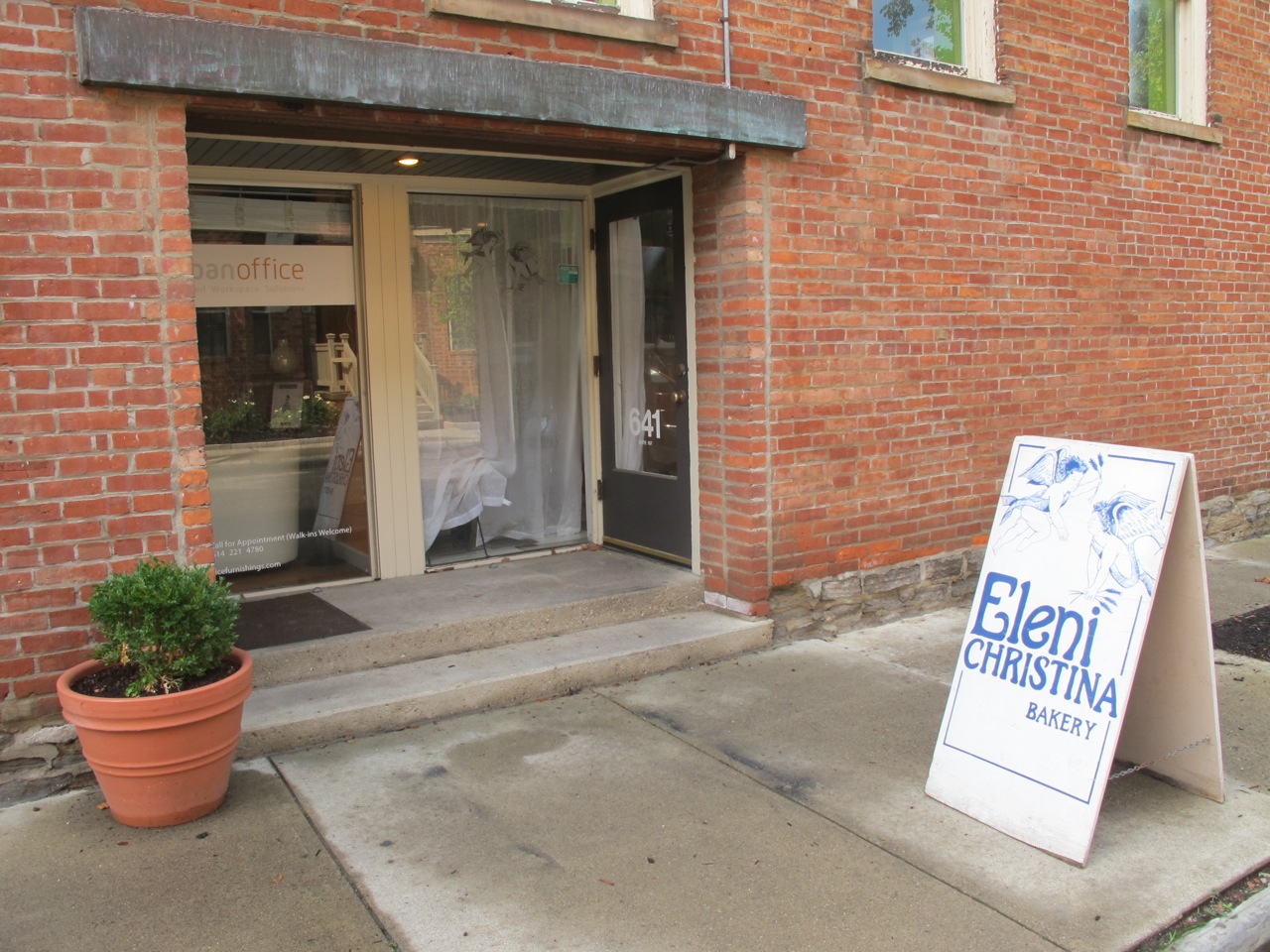 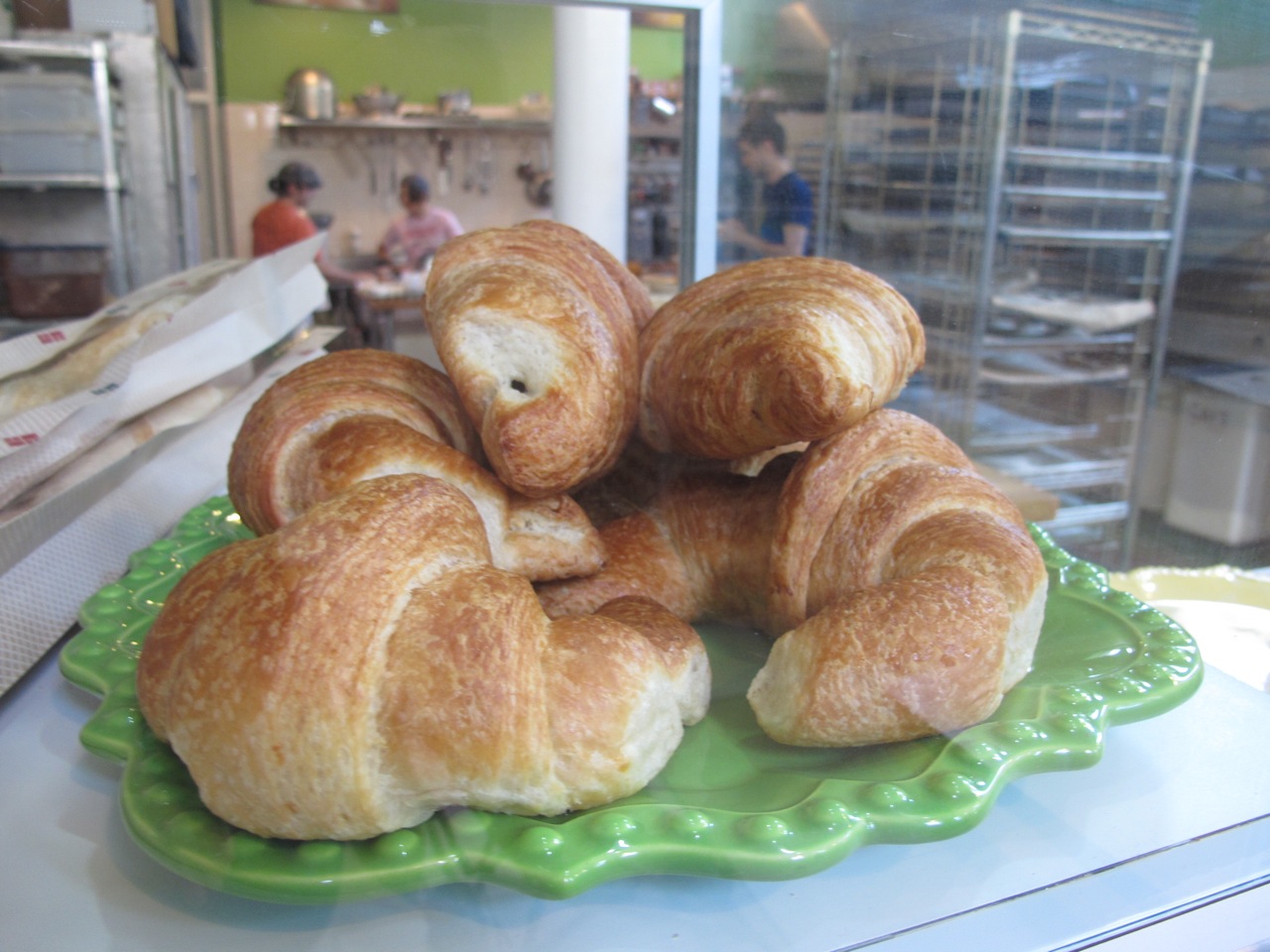 IMPRESSIONS: If you’ve eaten at Rigsby’s Kitchen or Tasi Cafe in past decade or so, you’ve probably eaten baked goods from Eleni Christina Bakery. The bakery is part of the same family of restaurants owned by the Rigsby’s (it’s named after their daughter), and has been supplying them (and other restaurants) with bread, croissants, rolls, and more. 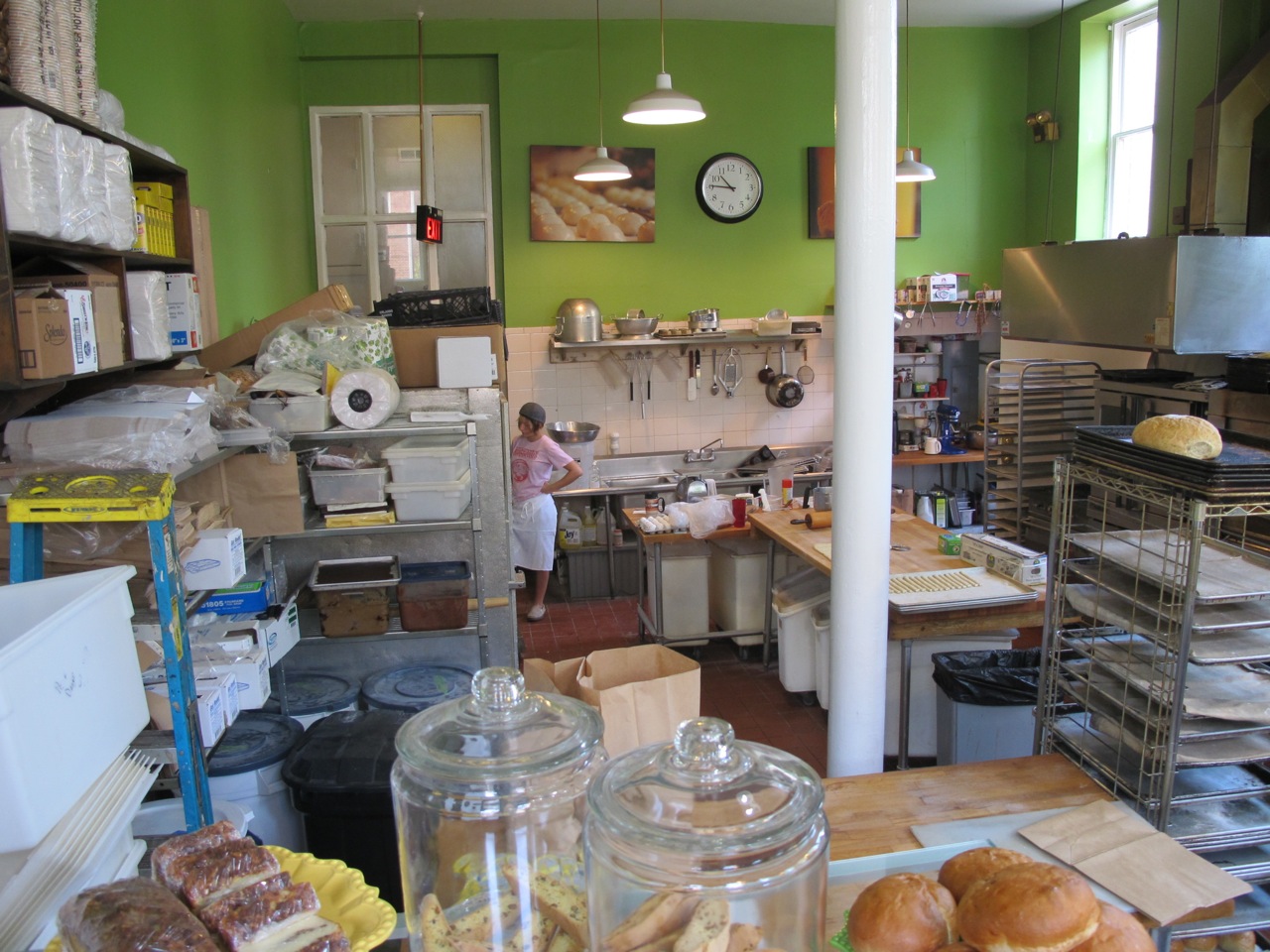 ATMOSPHERE: Once upon a time, the bakery had a small retail counter. I remember years ago, when we lived in Short North and Victorian Village, walking over to get biscotti. As the bakery’s production amped up, the retail operation got in the way, so they closed it up. But within the past month-and-a-half, with a little rearranging and setup, the retail corner lives again. 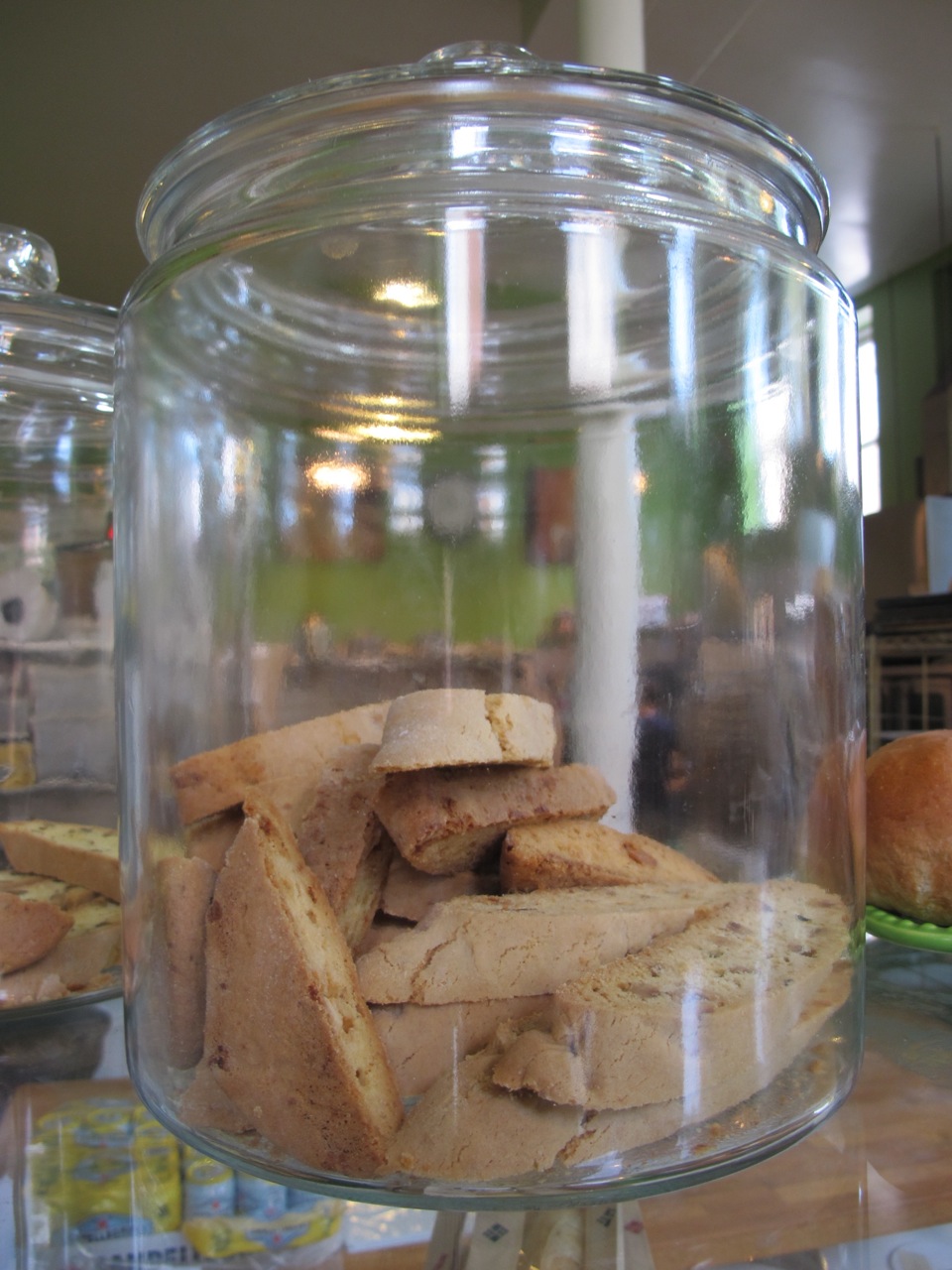 There’s nothing fancy about the bakery, especially compared to places like Pistacia Vera or Mozart’s or Angry Baker. But the goods are, well, just as good. The intention overall is to create more of a grab-and-go experience. 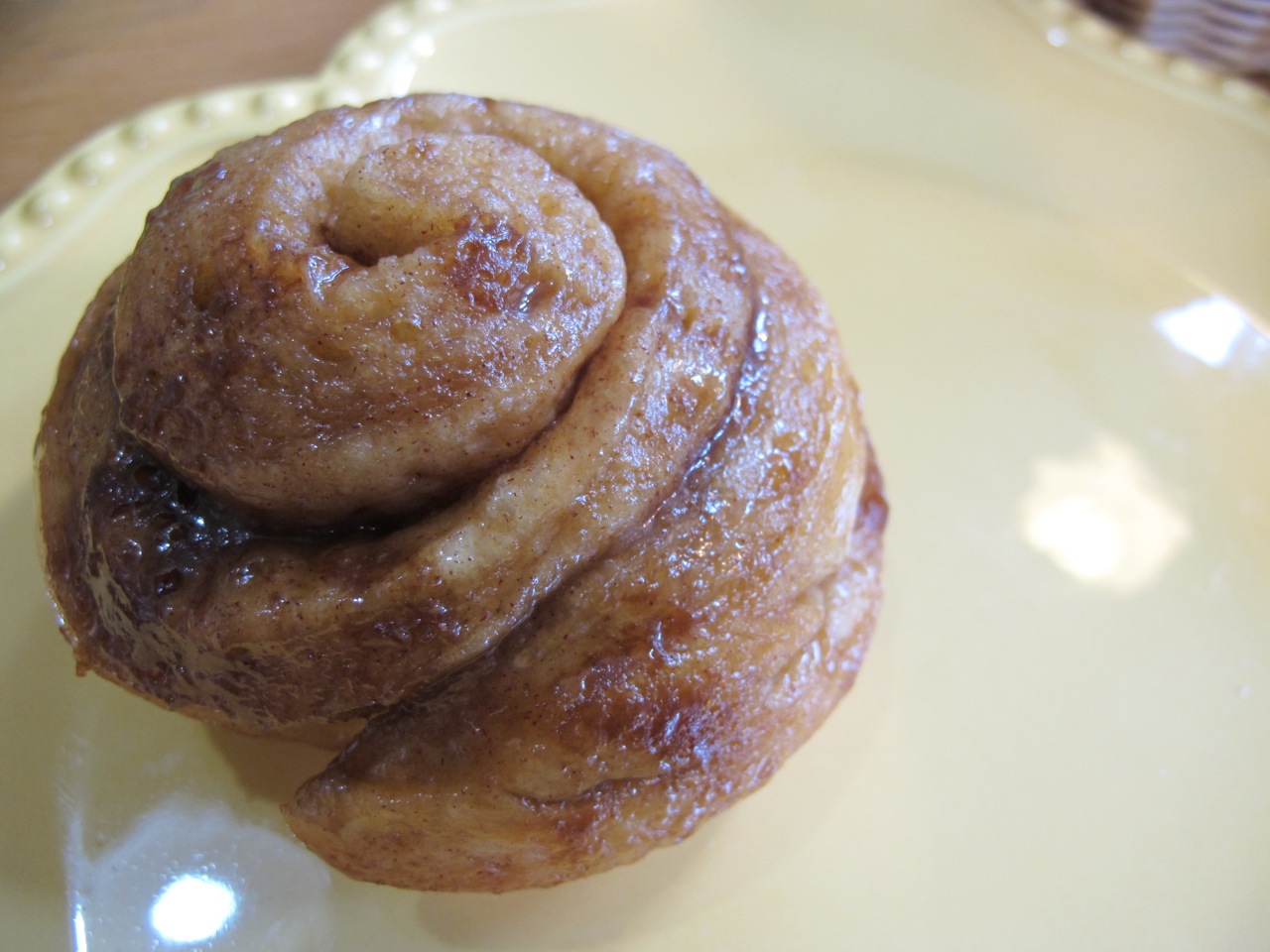 FOOD: Much of the available items are smaller size and good for a delicious snack, like cinnamon rolls, biscotti, croissants… 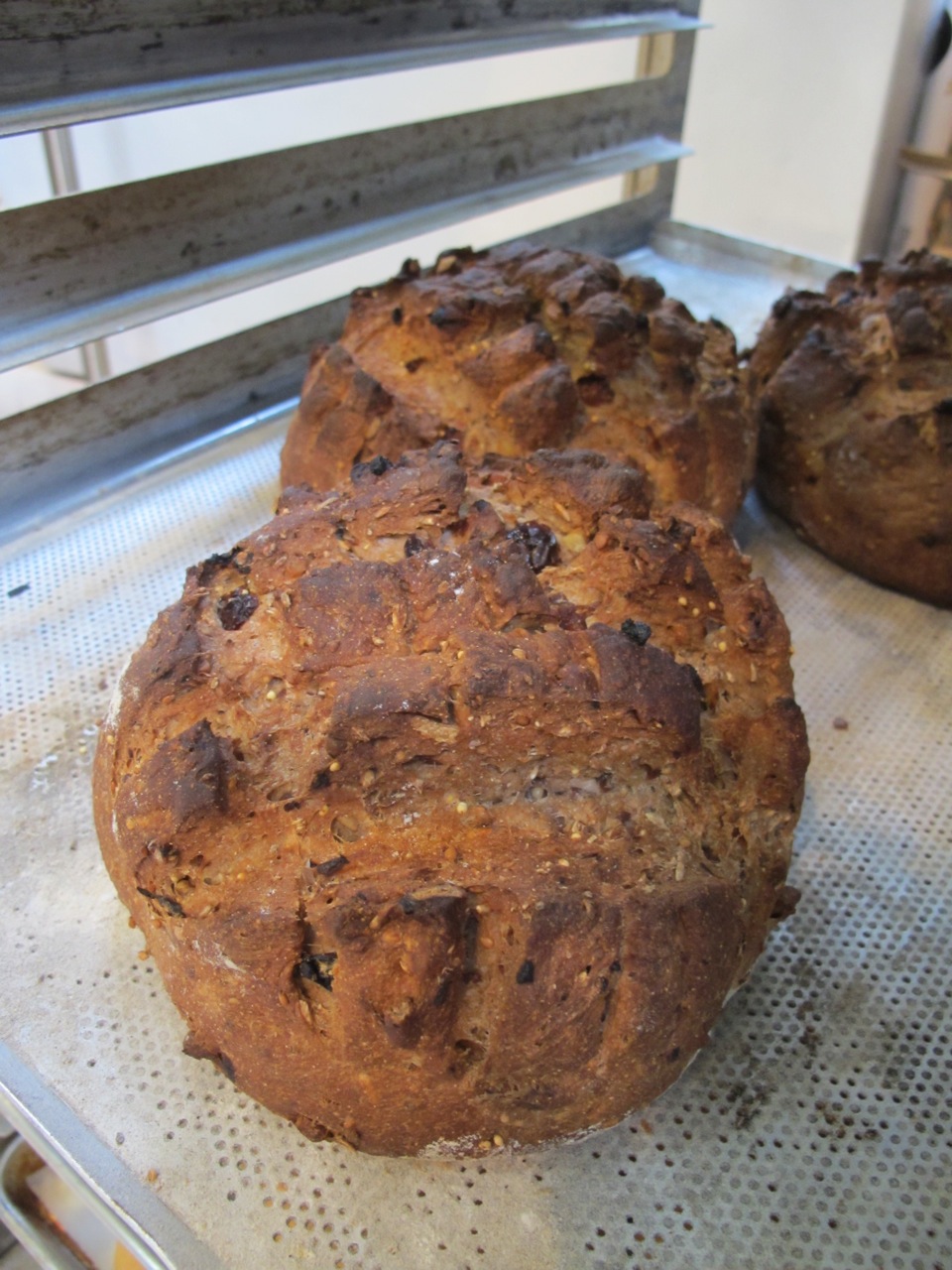 …or beautiful loaves of bread to take home. 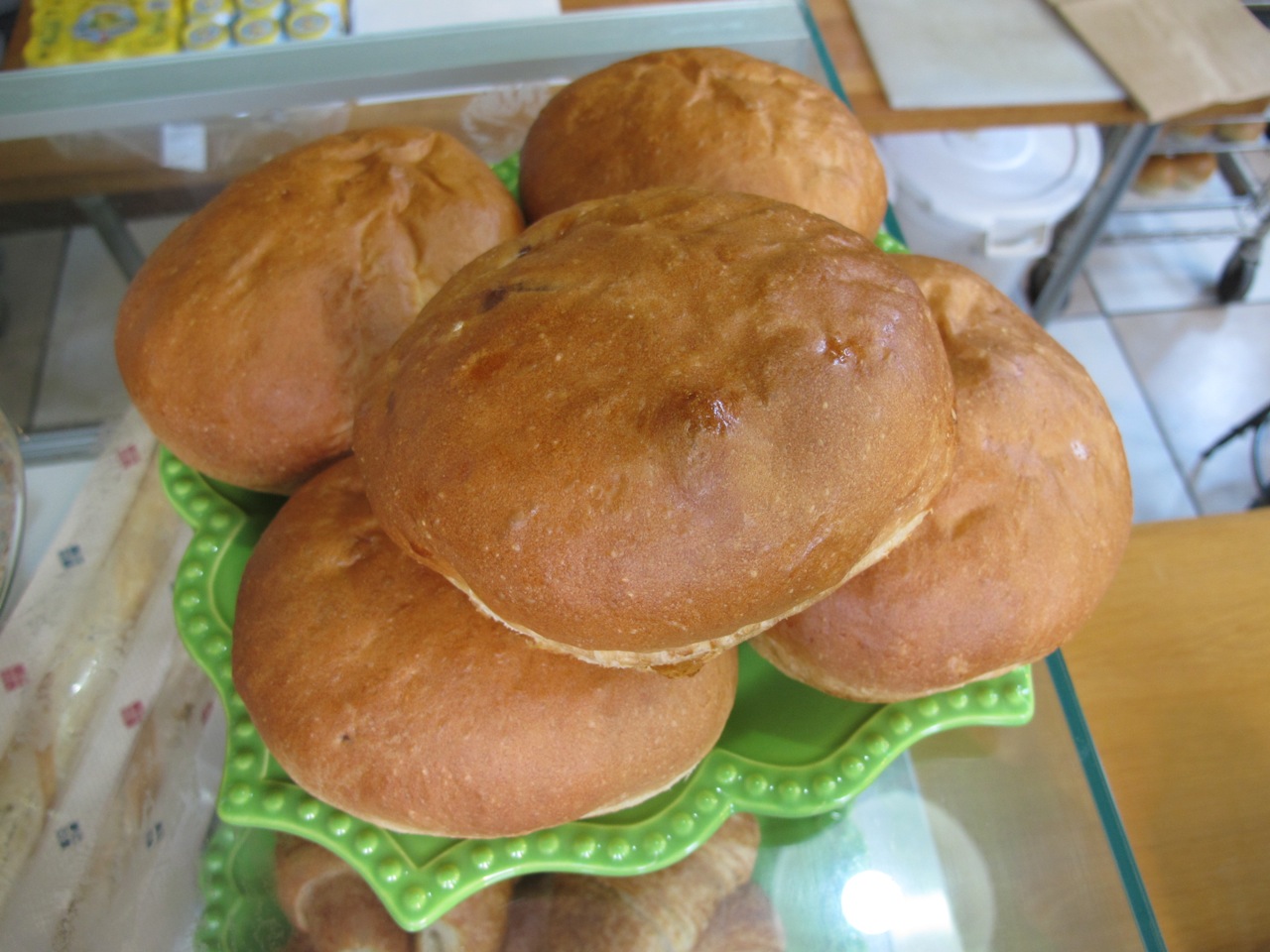 One of their signatures, and a stand-out on our most recent stop there, was their bacon cheddar challah bread. Their challah is top-notch; it’s used to make some of my favorite French toast in Columbus over at Tasi Cafe. 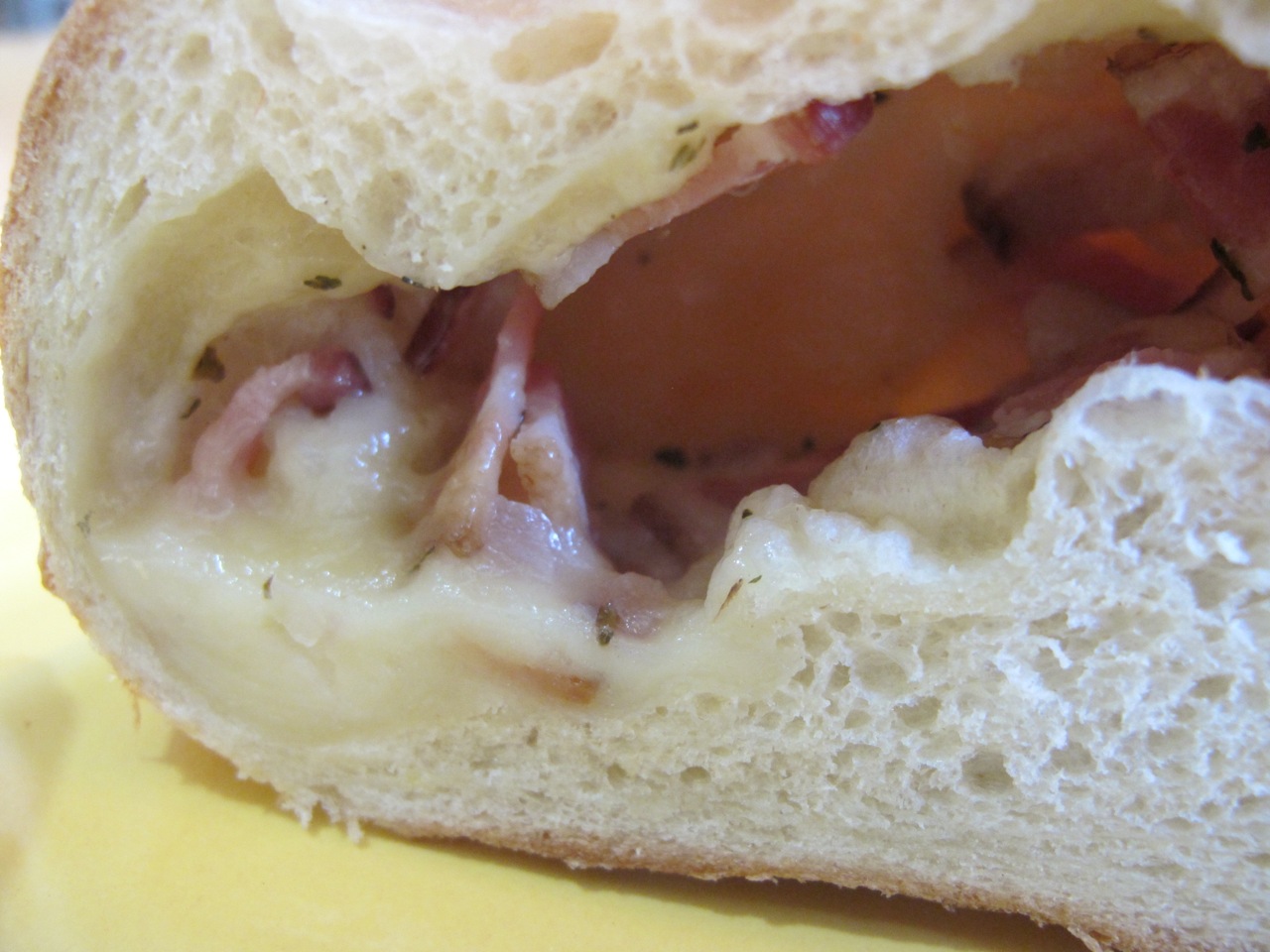 One of the folks at the counter called this a blasphemous piece of bread, given that challah is a traditional Jewish bread, and they’ve gone and filled it with bacon. It’s a delicious salty and savory snack. Surprisingly light overall. 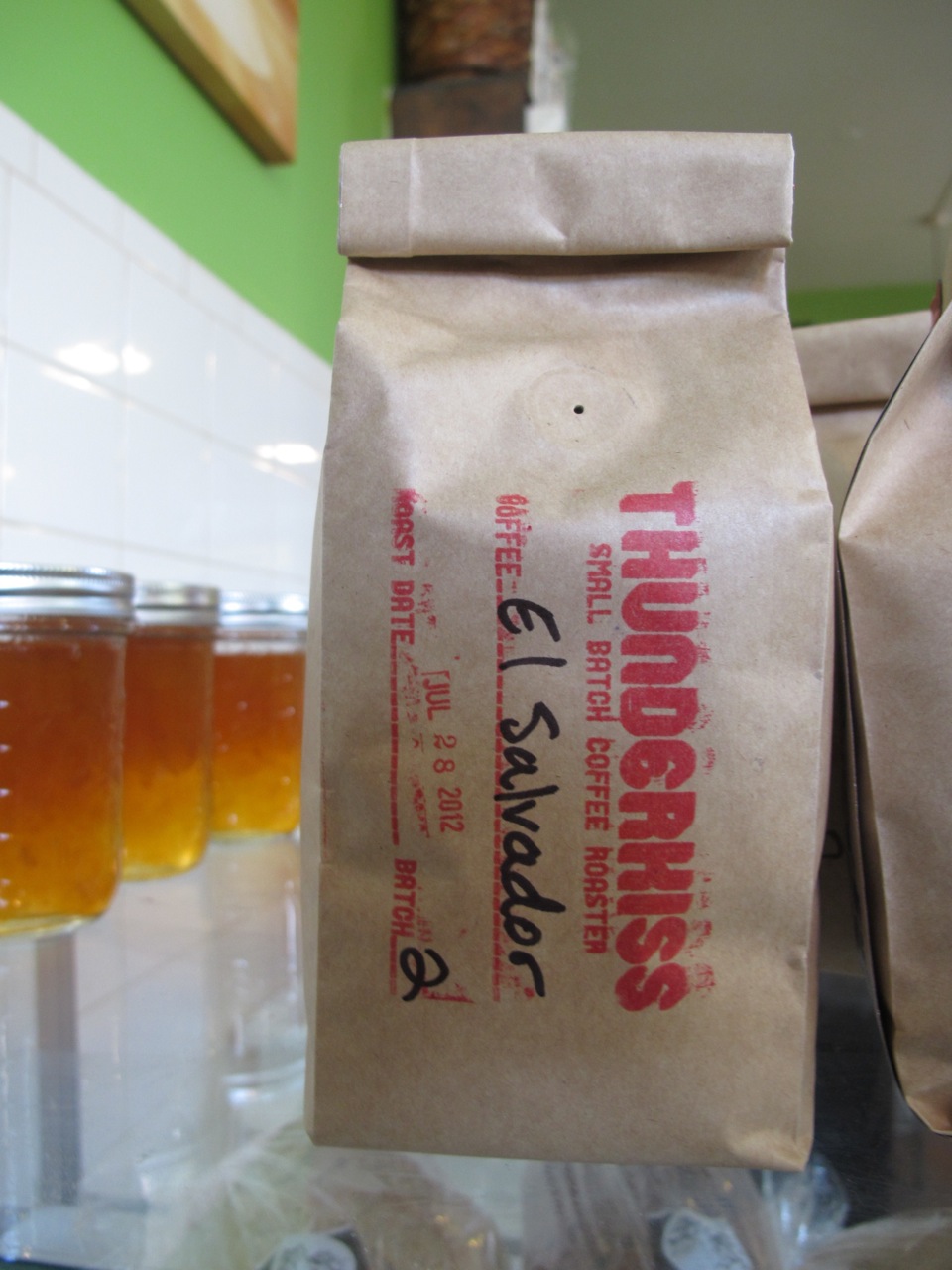 In addition to some lunch sandwiches and all the baked goods (cookies, croissants, tarts, and beyond), Eleni Christina offers brewed and whole bean coffee from Thunderkiss. 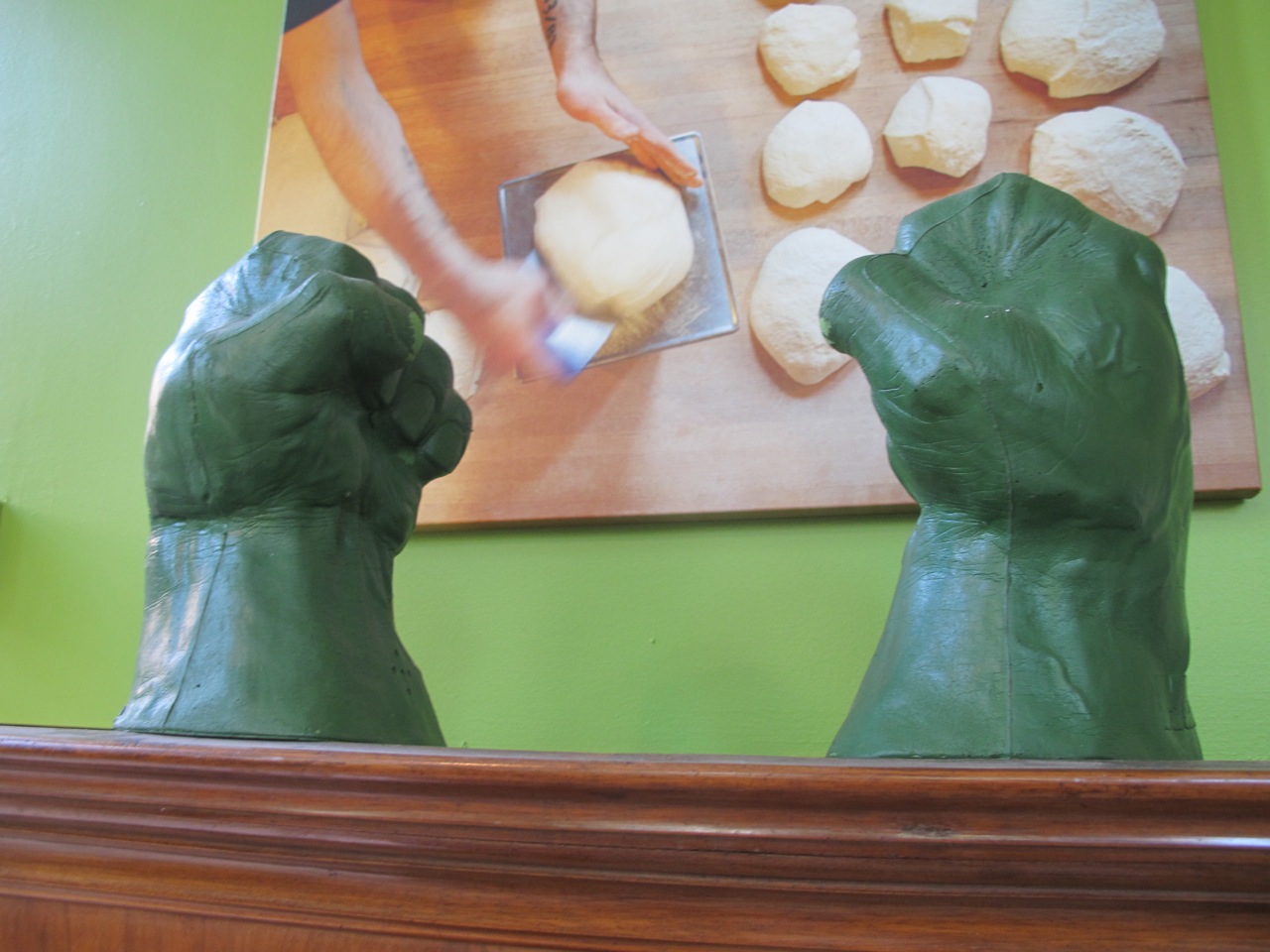 SERVICE: The bakery has a great history to it, being tied with the Rigsby’s and their pioneering efforts to establish Short North as a world-class neighborhood for shopping and dining. The kitchen exemplifies the fun and hard work they’ve put into it, so it’s especially rewarding to see the bakery open up to more customers. The crew is more than willing to talk about what they do and share their love of baking (even though they’ve been working since the early hours of the morning). We spent some time chatting with Joe about what they were currently making, and he pointed out a few other details about the space. It’s been freshly painted, re-arranged, and there’s new local artwork on the walls. They even found a home for these giant Hulk hands, which have been sitting around the bakery for years and years. 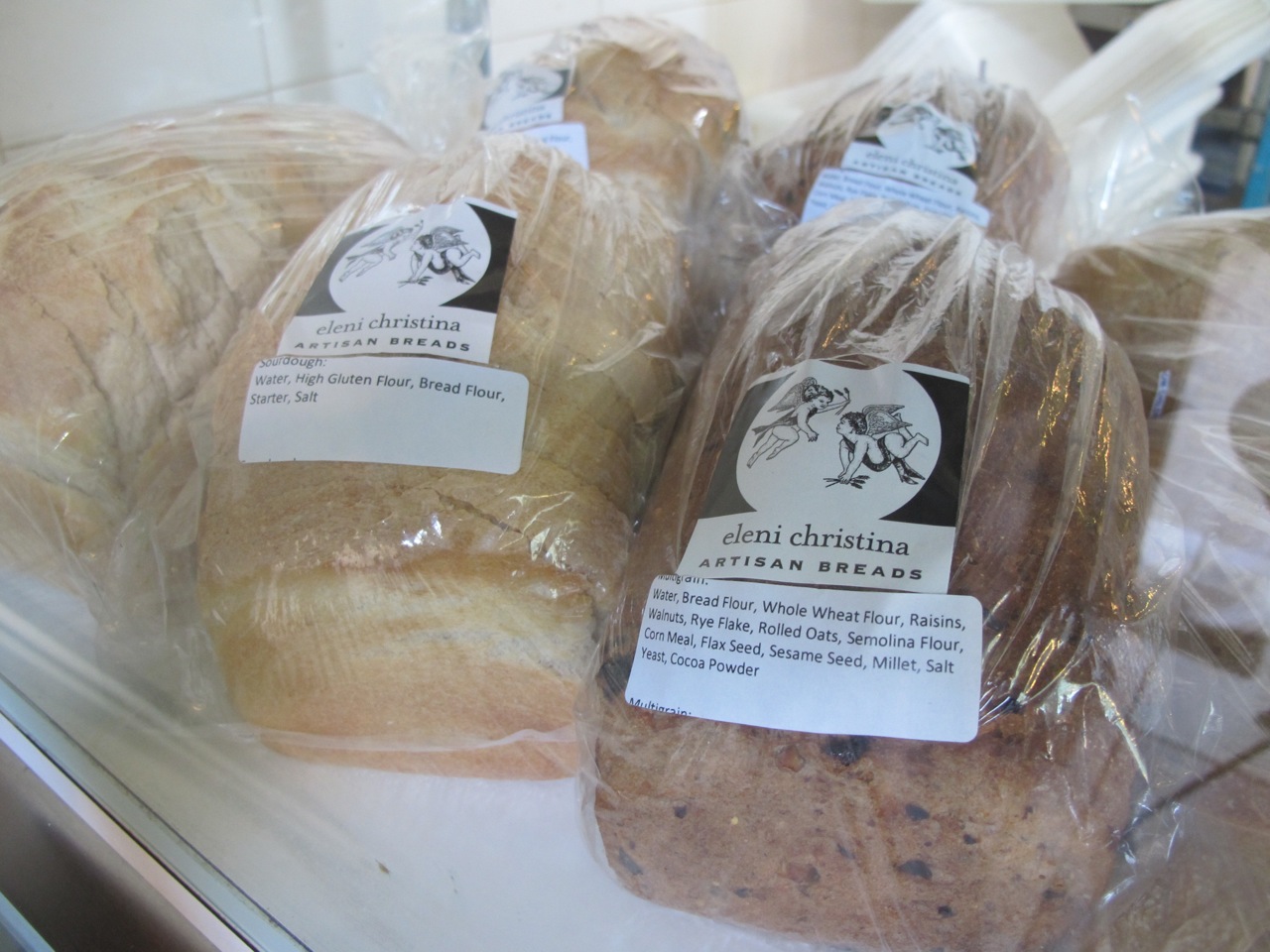 OVERALL: Eleni Christina’s re-opening as a retail establishment is a welcome addition to Short North. The bakery is rooted in the history of the neighborhood, and they produce high quality and amazingly delicious baked goods. Getting to stop in (Thursday through Saturday only, mind you) lets you take in the craft of baking and meet some of the people who are passionate about it. 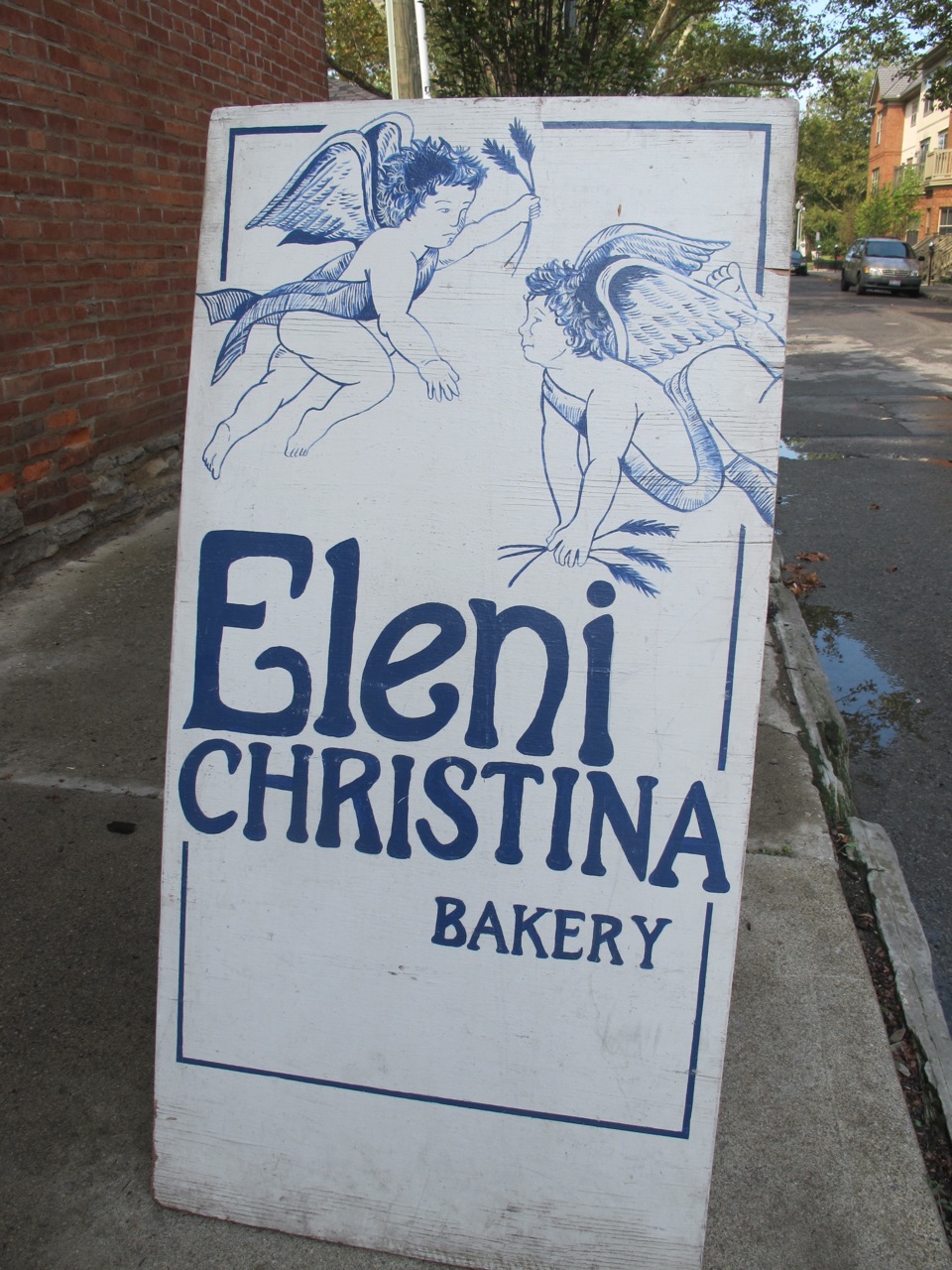