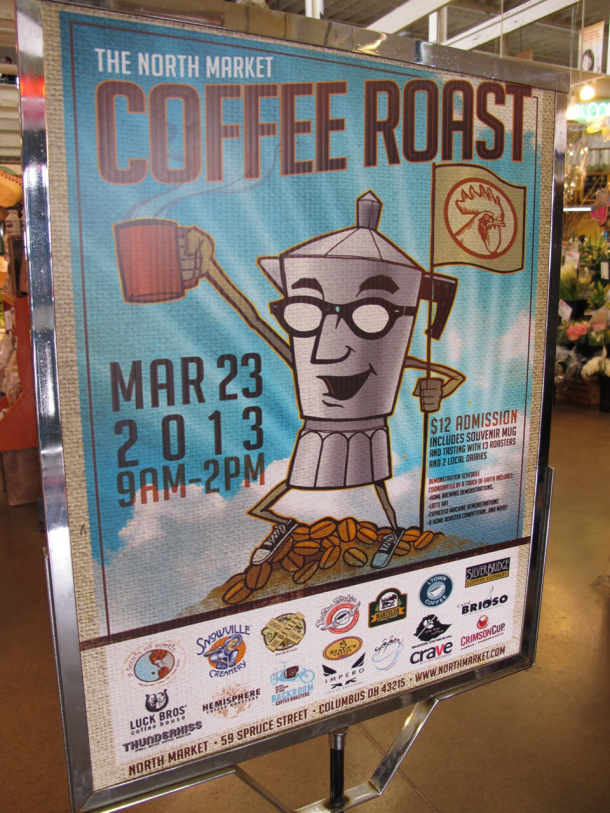 Saturday was the second North Market Coffee Roast. Last year’s event was an overwhelming success, and with a few additions and re-organizations, this year saw sold-out crowds lining up to taste the fares of Columbus’ amazing coffee culture. 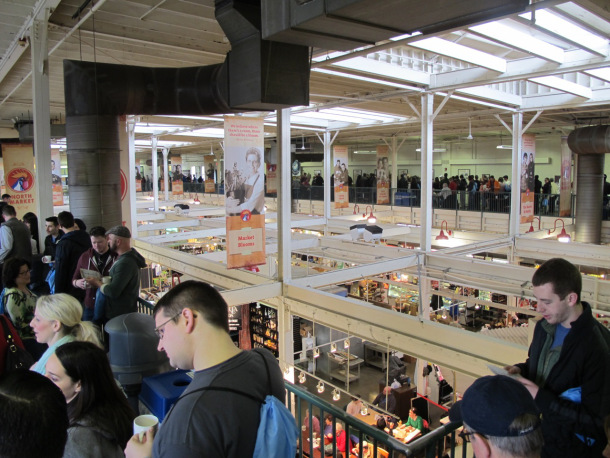 It’s always hard to fault an event for being popular – especially those events at North Market like the Microbrew and the Ohio Wine Festivals. North Market is a central location, and their continued role as an incubator of small businesses makes them ideal for showcasing a cross-section of Columbus specialties. I arrived about fifteen minutes after the event started and found pretty long lines already. But I think the key to going with the flow is to have good company with you. That way you can chat and enjoy each other while waiting to sample everyone’s roasts. 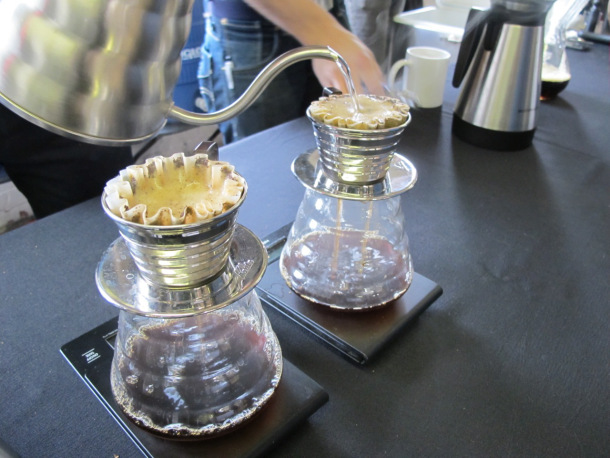 I started in the southwest corner and sampled a decent amount of the coffees available. 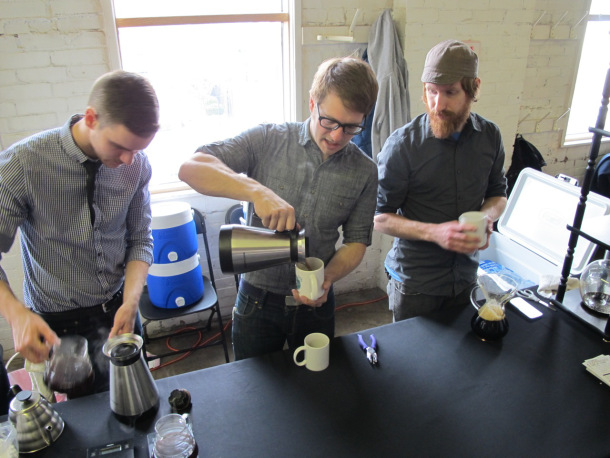 I got to start with one of my favorites: One Line Coffee. I first discovered them at last year’s festival, and I look for any excuse to stop by their Short North shop. 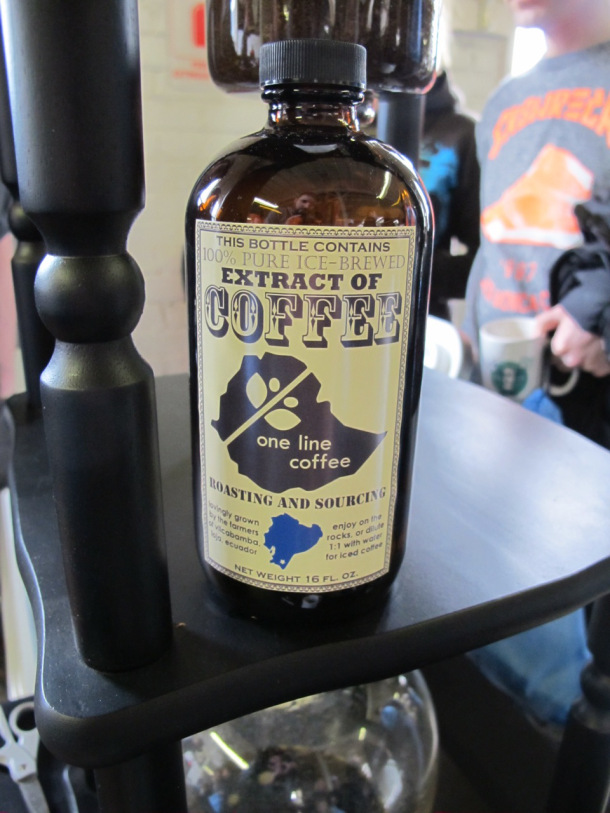 You can almost think of One Line as coffee scientists, with their bubbling, steaming glassware and Kyoto-style cold drip towers. Soon enough they’ll begin selling the cold brew in bottles. They had it at the event, too – I enjoyed a small mug of it over ice. The Kyoto-style is a 12-hour process that results in rich and concentrated cold coffee, usually served on the rocks almost like a coffee cocktail. 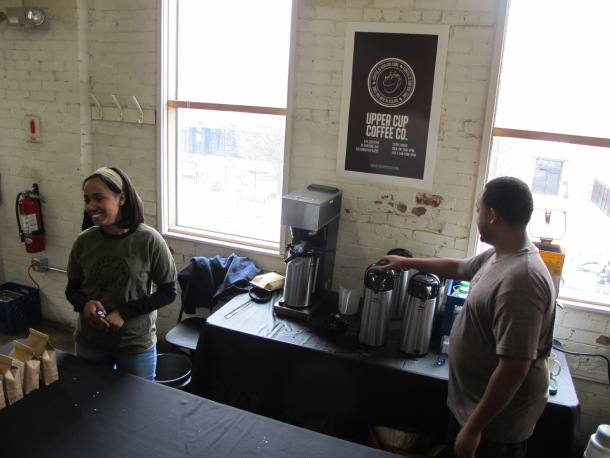 Next to One Line was Upper Cup Coffee with a smaller (but no less impactful) setup. I still have not been to their shop, but my chat with owner Michael and his sister reminded me that I’ve been missing out. 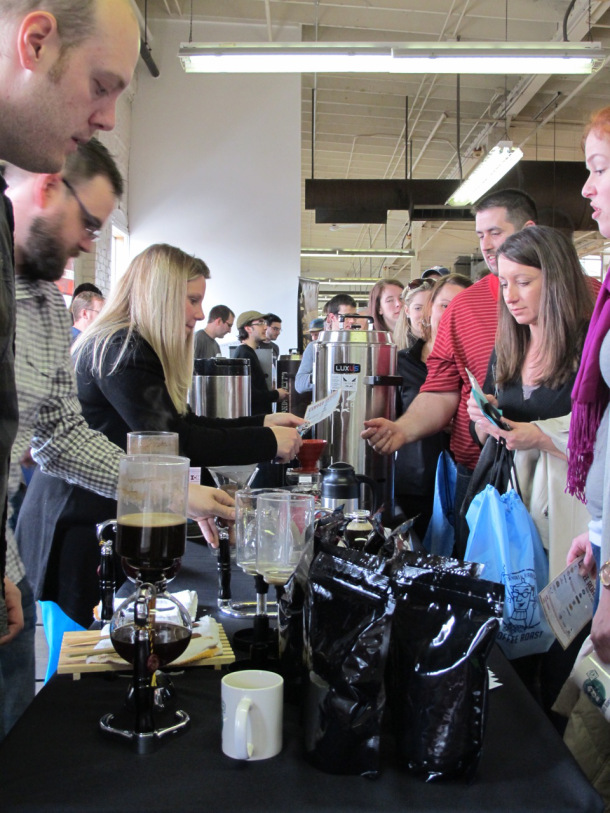 The Impero table was swamped with eager coffee drinkers. 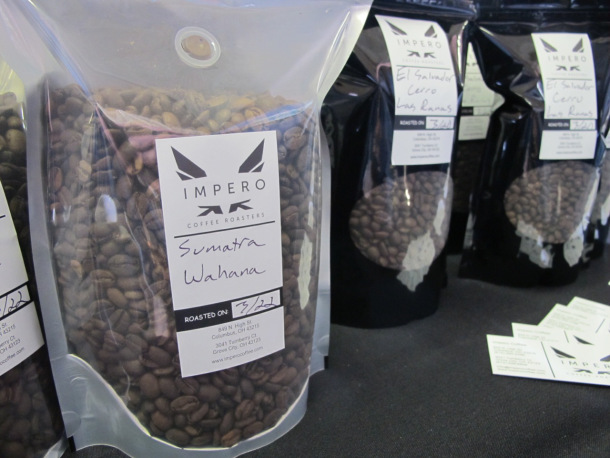 Most of the roasters had whole beans available, too. 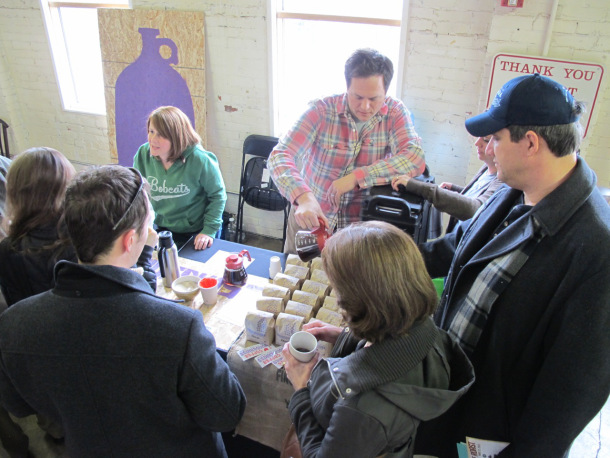 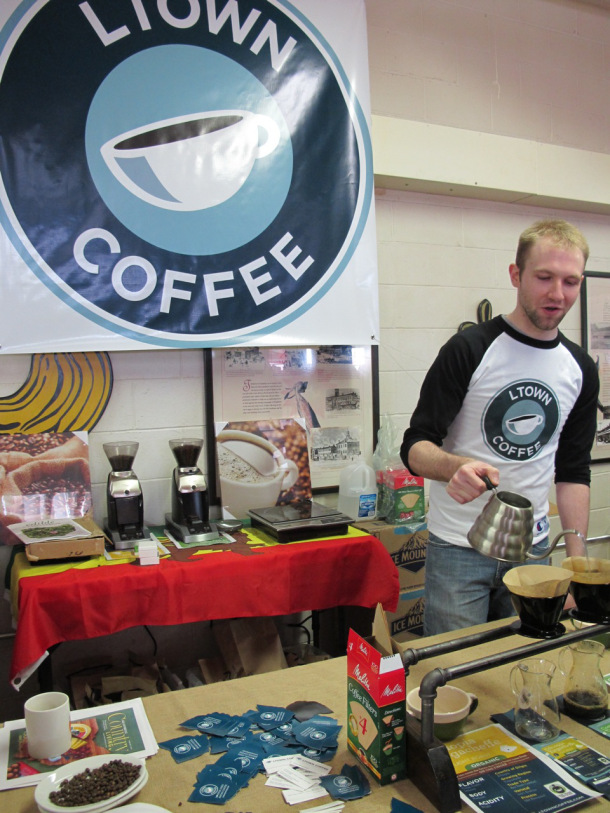 I got sample LTown Coffee out of London, Ohio. They were keeping the pour-overs rolling. 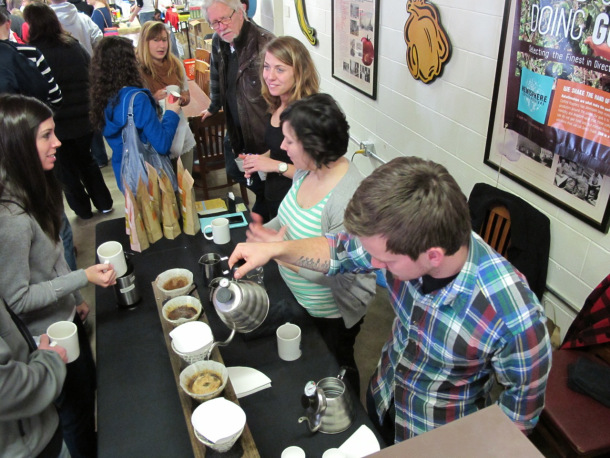 Another of my favorite roasters, Hemisphere, had a table, too. It was hard to get a picture of Hans and Joelle, as they never stopped moving! 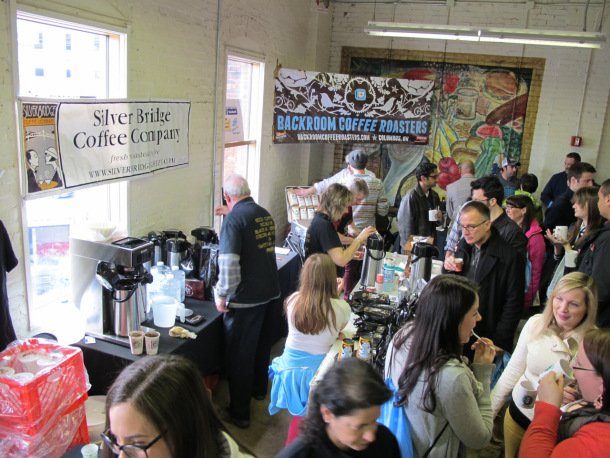 One of the busier corners included Backroom Coffee Roasters and Silver Bridge. 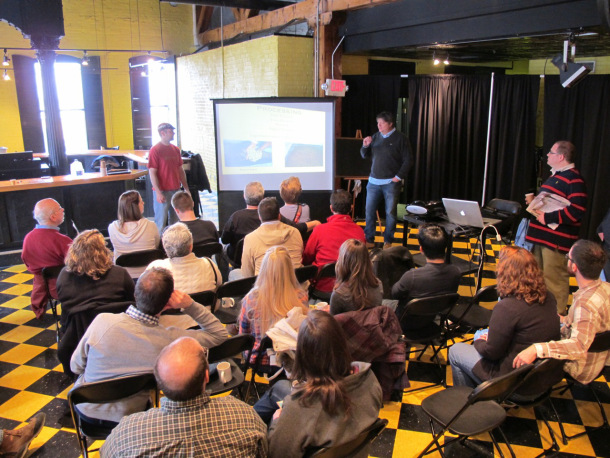 The main event space of the Market was split in two. One end was dedicated to different talks, presentations, and demos about coffee. Here’s Jeff Davis of Cafe Brioso and Mark Swanson from Stauf’s/Cup O’ Joe discussing coffee sourcing. 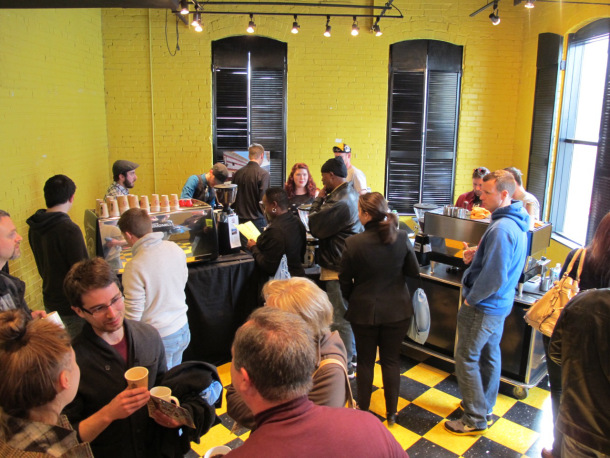 The other end of the room featured two carts pulling shots of espresso and making lattes and cappuccinos. This showcased the work of Columbus’ great baristas. It seemed like a collaborative effort, although I saw coffee evangelist J.J. (seriously, that’s what his business card says) from Brioso overseeing things. They also had a table with self-serve coffee from Boston Stoker. This was a smart addition: if someone just wanted a cup of coffee without having to wait in line, they could help themselves.

Overall, another great event. It demonstrated again how awesomely well Columbus does coffee. I’ll be there next year. I think what’s most telling is that when I went home I was craving even more coffee (despite having more than enough at the Market), so I brewed up a French press of Hemisphere beans. That’s the point of the Coffee Roast: you’ve discovered these new places, now go visit them for a cup of coffee or a bag of beans.