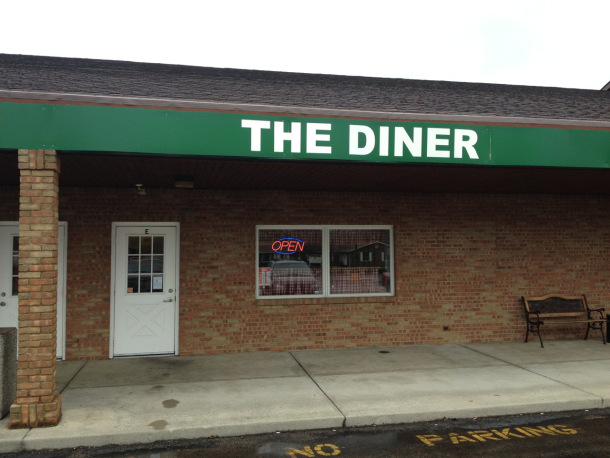 [EDIT: The Diner and its replacement, the North Liberty Diner, are closed.] 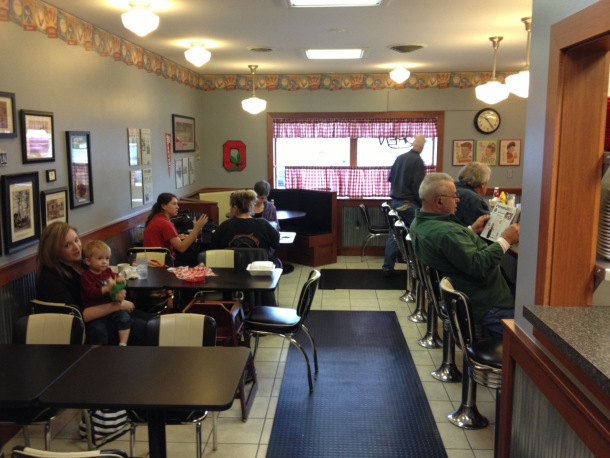 Once in a while there are little whispers on the wind. Have you heard? There’s a new diner in town. This is when a breakfast blogger dons his traveling cloak, pulls on his boats, grabs his walking stick, and goes on an adventure. In this case, he trekked his way up to Powell – not quite as far as Mount Doom, but a small journey from central Columbus nonetheless. 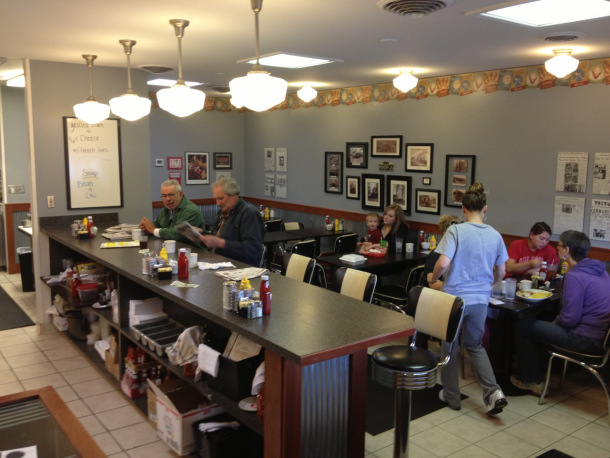 The Diner – which is as straightforward of a name as you can get – is in a small stretch of stores a couple blocks north of downtown Powell. The space used to house the Grace Diner and briefly a place called Jodi’s Home Cooking, but has now been nicely renovated and brought to life again. The restaurant is one simple room, with a five-seater counter and about eight tables.

When we arrived, we found the diner half full, which is a great sign. Our server told us they’ve been in business for two months, and they seem to be drawing a steady crowd. Another good sign of a healthy diner: the regular “old guys” who are sitting at the counter. That’s when you know a diner has truly taken root in a community. 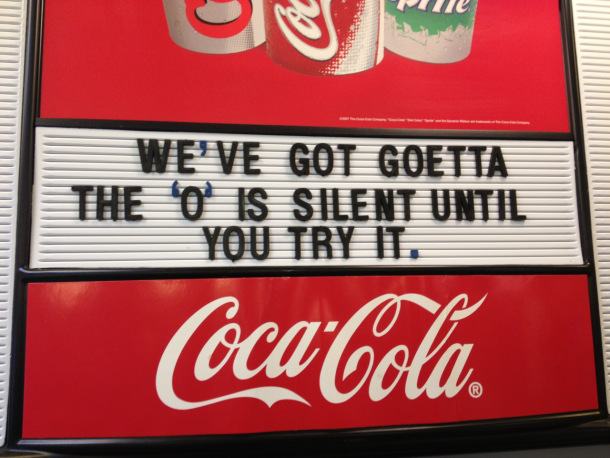 One of the first things I heard about the diner was that they served goetta. Yes, goetta. If you’re a native of Cincinnati, then you recognize this as a piece of home. If you’re a non-native, or you’ve just never heard of it before, goetta is a dish created by German immigrants in the greater Cincinnati area. It combines meat scraps (usually pork) with oats, spices, sometimes onions, then is sliced and fried. 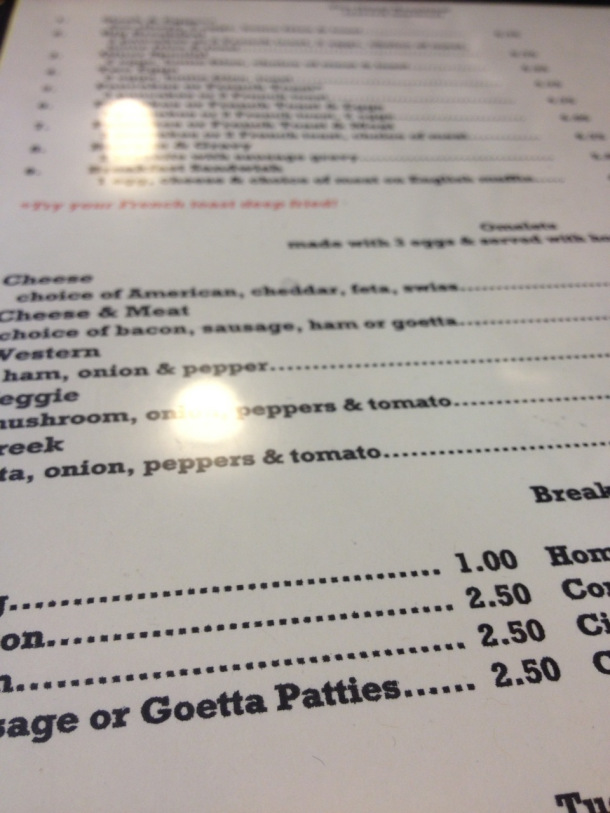 And yup, there is is on the menu. 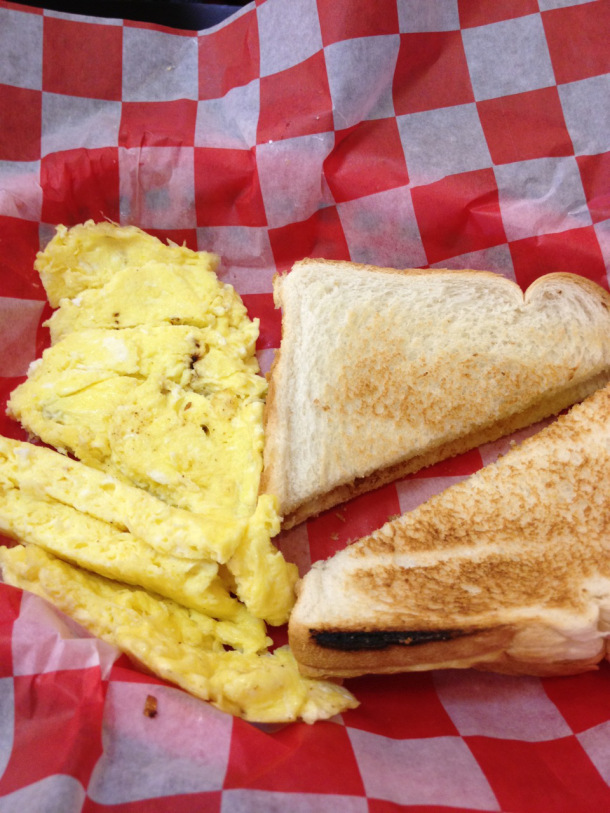 First things first, though, before we get to the goetta. For my 1.5-year-old I ordered some scrambled eggs and toast a la carte. 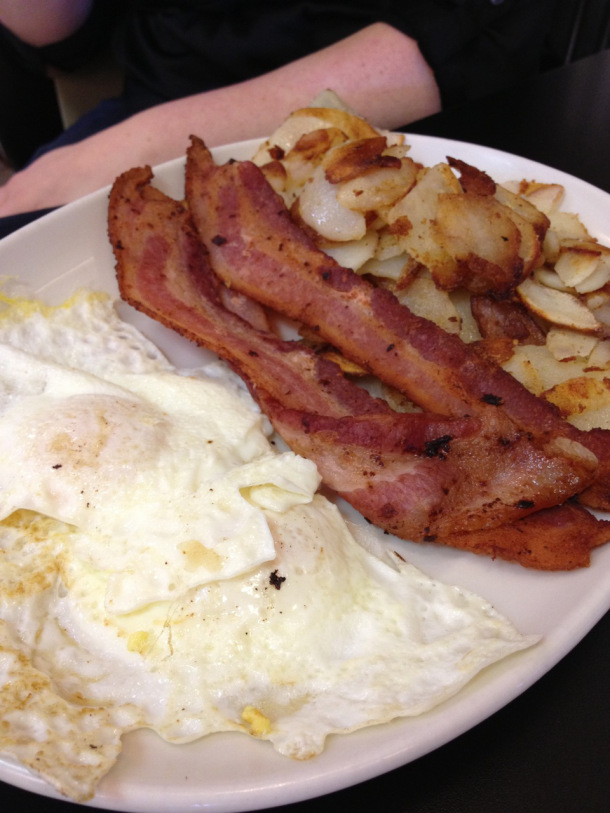 My sister-in-law ordered the Diner Special: eggs, home fries, meat, and toast. None of this was astounding, but it was exactly what you’ve come to know and love from a good diner breakfast. 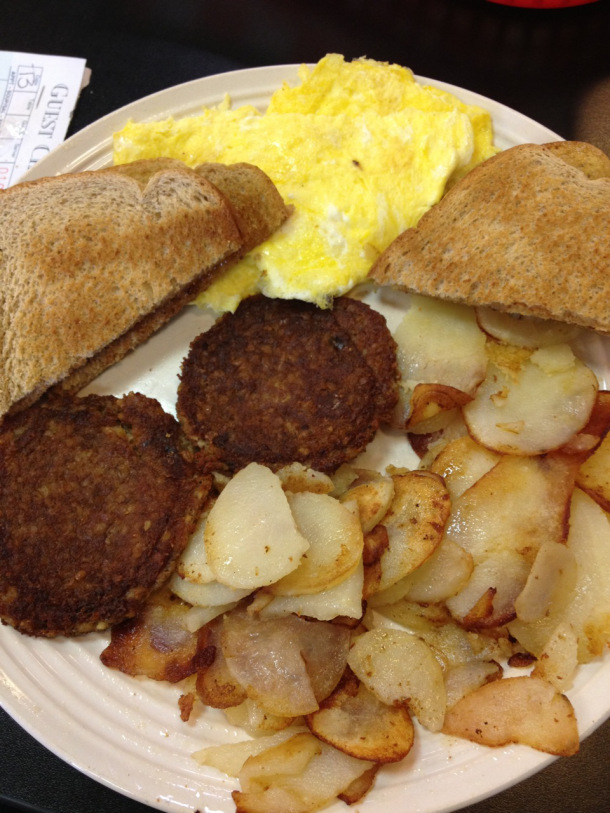 I was feeling a little off-the-hook, so I went for the Big Breakfast: two eggs, meat, home fries, and toast. Eggs and toast were just fine, potatoes were appropriately crispy (my 1.5yo ended up stealing most of mine), although they could have used a little more seasoning. Of course I chose the goetta as my meat. This was actually my first time having goetta, so I’m not sure how this version stacks up to the popular Glier’s brand out of Cincinnati (although one of the cooks did say they get their goetta straight from Cincy). The patties were a little thinner than I expected, but they still packed a flavorful punch. The outside was nice and crispy, while the inside was a tad chunkier than the scrapple I’ve tasted. I got a sense of bigger chunks of meat plus the oats, and I know I saw onions in there. I couldn’t identify all of the spices, but it was enough to differentiate from a standard breakfast sausage. 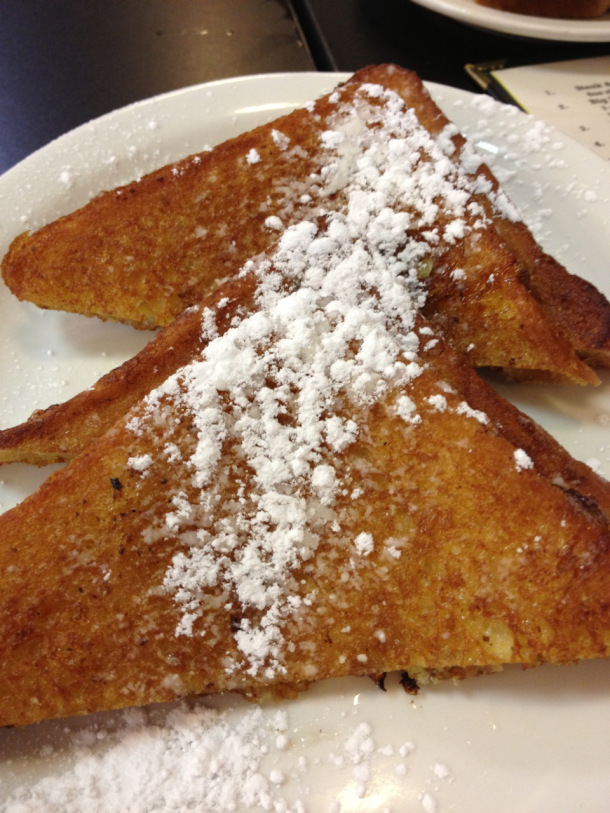 The Big Breakfast also comes with your choice of three pancakes or two slices of French toast. I’m more partial to French toast, especially when you have the option to order it deep fried. Why just batter French toast and throw it on the flattop when you can go full force and fry it?! There’s a lot to like about French toast like this; as my sister-in-law said, it tasted like funnel cake. 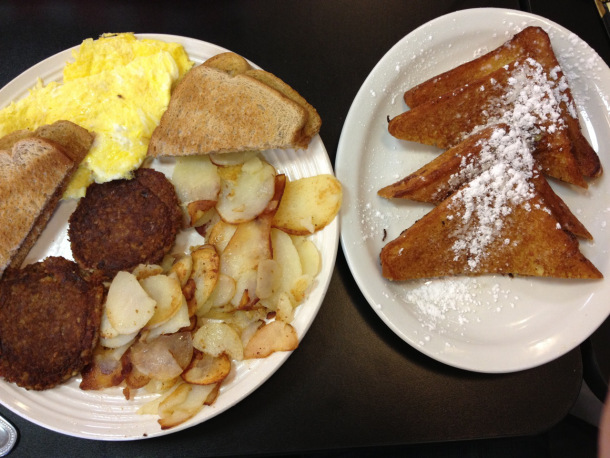 Our food did take a little while to come out – maybe because they had to deep fry my French toast? – but I later found out that the owners were out of town, so perhaps it was someone newer at the grill. Still, the wait wasn’t horrible and the food was comforting and filling.

So what do you think? Goetta aficionado or not, I think The Diner is worth checking out, at the very least to support a locally owned business and help establish a diner for this part of town.