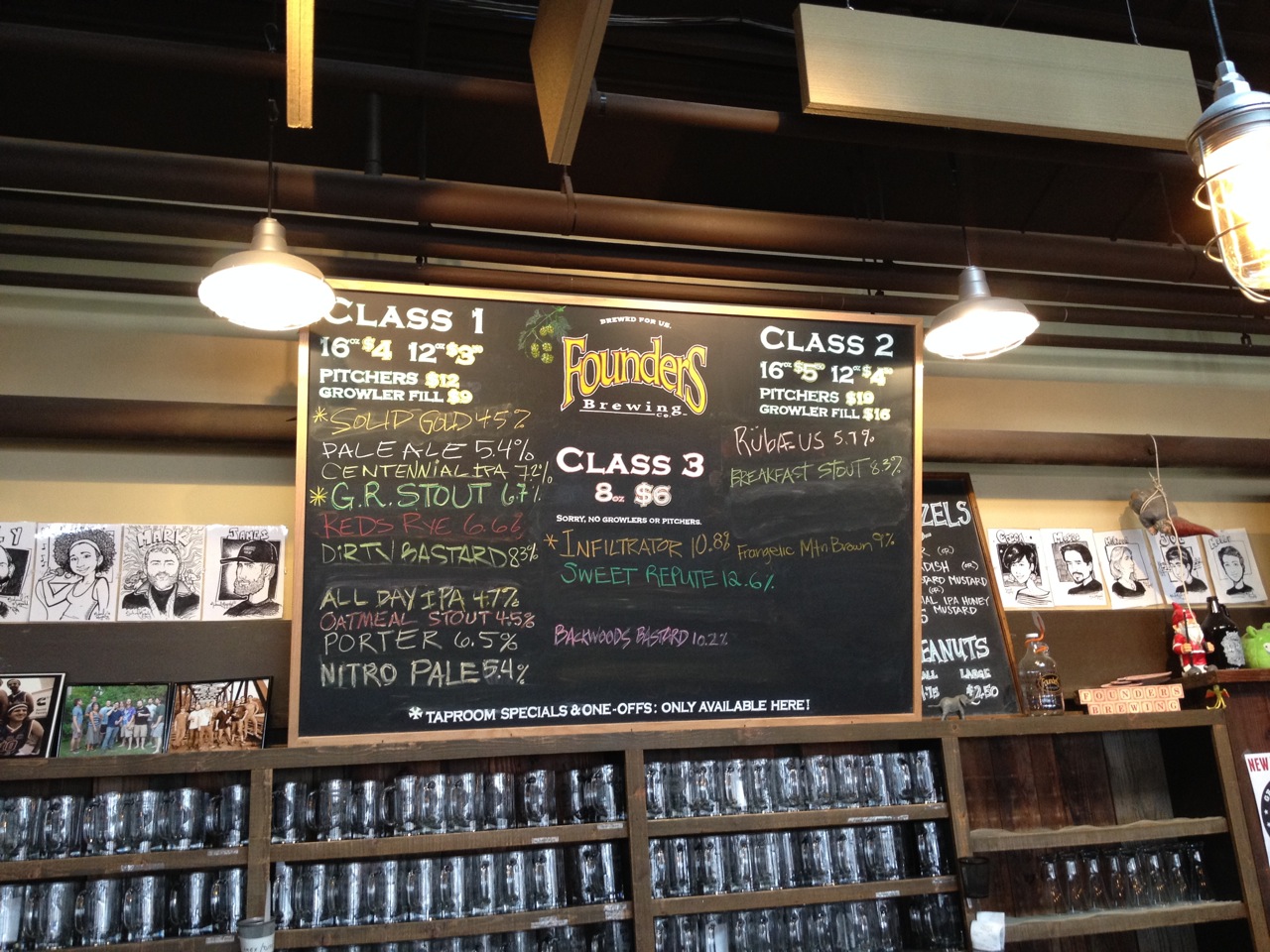 Over Christmas break we traveled up to my hometown of Grand Rapids, and any visit there usually includes a stop at Founder’s Brewery. I’ve written about Founder’s before, but only from the perspective of enjoying their beer, and prior to recent renovations. 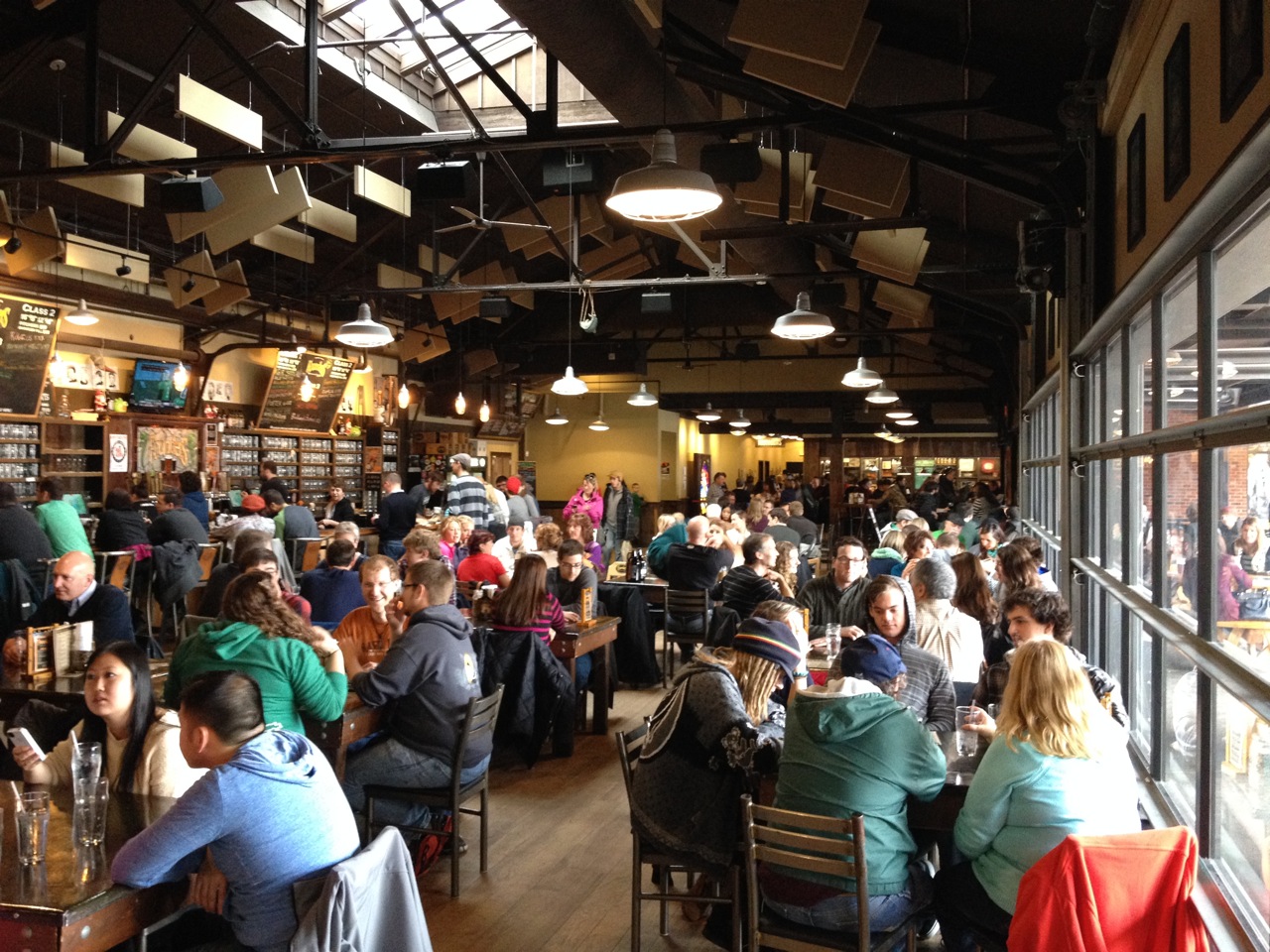 Since that visit, Founders has expanded their production facility, the front patio, the seating area, the gift shop… well, everything. The space is still beautiful and open, with lots of natural light, a big long bar, and plenty of tables. The live music stage has also been raised. 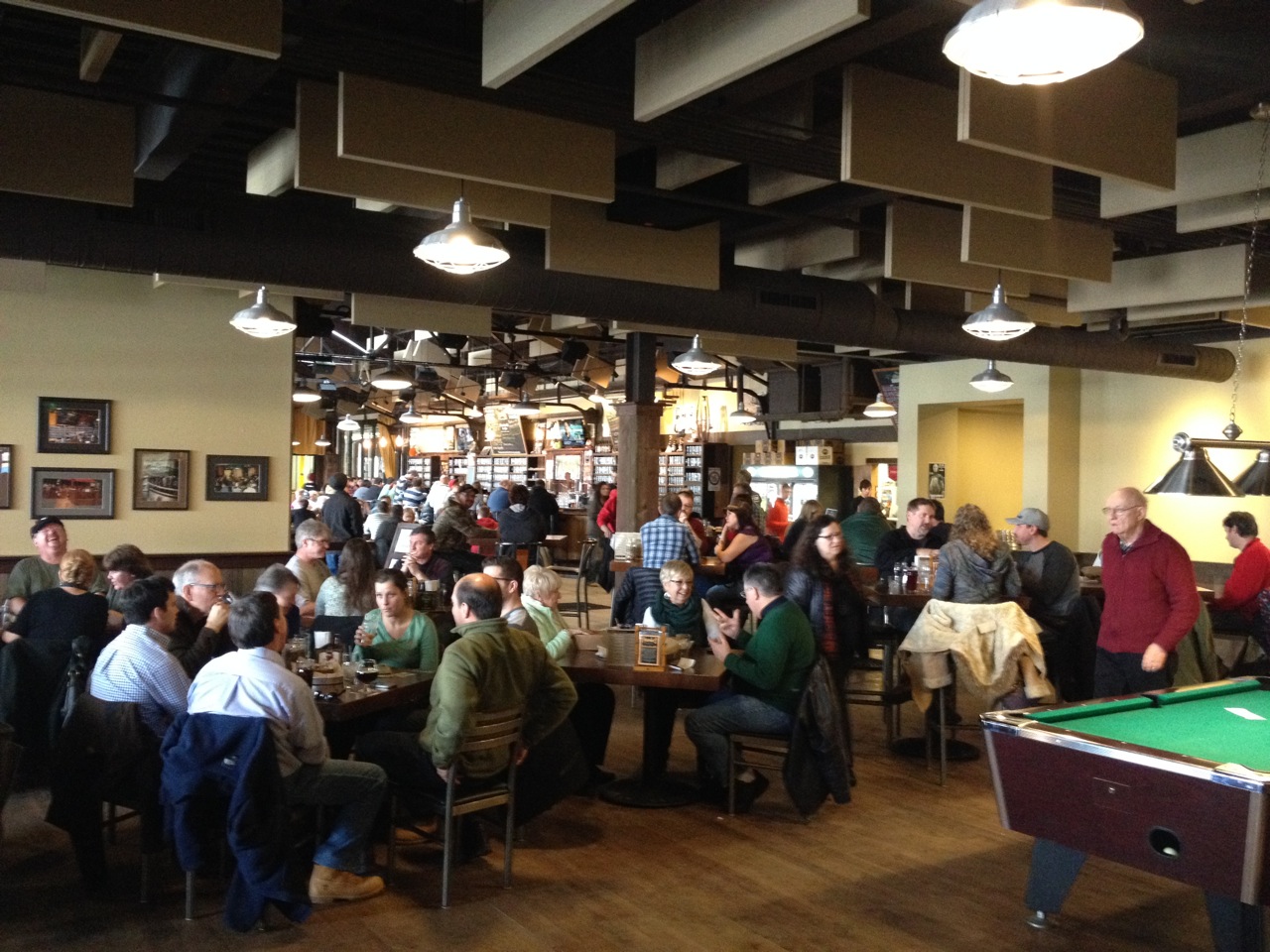 One of the additions is a small expansion of the seating area in the former space of the gift shop. It wasn’t as big as I expected, but more seats are more seats. They also installed a second smaller bar (not pictured); it’s the original bar from Founders’ first space. 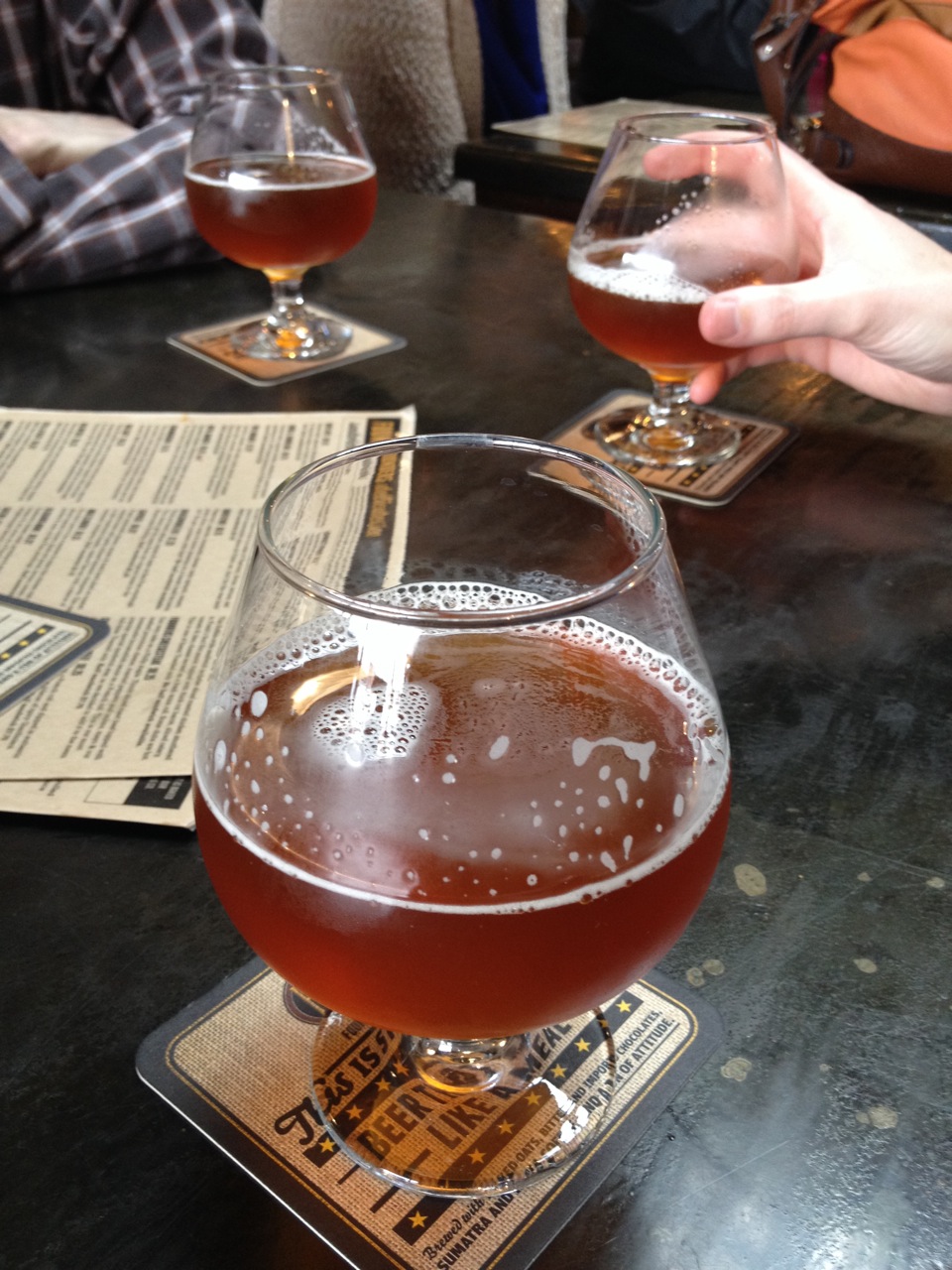 You sometimes have to play the wait-and-hover game to find a table. We expected lunch to be less busy, but I’m guessing everyone had the same idea, to stop in for lunch when on winter break. After a short wait, we found a group of diners packing up and snagged their table.

The first order of business was buying a round of Founders Sweet Repute, the latest entry in their Backstage Series of specialty brews. Sweet Repute is a wheat wine (a strong and typically malty ale containing at least 50% wheat on the grain bill) that’s aged in both bourbon barrels AND bourbon barrels that held maple syrup. So, sweet and boozy is the name of the game. I loved the Sweet Repute: it’s rich with a 12.6% ABV bite. 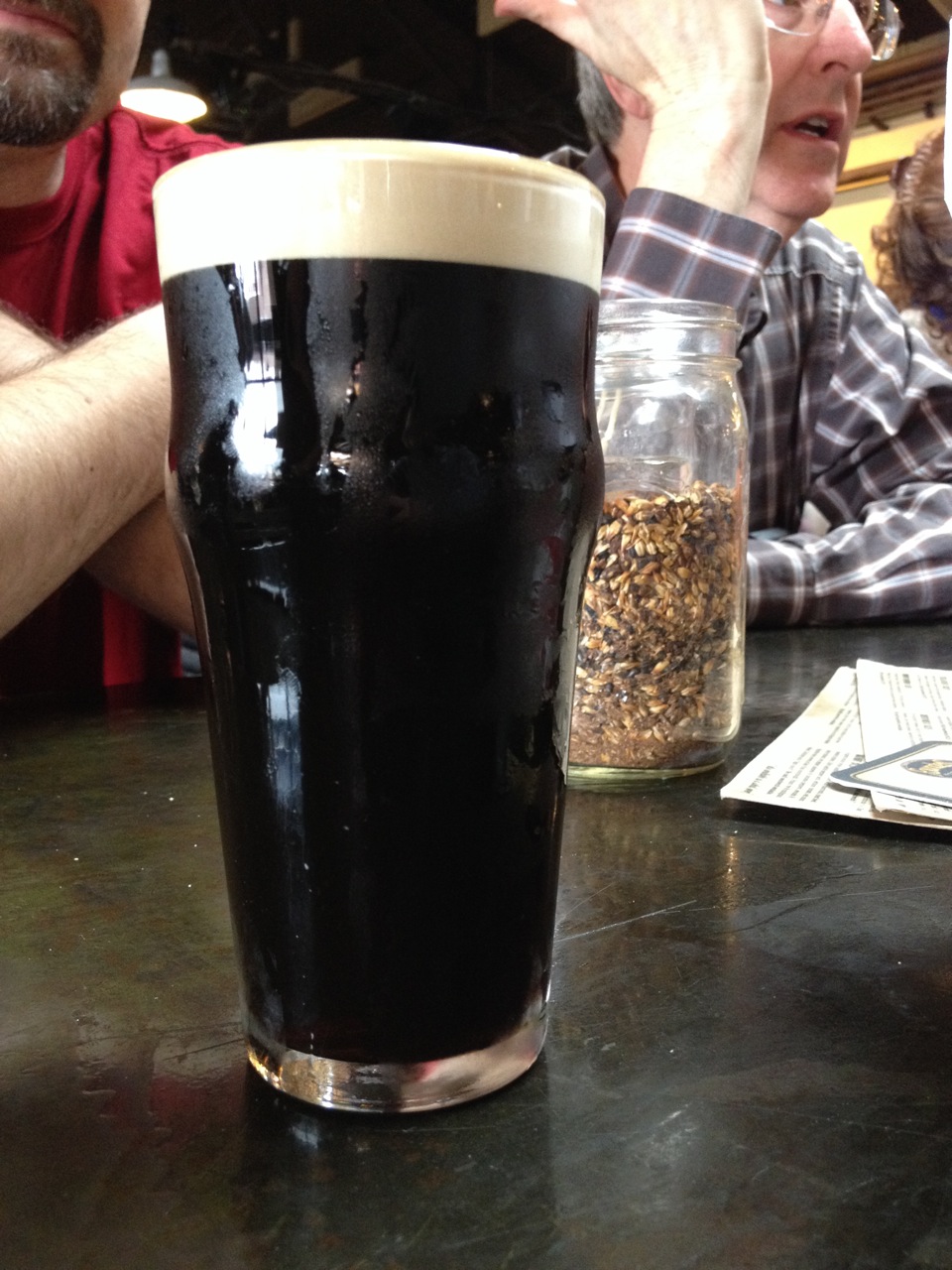 My brother also ordered the oatmeal stout on nitro tap. The addition of oats to the beer lends a wonderful smoothness. 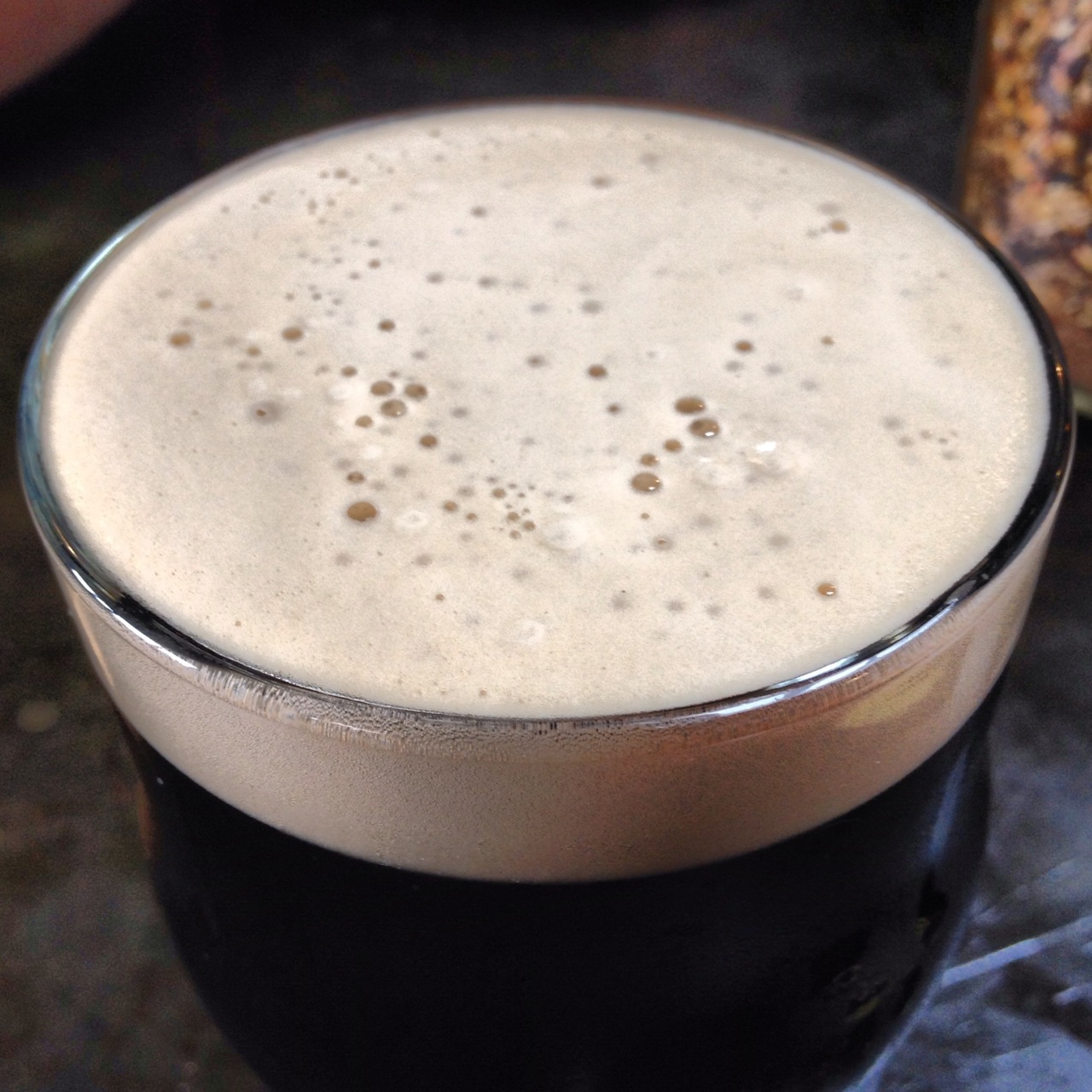 This smoothness is compounded by the nitrogen. A nitro tap uses a majority of nitrogen when carbonating the beer, rather than the standard carbon dioxide (so it’s technically nitrogenation and not carbonation). There’s typically the beautiful “waterfall” effect after the beer is poured, where you can watch the tinier nitrogen bubbles cascade upward to the surface to form a soft, pillowy head. Nitrogen bubbles are smaller and they don’t infuse into the liquid as well, so they help produce that creamy mouthfeel that pairs especially well with stouts. 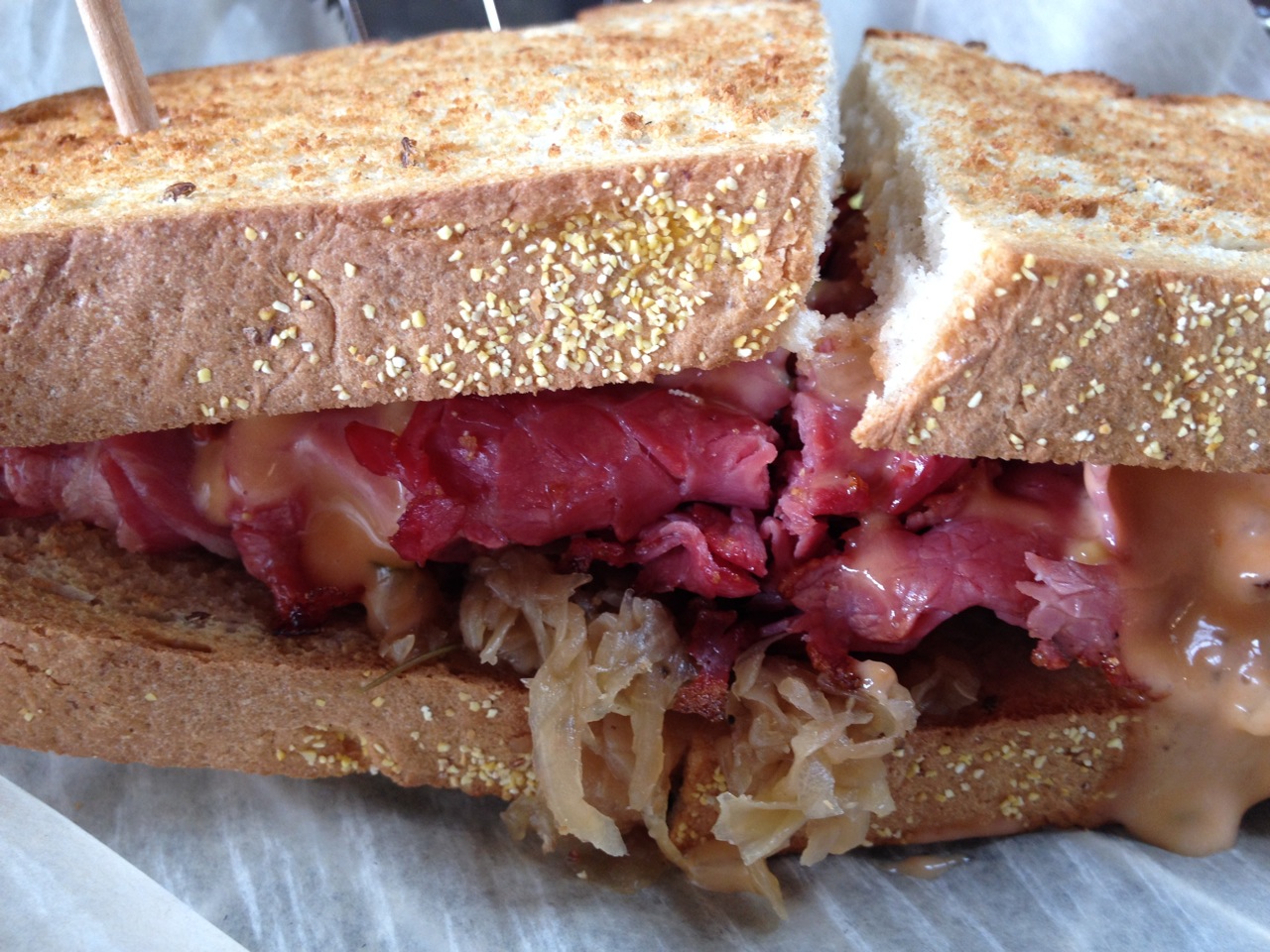 But it wasn’t just beer for lunch! We sampled a variety of Founders’ deli menu, too. I’m a sucker for a good reuben, so I had the Rubin’s Reuben. It did not disappoint: crusty rye bread sandwiching corned beef, 1000 Island, Swiss, and pungent but not overwhelming sauerkraut. 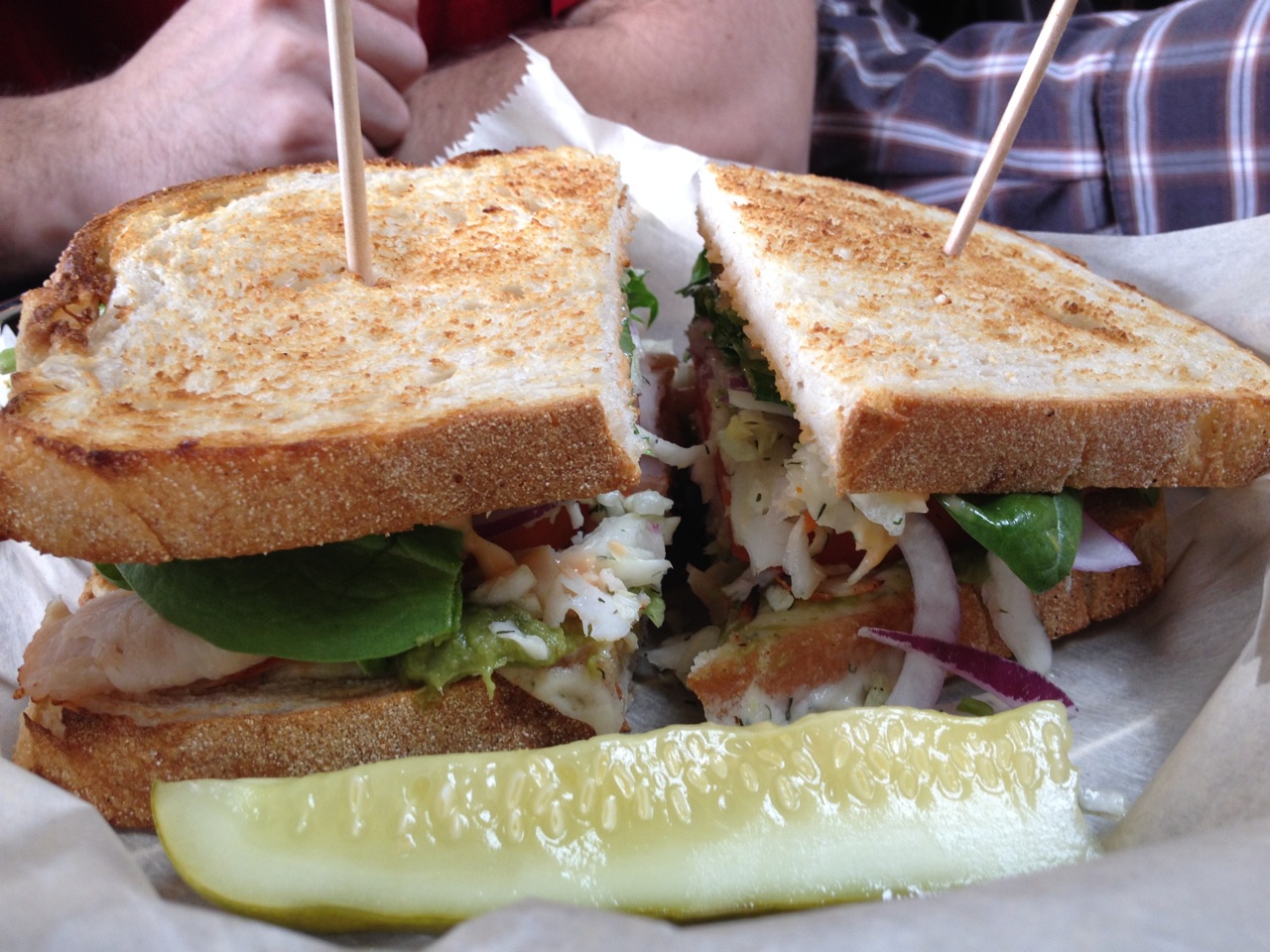 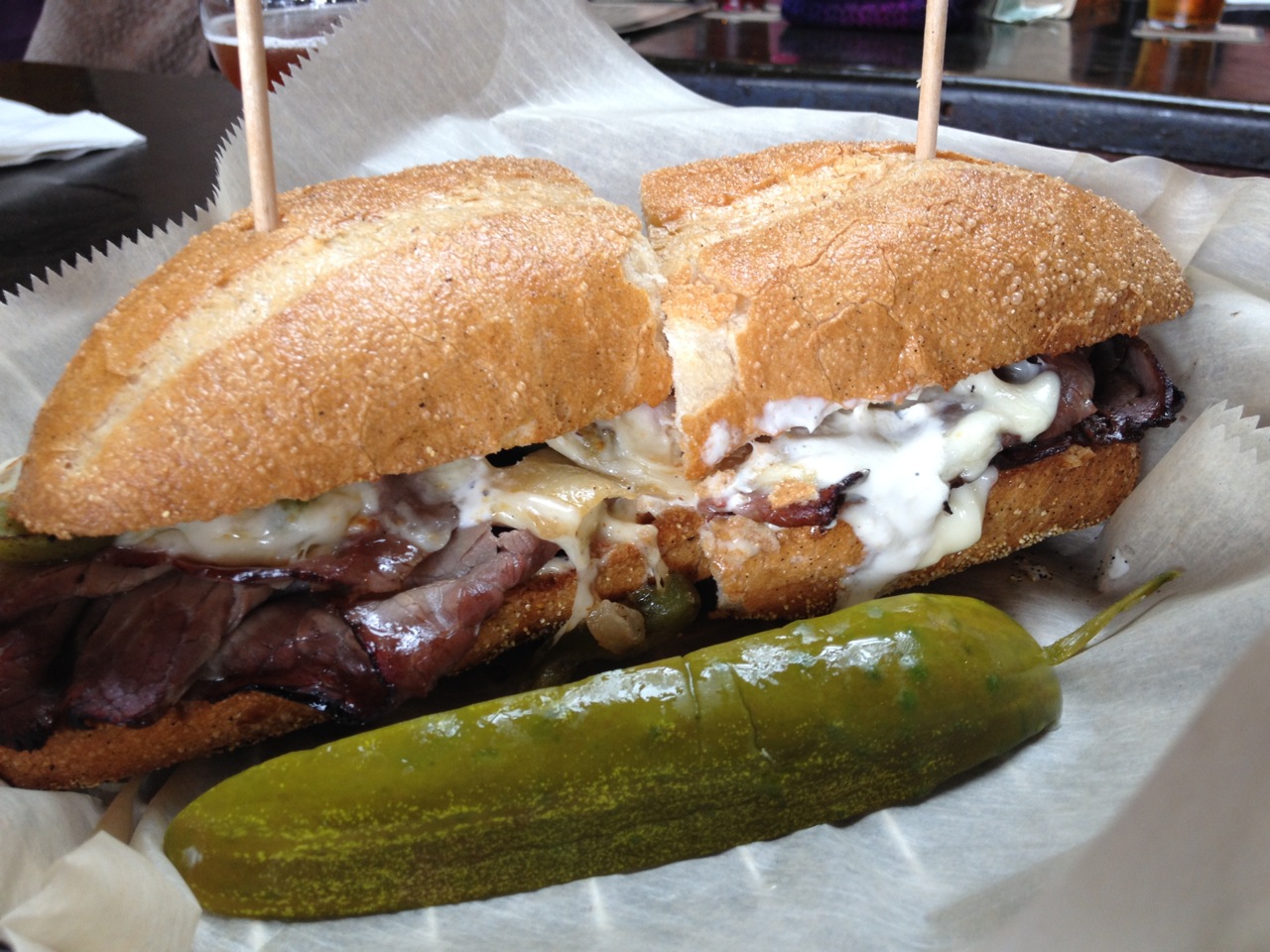 Almost all sandwiches are available in half or whole; it’s really a better bargain to get the full. Plus, the sandwiches are excellent. It’s a nice balance between Founders’ solid beer line-up and good bar grub. 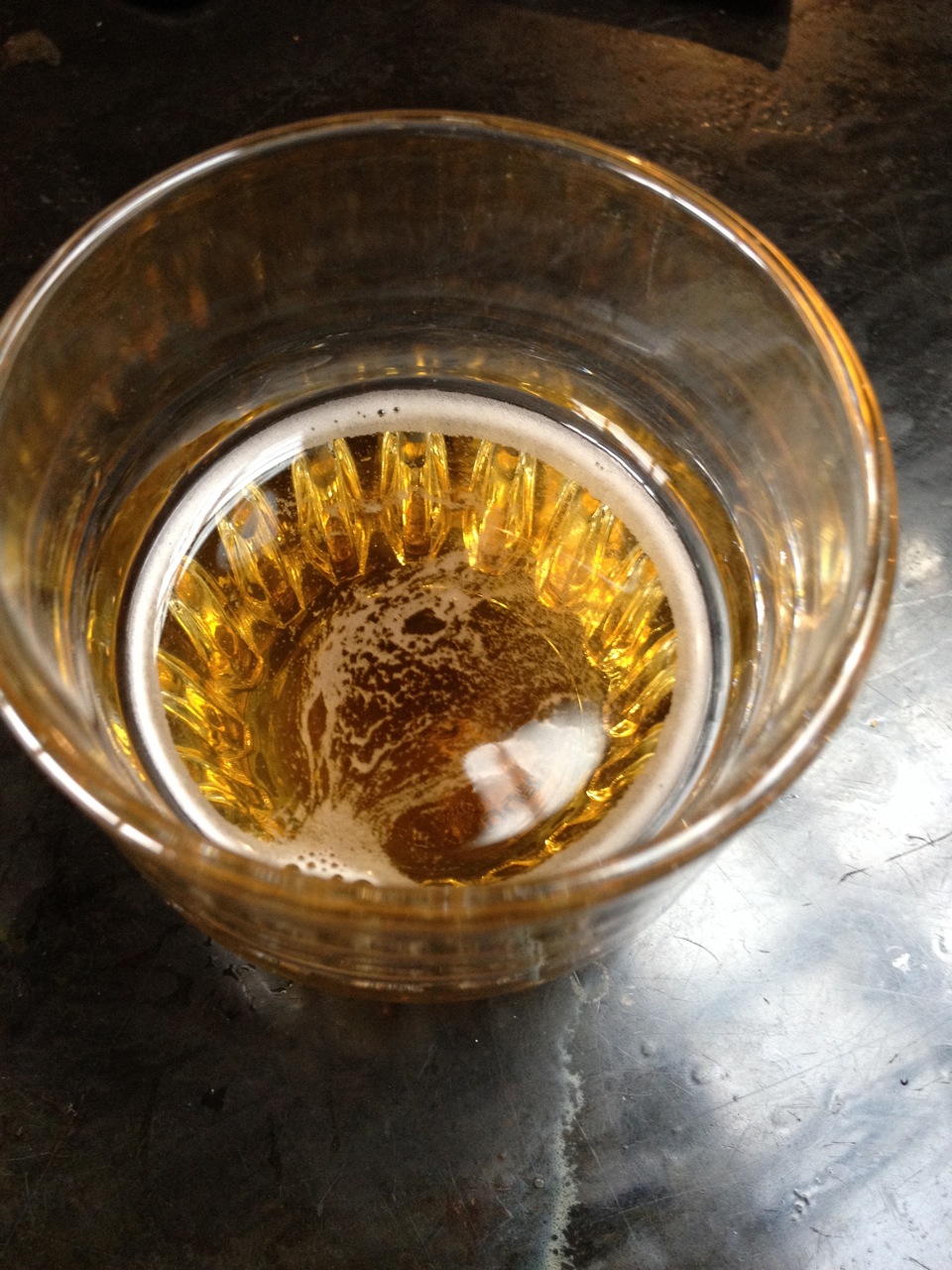 At the end of lunch I requested a sample of another taproom-only special: the Infiltrator, a clear, golden triple IPA that starts sweet and then punches you with bitterness on the back end. I loved it, but having this first would have ruined our palates for lunch. 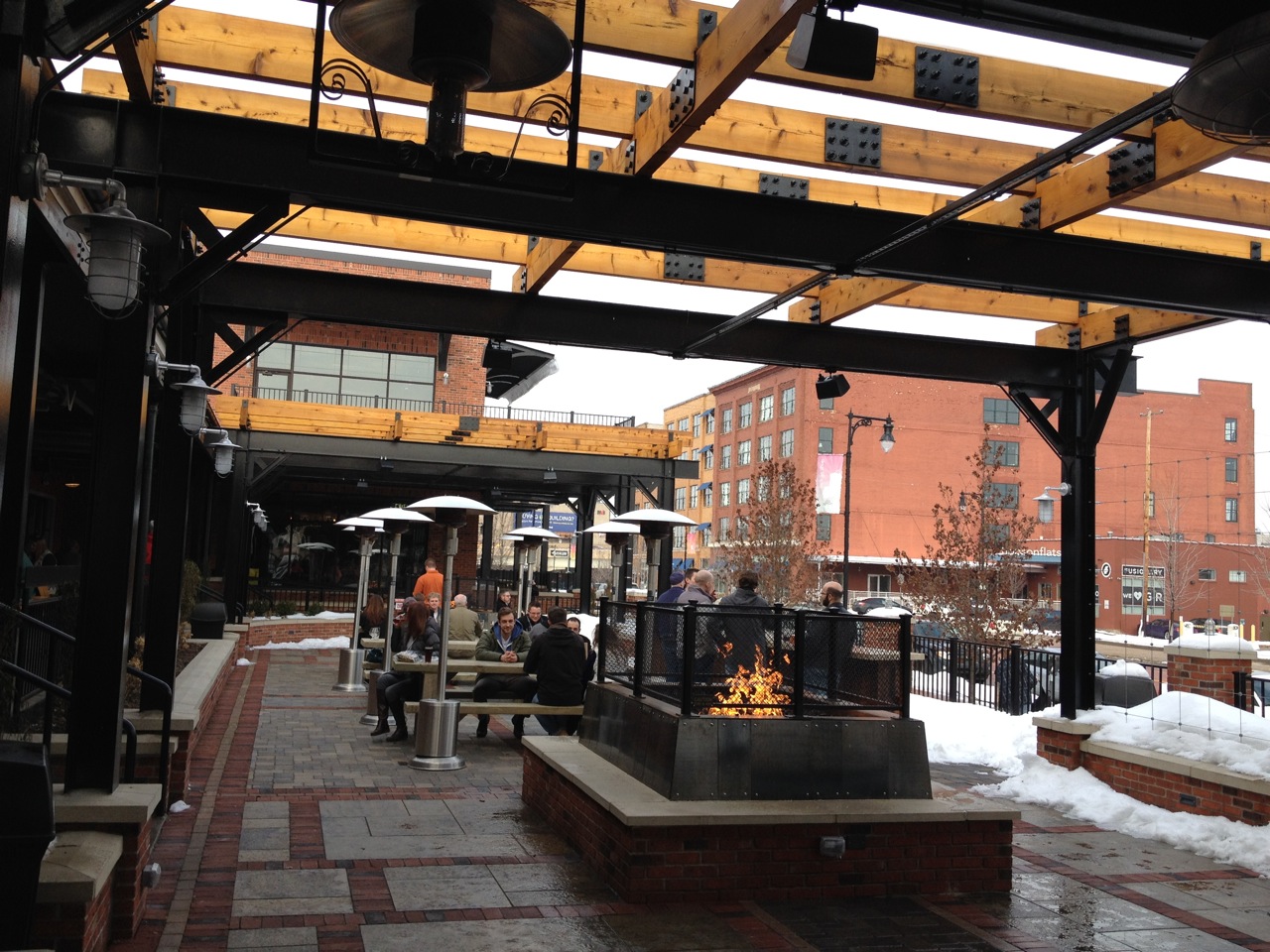 One of the major points of renovation was the addition of giant outdoor patios, partly covered and with two big firepits. This eliminates the small amount of parking out front, but in the warmer months will easily double the amount of space for customers.

In summation: I already knew Founders had great beer. Now I can confirm they have great food, too.