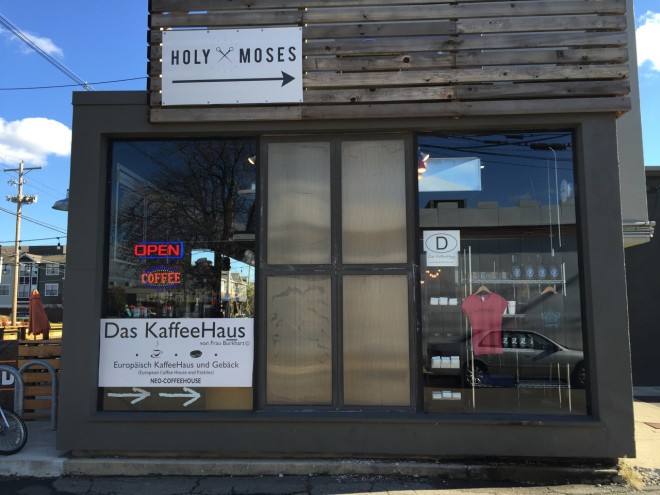 Zauber Brewing‘s goal to become a German-style beer hall has taken big steps forward this year. First, Explorers Club (which closed its brick-and-mortar in Merion Village) has taken over the kitchen at the brewery. And now a coffee shop – Das Kaffeehaus von Frau Burkhardt – has opened a stall there, too. 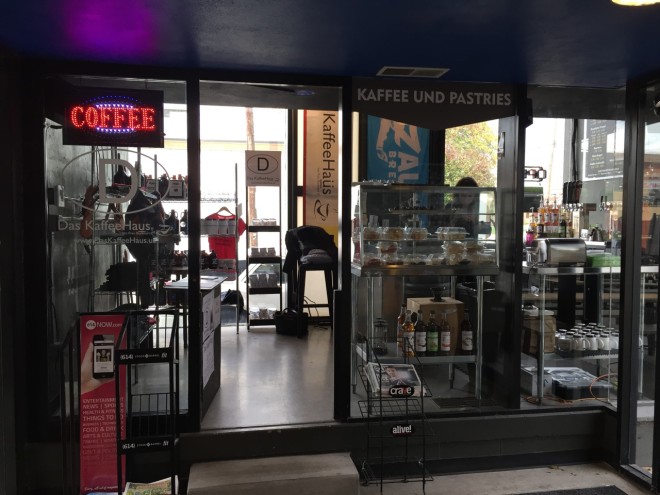 Das Kaffeehaus set up shop in the former growler-filling room/gift shop in Zauber, just inside the main doors. The coffee shop is based out of Lithopolis, Ohio, but you may have had their coffee or seen their beans in various shops/restaurants around Columbus. (I know the CBC Restaurant uses their coffee.) 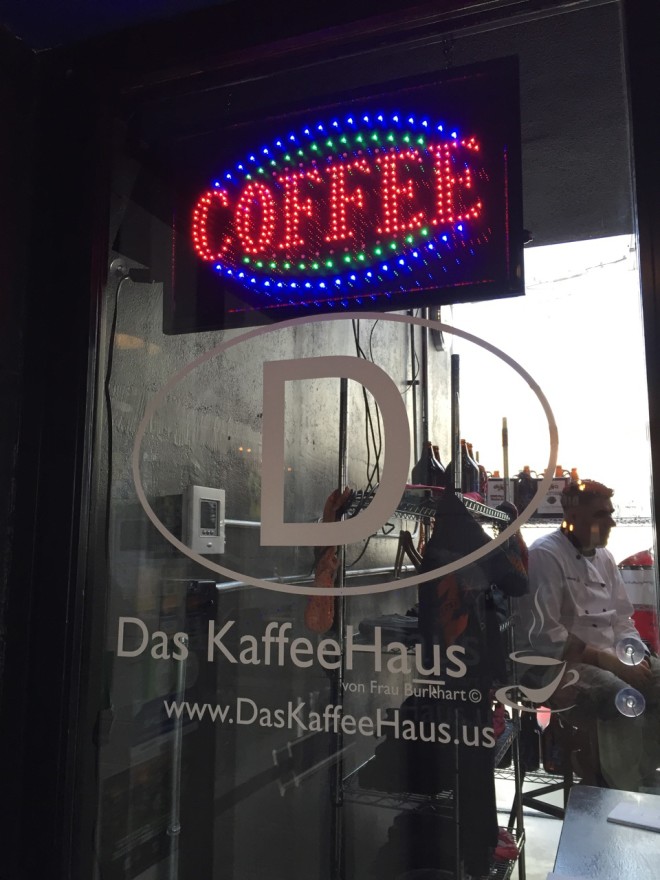 You can easily spot the coffee shop and its bright neon “open” signs from Fifth Avenue. They’re ideally situated in the building; there’s plenty of parking just outside Zauber, so it’s easy to get in and get out. 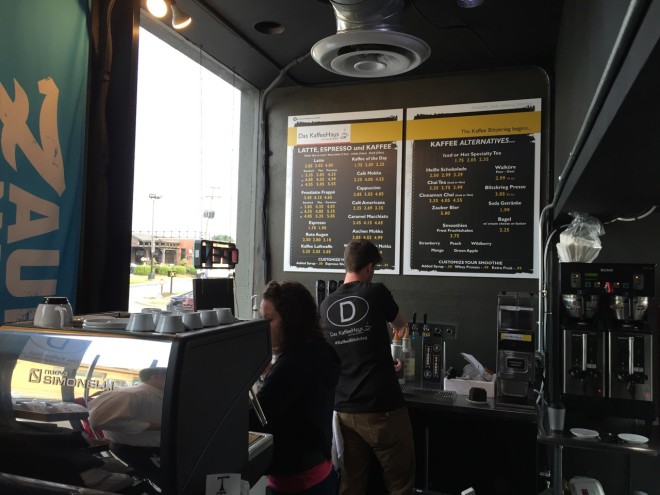 The shop itself is very small. There’s the counter with an espresso machine, plus a small case with scratch-made German pastries. True to the European theme, parts of the menu are in German, so brush up on your high school German… or don’t hesitate to ask questions. 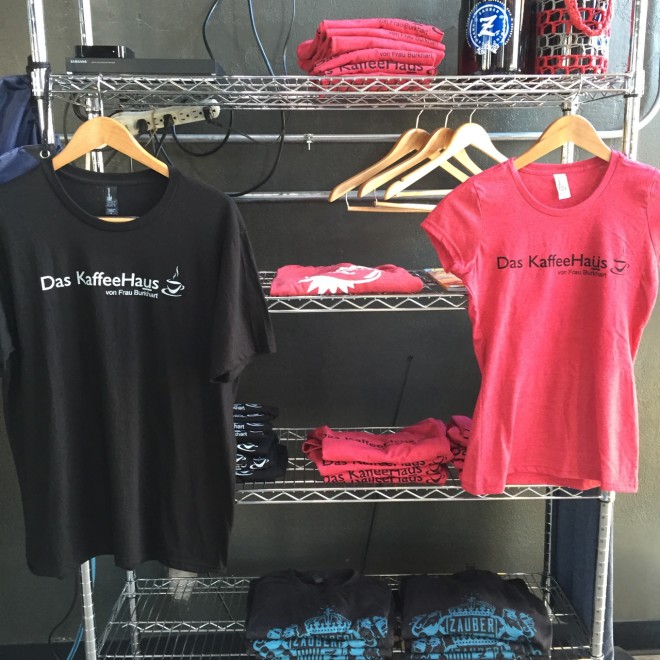 There are also a couple shelves with Das Kaffeehaus mugs, stickers, T-shirts. 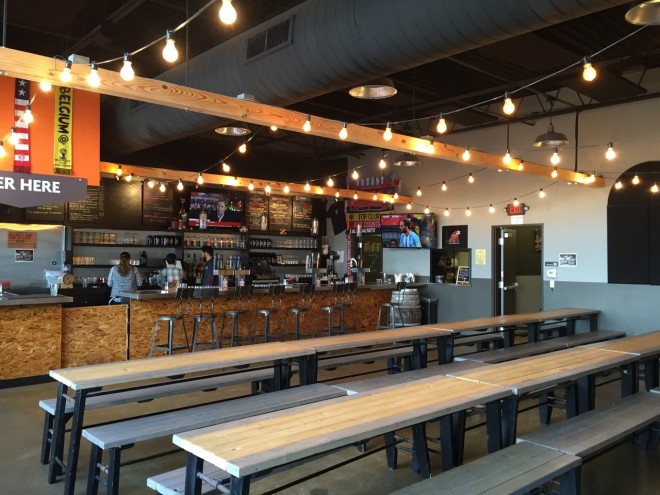 While the coffee shop is small, you’ve got all of Zauber’s seating at your disposal. There’s wifi, too, so it’s an optimal place to sit and work, hold a meeting, or just hang out. The coffee shop is meant to be more European-style, which means techno music playing, TVs with world news and sports, and yes, Zauber’s German- and Belgian-style beers available on tap, if that’s your thing early in the morning. 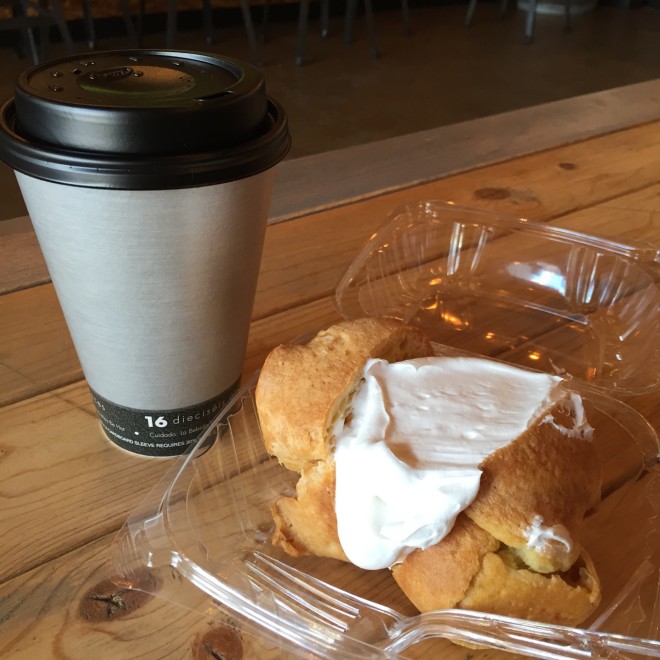 I’ve enjoyed the coffees I’ve had at Das Kaffeehaus. They tend to use darker roasts, and I’ve liked them in their various mochas. Of the pastries I’ve tried, the cream puff has turned out to be pretty good. The service hasn’t been the most engaging the few times I’ve visited, so be prepared for not-much conversation from the baristas. 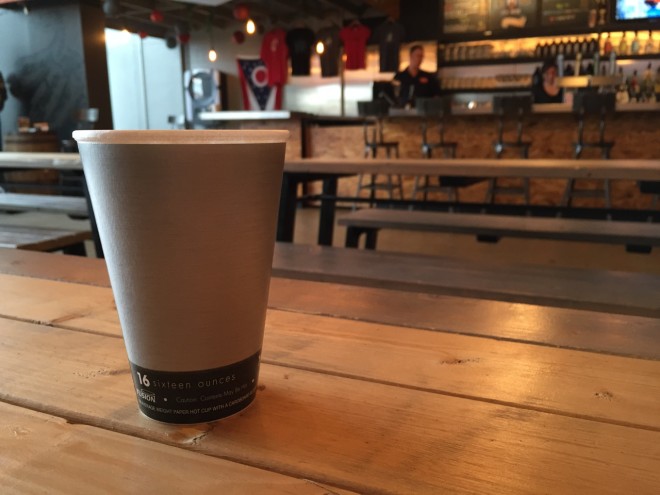 I always love seeing more coffee shops in Columbus, and Das Kaffeehaus nabs a unique corner. It should appeal to someone who just wants the regular coffee shop experience – stopping in to grab a latte or working on your laptop for a spell – but it also works if you’re looking for something a little different in a coffee shop.