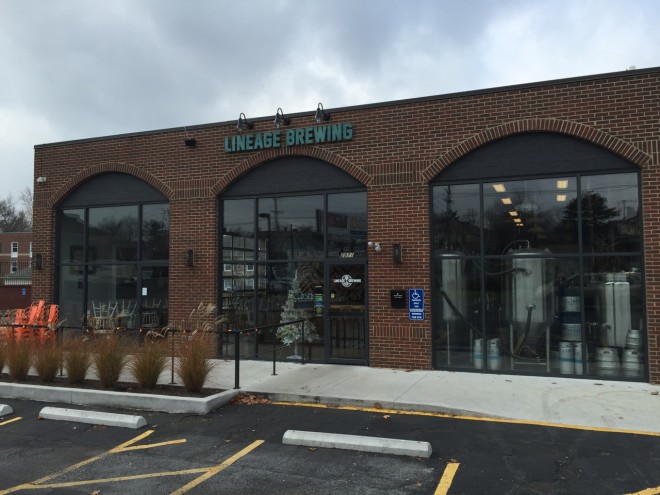 If you’ve kept track of brewery developments over the past year, you’ll know that Columbus is experiencing a beer renaissance. The nation itself has now surpassed pre-Prohibition numbers of breweries, and Columbus has kept pace. The benefit is more beer and better coverage across the city. Much like days of old, almost every neighborhood has its own watering hole where beer is made on site, often by local residents. Such is the case with Lineage Brewing in Clintonville! 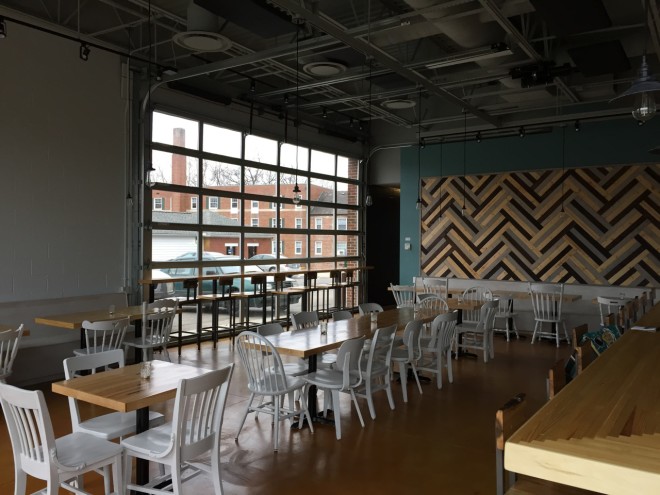 Lineage opened earlier this year, in a small strip in southern Clintonville, close to Lavash, Growl!, Aladdin’s, etc. They’ve got a decent amount of parking in front of and around the building. The taproom itself is very nicely designed – lots of natural wood, big windows, some odd pieces of artwork on the walls. They added a small patio out front, too. When the weather’s nice they roll up the garage doors to let the breeze in. 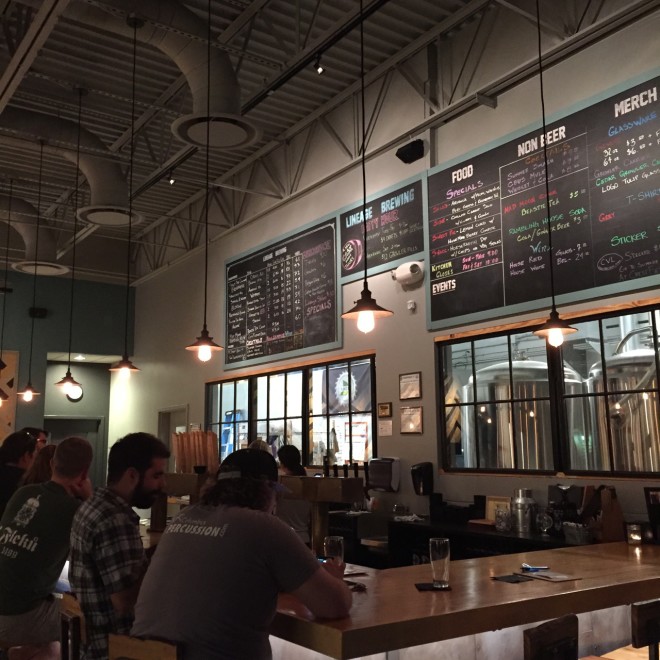 They have paper menus, but you can consult the menu above the bar, too. They also serve wine, cocktails, non-alcoholic Rambling House soda, and a small menu of soup, salad, bar snacks, desserts, and hand pies. And, yes, I know – it’s a little criminal I’m not writing more about the hand pies. They’re good, and they span flavors from meat and veggie to even a Vietnamese banh mi style.

The bar looks into the brewery itself, so go at the right time and you’ll see them at work. 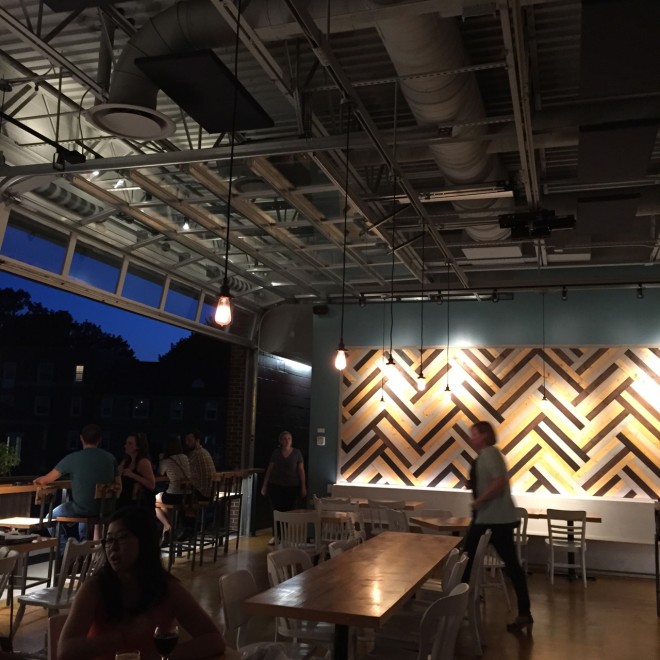 The taproom itself has a nice mix of seating – lots of tables, plus a counter facing the garage door. 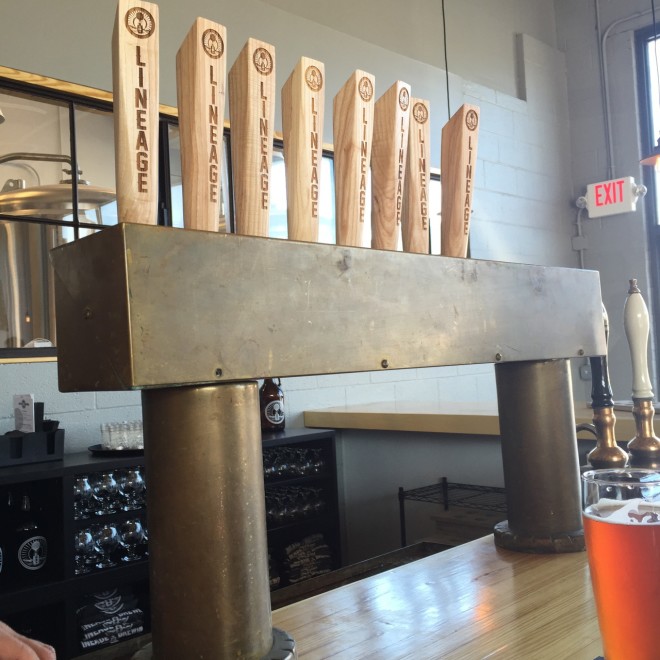 You’ll often find 8-10 of their beers on tap. A couple months ago they added some old beer engines, in which the beer is pulled with a hand-operated hydraulic pump, rather than being dispensed with carbonation. 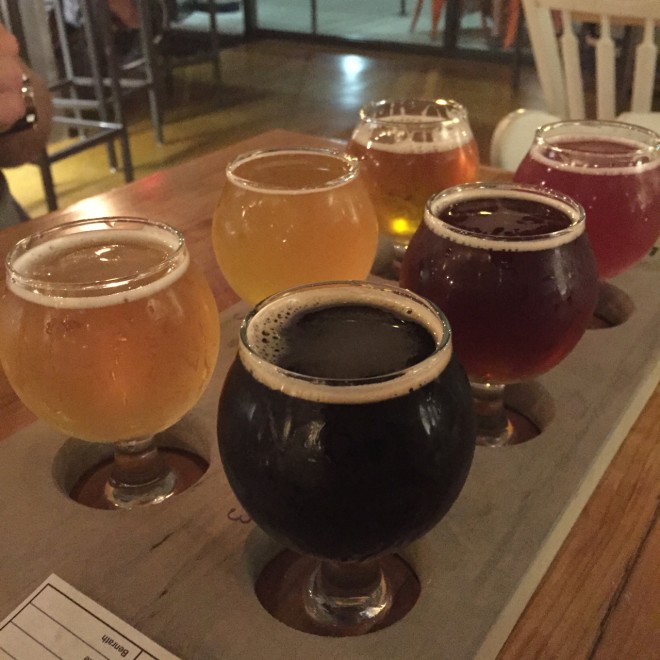 Lineage has brewed a pretty wide mix of beers in less than a year – stouts, porters, amber ales, lagers, IPAs, sours, seasonal beers. I haven’t been a fan of everything, but Lineage has put out some real winners already. The menu above the bar clearly prices out each beer by the pint and by the sample, so you can order a tray of samples and work your way around until you find a favorite. 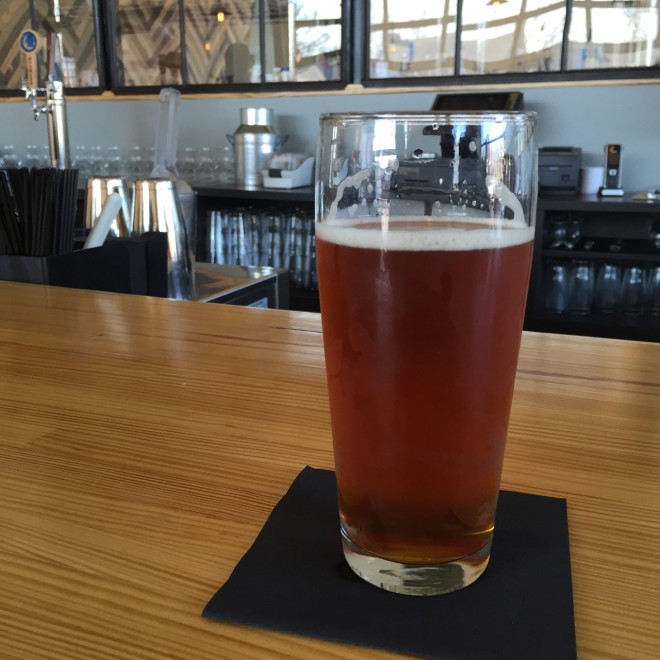 Some of my favorites have included their Shoot the Chutes cream ale, Eldrax stout, Mrs. Baylock porter, and their Peter’s Propensity pumpkin ale. 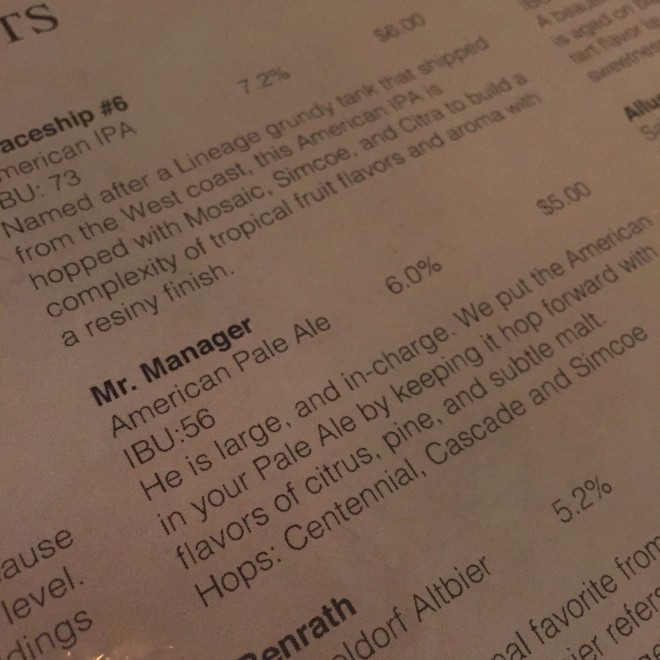 And I’ve got to love any brewery that incorporates Arrested Development jokes. “We just say ‘Manager.'” 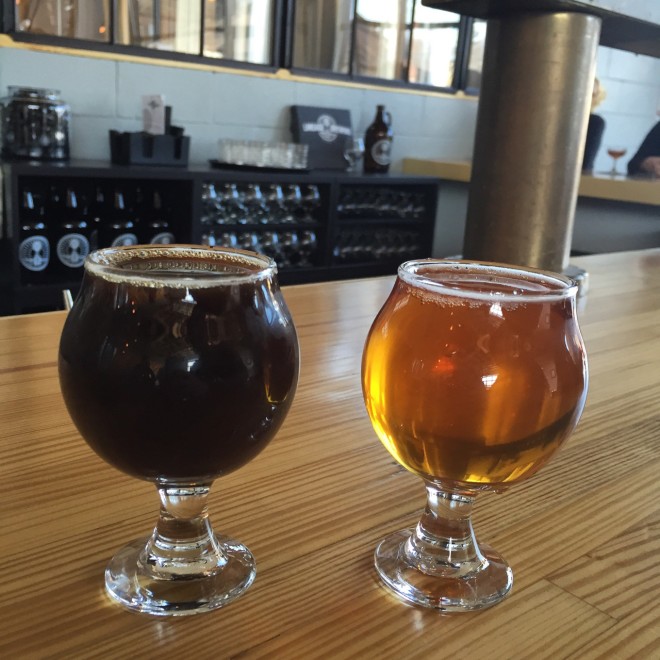 The Lineage team has accomplished quite a bit within their first year, so I’m excited to see how they continue to grow. The neighborhood seems to have embraced the brewery, too, and that makes me happy. 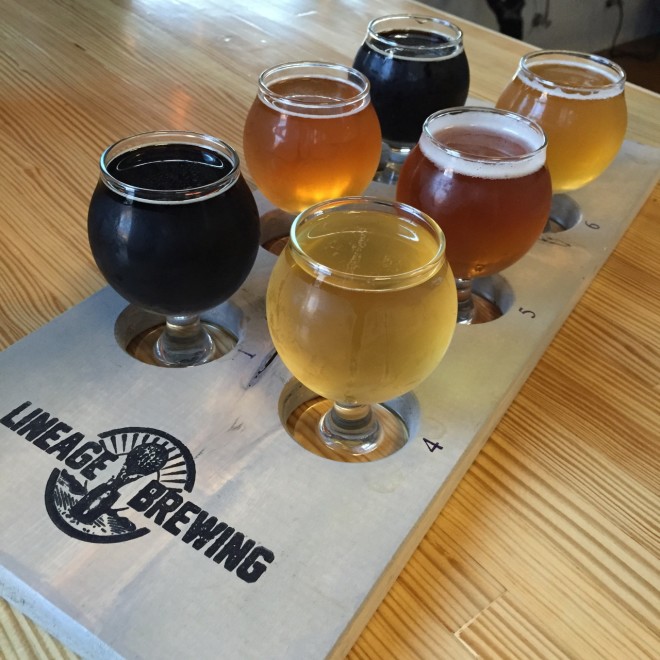