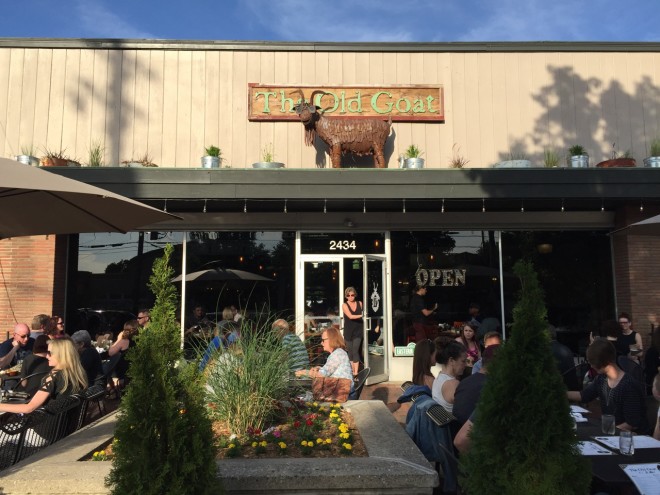 While visiting family in Grand Rapids recently, we headed out for dinner one night to visit The Old Goat. The restaurant sprung up in my old neighborhood of Alger Heights, in a building that for years was a men’s clothing store and then a window shade store. Even though I grew up there, oddly enough I never set food in that building until now. 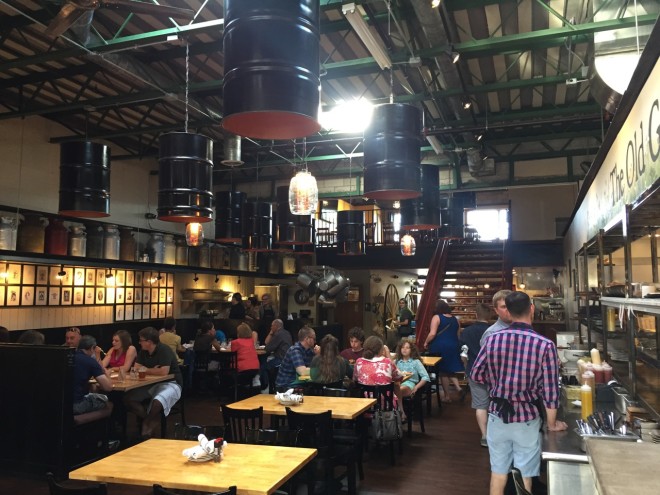 Old Goat is owned by the same gang behind Electric Cheetah, a fun and kooky eatery where we’ve had an interesting brunch. The Old Goat has all the marks of a hip gastropub, but the feeling certainly went below the surface of current restaurant trends. The space itself is huge, with a second level of seating plus a patio. 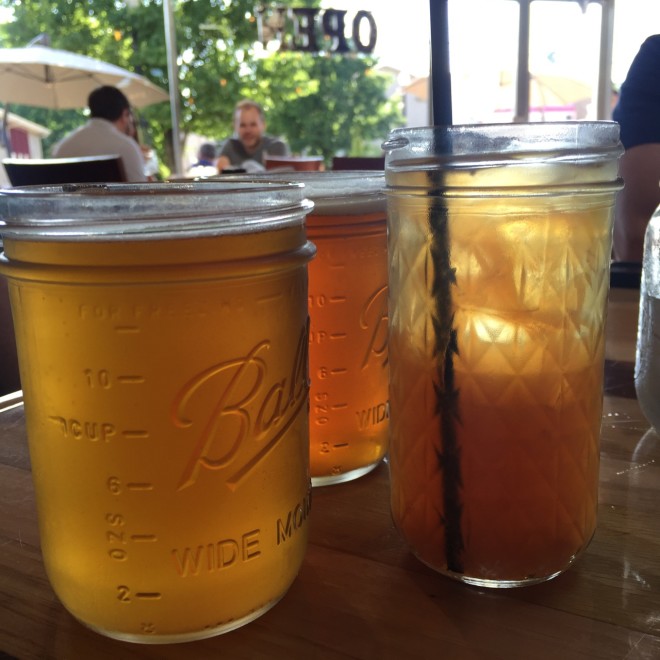 We ordered a mix of craft beers and cocktails. The beer list is interesting (my older brother once spotted Founder’s KBS on tap), and the cocktails were very good. Also: mason jars. 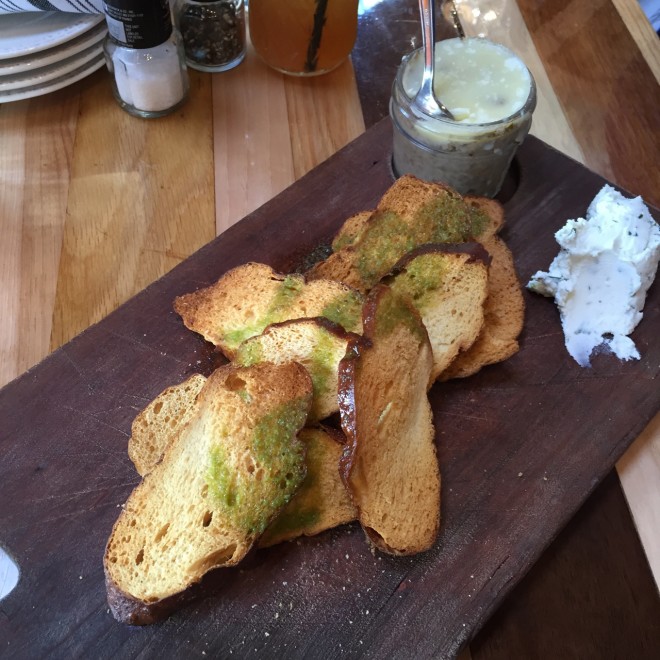 We split some small plates and entrees, like the rich mushroom pate, served with a dense layer of something (lard?) over the top. 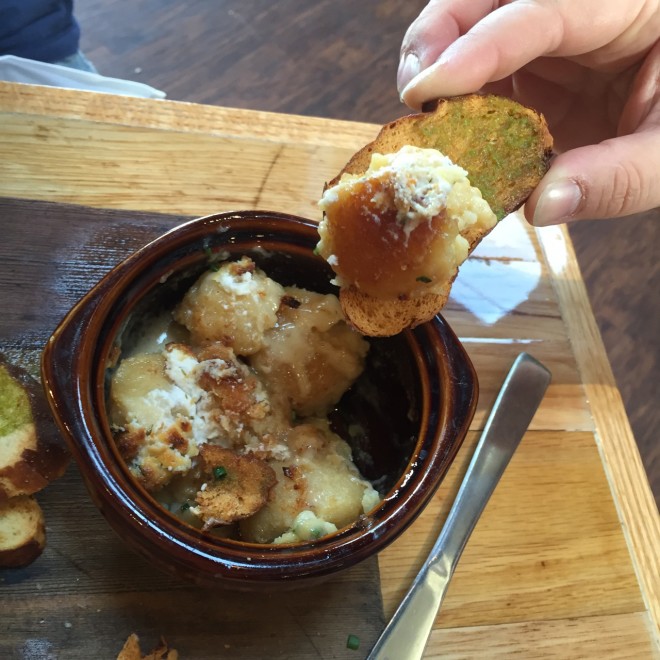 Or the potato dumpling gratin in a mini crock. Notice the frequent use of the wooden cutting boards for service. 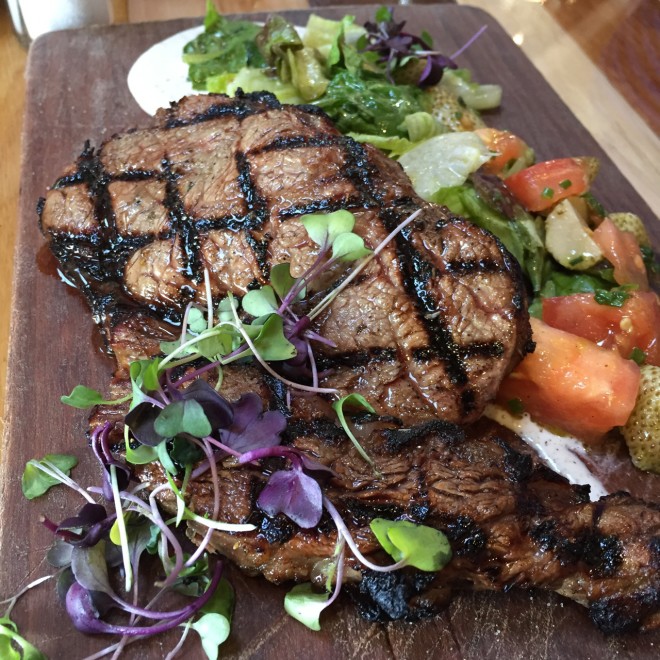 We also split a ribeye steak special, served with a side salad. It was a heck of a steak, cooked just right, and beautifully presented. 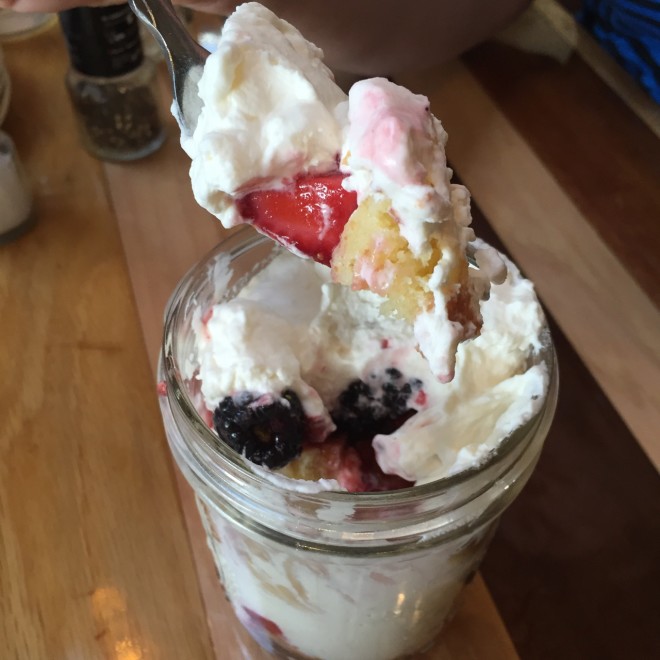 Our server (who was a riot), convinced us to try some desserts, like the trifle with poundcake, fruit, and fresh whipped cream. Also served in a jar. 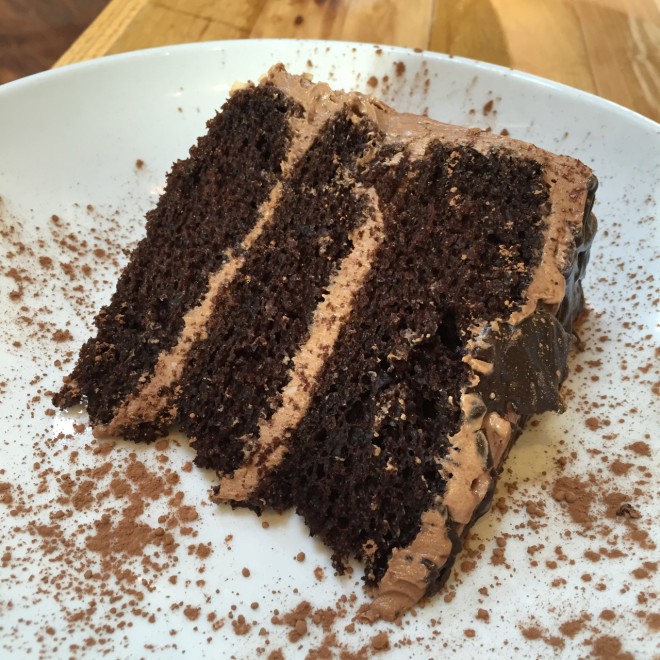 The special dessert of the night was a decadent chocolate cake dusted with cocoa powder. 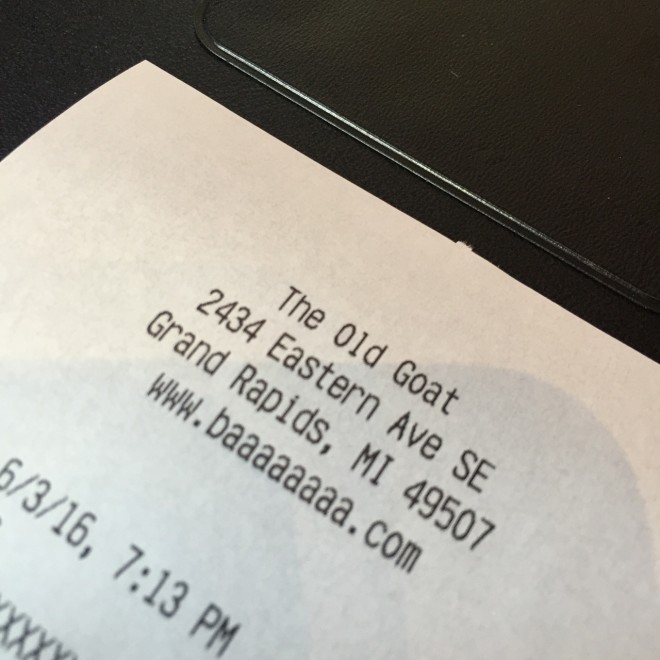 The Old Goat scores high on the hipster quotient (mason jars, wooden serving boards, semi-industrial decor), but our fun and engaging server, the welcoming atmosphere, and the excellent food and presentation make it a worthwhile stop in Grand Rapids’ growing restaurant scene.

Also, let it be noted that The Old Goat probably wins the award for best website: baaaaaaaa.com