Dayton in a Day 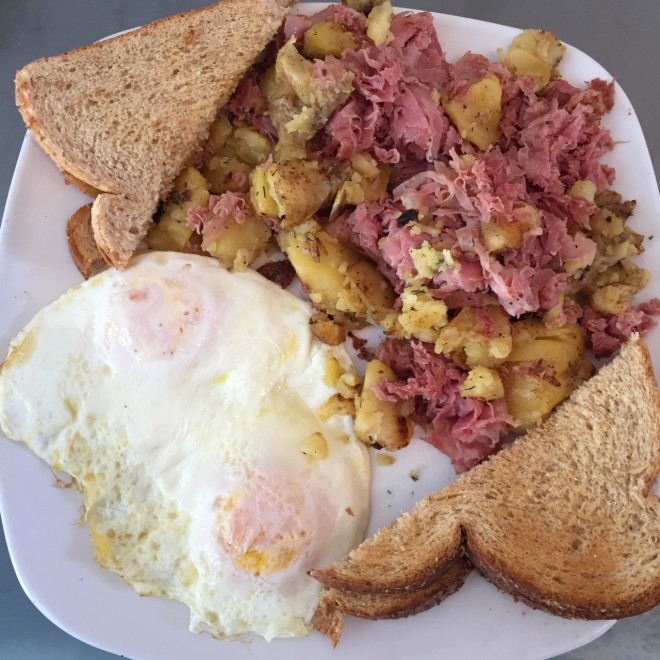 We made a day trip to Dayton recently, starting our day (as you may expect) with breakfast at the Butter Cafe for corned beef hash and loaded French toast – read all about it here! 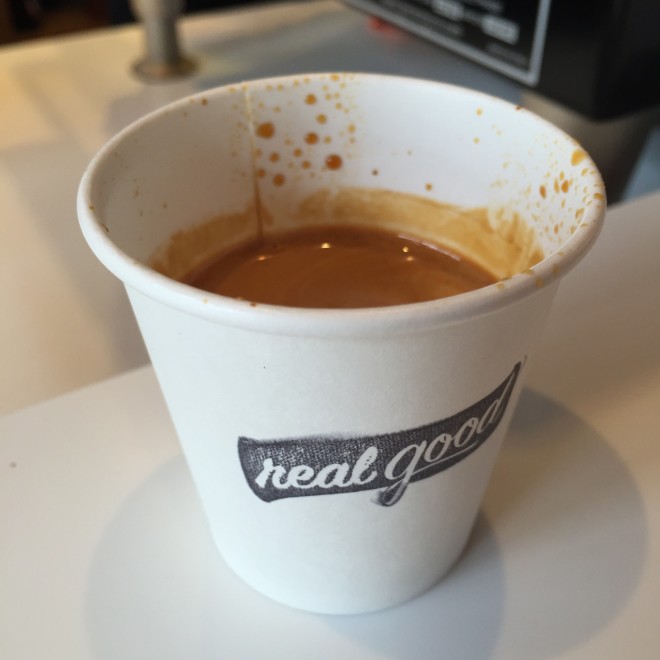 Then we stopped for a quick espresso at Press Coffee… 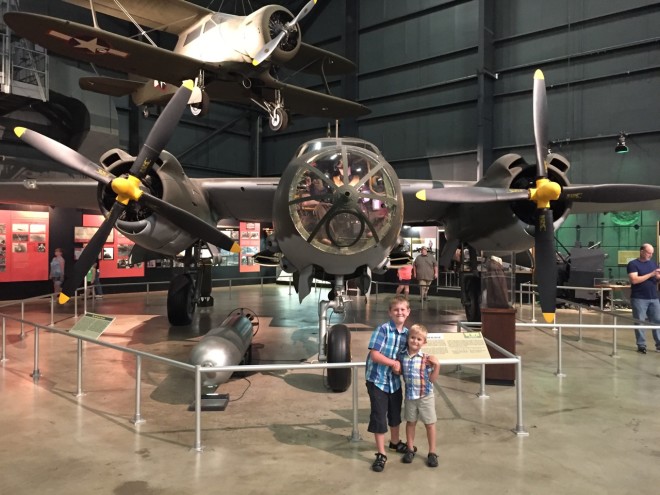 …before proceeding to our main destination: the Museum of the U.S. Air Force! 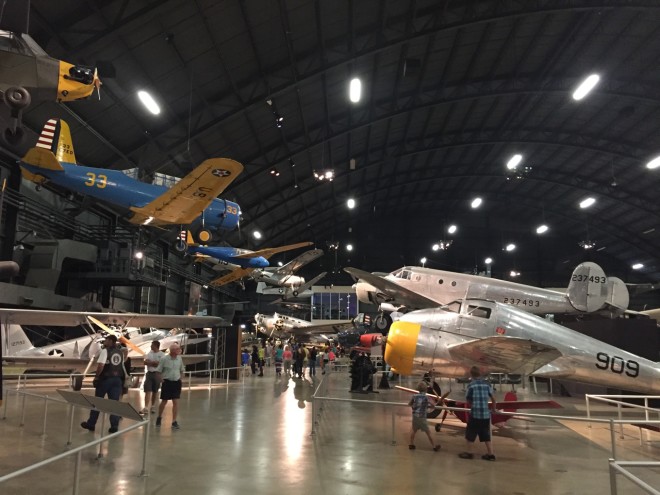 The Air Force Museum is a sight to behold: four massive hangars loaded with aircraft, and admission is free. The hangars move chronologically, starting with Wright brothers-era planes and moving through WWI, WWII, and through the twentieth century. We spent nearly four hours in the museum, and that was moving at the pace of two boys who didn’t stop to read all the signs. 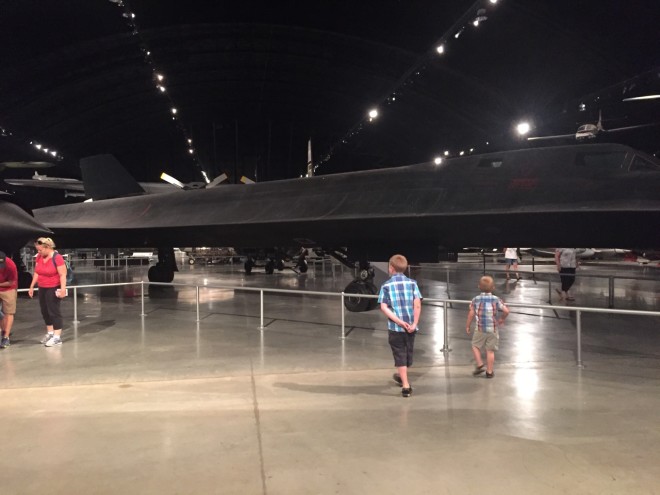 We were also there to feed Owen’s latest obsession: the SR-71 Blackbird. He’s gone full Blackbird, people: toys, Lego creations, hundreds of drawings, YouTube videos, constant chatter about it. So we first made a beeline to the third hangar with all the modern jets. 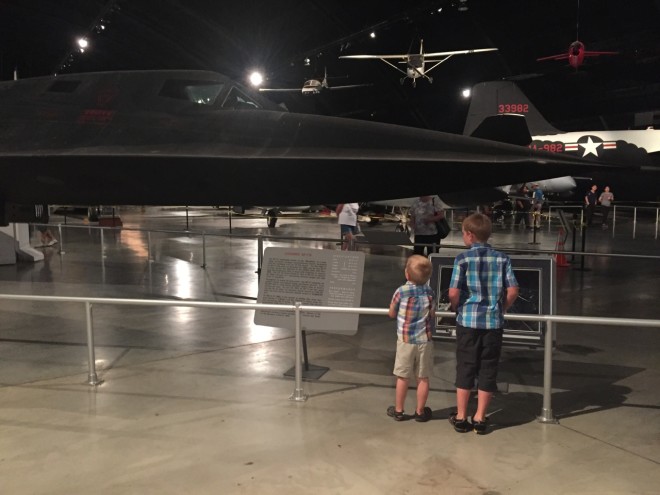 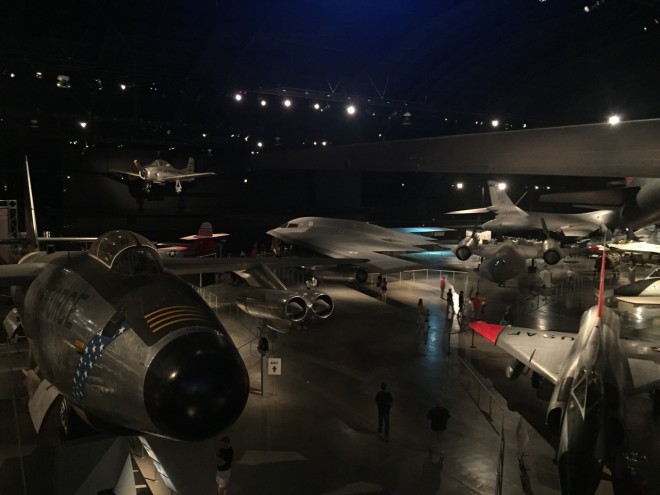 Even having been there before, I still found myself amazed at not only how many aircraft fit into those hangars, but also what types. There’s everything from rickety old biplanes to B-2 stealth bombers to space capsules. 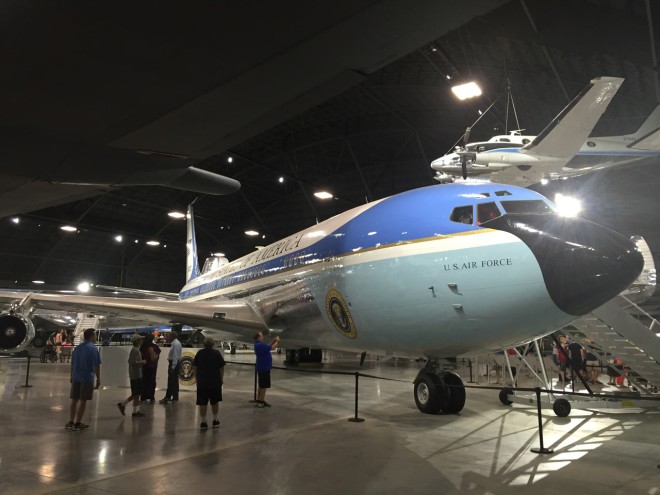 This June the museum opened a fourth hangar full of presidential jets, experimental planes, and bits of space travel. This includes old airliners that served as Air Force One for multiple presidents. Many of these planes are open for touring, although it is a tight squeeze to walk through. 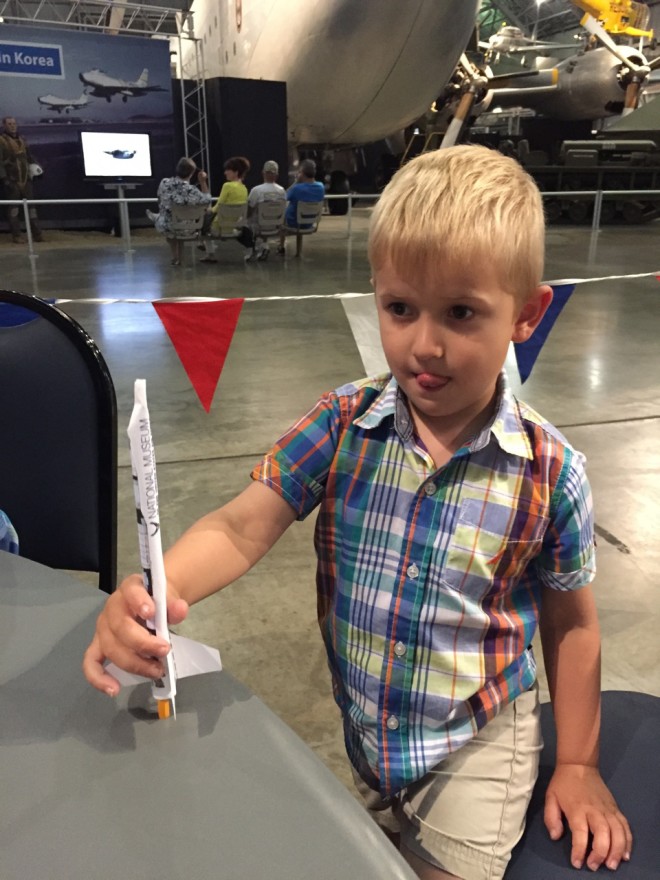 We didn’t know until we arrived, but the Saturday we visited was Family Day. So there were extra activities for the kids spread throughout the museum. At one station they made a paper rocket, which they took to a launching platform to shoot off with compressed air. The rockets sailed in high arcs across the hangar. 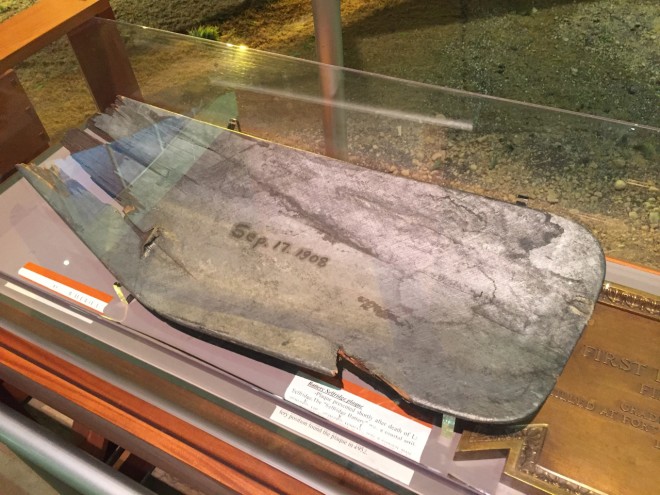 I was geeking out in my own way, because I was in the middle of reading David McCullough’s new biography of the Wright brothers (very highly recommended). The Air Force Museum has some pieces related to their lives, including a broken propellor that led to a near-fatal crash for Orville. 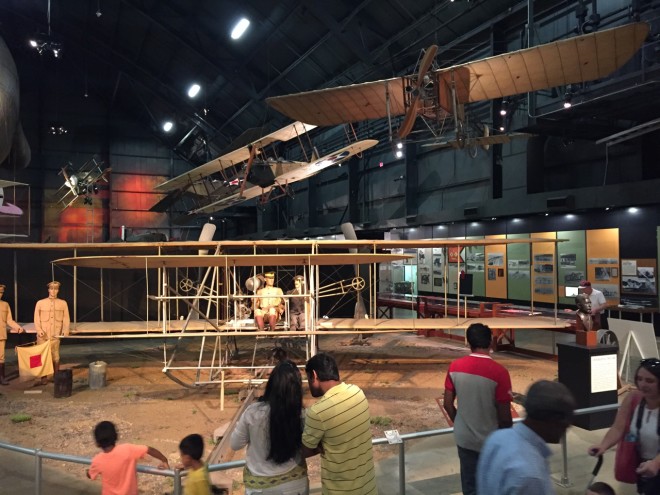 There’s a recreation of one of their early flyers using a few original parts like the engine. 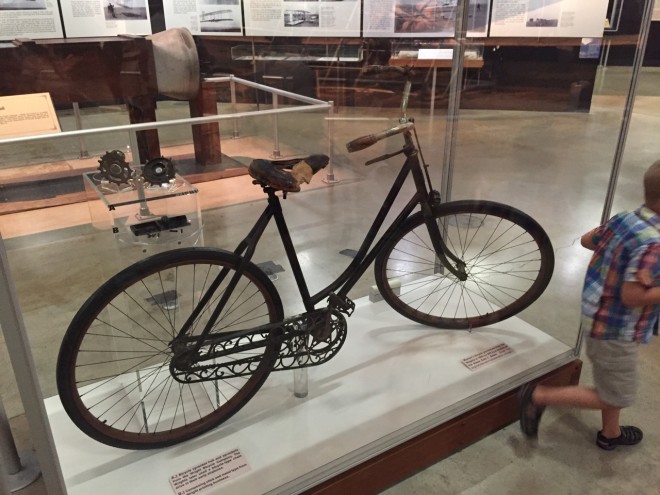 One of their bikes also sits on display, as well as a recreation of the wind tunnel they built to test wing shapes. 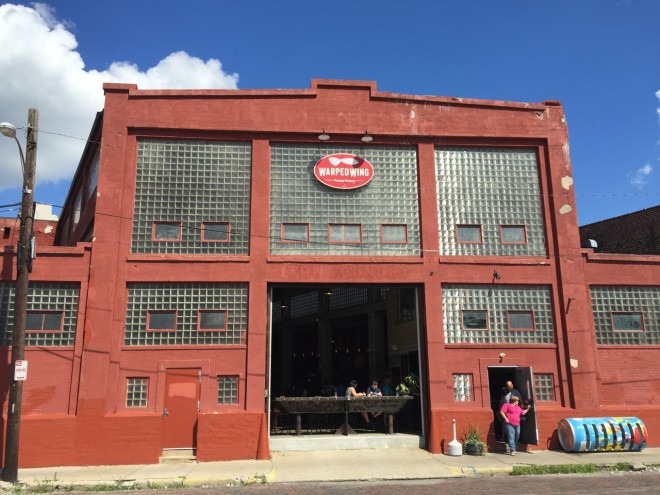 After the museum visit, we were hungry and in need of a place to sit, so we headed to the Oregon District to Warped Wing Brewery. (I didn’t get the name until reading the Wrights’ biography: they controlled their planes with a wing warping technique.) 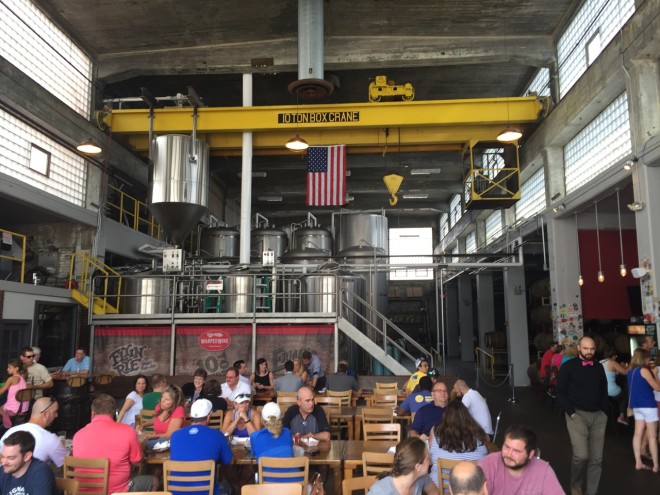 Warped Wing reminded us of Rhinegeist in Cincinnati, with their giant industrial space housing the brewhouse and the taproom side-by-side. 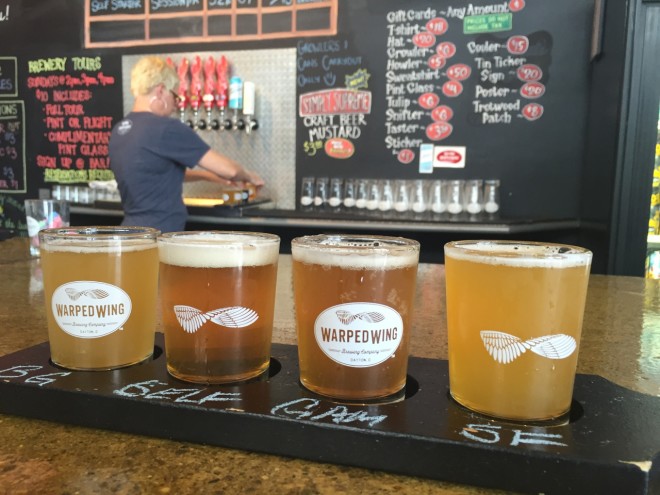 We sampled a handful of beers, from pilsners to IPAs. The brewery had about 10 beers on tap. 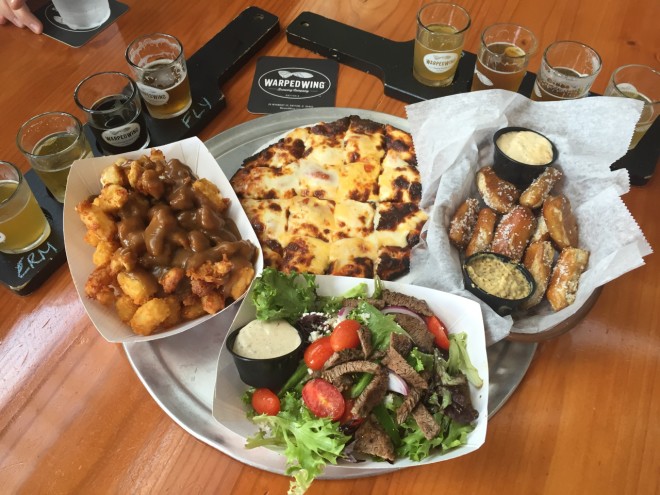 The brewery includes a small walk-up window with a full menu of pizzas, sandwiches, salads, and appetizers like house-made pretzels and tater tot poutine. We’re fans of bringing the boys to breweries (at appropriate times, of course). They played in the arcade, colored, and tinkered with the giant Jenga set there. 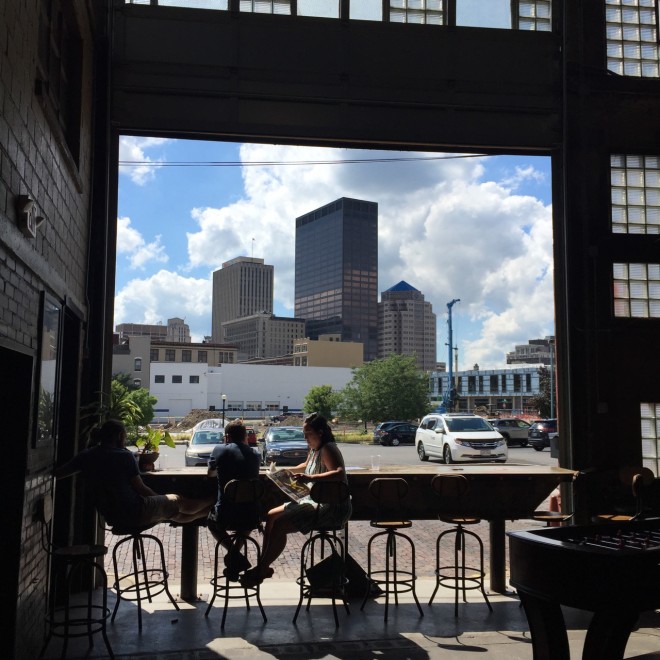 It was a beautiful day, and Warped Wing had the garage doors open. 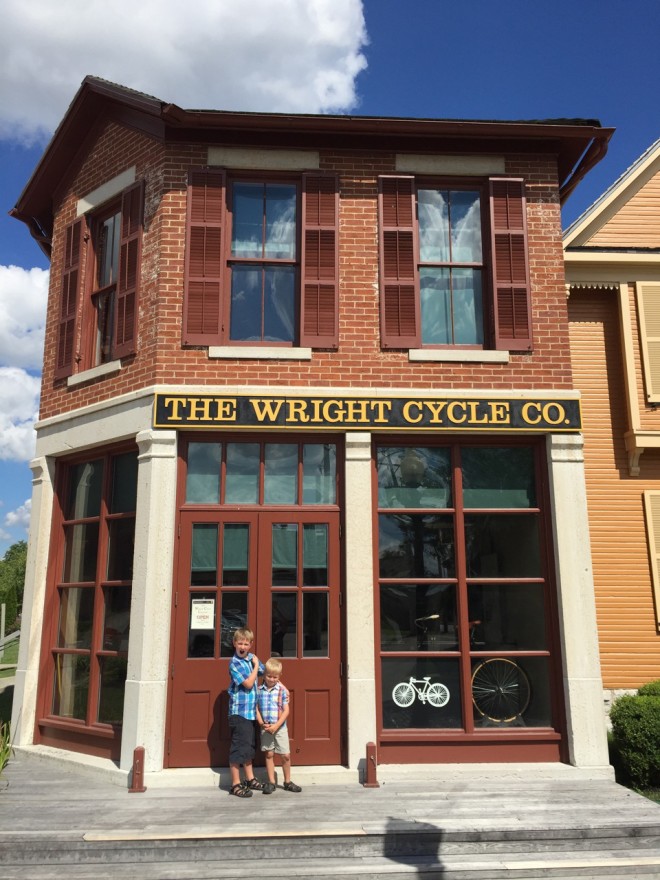 After lunch we trekked westward across the Miami River to the Wright brothers’ original stomping grounds. I found out ahead of time that their original home and their primary bike shop were purchased by Henry Ford and moved to Dearborn, Michigan back in the 30s. But some of their original buildings, like a couple of their bike shops (they moved the shop a few times) still stand, and are operated as museums by the National Park Service. The various sites are assembled into the Dayton Aviation Heritage trail. 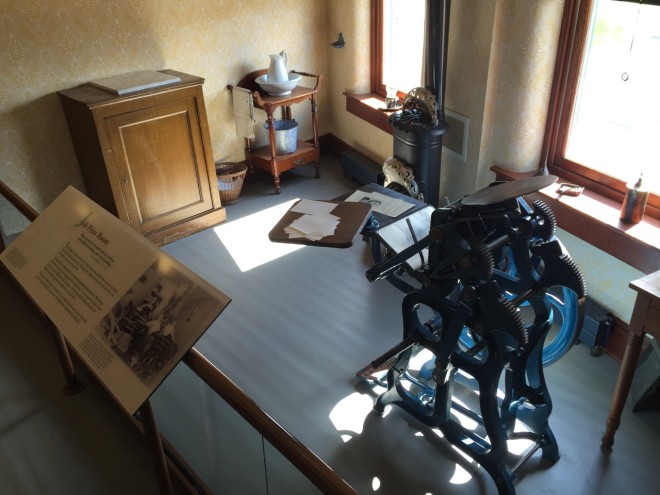 One of the buildings, the Wright-Dunbar Interpretive Center, features exhibitions on flight history, the Wright brothers, and their classmate, the poet Paul Lawrence Dunbar. The upstairs houses old printing equipment similar to the presses the Wrights used to briefly publish a newspaper. This was of particular interest to Mrs. Breakfast w/Nick, given her work at Igloo Letterpress. 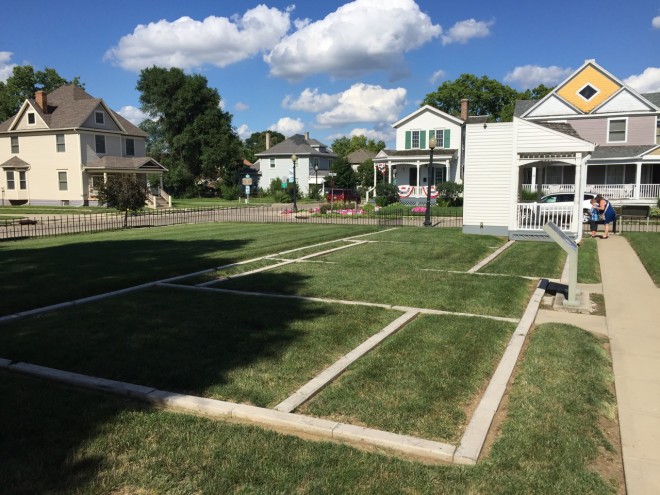 A block and a half from the museums is 7 Hawthorn Street, site of the Wright family home. The Wright brothers, along with their sister Katherine and their father, lived there for many years. The Wright brothers themselves modified the home extensively for their father, including the addition of a giant porch. While the house is up in Dearborn, there’s still an example of the porch and a stone outline of the house. I asked one of the park rangers if this was a sore point for Dayton, that Henry Ford removed pieces of their most famous history. He said not really. At the time, the buildings were in poor shape, and they were moved with Orville’s blessing. Ford did the work to preserve them. And the house that stood next to the Wrights’ (the empty lot to the left in the above photo) burned down in the 70s. If the Wrights’ home had still stood, he said, it most likely would have burned as well. 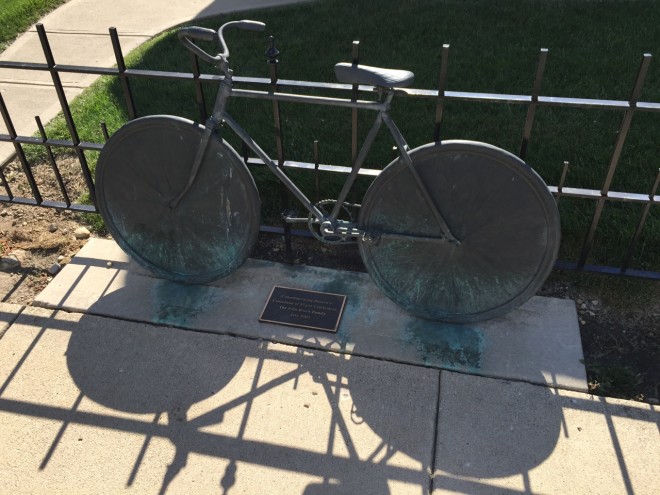 You can stroll around the site. A small monument of one their bikes rests against the fence, as it does in one of the more famous photos of the home. Across the street is a private home built in the same style as the Wrights’ house, so you can get a sense of how it looked. 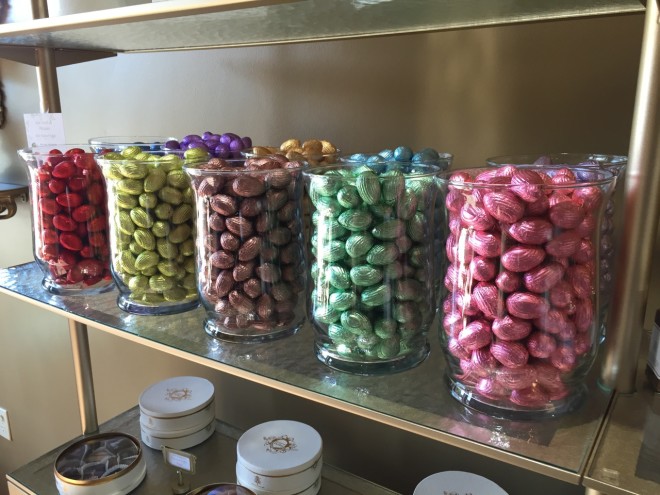 Following our stroll around the Wrights’ home, we headed south to the Oakwood neighborhood to find Madame Delluc, a Belgian chocolate shop we had read about online. 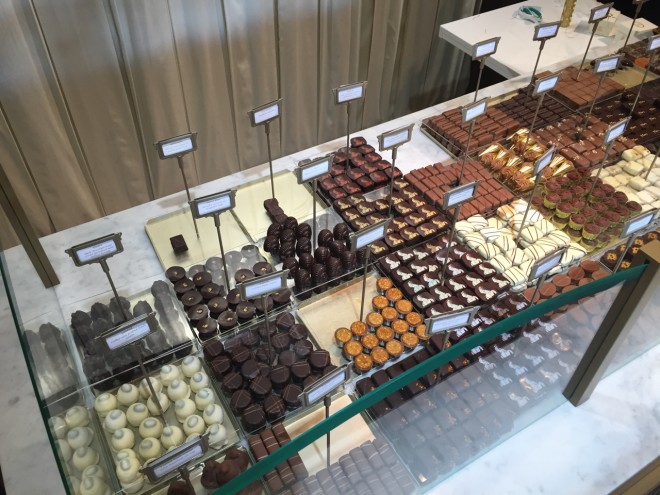 We discovered the shop when we learned that Conde Nast Traveler named Madame Delluc one of the top nine chocolate shops in the world! I don’t know chocolate well enough to back up that claim, but they were certainly amazing in both presentation and taste. 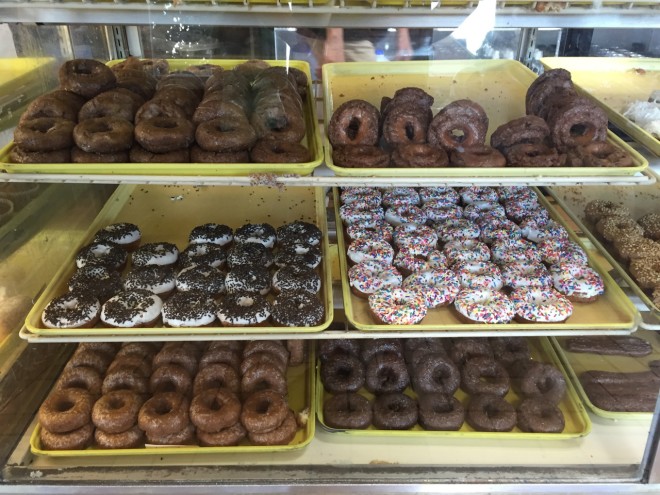 After that we were nearly winding down our day, but had one more stop to make at Bill’s Donuts…