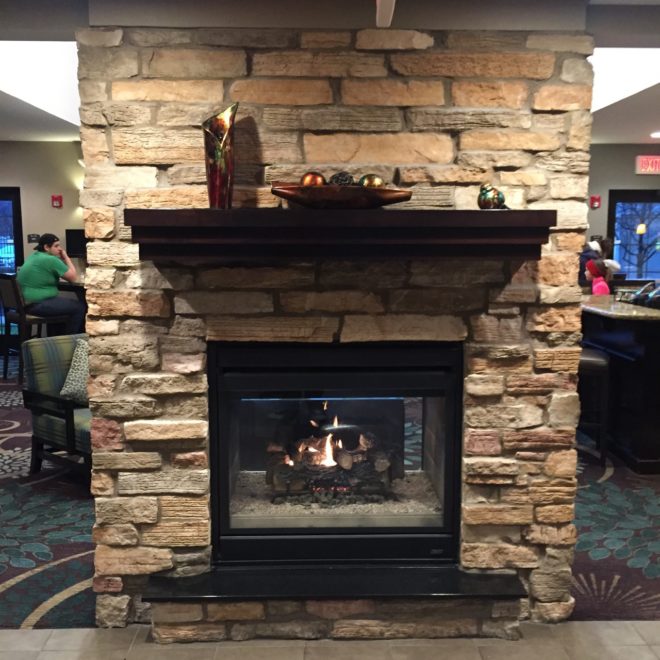 For the first part of our (non-donut) Butler County explorations, we enjoyed a Filipino dinner at Dai Trang, had coffee at Cavu, saw public art in Hamilton, Ohio, and explored Pyramid Hill Sculpture Park. Read all about part one of the adventures here. 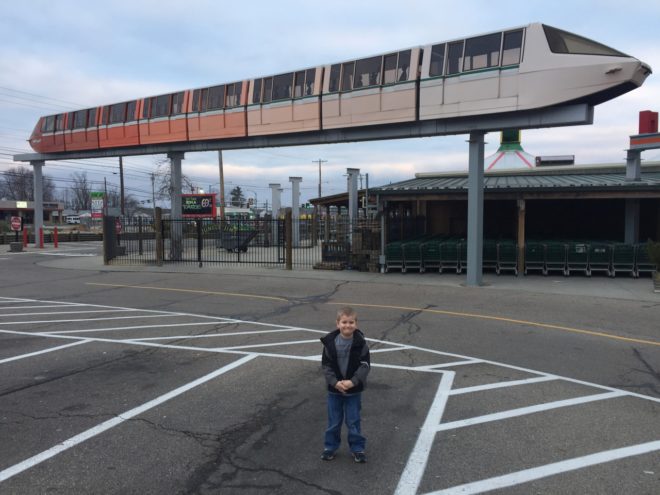 After rolling along the trails of Pyramid Hill we made a visit to Jungle Jim’s in Fairfield. We’d been once before last year, on the tail end of a Cincinnati weekend. This time around we met with Jared, the marketing guru for Jungle Jim’s, who shared a bit more about the store and some of their special events.

Afterwards, we simply HAD to get a photo in front of the monorail. I love how Owen stands awkwardly, like he’s meeting one of his heroes. We talked at length about the monorail and whether we could ride it sometime. 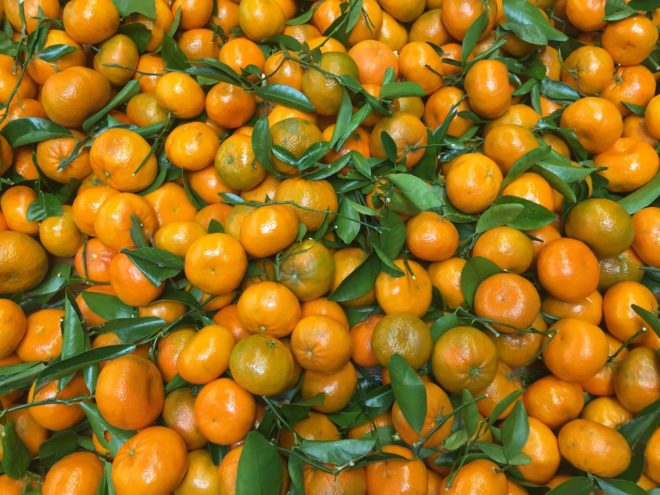 Inside, we grabbed snacks and a couple beers (for the adults). I love that Jungle Jim’s has a small bar with a great selection of beer (for good prices, too). Then we strolled the store. If you’ve never been to Jungle Jim’s, just picture a giant grocery store with everything you could possibly want, then double it in size. 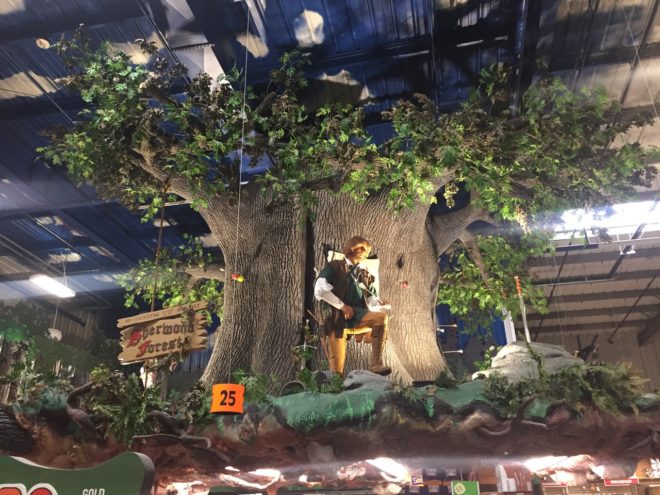 There are aisles and aisles of meats and cheeses, a huge beer and wine section, a full liquor store, seafood, prepared foods, and a giant international section. Here’s Robin Hood and his band of merry men above the British Isles. 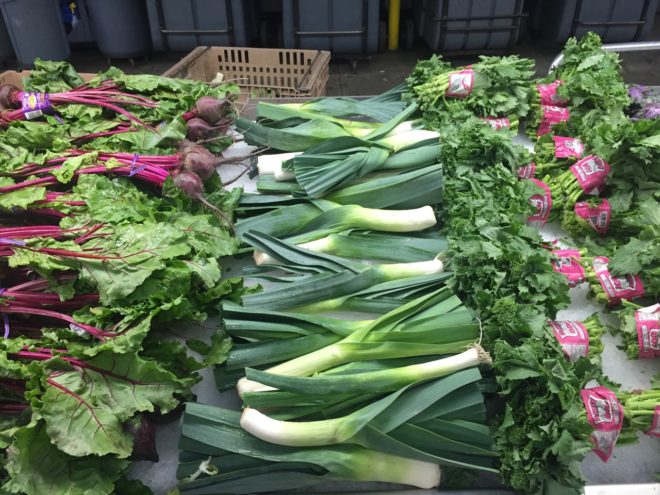 There are all sorts of fruits and vegetables from around the world, so if you’re cooking international dishes at home, you’ll find all you need. 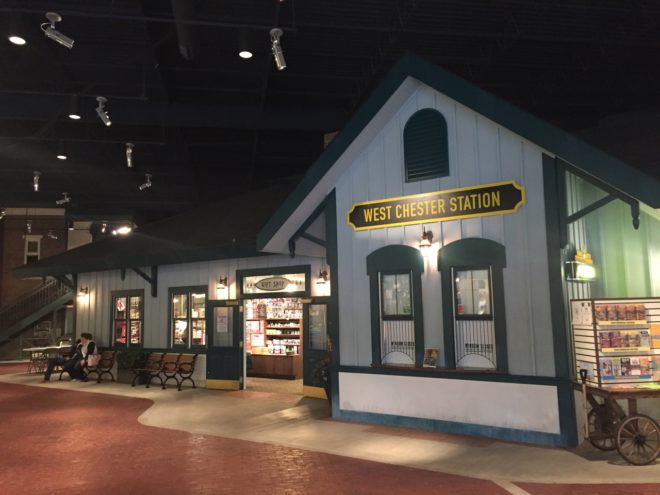 After Jungle Jim’s we stopped at Jupiter Coffee & Donuts across the street (for our Donut Trail work), and then headed back toward West Chester to EnterTrainment Junction. EnterTrainment Junction houses the world’s largest indoor train display, a veritable warehouse full of model trains. As you’d expect, there’s a decided train theme throughout, complete with an entryway built like a train depot. 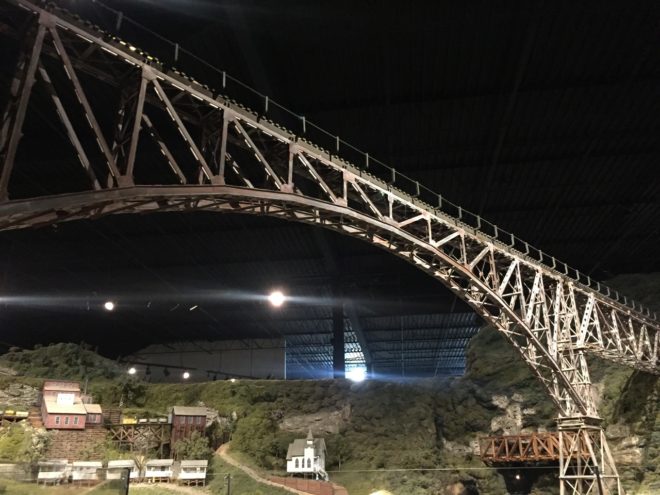 There’s a gift shop, an entire funhouse, party rooms, a kids play area, and much more, but we were there for the main attraction: trains. And we really weren’t prepared for the scope of it. To view the main displays, you walk down a winding pathway surrounded by trains. You’ll even see trestle bridges – yes, with trains running on them – overhead. 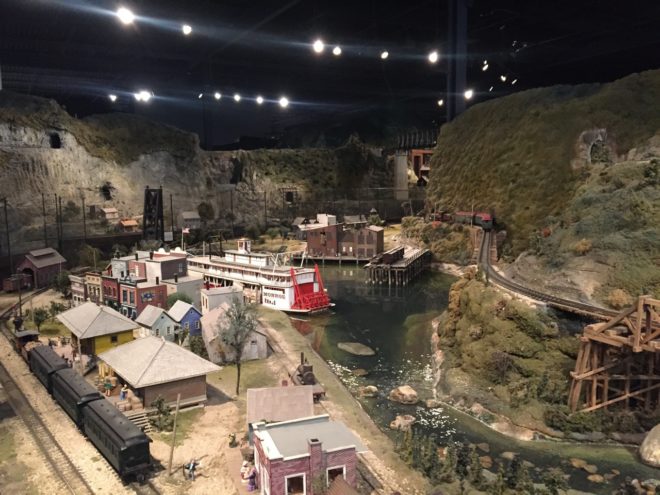 The display is organized by era, so when you start out you’re seeing steam engines, wooden bridges, and small towns. The amount of detail is just stunning, from the terrain to the people to the buildings to the river with actual water running through it. 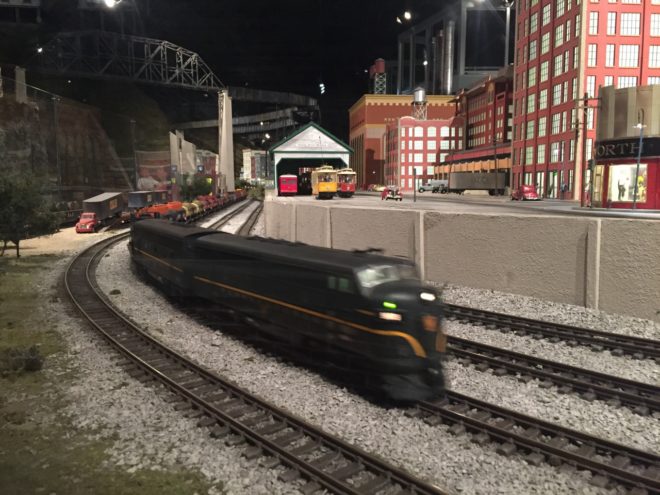 And as you move through, the trains and surrounding landscape get more modern. 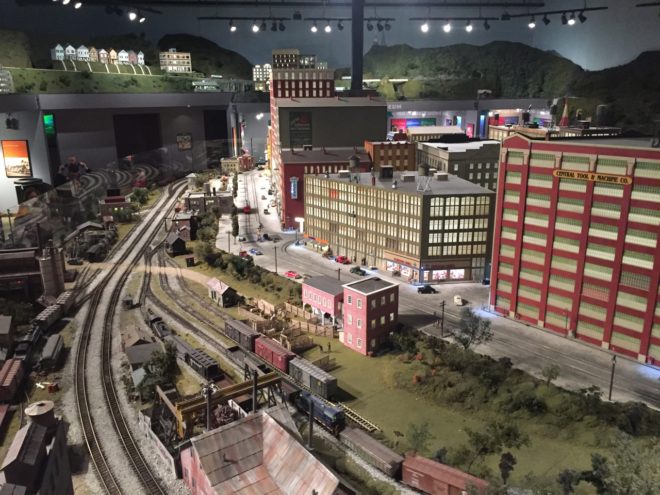 It’s one of those things you just have to see to believe. 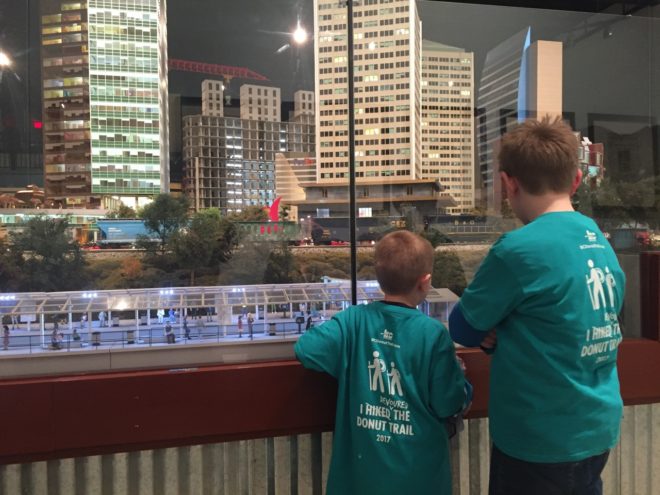 Needless to say, our boys were enthralled. 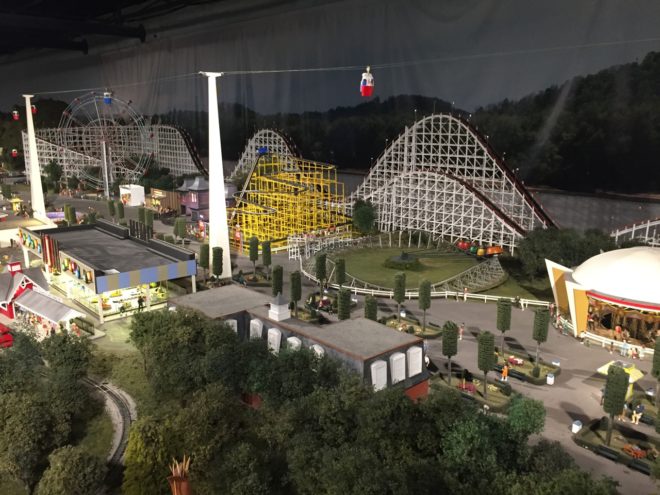 There’s even a full recreation of the Coney Island park outside Cincinnati, with moving rides and attractions. 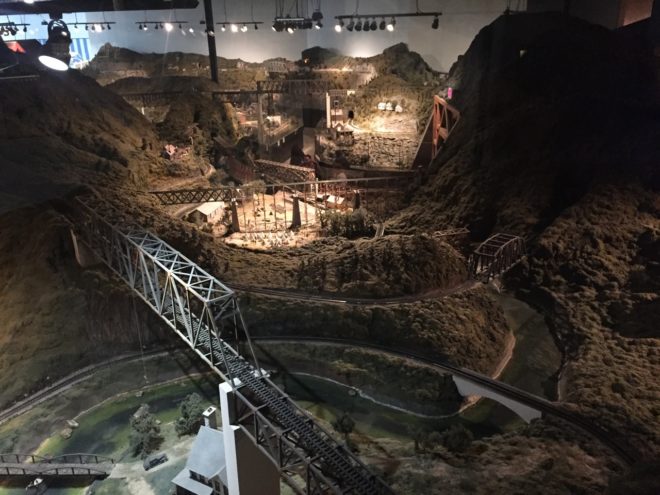 There’s an upper level for viewing, too, so you can look out over the entire display. They’ve covered every detail, even down to the lights cycling through day and night. 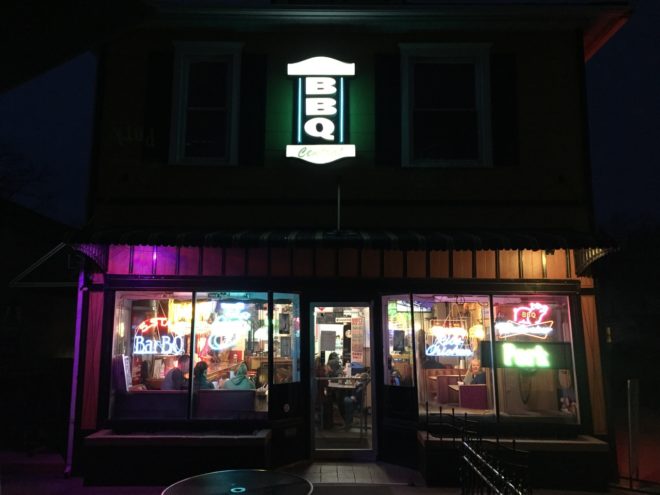 After we saw all the trains, we headed up to Middletown to try Comb’s BBQ. The place proved to be really popular, so we called in an order ahead of time. 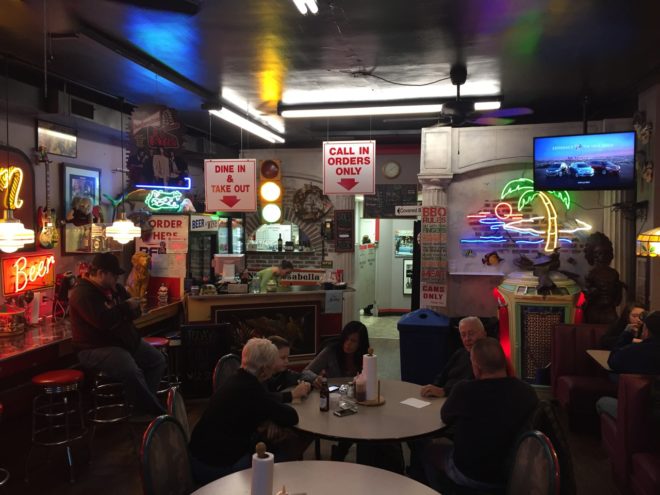 We could find Combs by the bright neon signs and the light streaming from the windows. 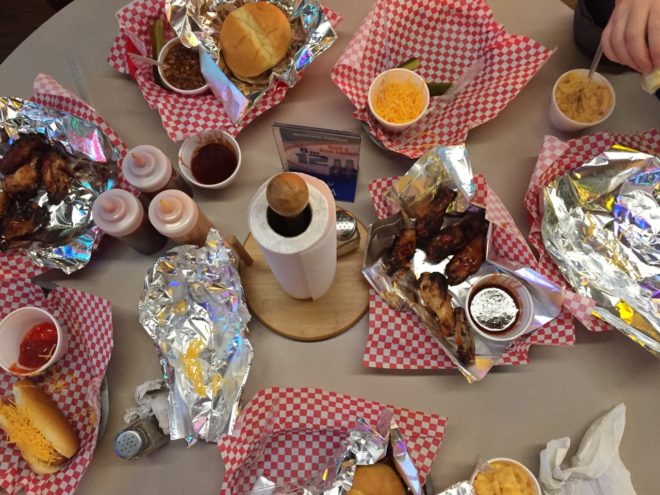 Then we ordered a good selection of things from the menu. Our server told us that Comb’s has a long history in Middletown, with the family operating a smoker in a parking lot that drew crowds. This is their first brick-and-mortar, and the fans have followed them here. 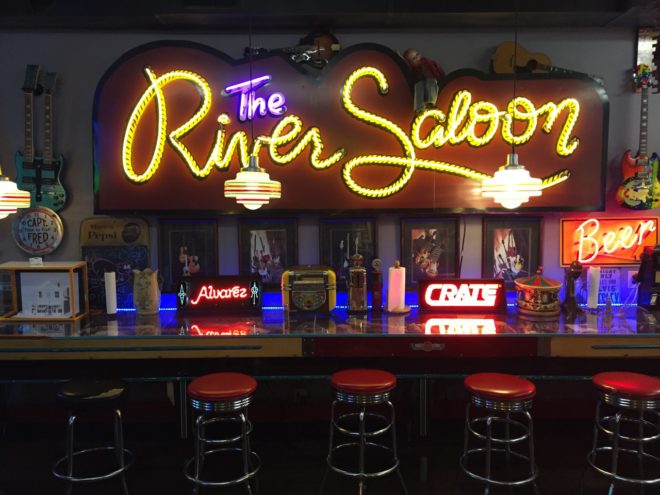 The interior mixes booths, tables, and counters, and there’s plenty of diner and old west kitsch to keep everyone entertained. 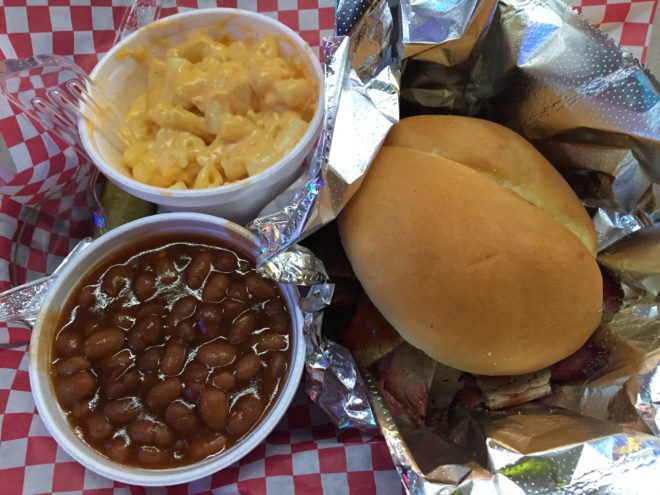 We sampled our way through wings, hot dogs, pulled pork, brisket, and plenty of sides. All a fitting bite of protein after a day of donut sampling.

The next morning we were up early to visit our last donut shop, The Donut Spot in Fairfield. The boys and I snuck out early to grab donuts, came back to collect Mrs. Breakfast w/Nick and check out the hotel (the lovely Staybridge Suites in West Chester), and then head on to brunch at Cozy’s Cafe.

Disclaimer: accommodations and attraction admission was provided by the Butler County Visitors Bureau. Photos and opinions are my own.