Quick Pint: Great Lakes Brewing Company is All Yours 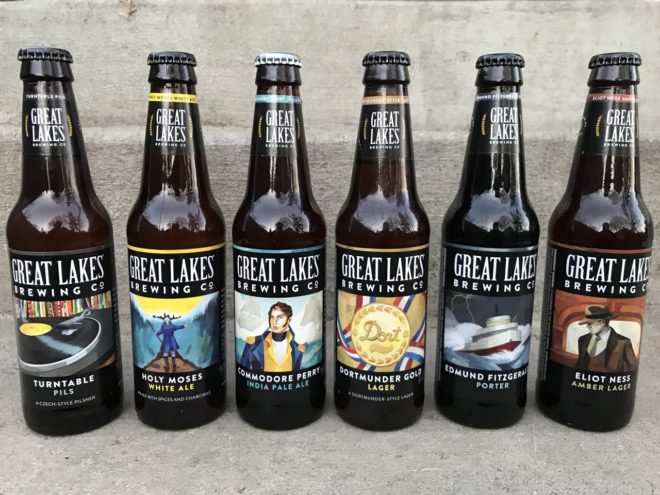 This post is sponsored by Great Lakes Brewing Company. Photos and opinions are mine, yo!

I consider myself a pretty seasoned craft beer drinker. It’s been well over a decade since my brothers, friends, and I took those initial steps into discovering that beer more is more than just bitter, yellow American lagers. We learned about hoppy IPAs, barrel-aged stouts, American versus British styles, porters, Trappist ales, sour beers, and on and on. We sampled to our hearts’ content at beer festivals, lined up at bottle release parties, sought out hard-to-find beers on tap, and logged our discoveries on BeerAdvocate and Untappd.

Above all, it was fun. We loved discovering new flavors and sharing beers for special occasions. We especially enjoyed the culture that grew – and continues to grow – around craft beer. The camaraderie at beer festivals, the fun of hunkering down at a taproom together, and seeing how different areas of the city have grown thanks in part to the new neighborhood breweries springing up. 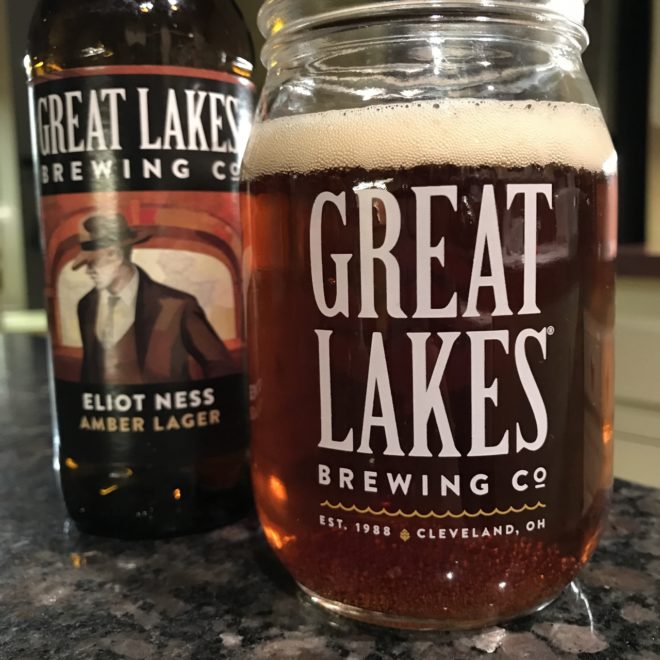 All throughout our fandom, Great Lakes Brewing Company has been a mainstay. It continues to be one of the heavy hitters in Ohio craft beer, and anyone taking their first steps into the arena will encounter their brews. Many of their beers are synonymous with certain seasons, like the iconic Christmas Ale with the train car and the red Christmas tree bulbs.

I’ve even made a couple trips to their Cleveland brewpub and brewery. For my 30th birthday, my brothers and I took a day trip to Cleveland, including lunch in the pub and a tour of the production facility. And I once played hooky during an academic conference and snuck over to the brewpub for a burger and pint. No regrets.

A few years into our trajectory as craft beer nerds, my friends and I noticed that we had mellowed out, so to speak. Initially we were all about the biggest and boldest. I remember spending nights splitting bombers of giant IPAs and singing their praises for being such a hoppy punch to the palate. 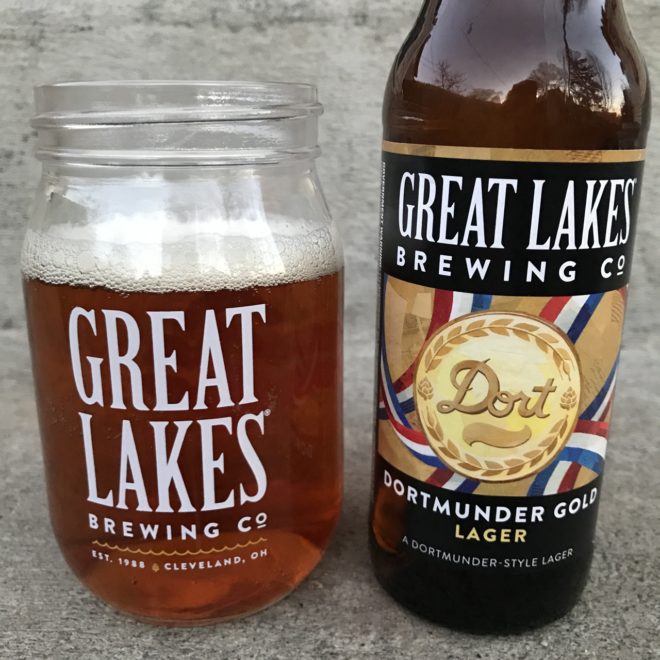 Eventually, I think as we grew a little “older” in our love of beer, we came to appreciate subtlety and balance instead. Certainly there is something to be said about brewing a beer that can’t hide its mistakes behind an overdose of hops or the boozy bite of barrel-aging. And one of the first beers that taught us of the beauty of a clean, balanced easy-drinker was Great Lakes’ Dortmunder Gold. Great Lakes produces a range of beers, and they certainly go big and bold (I love their Lake Erie Monster imperial IPA). Their Dortmunder Gold, a German-style lager, is one of my go-tos; it’s the preferred beer to go with grilled hotdogs and corn on the cob during the summer. The Dortmunder is smooth and crisp, with just a touch of bitterness from the hops that’s eclipsed by a biscuity sweetness. Drinking one highlights the skill it takes for a brewer to craft a simple ale or lager, one that’s easily drinkable, not gimmicky, and a fine of example of what makes it fun to drink a beer. Of all the Great Lakes beers, the Dortmunder is the one I consider mine. 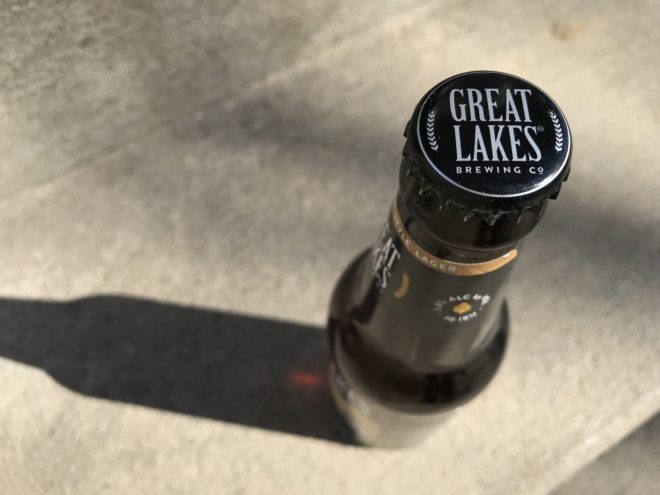 This year Great Lakes Brewing Company is celebrating 30 years in the brewing biz, and over the summer they’re launching the Pint Size Pub, a touring version of their brewpub that will make its way throughout the Great Lakes region. (Columbus friends, they’ll be appearing at Six One Pour on May 12 during Craft Beer Week!) As part of the pub tour, Great Lakes will be giving away a prize that includes a trip to Cleveland to help the brewery celebrate its 30th anniversary this September.

So which Great Lakes beer is all yours? Check out their roster here. You can win a GLBC swag bag if you post on Twitter or Instagram and tag me (@breakfastwnick on Twitter and @breakfastwithnick on IG) as well as @GLBC_Cleveland on Twitter and Instagram. Use the hashtag #GLBCisMine and share which of their brews is yours for a chance to win!

This post is sponsored by Great Lakes Brewing Company. Photos and opinions are my own.