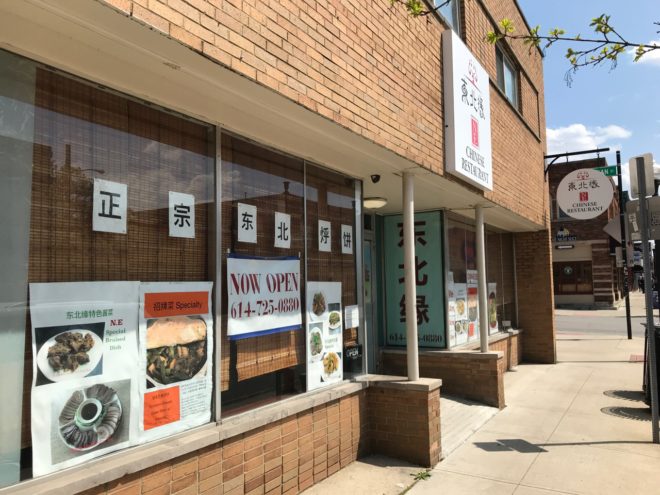 If you’ve looked at our page of Current Cravings lately, you’ll have noticed that N. E. Chinese has topped the list for quite some time. That’s because it really, truly is one of our current cravings. It’s the type of place we’ll make any excuse to go to. Family in town? Night out with friends? Hungry? N. E. Chinese it is. 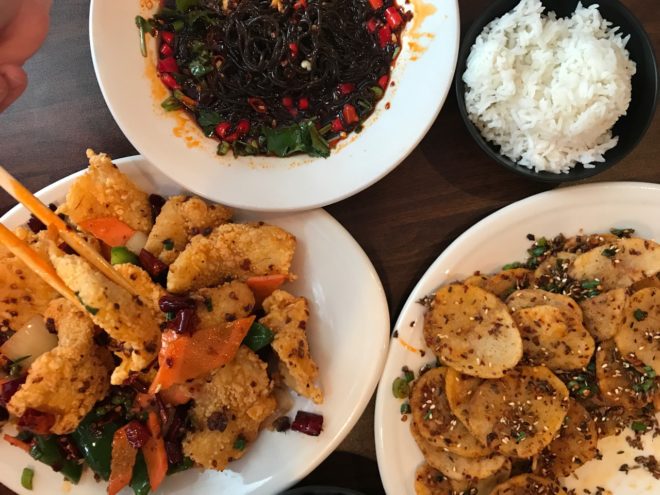 N. E. Chinese is located in a pretty unassuming storefront in Old North Columbus, across the street from more visible stops like Ace of Cups, Ray Ray’s food truck, and the Mikey’s inside Ledo’s Tavern next door. We haven’t ventured too far on the menu because we quickly found our favorites and have stuck with them. 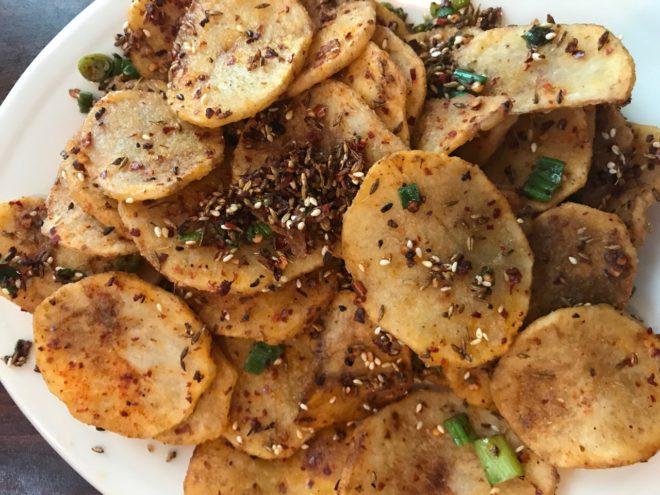 N. E. Chinese’s name indicates that it features dishes from the northeastern region of China, commonly called Dongbei. Many of the Chinese restaurants we know and love like Helen’s Asian Kitchen, Hong Kong House, or Fortune feature Szechuan specialties, so while there’s plenty of overlap, there are new ingredients and seasonings you won’t find elsewhere. Generally, we’ve found more potatoes and fewer heavy sauces. A few of our favorites:

First, the cumin potatoes. We usually order two plates of them. They’re sliced discs of potatoes lightly fried and topped with a mixture of cumin, garlic, sesame, and other spices. (Save those spices to mix with your rice later.) Was it Lay’s potato chips who did the whole “bet you can’t have just one?” marketing ploy? They were really talking about N. E. Chinese’s cumin potatoes. 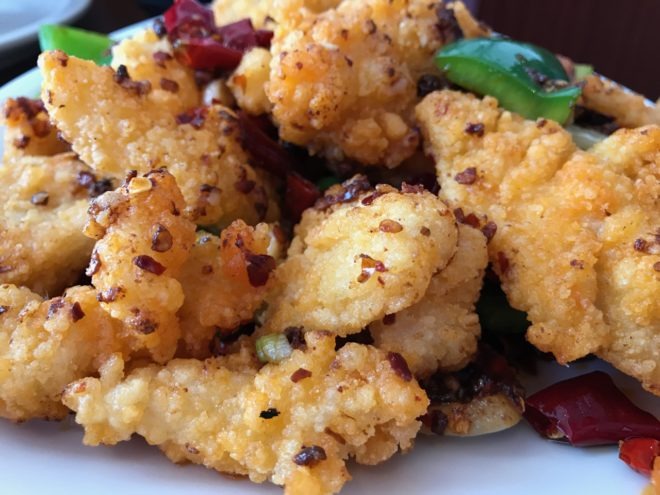 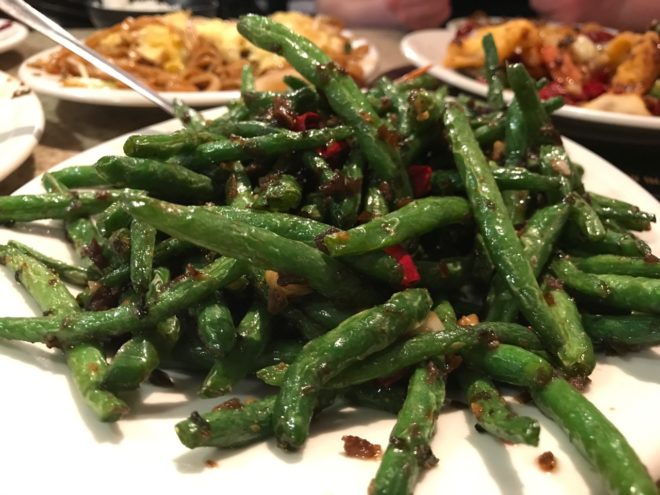 On one visit the owner suggested the green beans with garlic special, and I’m glad we took her suggestion. I love green beans, but I never knew they could be this good. I can’t even tell you what made them so good, except to say they were well seasoned and cooked until just crispy enough. 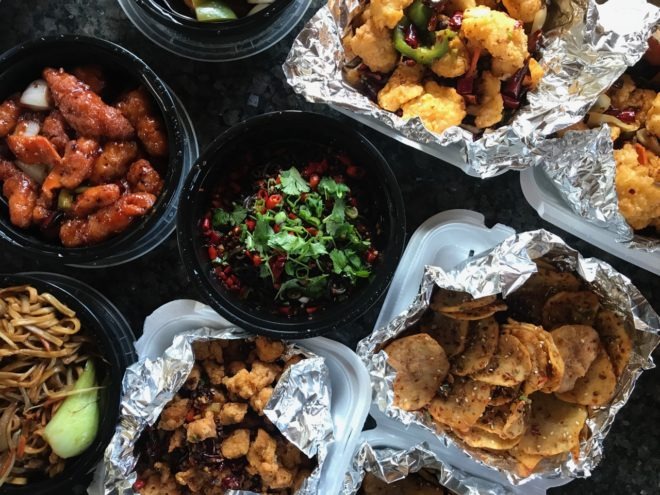 You can see we’ve eaten at the restaurant and ordered take-out. Many times. 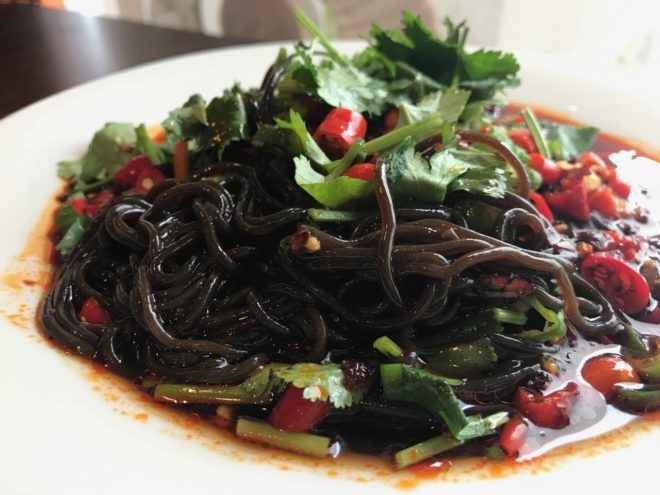 Another greatest hit for us: the hot and sour fern root noodles. It balances a cold temperature with hot seasoning. 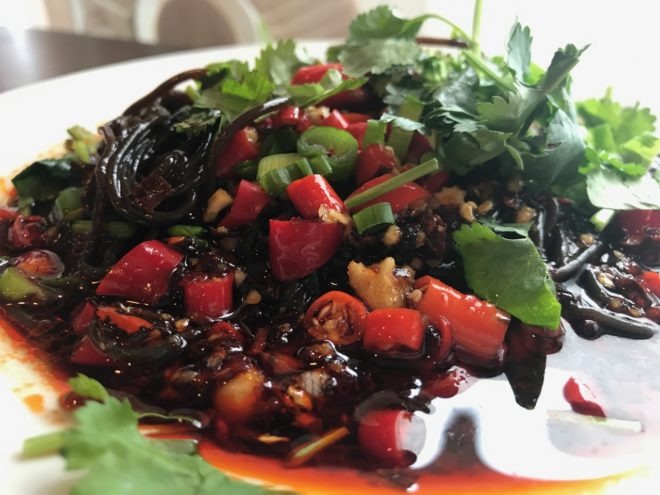 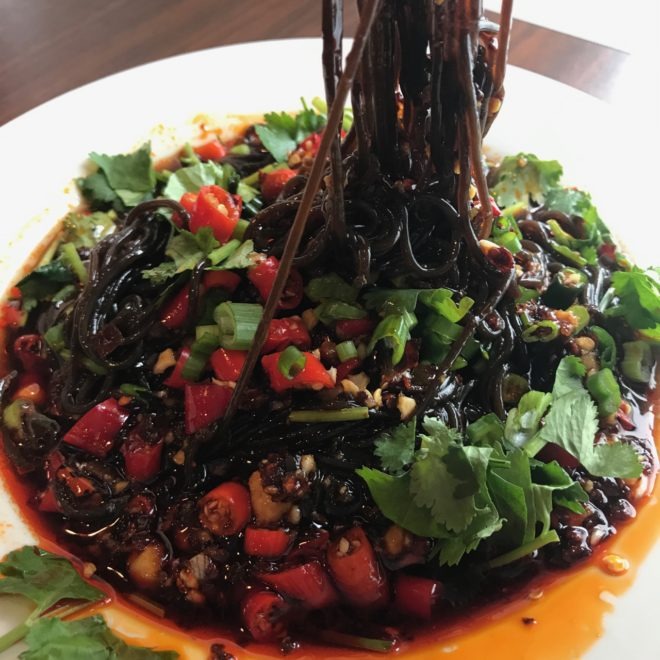 Be prepared to make a delicious mess of yourself when you eat this dish. You won’t regret it. The cool and chewy noodles are a nice counterpoint to the bite of peppers. The flavors and textures continually play back and forth while you eat. 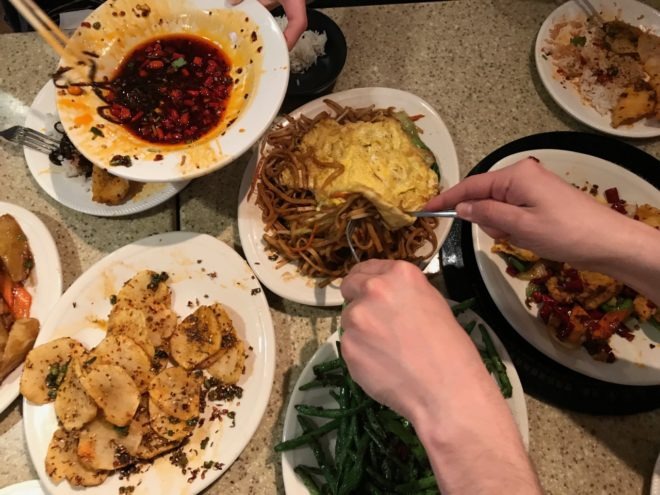 We’ve also dug into spicy fried chicken, a lightly sweet fried eggplant dish (big fan of this), and an egg and noodle dish. 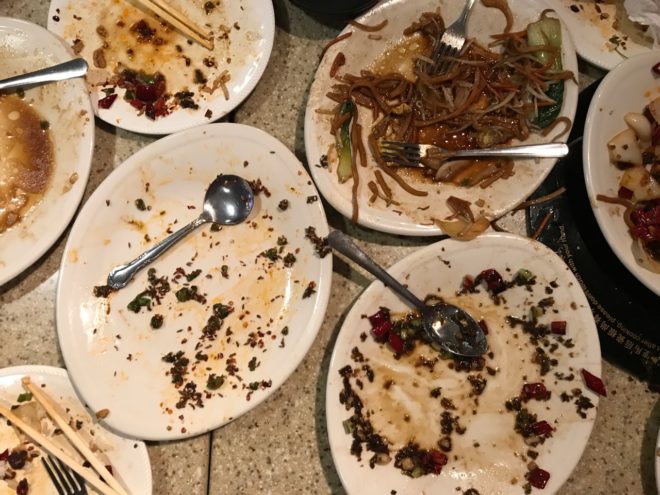 And this is what our table looks like after every visit. No leftovers. 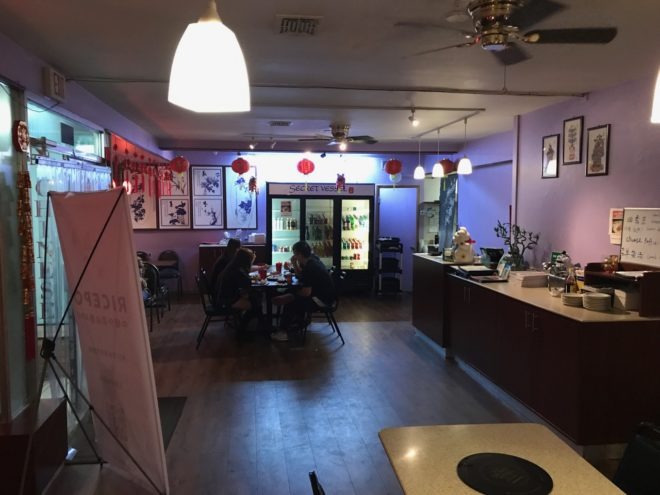 N. E. Chinese’s digs are pretty unassuming. The restaurant was previously Secret Vessel – you’ll still see the name on the signage – and they didn’t do much to upgrade it. But no matter: you’re there for the food.