Road Tripping it to Cincinnati with Toyota 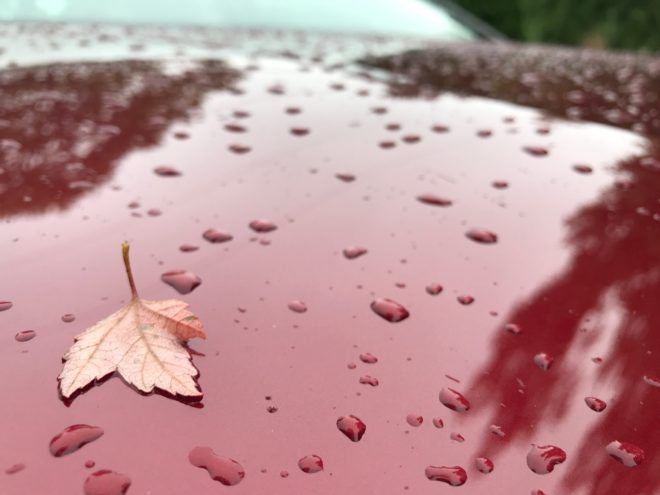 Disclosure: this trip was sponsored by Toyota USA. Photos and opinions are my own.

I’m always up for an adventure, whether it’s a quick day trip or simply exploring a new neighborhood in our city. I love any opportunity to trek down to Cincinnati, and recently Toyota made it quick and easy for us by sharing a 2018 Camry and sending us to see the Reds play the Indians at Great American Ball Park. 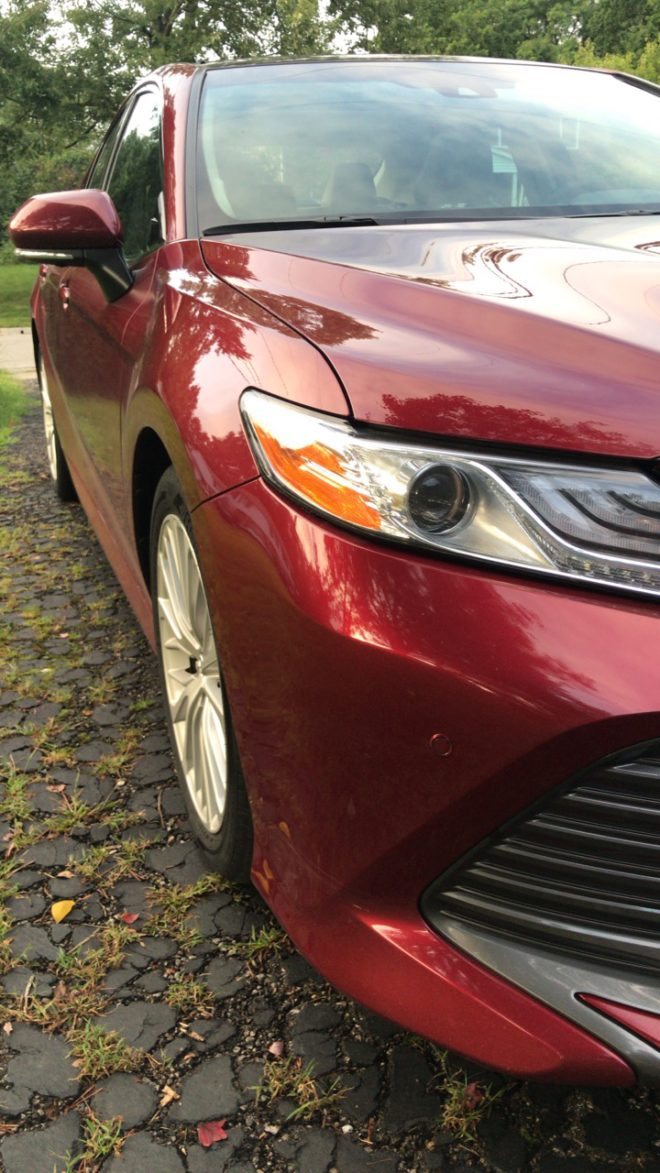 We’ve long been a Toyota family – we’re currently on our second Sienna – so testing out a Camry was an easy sell, especially one with all the bells and whistles you’d expect of a new car. 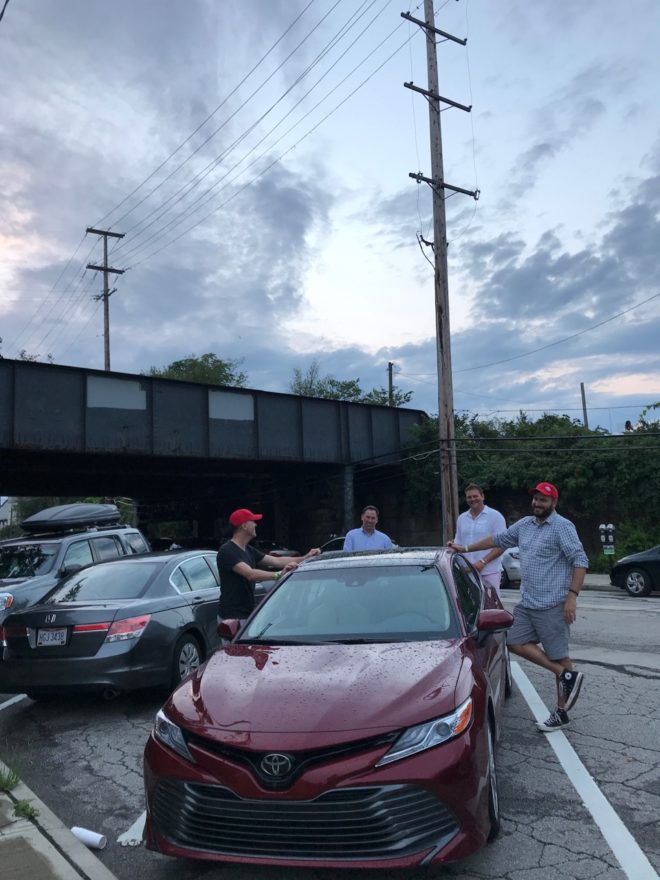 I gathered up some friends, doffed our Toyota hats, and climbed in. 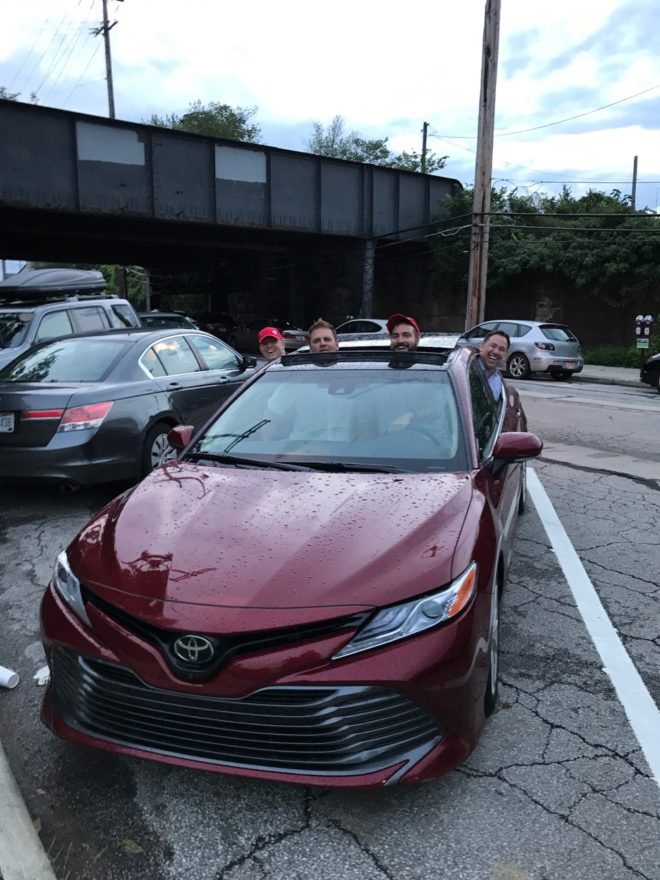 And we discovered there’s plenty of head room, even for those of us over six feet. (In all reality, we were comfortable inside, including the tallest of us.) 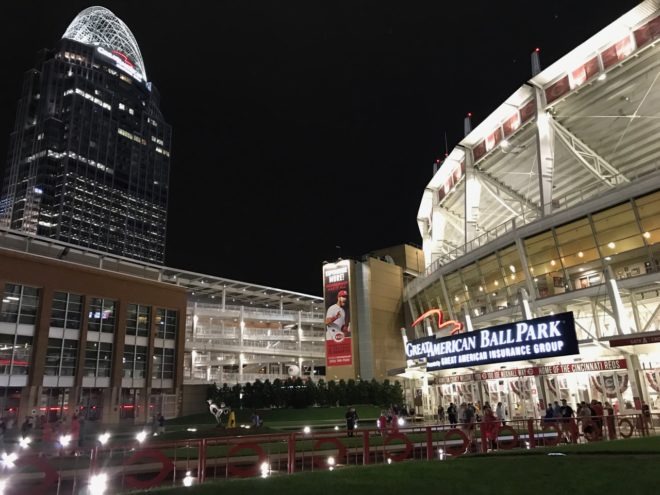 And then we were off in the rain down to Great American Ball Park.

I’ve been to one ballgame in the park before. It’s a beautiful stadium, located on the Cincinnati riverfront, and angled so that most seats are looking out over the river; the upper decks can see boat traffic and bridges on the water. 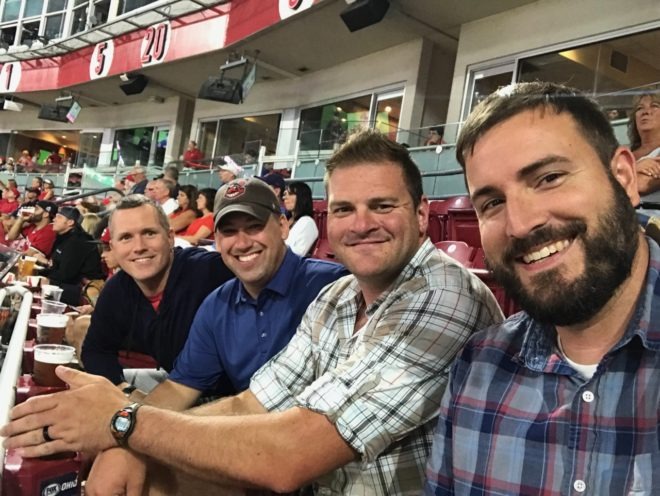 It was especially exciting to see Ohio’s two major league teams face-off. There were easily just as many Indians fans as there were Reds in the house. 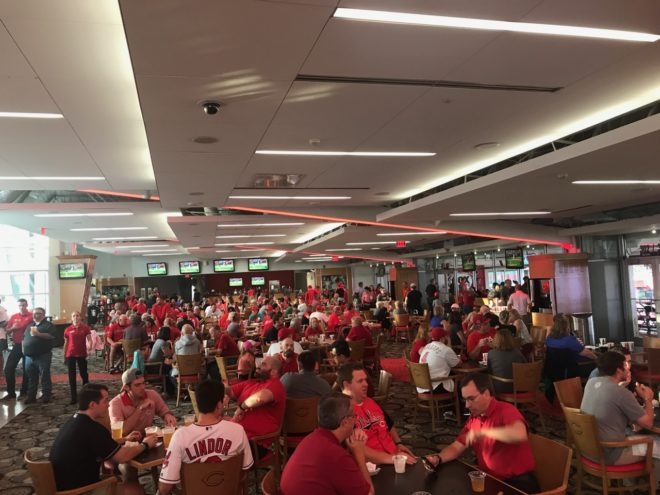 The club level seats included access to the dining lounge, featuring everything from hot dogs to pizza, nachos to ice cream. Plenty of signature Cincinnati names were there, including LaRosa’s Pizza, Christian Moerlein Brewing, and the Montgomery Inn. 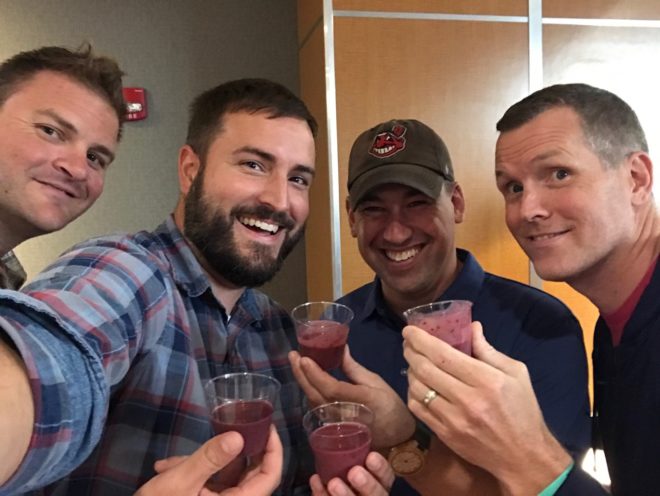 We started with a round of… smoothies? 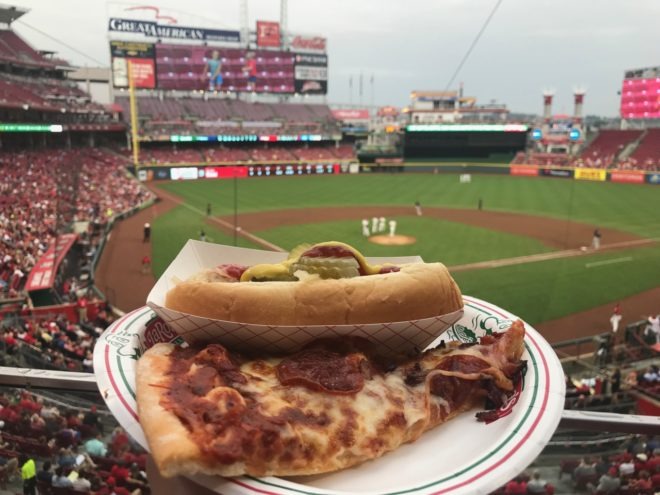 But then we took a lot of the standards back to our seats. It’s hard to beat pizza and hot dogs at a baseball game! 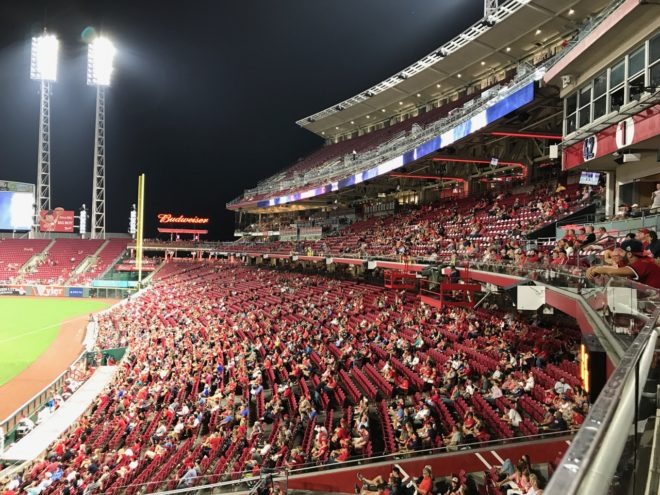 We had a great view of the action throughout the night. 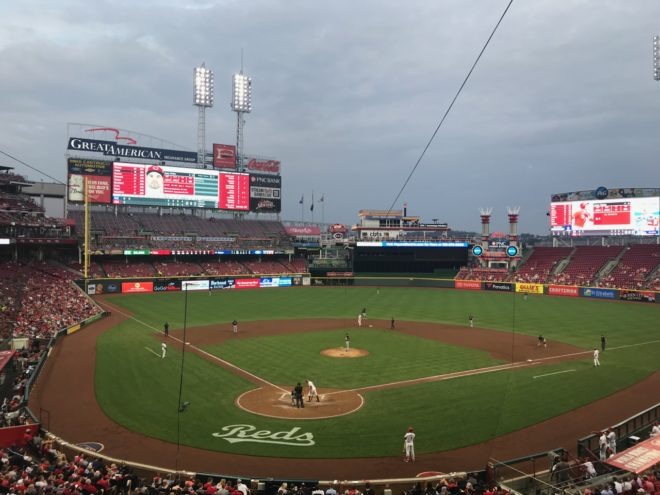 And it turned into an exciting game, with the Tribe stopping the Reds by one run at the bottom of the ninth. The Reds even finished the game with the bases loaded. 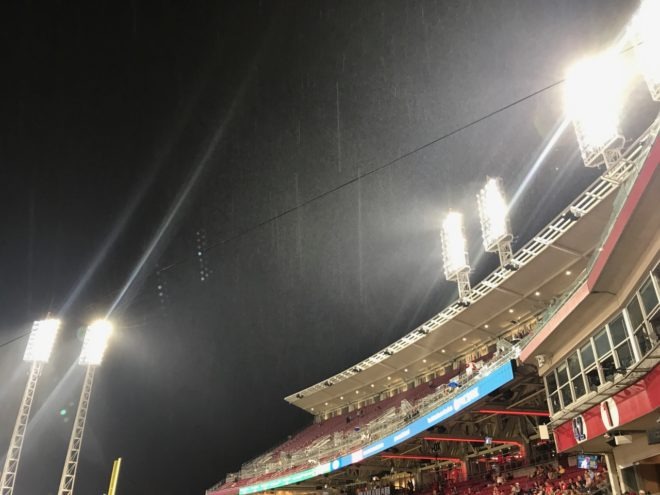 It had rained on the way down to the game, and in the ninth inning, the rain picked up again. Fortunately, the teams played through to the end. 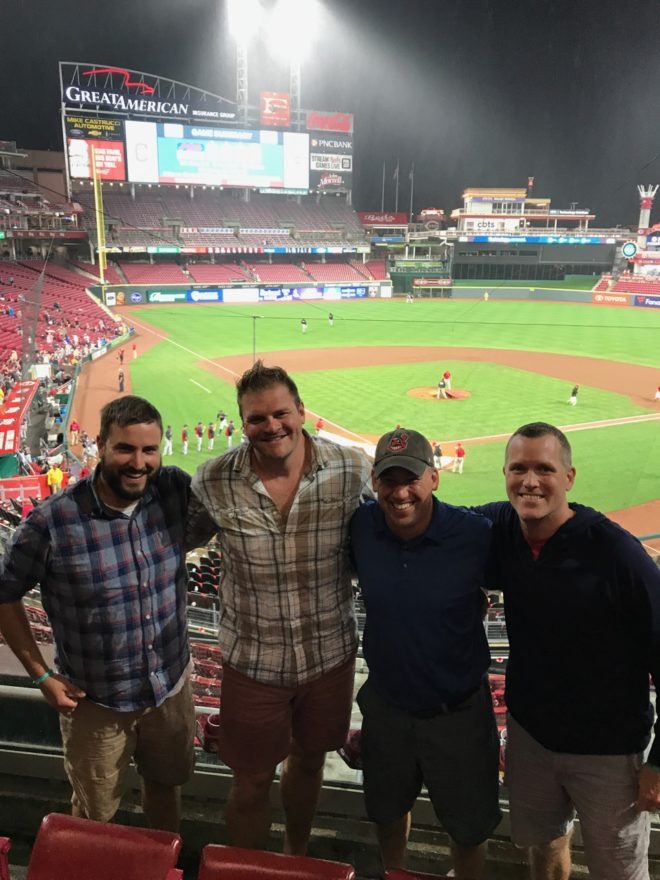 Post-game group photo in the stadium. 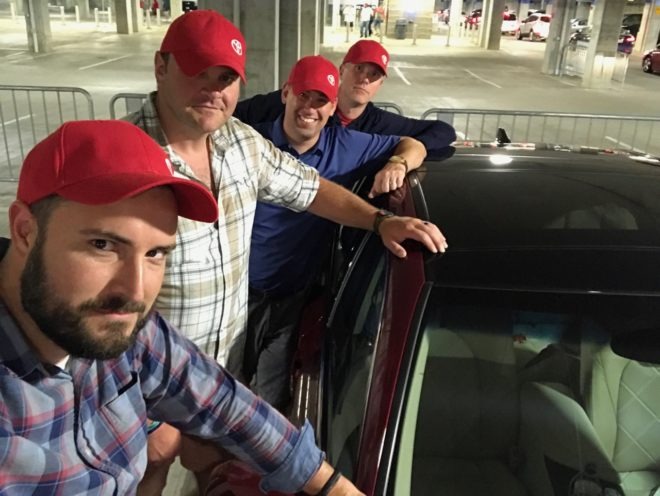 Post-game serious faces with the Camry. The rain followed us most of the way back from Cincinnati to Columbus, and the car handled like a dream. 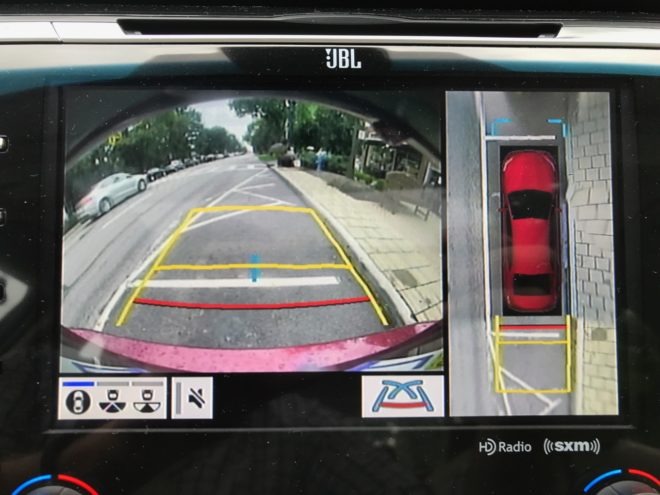 We enjoyed the 2018 Camry over the next few days. The car almost drives itself, from a lane departure system, a radar system that automatically adjusts your speed when on cruise control, and the fanciest configuration of backup cameras that give you a full view of your surroundings. 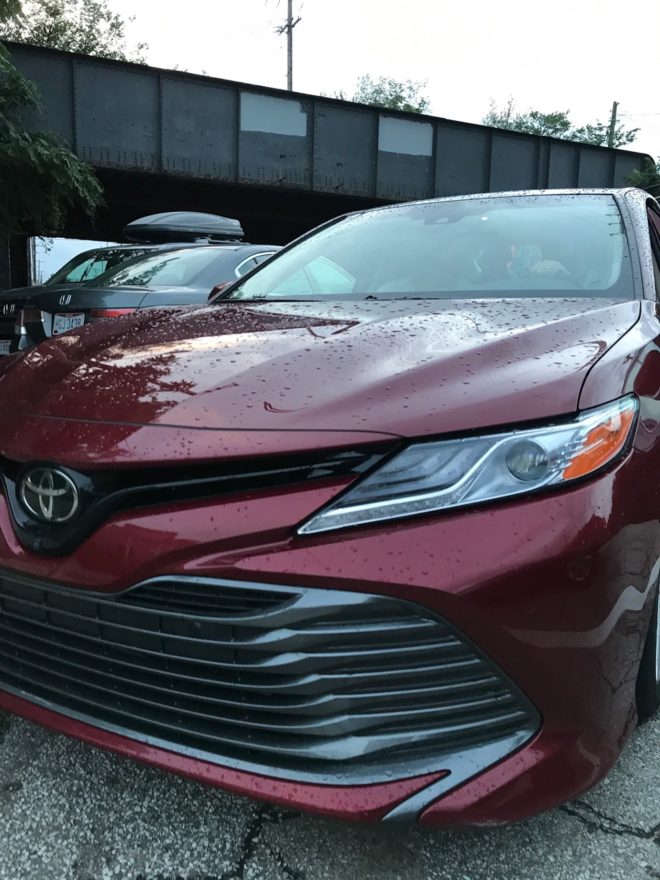 We were certainly sad to see the Camry go. It drove like a dream, and was the perfect vehicle (get it?!) for a baseball road trip. Toyota, if you ever want to lend it to us again, we wouldn’t say no!

Disclosure: this trip was sponsored by Toyota USA. Photos and opinions are my own.