An Ode to the Outer Banks in October 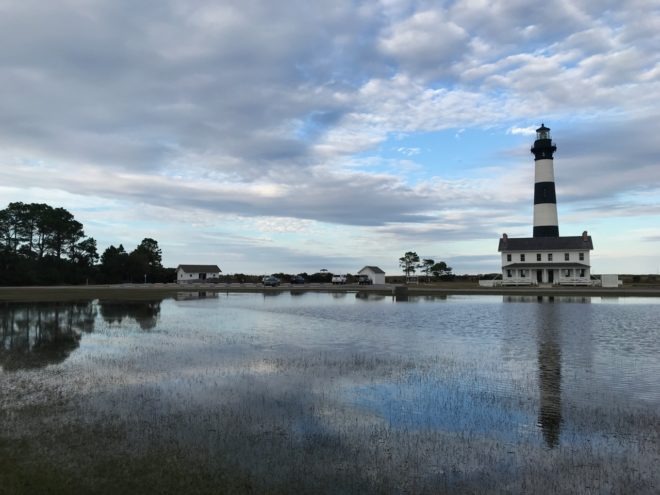 If you’ve followed the blog in recent years, you know that we’re fortunate to able to visit the North Carolina Outer Banks regularly, thanks to long-standing tradition in Mrs. Breakfast’s family. (You can catch up with a lot of our favorites here.) This year we were afforded a special treat, as my sister-in-law got married on the OBX earlier this month. We’ve never experienced the Outer Banks in October, and let me tell you… we’re smitten. 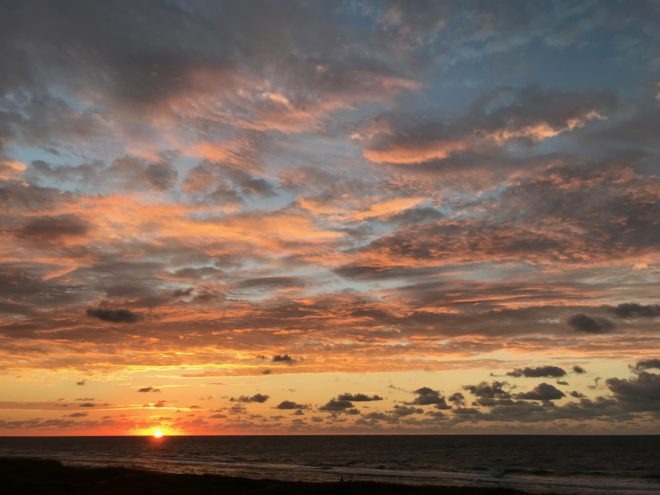 While there’s the off-chance you may be dodging hurricanes in the fall, autumn on the Banks features smaller crowds, cooler weather, and breath-taking views. As a bonus to the trip, we stayed in the southernmost house on Hatteras Island, giving us a 270-degree view of the ocean, the inlet, Pamlico Sound, and even the ferry terminal between Hatteras and Ocracoke islands. 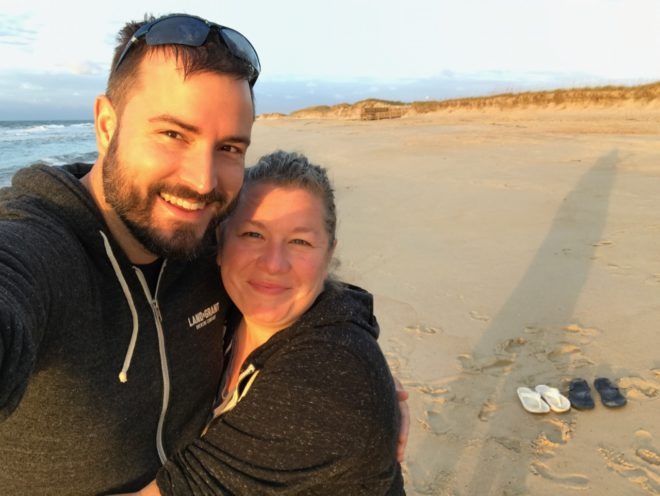 Sweatshirts and jeans feel so foreign on the beach, but we loved it. Consider this our ode to the Outer Banks in October. 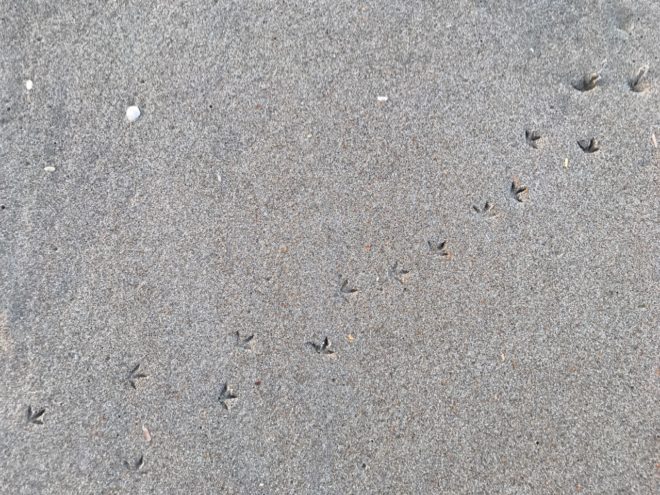 With the changing seasons, the sun rises later, which means it’s easier to catch those beautiful sunrises creeping up over the ocean each morning. We took advantage of the cool mornings to stroll the beach, where the birds were pecking in the sand and the fishermen were out early in the surf. 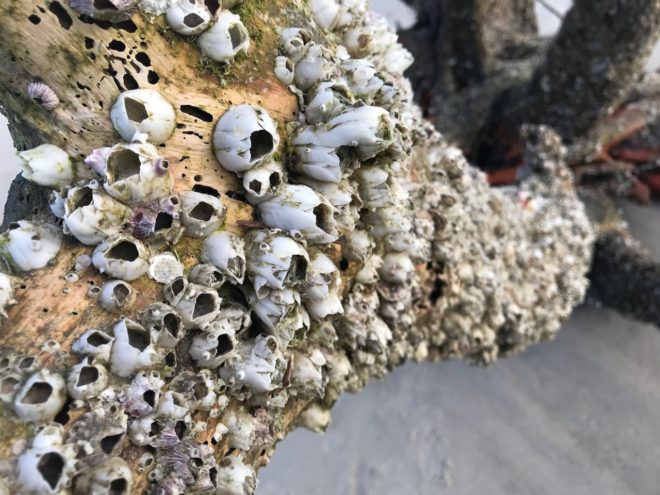 And you can find shells and giant pieces of driftwood dotted with barnacles. 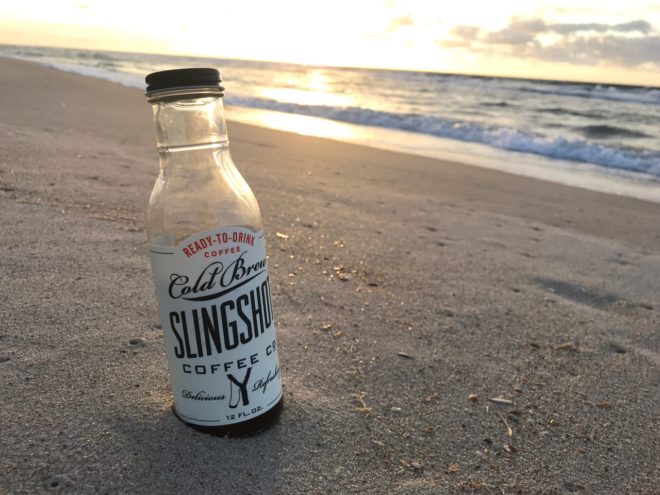 We brought a couple bottles of Slingshot Coffee (apparently to do some glamor shots on the beach). They make some killer cold brew. 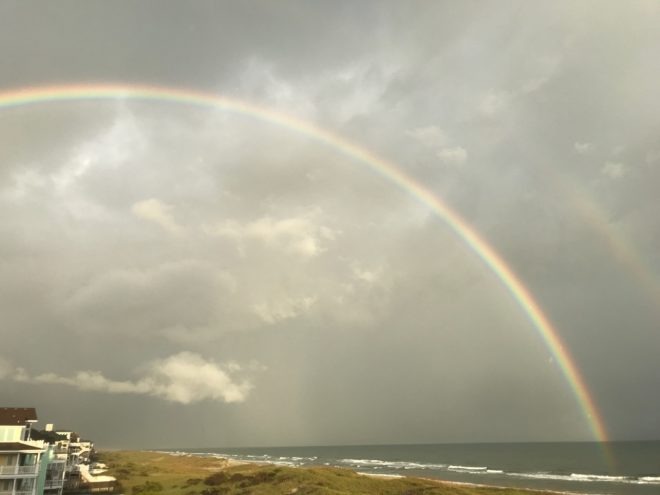 Even when storms roll through, you’re afforded a glimpse of a rainbow across the wide horizon. 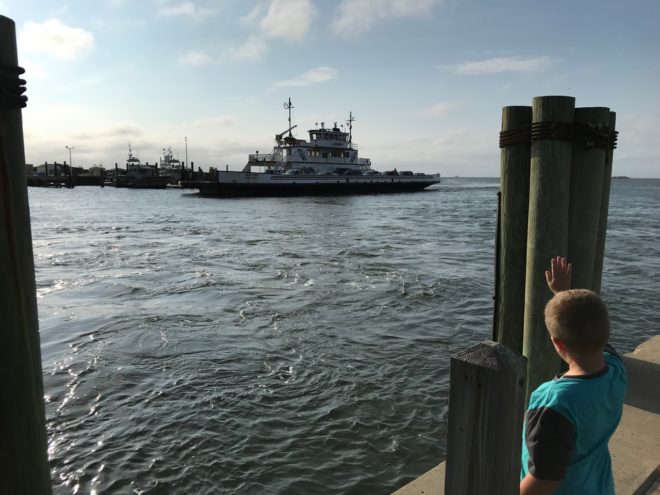 Being so close to the ferries meant we could watch them come and go from the early morning hours late into the night. 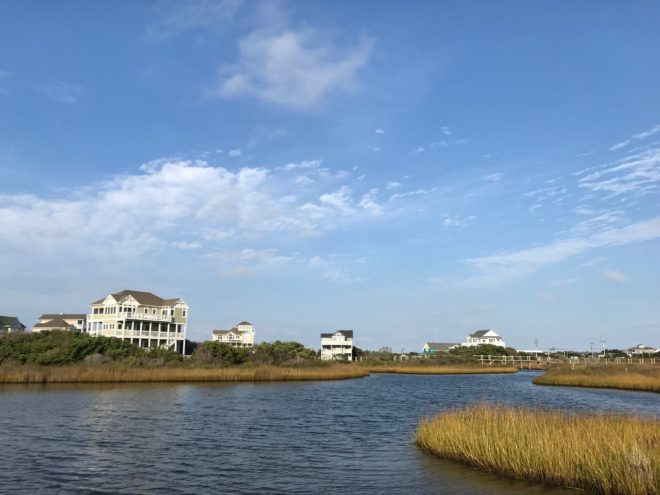 And there’s something about the season… less humidity means clearer skies, crisper lines. 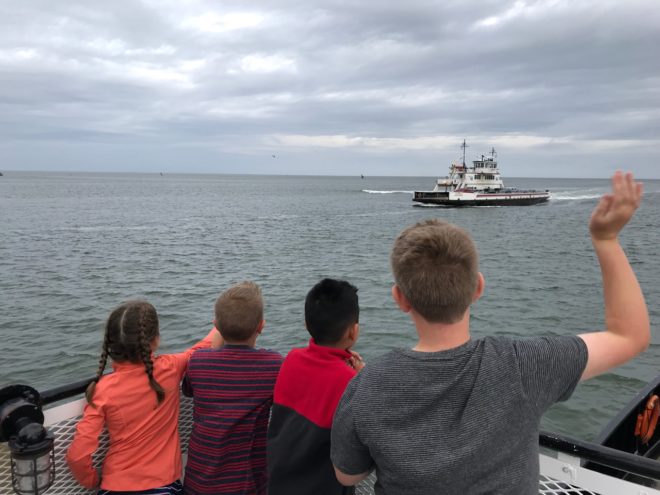 In the middle of the week, we hopped the Hatteras-Ocracoke Ferry down to Ocracoke Island. 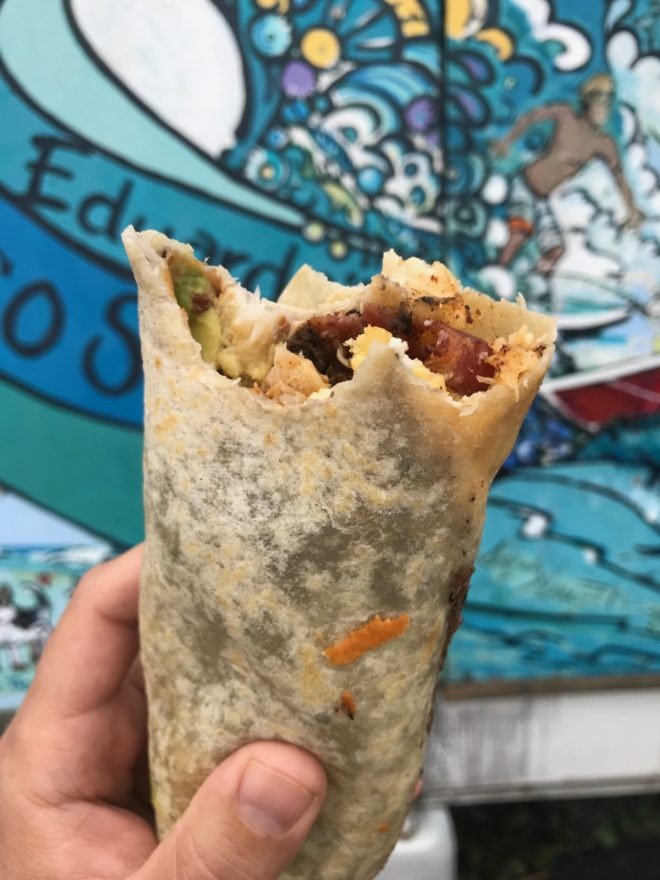 Ocracoke is one of our happy places, a quiet little getaway. The island is 13 miles long, most of which is National Seashore, with a small village at the southern end.

Our first stop on the island is always Eduardo’s Taco Stand for the best breakfast burritos you’ll ever have. 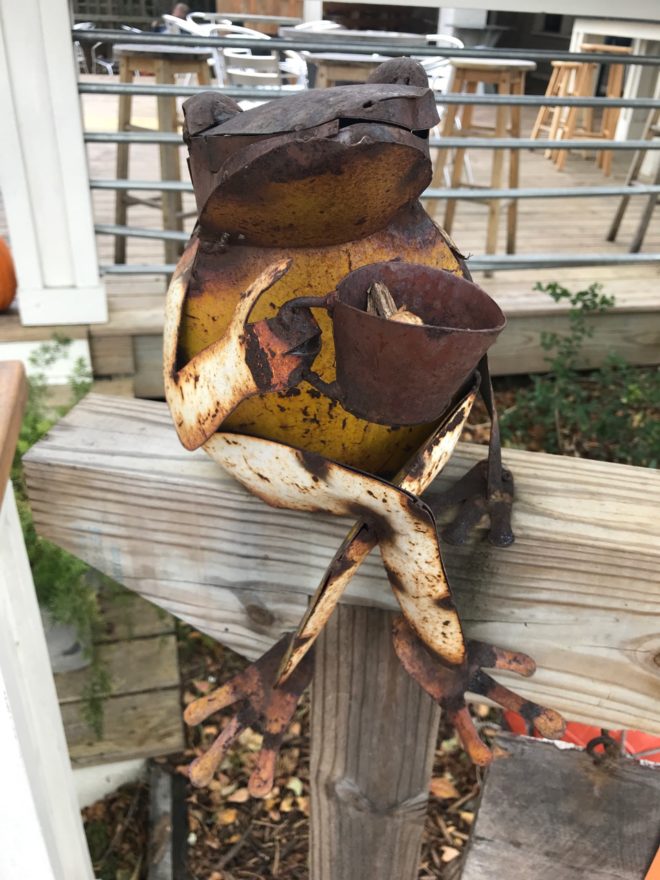 We often rent golf carts to tool around the island, checking out the shops, hitting up Ocracoke Coffee Co. for some espresso… 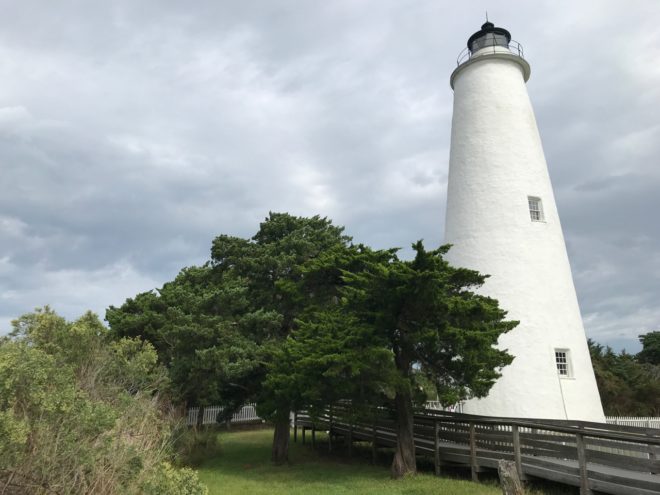 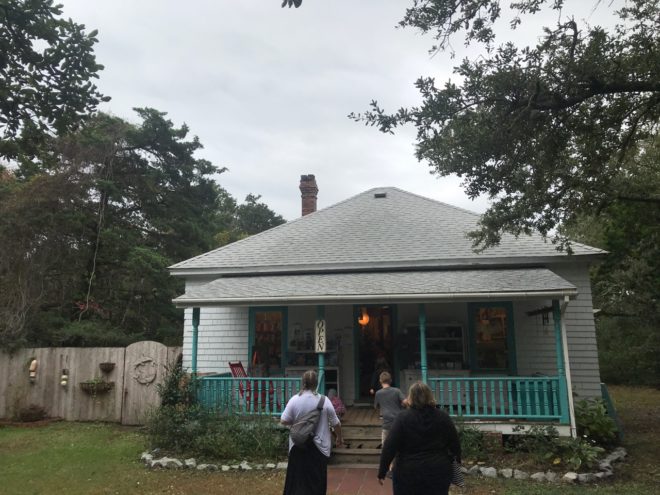 …and hitting up Books to be Red. 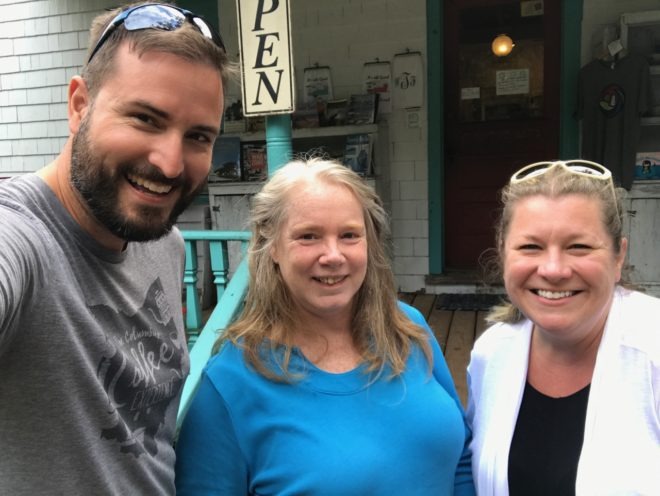 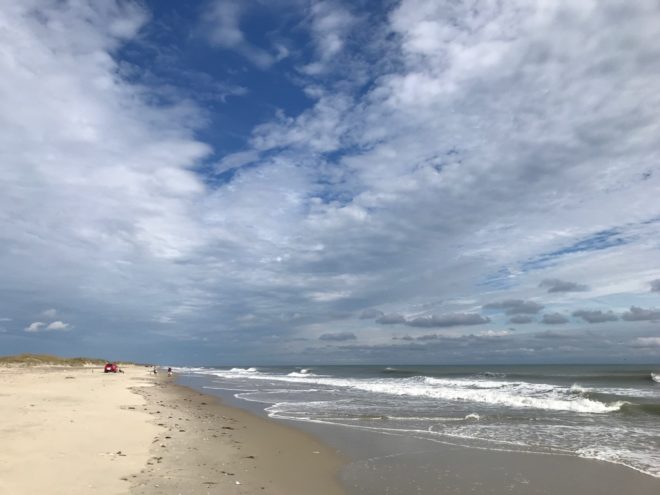 Beth and I stayed on the island a little longer to stroll the beach. It’s nearly empty in the summer months, so it’s positively deserted in the fall, save for a few fishermen and shell-seekers. 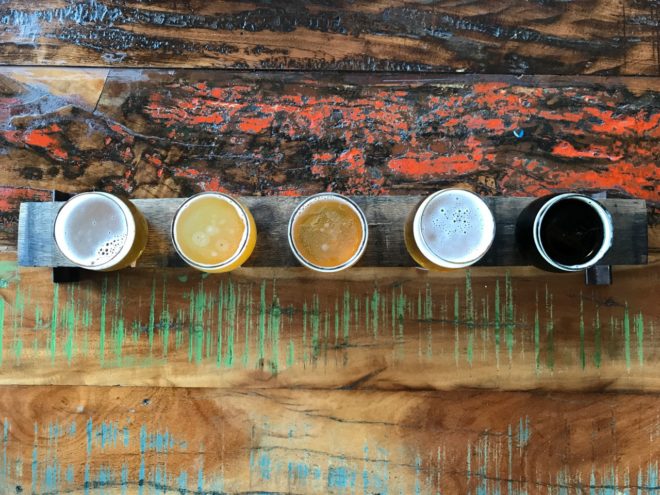 We finished our visit with a stop at the newer 1718 Brewing Ocracoke. Their two-level taproom is bright and airy, with an in-house sandwich stand and a rooftop patio. 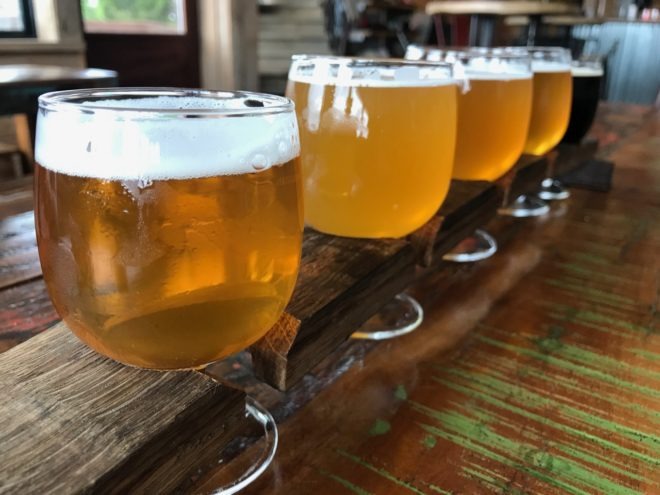 We visited last June and liked the beers, but were even more impressed this time around. From a pale ale, two IPAs, a summer wheat, and a milk stout – all were very well executed and fun to drink. 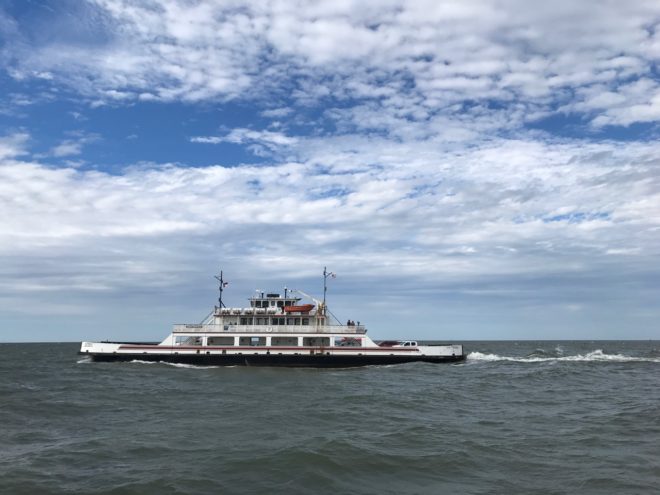 Then we ordered some fried seafood from Jason’s Restaurant to-go, and hopped the ferry back to Hatteras Island.

Very, very soon, the North Carolina ferry system is launching passenger service from the Hatteras ferry terminal directly to Ocracoke village. You won’t have to take your car – just walk on or take your bike. 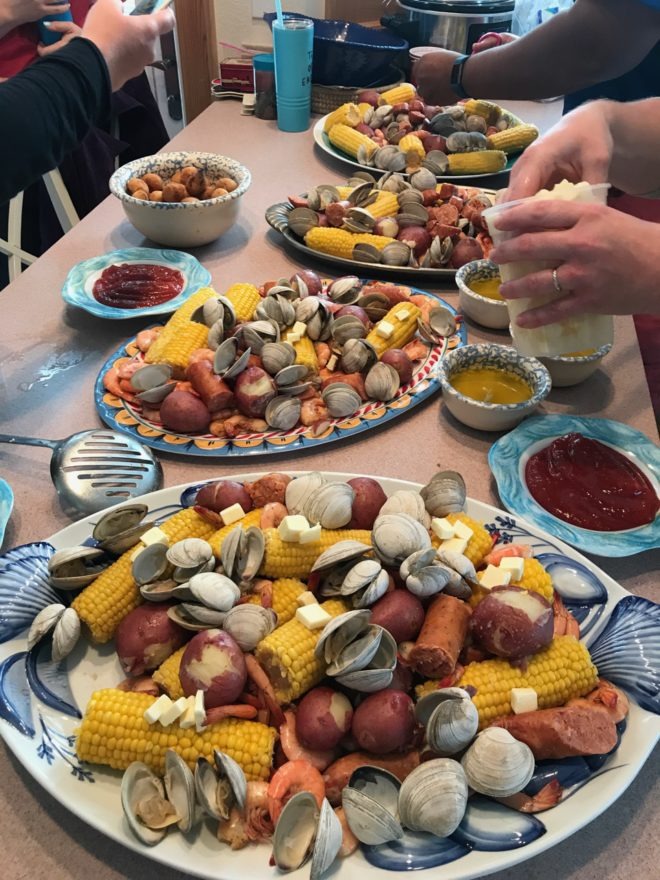 We’re a big group at the house, so there a plenty of large-scale dinners. One night we ordered a low country boil from a local seafood vendor. 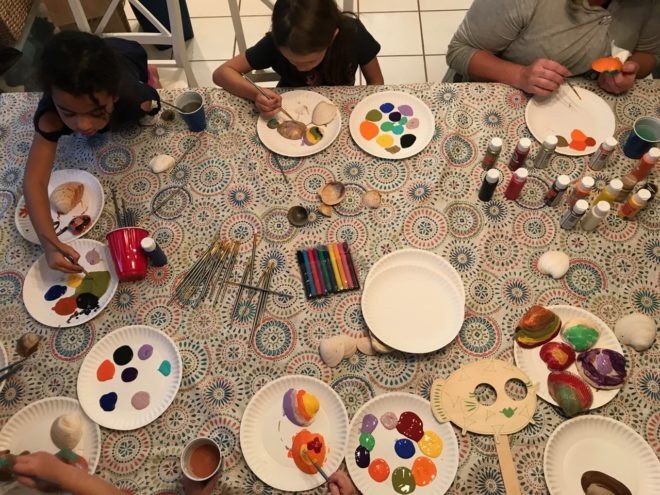 And there were plenty of crafts in the meantime. 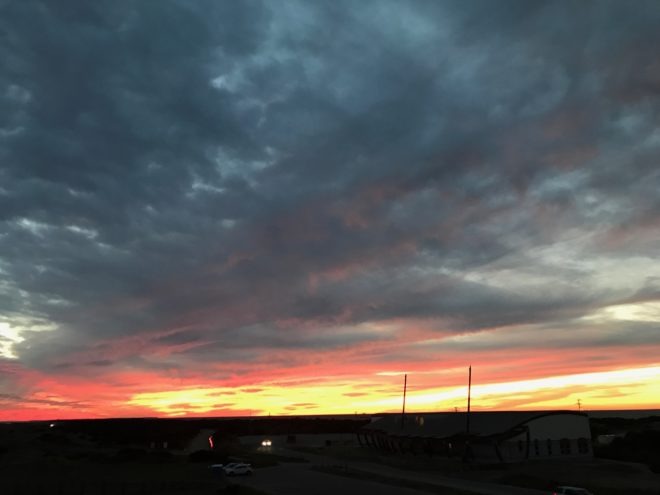 With the large wrap-around deck, we could catch sunsets each evening… 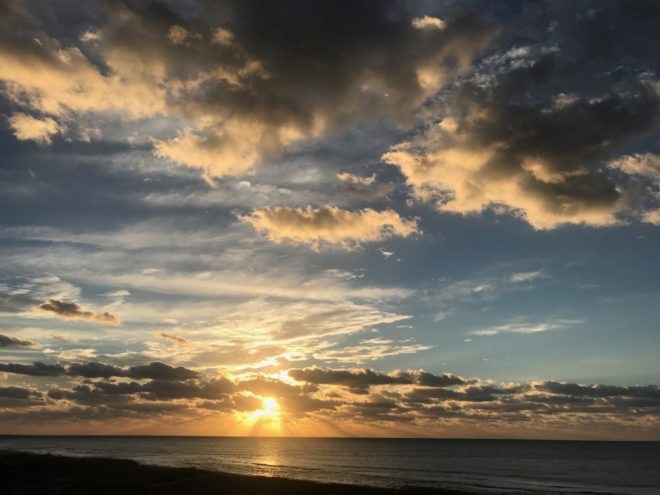 …and beautiful sunrises in the morning. 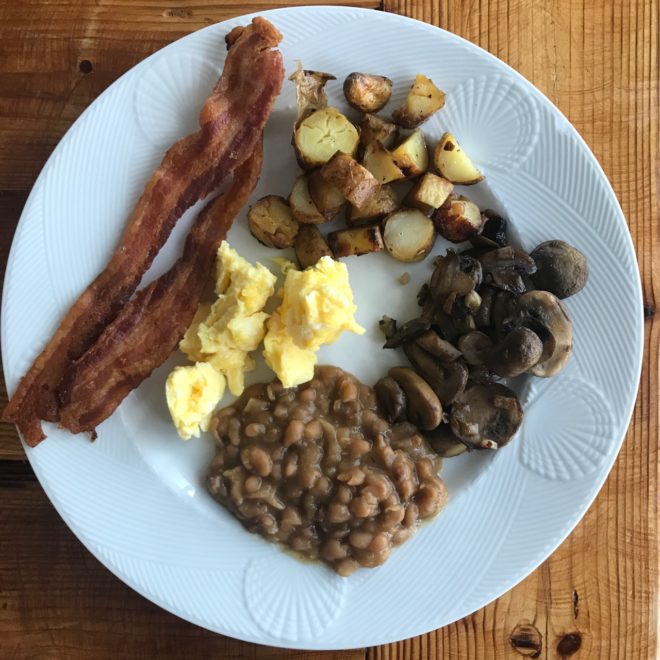 And you better believe we made some great breakfasts. 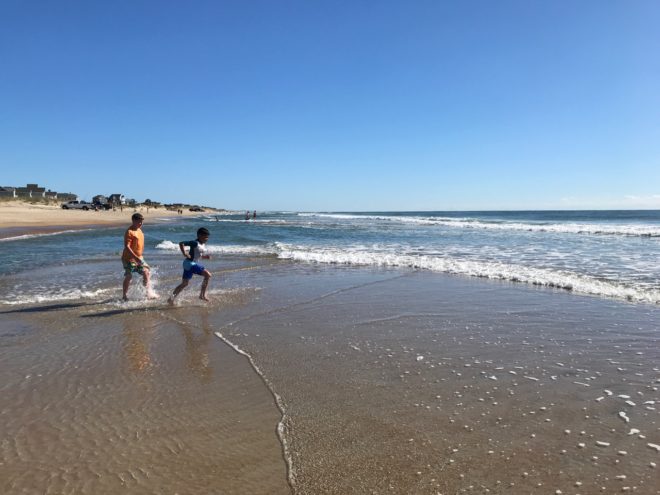 The day of the wedding was absolutely perfect: 70 degrees and sunny. That morning we discovered a wide sandbar only a few feet off shore, so the kids spent hours playing on it. 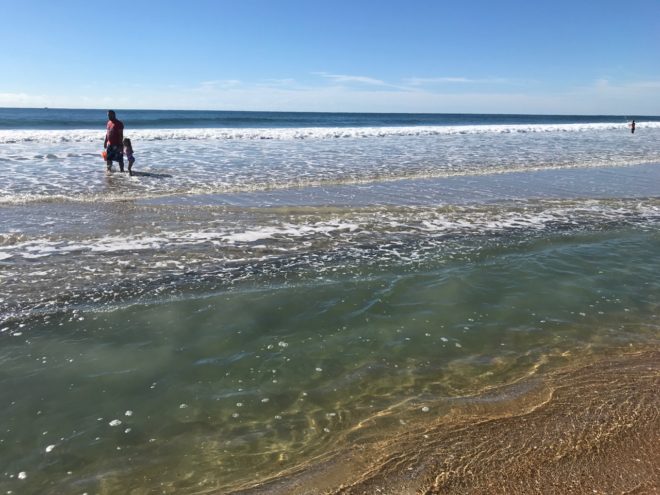 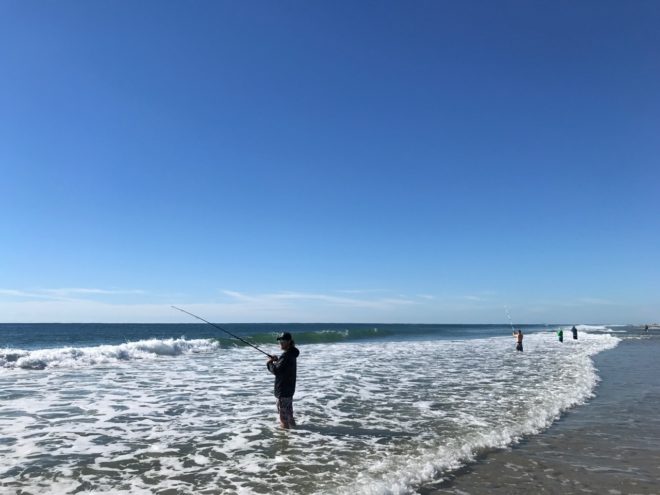 Made for perfect surf fishing, too. 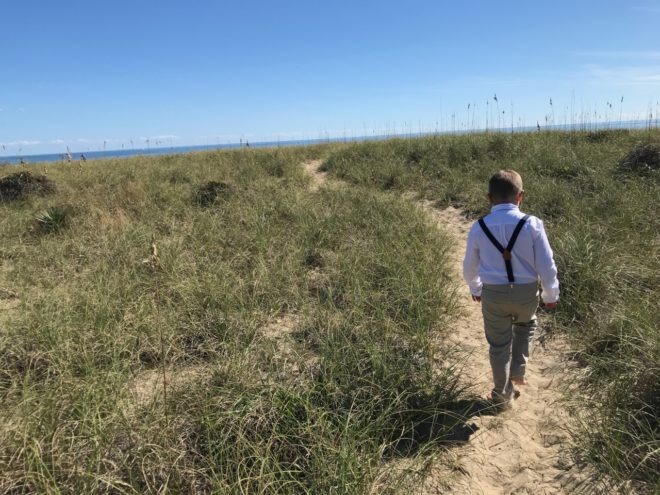 And the wedding itself was gorgeous. The two families gathered on the beach to celebrate Beth’s sister Abbey and our new brother-in-law Jake.

Also… perfect chance to dress our boys in suspenders and bowties! 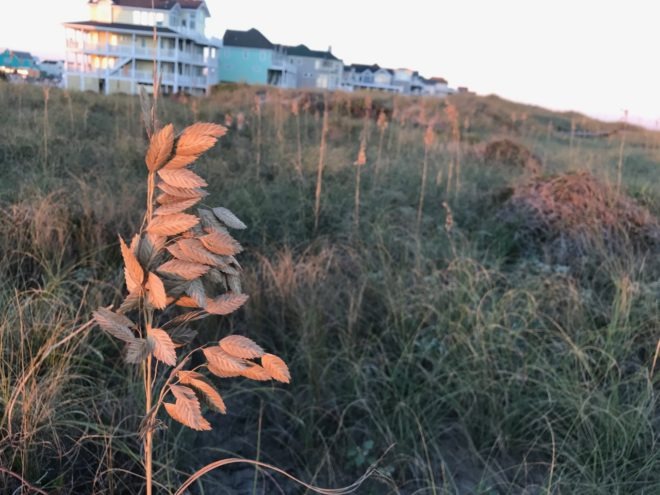 Outer Banks… you were positively lovely in the fall. We’ve seen you in a whole new light, and we’re already scheming ways to get back there next year during the autumn months.

P.S. Traveling to the Outer Banks soon? Check out our travel page with all sorts of ideas here.