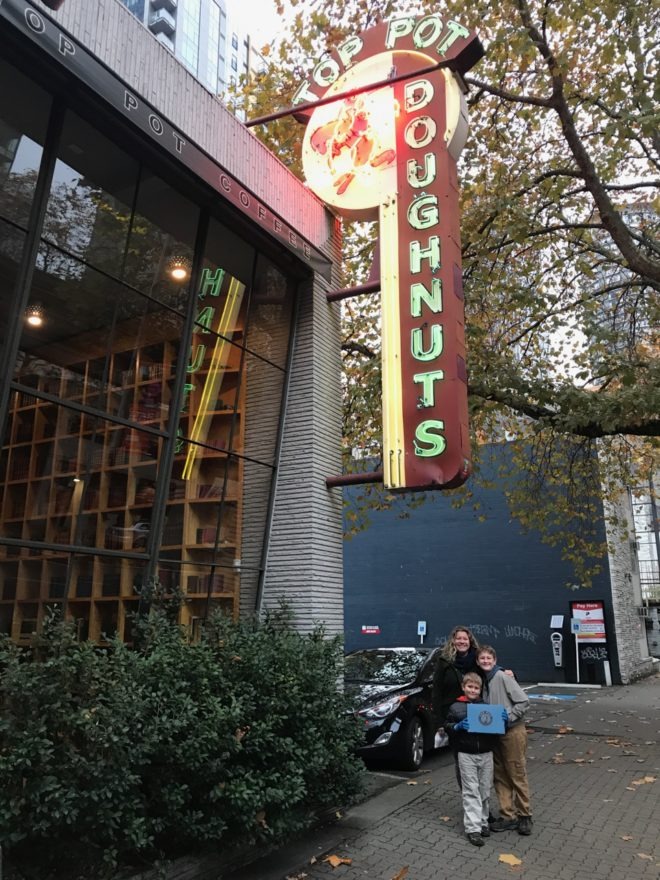 In case you missed it from Instagram, last month we traveled to Seattle, where I attended a marketing conference through Americans for the Arts. The whole family made the trek so we could explore a bit of the west coast and re-connect with a city we haven’t visited in more than a decade.

Big surprise: those adventures included breakfast. Our first full morning in Seattle, in which we woke up early, bleary-eyed and still on eastern time, we walked the three blocks from our hotel to a top donut recommendation: Top Pot Doughnuts. 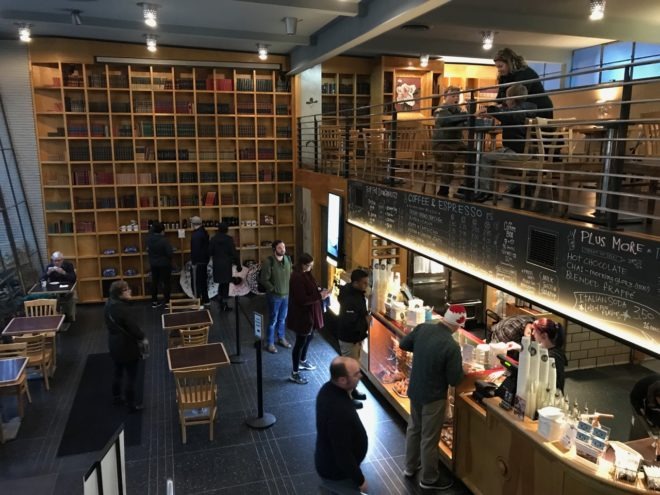 Walking in and seeing the shelves lined with books, the two-levels of seating, the coffee menu – I knew we were in the right place. 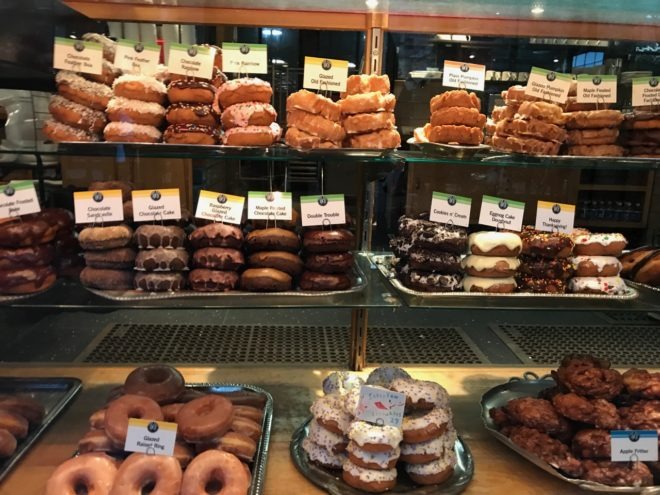 And that feeling was reinforced by a glance at the donut case. 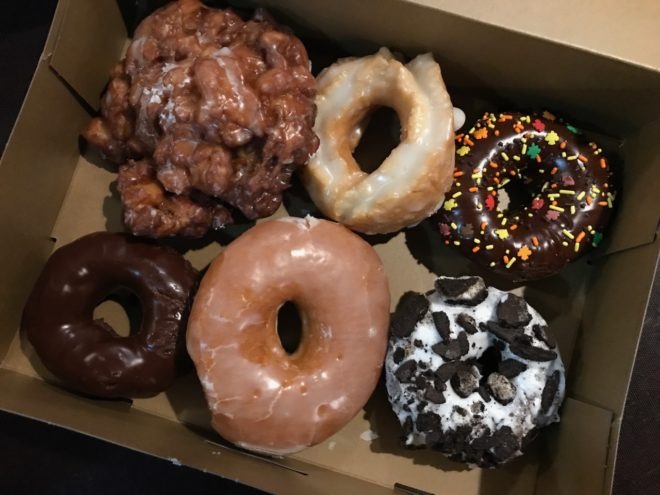 We ordered a half dozen, plus a pumpkin spice latte.

I judge a donut shop based on how well they do the standards, and Top Pot did them justice, particularly the dense glazed old fashioned, the fluffy-but-firm glazed yeast-raised donut, the apple fritter, and even the simple chocolate-covered cake donut. 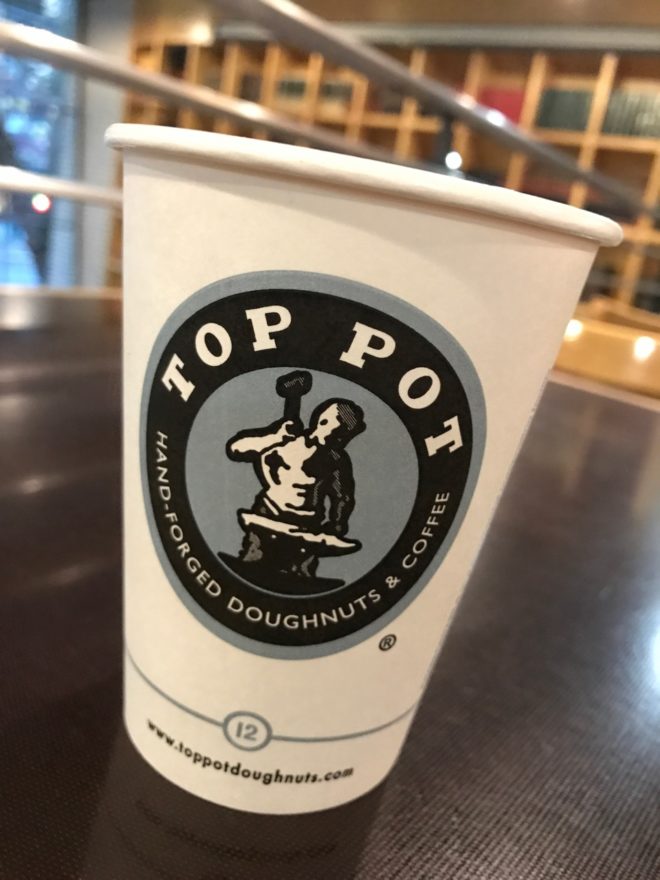 Props to Top Pot for the pumpkin spice latte as well. We don’t normally order flavored lattes, but we had a sense we could trust these. The flavoring seemed real – not just a sugary syrup – and the espresso and milk were expertly handled.

The joke of Top Pot’s name is that the original sign was taken from an old business called Top Spot, but the S was burned out. The owners simply kept the sign and named it Top Pot!