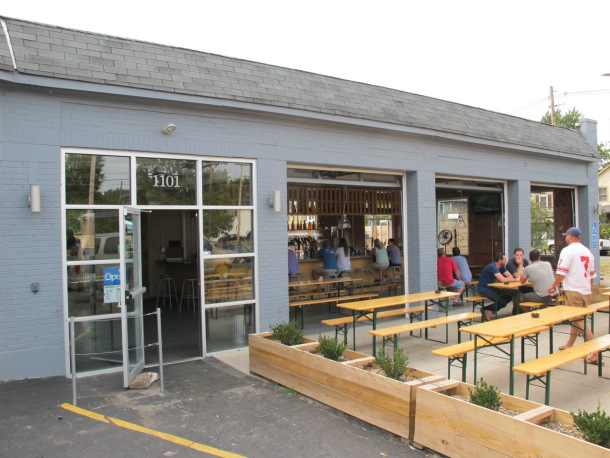 The second half of the Columbus Brew Adventures‘ downtown tour (you can read about Part 1 here), took us to Italian Village to Seventh Son Brewery. We live close to this area, so it was with much anticipation that we watched the former garage space being renovated into a brewery and bar earlier this year. 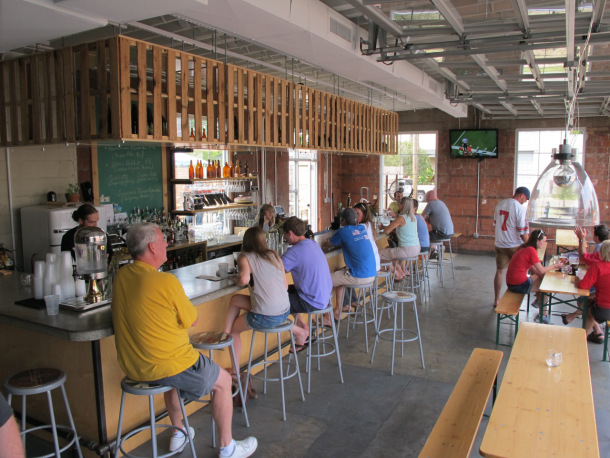 Seventh Son employs a very open design: a big patio out front, large picnic tables near the bar, plus a fenced-in beer garden out back. It provides ample room for sitting, and from what I’ve seen, they need it. 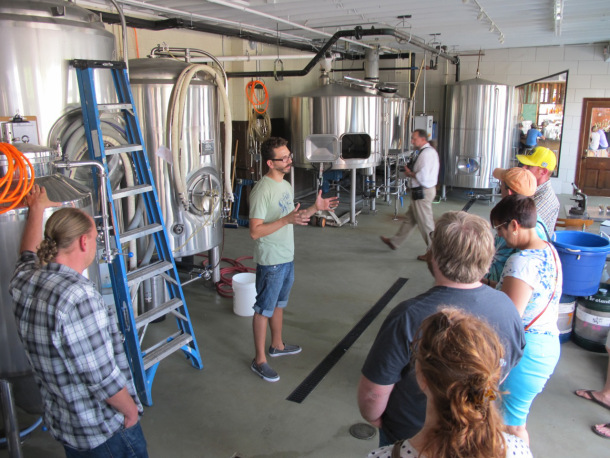 At Seventh Son we were guided by brewer Colin Vent. Colin’s culinary background shone through as he talked about the composition of Seventh Son’s beers, and the meticulous care he takes in honing each recipe. 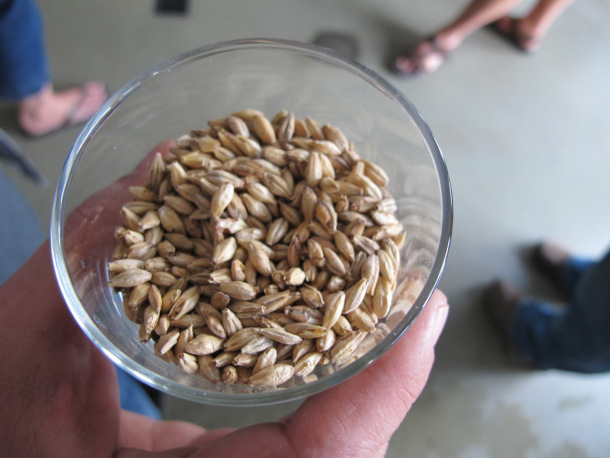 Colin walked us through some of the science behind brewing, all the while passing around cups of barley in different stages of roasting. He had us taste each one, to get a sense of how the grain changes when its heated, and how different combinations can be used to build the profile of each beer. 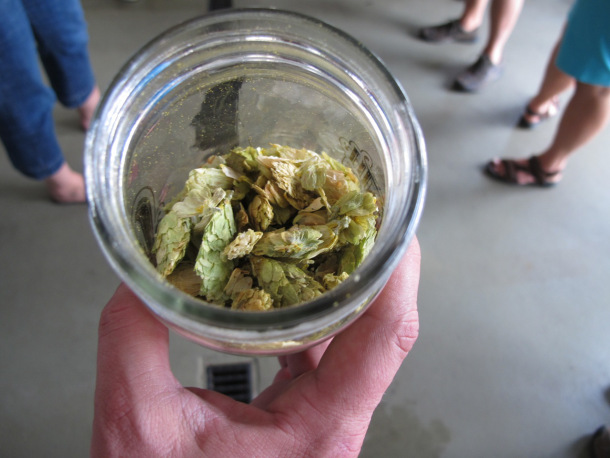 He also passed around leaf and pelletized hops, which are the bittering agent in beer. They balance out the flavor to keep it from being just bunch of fermented sugar water. 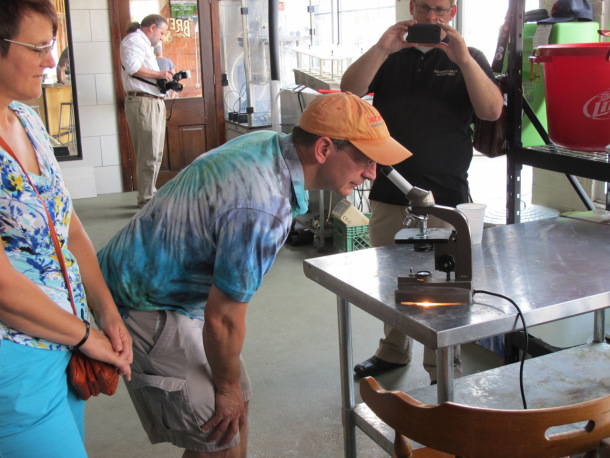 We even got to view some of his yeast strains under a microscope, to better understand the types of yeast and how they ferment beers in different ways. 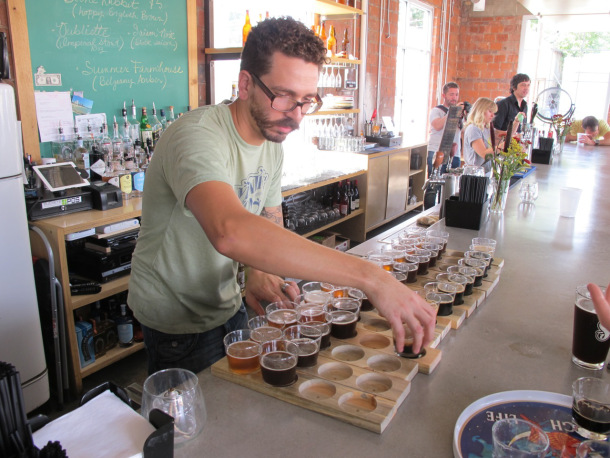 And then, it was time to sample! 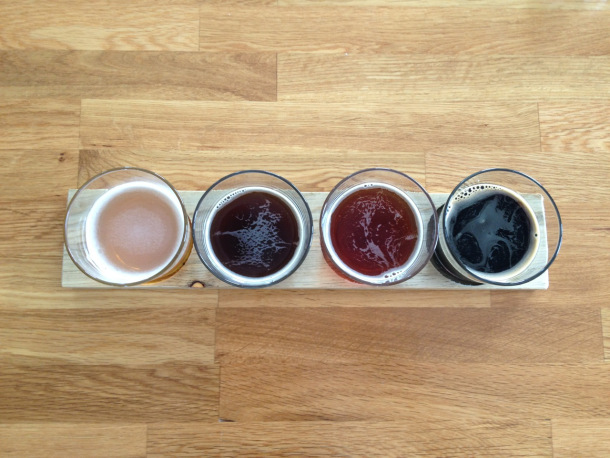 We sampled a flight of four beers: the pale ale, the Stone Rapid brown ale, the Summer Farmhouse amber, and the imperial stout. All excellent. It’s especially nice having just been taught about the different malt characters, and then to see them realized in completed form. 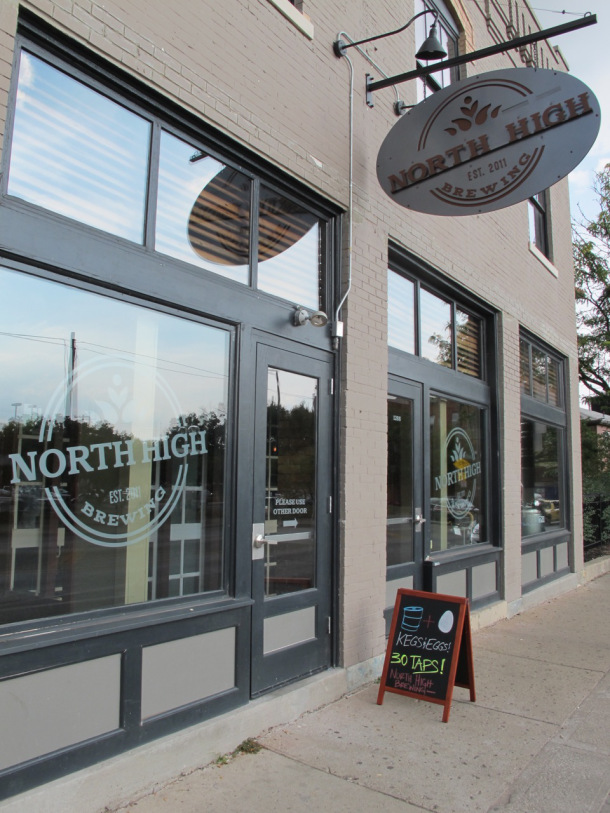 Our final stop took us to North High Brewing in Short North. 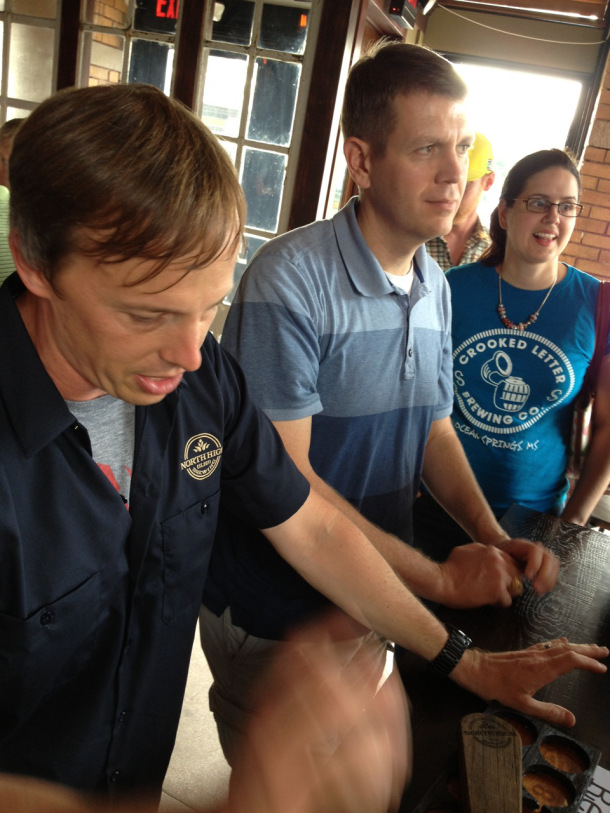 There owner Gavin Meyers served us a samples of their brews and talked through North High’s history. 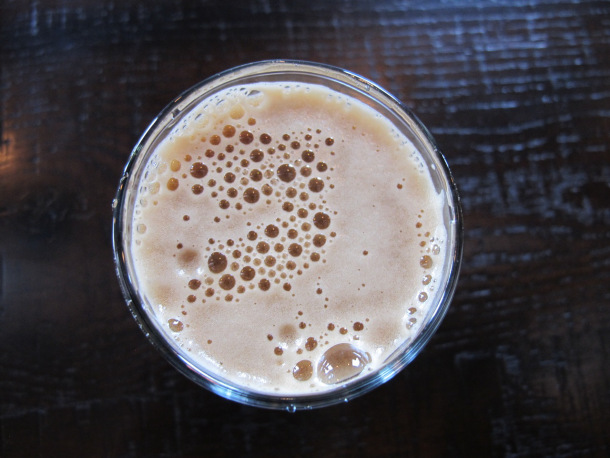 Gavin started us off with a sample of their milk stout. I love stouts, but I’ve always been so-so with the milk stouts. This one, however, won me over. It helped that Gavin explained how milk stouts are made, using lactose that imparts a sweetness but don’t get processed by the yeast like ordinary sugars. 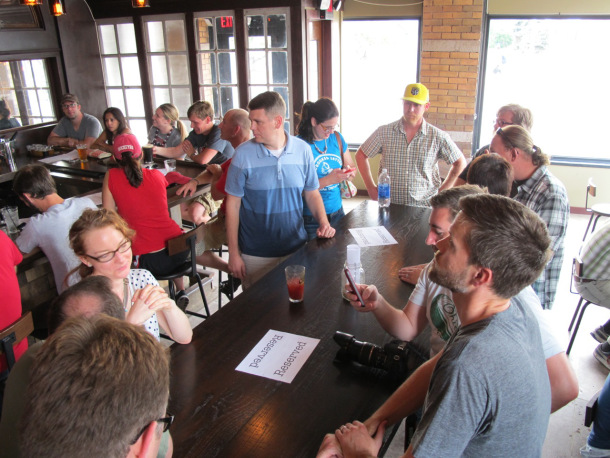 The beer was certainly excellent, although the highlight for me was Gavin describing the architectural and decorative details they incorporated by renovating the space. He pointed out everything from window frames to tabletops to foot rails to window slats to sampling boards. I won’t list where everything came from (you’ll have to take the tour to find out!), but it’s an impressive attention to detail and a loving incorporation of a lot of Columbus history. 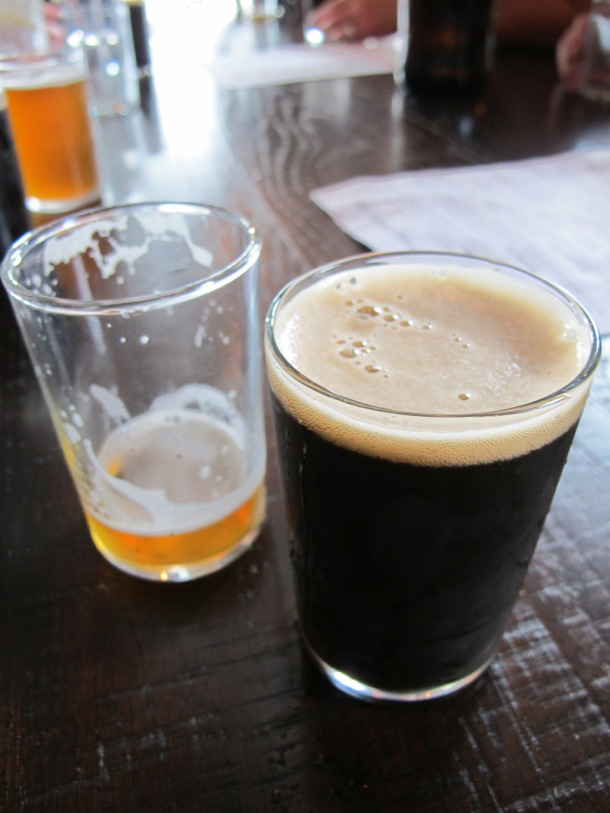 We also tasted their ESB (Extra Special Bitter), a British style that’s very balanced. It’d be easy to knock a couple of these back in one sitting. 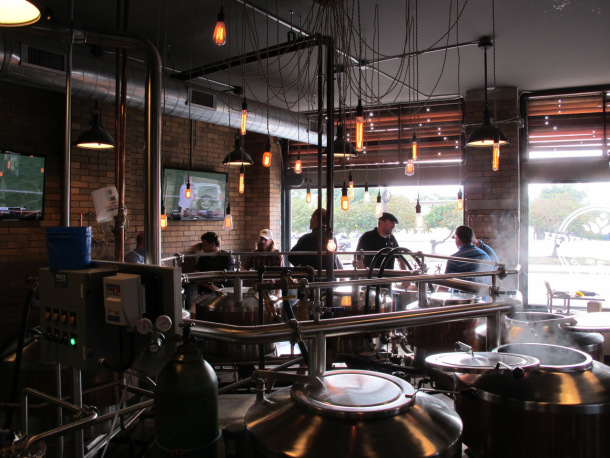 What makes North High unique amongst the Columbus brewing scene is that they are brew-on-premises. This means that, in addition to brewing their own beers, they allow you to come in and brew some of your own. Giant windows behind the bar look into the brewery. While we visited, a couple groups were busy boiling their brews. Gavin pointed out the chandelier with twenty-one bulbs, in honor of the 21st Amendment repealing Prohibition. 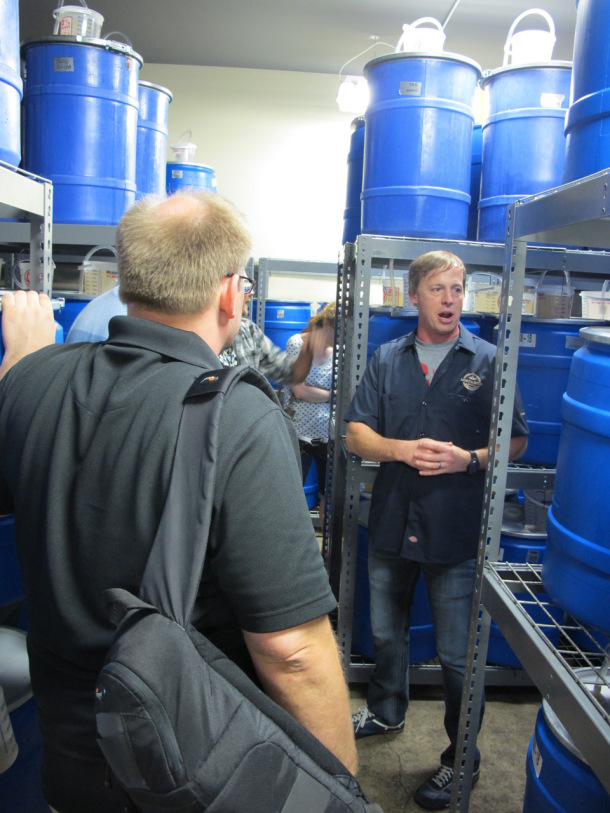 He took us back into the fermenting room, where rows and rows of barrels are slowly making the good stuff. 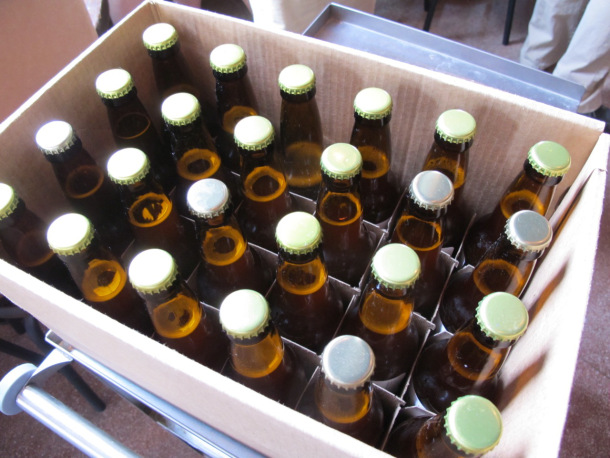 Out in the bar, one group was labeling and boxing up a brew they had made.

That was the last stop on the downtown tour. All in all, it’s a great time. Nice variety of breweries, great to meet the personalities behind them, and of course, it’s fun to sample all the beers. If you’re interested in learning more about Columbus Brew Adventures and their tours, look them up!