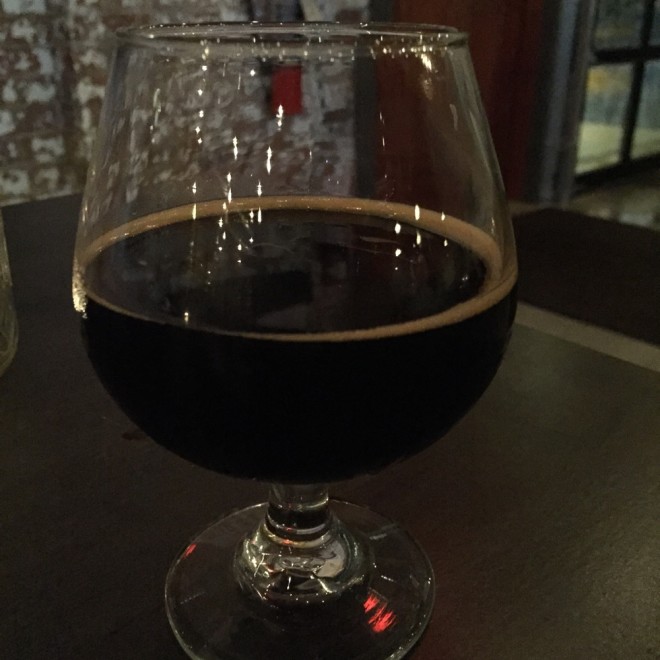 I like coffee. I like beer. No, I love both of them. And when they come together? Magic.

Love of coffee-infused beers has long flowed through my veins, starting with my hometown Founder’s Breakfast Stout. When you hit the right balance, both the coffee and beer can really shine. 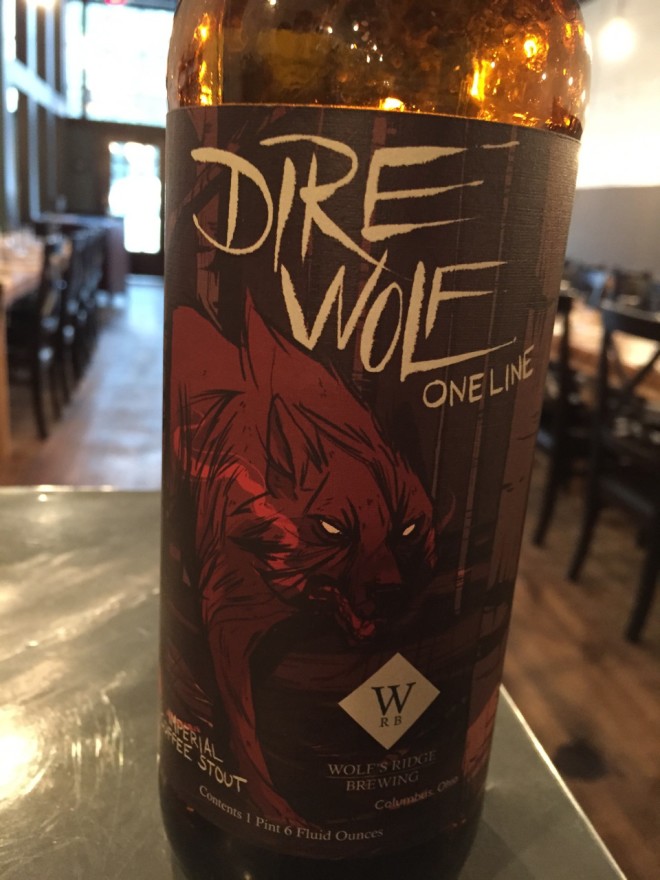 Up there with my favorite coffee/beer offerings is Wolf’s Ridge Brewing‘s Dire Wolf stout infused with beans from One Line Coffee. I first had it on tap when they opened the taproom earlier this year. I’m primed to love both the brewery and the coffee shop, so a joint effort from them is an easy sell, but the coffee stout is especially smooth and balanced. It hits just the right notes of coffee, chocolate, and vanilla, with a little bite from that 10% ABV. 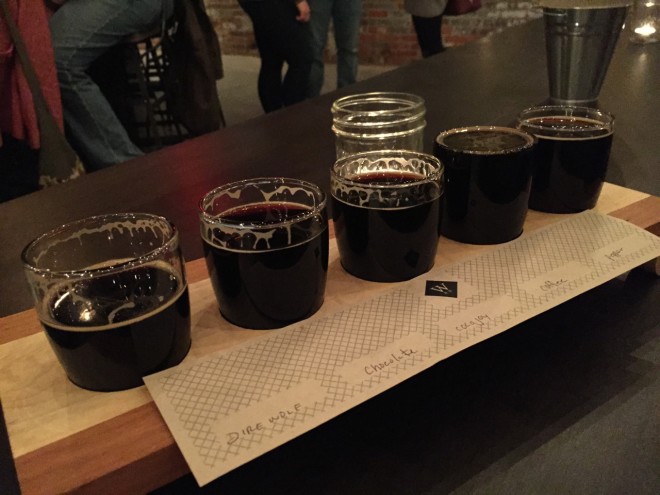 At the taproom opening, Wolf’s Ridge brewer Chris Davison offered five versions of Dire Wolf: the regular brew and then four infusions with chocolate, coconut, coffee, and a blend of spices. Earlier this year Chris brewed their Allegory brown ale with One Line coffee, and they held a side-by-side tasting with different versions of the ale and the different coffees. They’ve also occasionally released bottles of the Dire Wolf stout, including the One Line version. 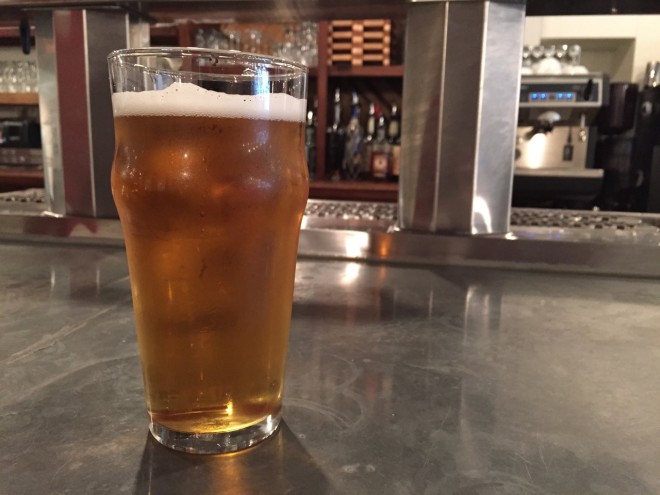 Now Chris is on to his next coffee/beer project: infusing their Clear Sky cream ale with more One Line coffee. The result is the Clear Sky Daybreak coffee cream ale. A cream ale doesn’t contain any cream; it’s essentially the ale version of a lager – clear, golden, lightly sweet – it’s just made with fruitier, top-fermenting ale yeast, as opposed to the clean, bottom-fermenting lager yeast. The style was widespread pre-Prohibition, but its popularity waned until recently. (I know of three central Ohio breweries making cream ales now.)

My immediate thought, when I heard of the coffee cream ale, was a cloudy ale dominated by over-roasted coffee – but as you can see, the result is clear and golden with a white head. “People think dark goes with dark,” Chris said, explaining that people automatically assume coffee is best used in stouts. But he related how One Line tends to use lighter roasts anyway, so something like their Columbia El Progresso beans were an ideal fit for the cream ale. The Daybreak is heavy on the coffee in the aroma and the aftertaste, but the body really tastes of light roast coffee, vanilla, and a touch of honey. I was pleasantly surprised by it, and at 5.1% ABV it’s an easy drinker.

Later this month, Chris is going to present at the Great American Beer Festival, along with Dave from One Line, about the use of coffee in beer. They’re going to sample three cream ales with three different roasts of coffees, and speak about how to pair coffees and beers.

If you want to get your hands on the Clear Sky Daybreak, Wolf’s Ridge is selling bottles of it this Sunday, September 13, starting at 11 a.m. (doors open at 10). They’ll also have bottles of the Dire Wolf Coco Joy, their stout infused with coconut and cocoa.