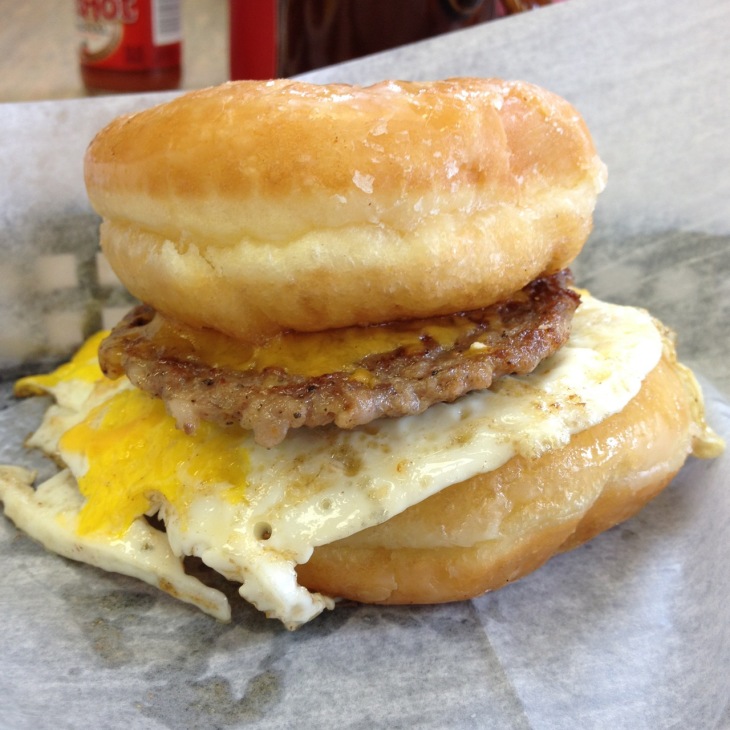 1. HoneyDip Donuts & Diner – HoneyDip has long been a donut spot; it’s one of those many local donut places that started life as a Jolly Pirate and eventually left the franchise to build their own identity. They served just old school donuts and coffee for a long time before they renovated and added a full diner menu. Now you’ve got biscuits and gravy, omelets, and if you’re really up for it: a breakfast sandwich made with donuts.

2. DK Diner – Any Columbus donut fan should know the DK Diner and their glazed sour cream donuts and their longjohns and their softball-sized apple fritters and their – you get the idea. Head there for a big diner breakfast (like the DK All The Way!) or a donut breakfast sandwich, and head out with a giant box of donuts.

3. Golden Donuts & Diner – Golden Donuts is like HoneyDip, in that it was another one of those old Jolly Pirate locations that became it’s own thing. This south side spot serves up all the diner classics to go with their old school donuts.

Last week’s Three To Try: Kicking It With The Kiddos

Filed Under: Breakfast
Tagged With: diner, donuts, Three To Try