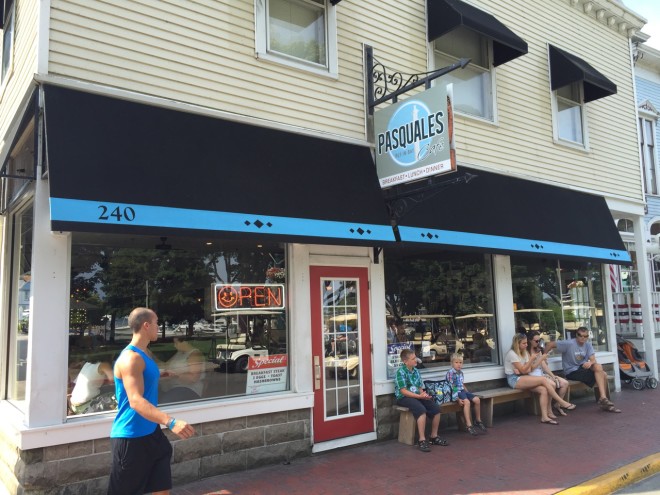 On our recent adventures to Port Clinton, Marblehead, and Put-In-Bay, we explored everything from lighthouses to safaris to ferry rides to more lighthouses. Read about it in three parts here, here, and here.

The morning we arrived by ferry on Put-In-Bay (we found that the island is technically South Bass Island, but it’s become synonymous with the small village near the northern end of the island), our first order of business was breakfast. 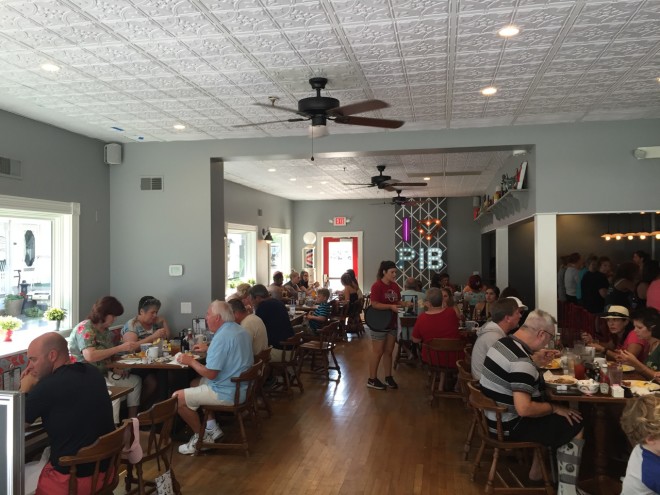 It was a Saturday, and a sunny summer one at that, so there was a 20-30 minute at every breakfast place on the island. Pasquale’s has some benches out front, and across the street is Perry Park with swing sets and lots of shade. 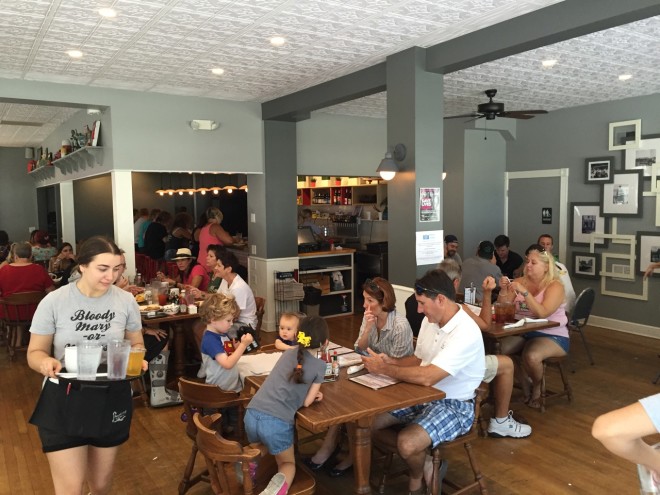 The cafe is big and open, with lots of light from the front windows; seating is mostly tables plus a small counter. 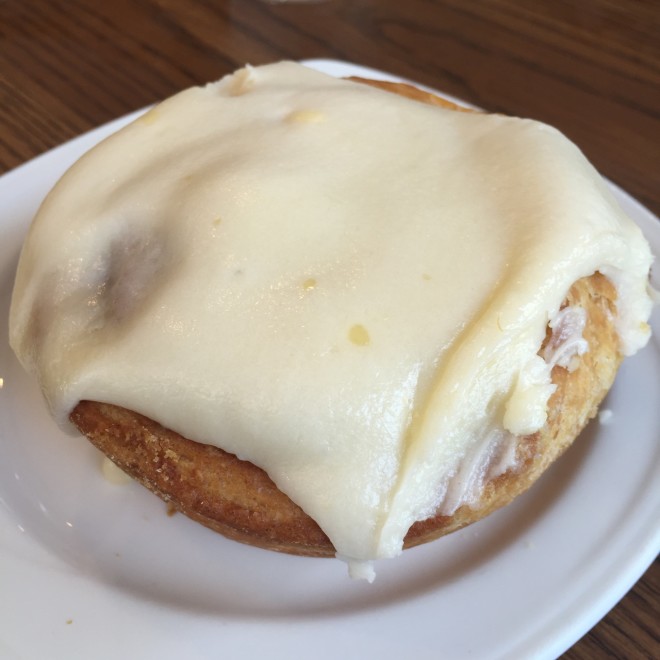 We were famished, so we dove right in to a frosted cinnamon roll. It was nothing exceptional, but it was warm, soft, and filling. 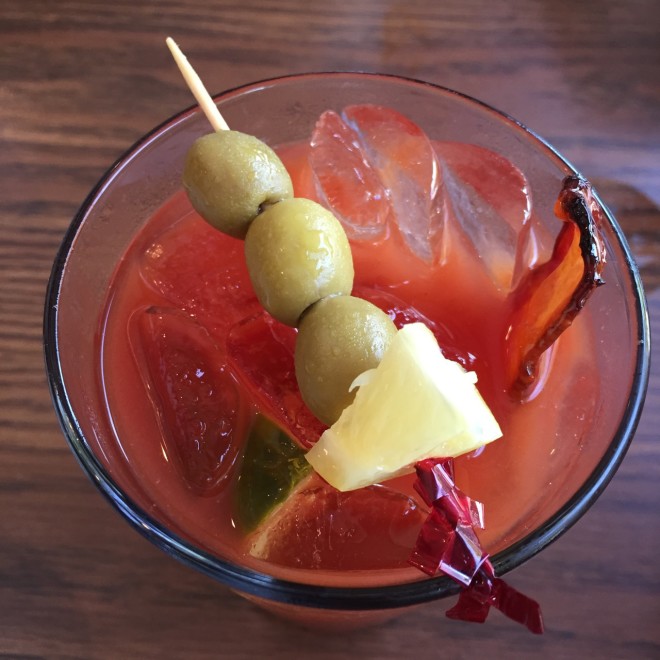 The adults sampled a Bloody Mary, which was balanced and had a low level of spice. 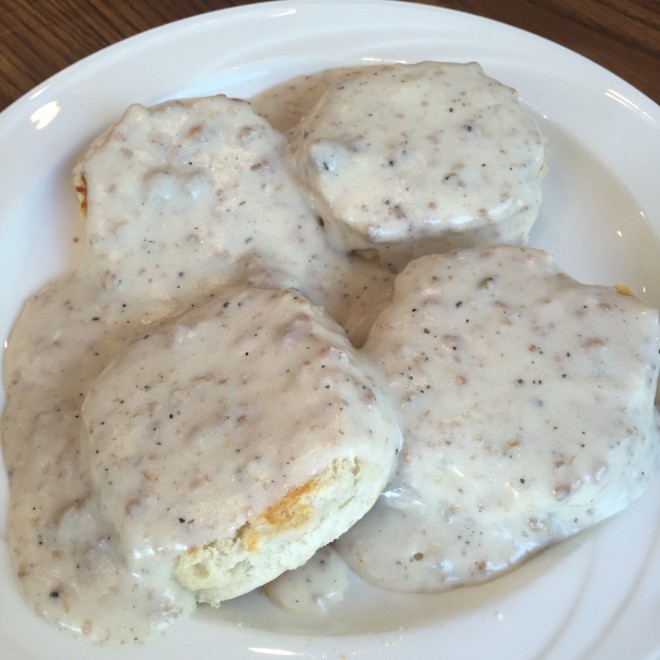 The boys zeroed in on the biscuits and gravy, and gave it the thumbs up. The gravy was nice and peppery, with soft biscuits. 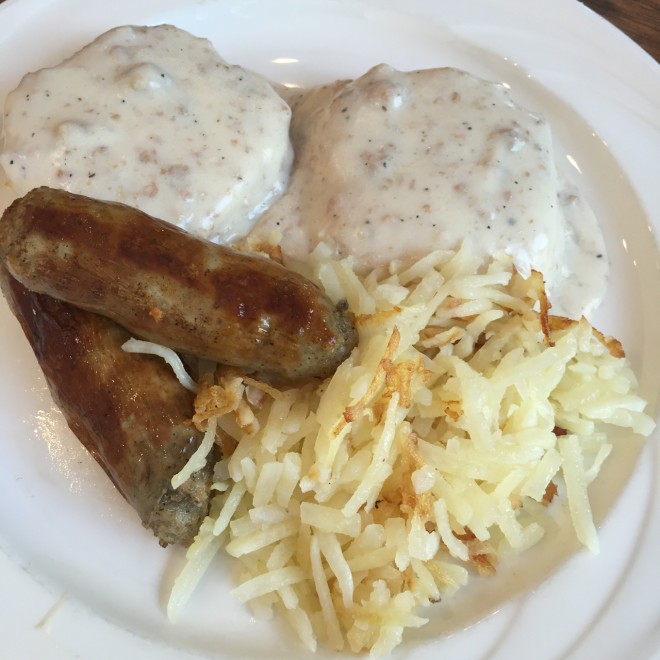 Owen wanted his own plate with sausage links, hash browns (which needed to be crispier, in my opinion), and a half order of biscuits and gravy. 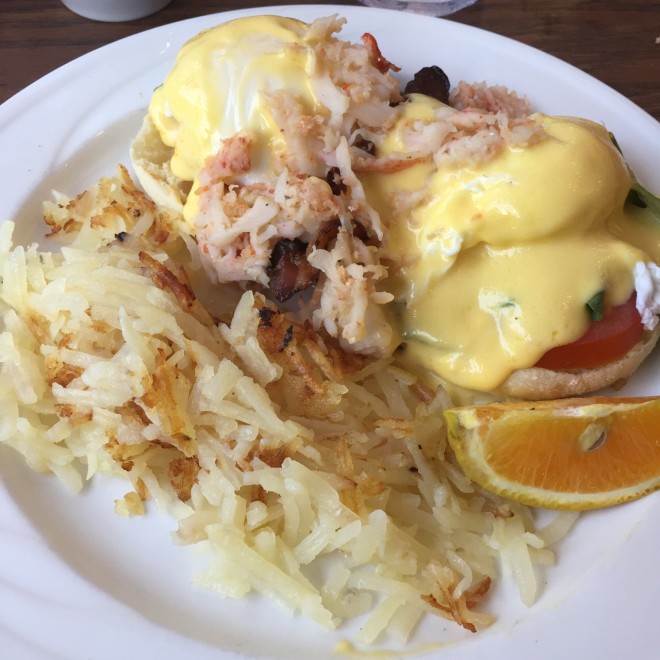 Mrs. Breakfast w/Nick opted for the lobster benedict with hash browns. It came layered with spinach and tomatoes on English muffins. Jury’s out on whether that’s real lobster or not. 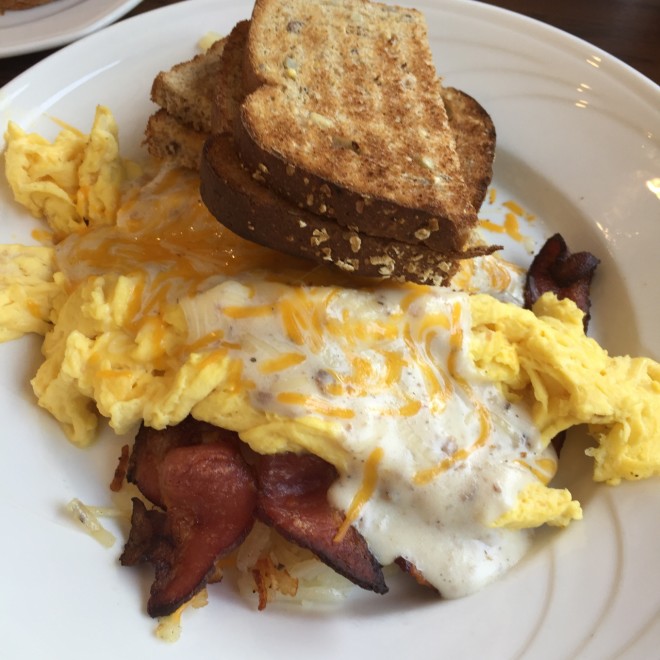 I was in an “all inclusive” mood, so I chose the Hot Mess, a pile of hash browns, eggs, bacon, sausage gravy, and cheese. Again, nothing complicated, but all told, not a bad way to fuel up for a day of exploring the island.

If you’re out and about in Put-In-Bay for a weekend or even just a day, consider Pasquale’s as an option for breakfast!