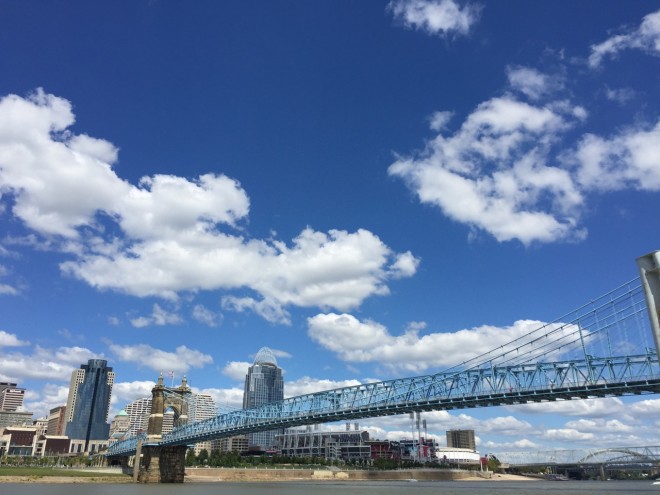 We’re rounding out our full day of Cincinnati adventures – catch up with the first two parts here and here. After coffee, breakfast at Findlay Market, and beers on the rooftop patio of Rhinegeist, we fled the state… over the river to Covington, Kentucky. We found a small park with some beautiful views of the Roebling Bridge and the city skyline. Crowds were slowly trickling toward Great American Ball Park for a Reds game. 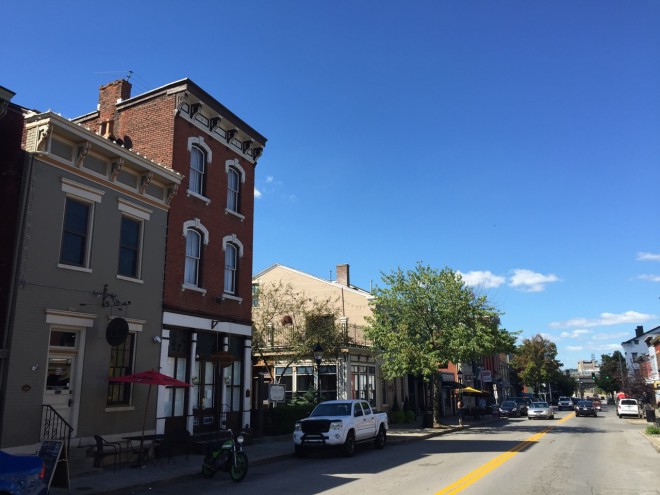 We read books for a bit at Roebling Point Books & Coffee, then strolled the Mainstrasse in Covington, lined with shops and restaurants. We spied the Old Kentucky Bourbon Bar but didn’t stop, and later regretted it when we realized it was owned by the same folks as Japp’s in Over-the-Rhine. But we were tired and needed a bite to eat, so after some walking through the neighborhood we headed to our next destination: another brewery. 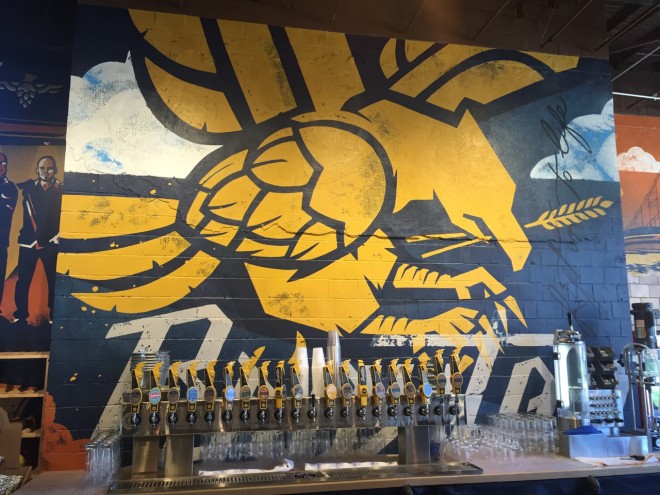 We had read a little bit about Braxton Brewing and their record-setting success on Kickstarter. The brewery inhabits is wide open building designed with an eye toward entreprenuership. 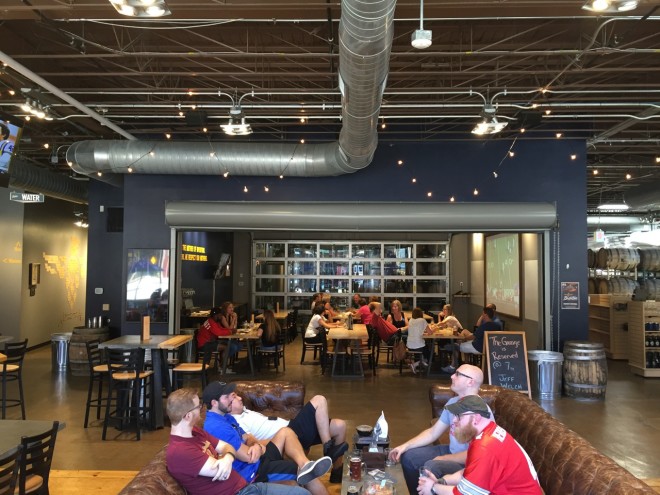 To that end, the brewery is open much of the day, and features co-working and meeting spaces, including a rentable garage space that nods to their start as homebrewers in a garage. They also partnered with a Kentucky coffee roaster to create the Starter blend, which is served on nitro tap. 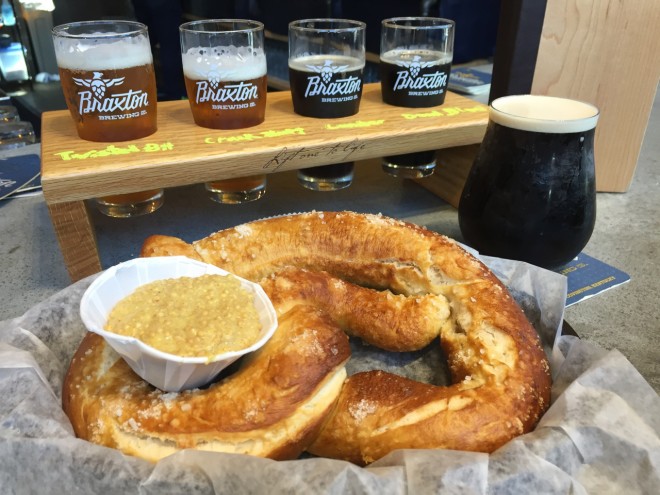 We sampled four beers, the house cold brew coffee, and a pretzel. All four beers were pretty solid, with the Scotch ale being our favorite. They feature some beers infused with the nitro coffee. 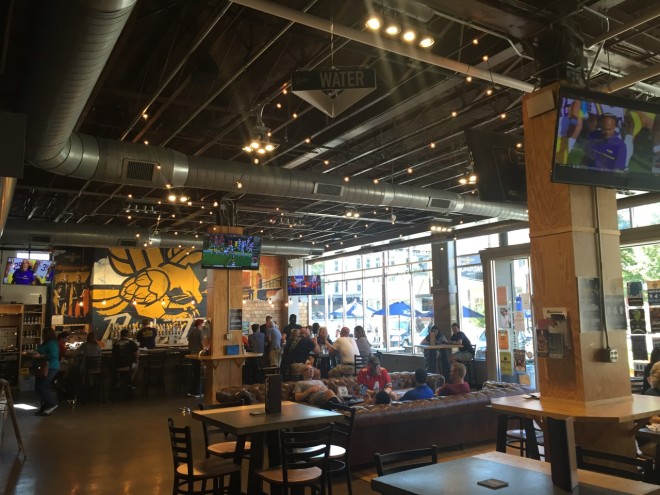 The taproom is huge, with a mixture of bar seating, cafe tables, and couches, not to mention the garage (which is decked out with the technology to do full-scale meetings and presentations). 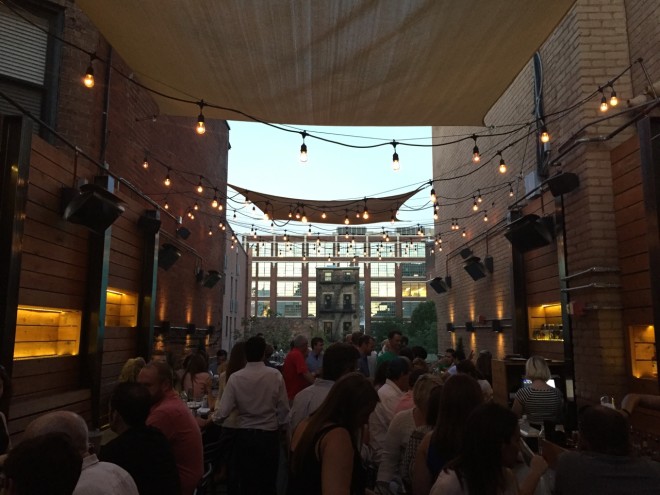 Post-brewery we crashed at the hotel for a while before heading out to dinner in Over-the-Rhine. There was a short wait at the restaurant, so we snuck next door for a glass of wine at 1215 Wine Bar & Coffee Lab.

We took the recommendation of the doorman at Sundry & Vice and headed to Krueger’s Tavern. Krueger’s is owned by the same restaurant group behind The Eagle (which I love) and Bakersfield. Their narrow two-level building features features an open rooftop deck facing Vine Street. 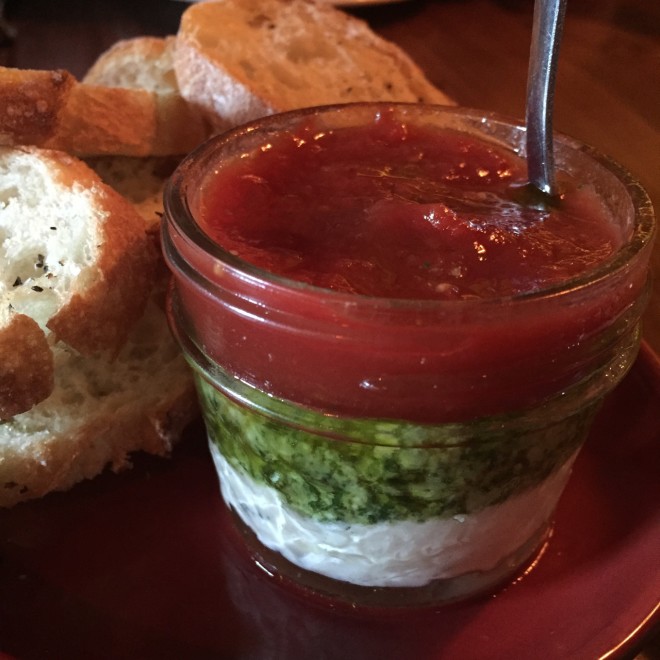 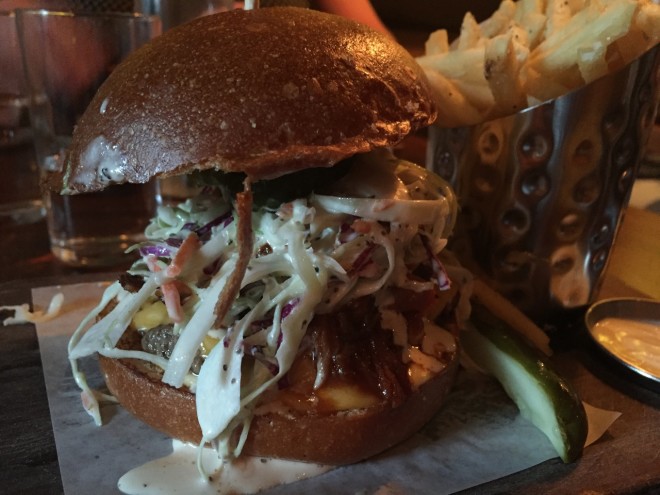 Much like The Eagle focuses on fried chicken or Bakersfield centers around tacos, Krueger’s is all about burgers and sausages. Their menu features a half dozen burgers, a couple sandwiches, plus a few meals centered around house-made sausages like Lincolnshire, Italian, or North African merguez. I tried the towering BBQ burger with braised pork, onion, American cheese, cole slaw, and djion on a challah bun. Beth ordered the Bleu Gruyere with bleu cheese, gruyere, onion jam, greens, and dijionaise. 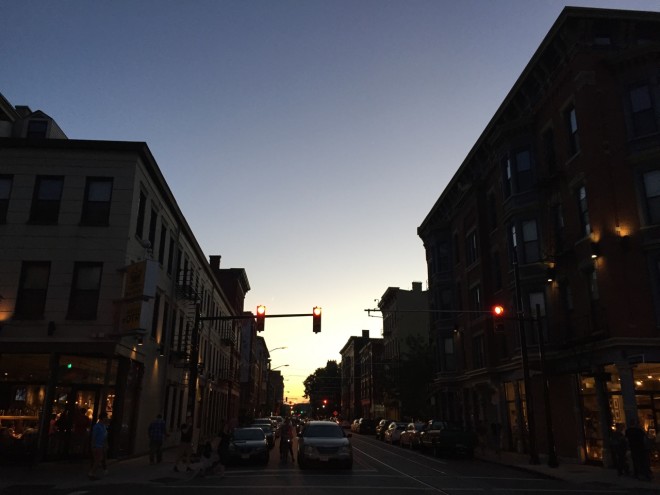 After that it was more strolling through the neighborhood, eventually finding our way to Japp’s. 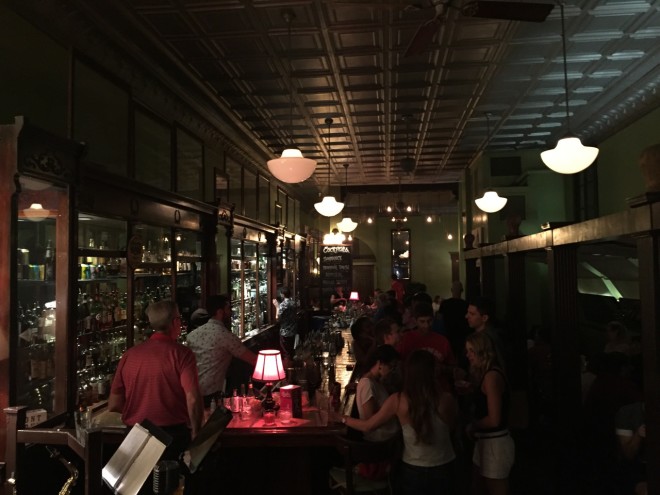 Japp’s has long been on our radar. The cocktail bar focuses on vintage drinks from the 1700s through the 1950s (although you can get almost anything, and their small beer menu is really solid). The building and the decor lend themselves to the feel of an old speakeasy.

Although it was busy, we still found comfy seats on a couch in the back. A band called The Hot Magnolias were playing some big band jazz up front – the perfect backdrop for late-night cocktails. 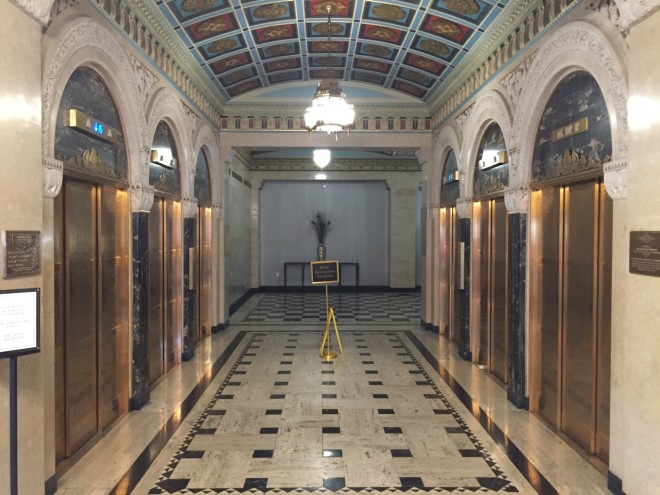 The next morning we checked out of the Hampton Inn, enjoying last looks of the historic lobby and elevators. It reminded us of our first apartment building in Columbus, at Buttles and High in Short North. The buildings must have been built around the same time. 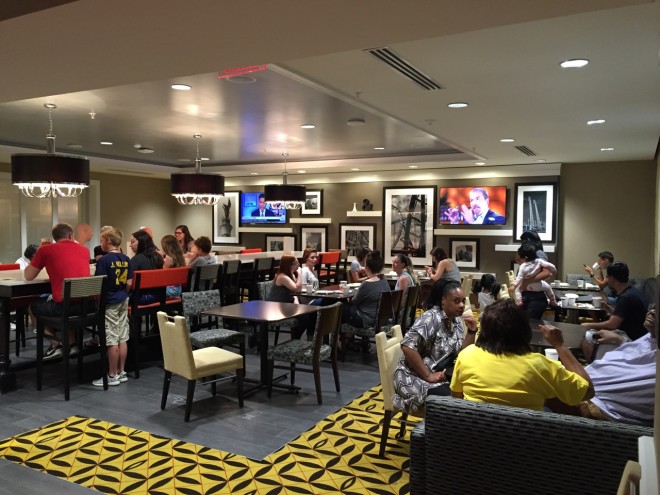 The building is split between a Hampton Inn and a Homewood Suites. The Hampton Inn features a full continental breakfast in their modern lobby. But we didn’t stay for breakfast, because we were headed to a special brunch at The Orchids at Palm Court. 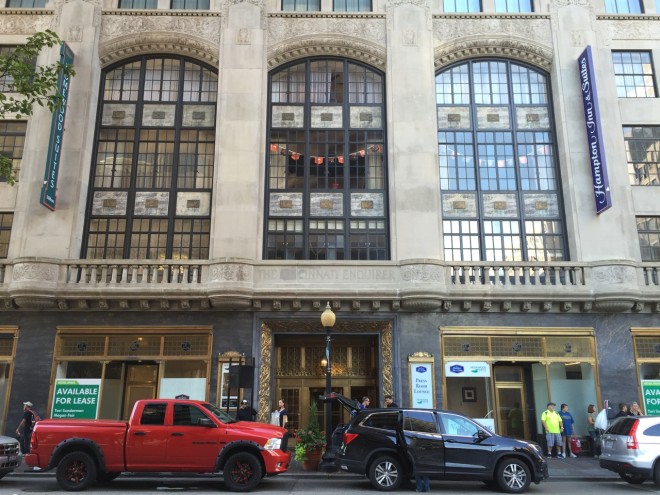 Thanks for a lovely weekend, Cincinnati! We always love our trips down there for the food, arts, architecture, scenery, and much more. Now to come back to ride that streetcar…

Disclaimer: hotel accommodations were provided by CincinnatiUSA. Photos and opinions are my own.