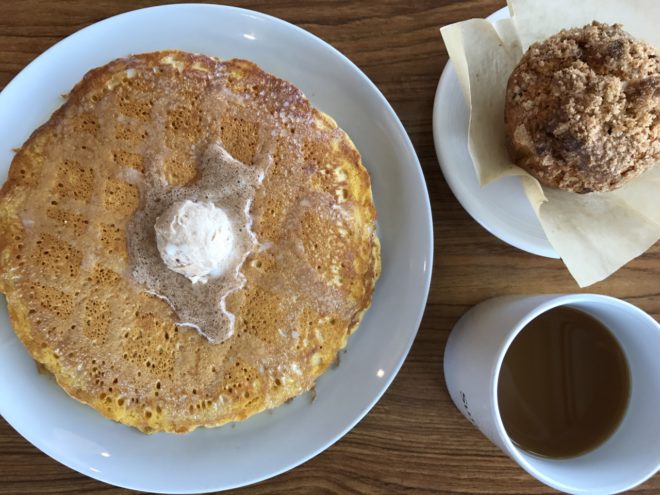 The arrival of autumn brings the usual impassioned declarations about the love of fall. I add my voice to the chorus, praising all things pumpkin, quoting favorite poems (my go-to is Keats’ “To Autumn”), gleefully donning sweatshirts and lighting pumpkin-scented candles and basking in the warmth of hot coffee (as opposed to iced).

Autumn also brings some my favorite flavors, the foremost of which is pumpkin everything: pie, donuts, waffles, coffee drinks, and pancakes. One of my markers for the season is the return of Sunny Street Cafe‘s pumpkin pancakes. 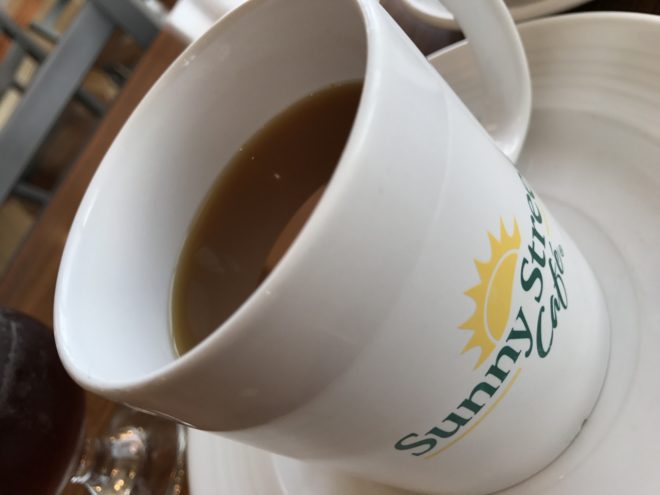 This year Sunny Street is expanding their fall menu slightly, starting with the addition of hot mulled cider. They blend an Ohio cider with orange, clove, cinnamon, and maple syrup for a sweet and warming drink. Perfect for those in your party who don’t drink coffee (and those who do – no judgment). 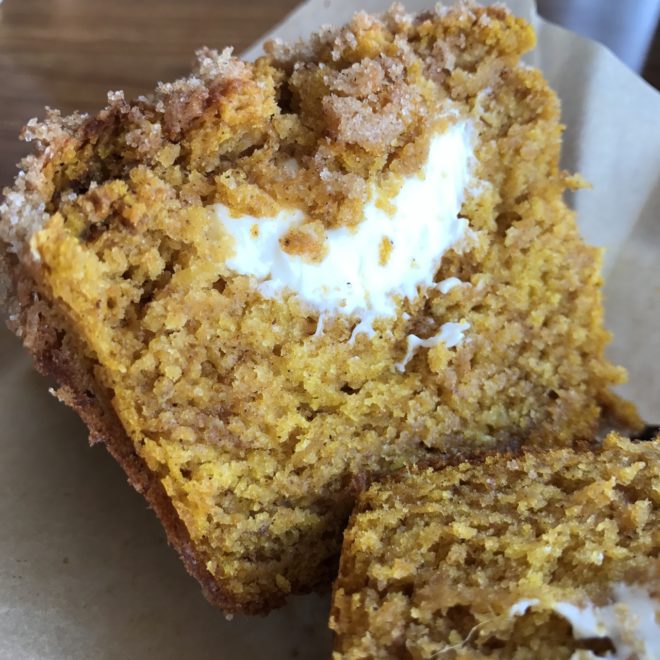 Another one of their signatures, the pumpkin muffin, makes its return, with a cream cheese filling and a cinnamon crumble on top. 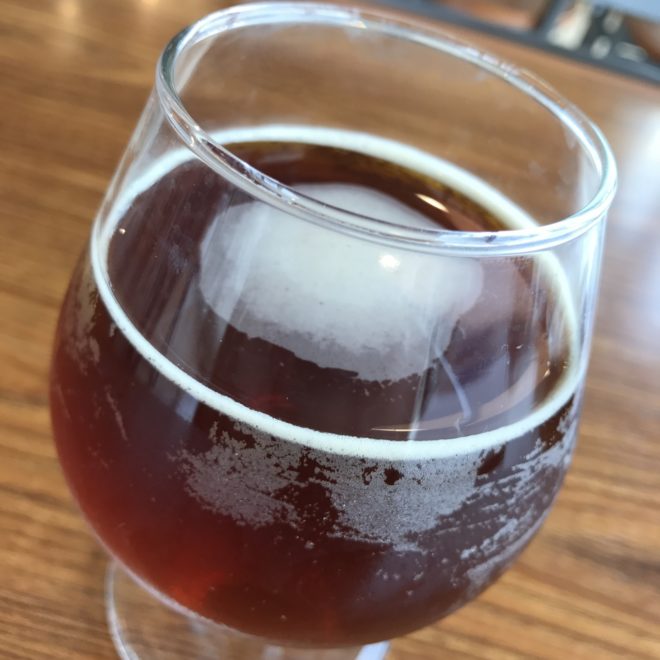 The new Polaris location of Sunny Street is the only one to serve Crimson Cup cold brew coffee on nitro tap, too. Nitro cold brew is my kryptonite. When it’s done well, it’s ridiculously smooth and a touch dangerous, as it’s easy to drink glass after glass of it until you start bouncing off the walls. 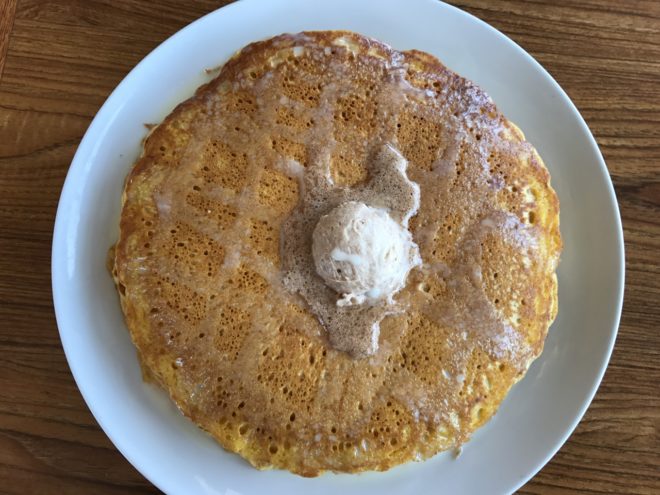 The pumpkin pancakes arrive in a stack of three. They’re criss-crossed with a drizzle of tres leches and topped with a ball of cinnamon butter. 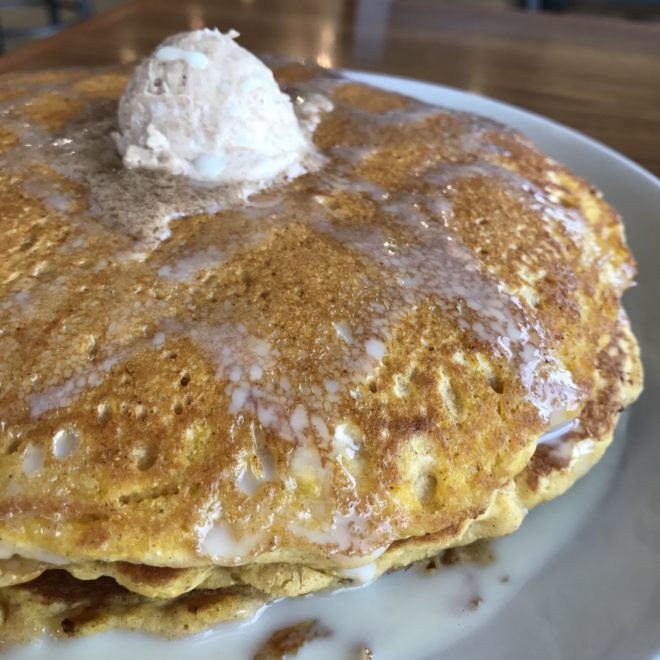 The sweet glaze soaks into the pancakes… 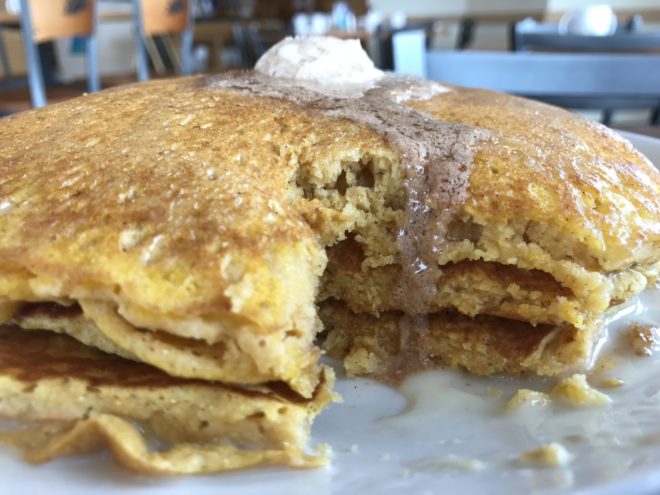 …and if that’s not sweet enough, you can pour on some Milligan’s maple syrup (which they sell by the bottle!). 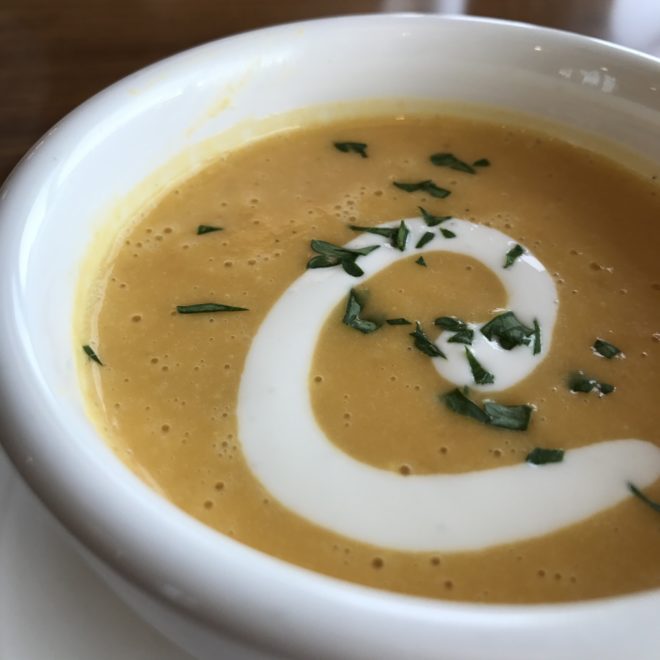 The other new fall item is their butternut squash soup. The rich and creamy soup is amplified through a touch of chipotle peppers, adding a light smokey flavor and just a touch of heat. 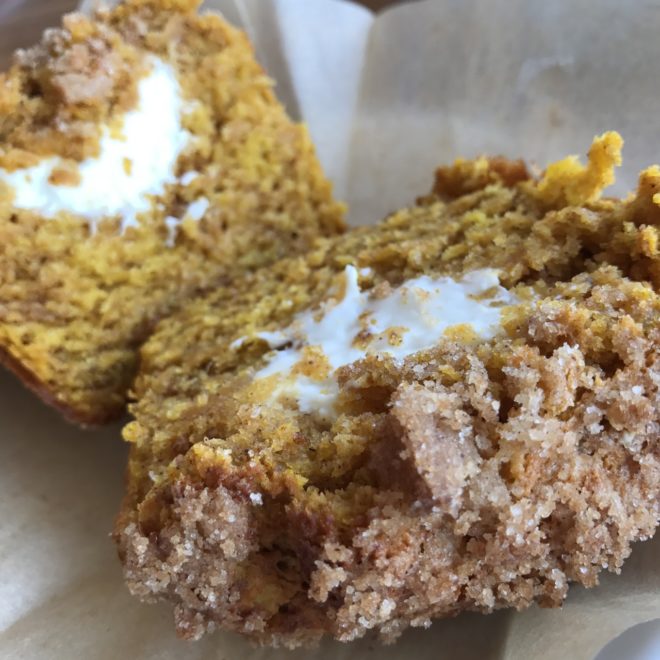 The pumpkin pancakes, mulled cider, pumpkin muffins, and butternut squash soup hit Sunny Street stores on Monday, September 18. Now get out there and make the most of fall!

Disclaimer: this post was sponsored by Sunny Street Cafe. Photos and opinions are my own.