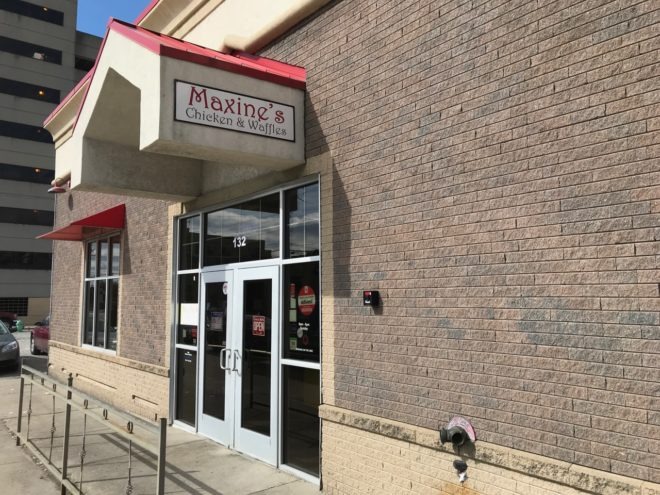 When you’re visiting a new city and the barista at a coffee shop AND a random stranger, unsolicited, both suggest a place for breakfast: you go.

And so we found ourselves, on the first full morning of our Indianapolis weekend, at Maxine’s Chicken & Waffles.

Maxine’s building is deceiving from the front – it looks like a gas station – but look around the side and you’ll see the door welcoming you in to the restaurant. 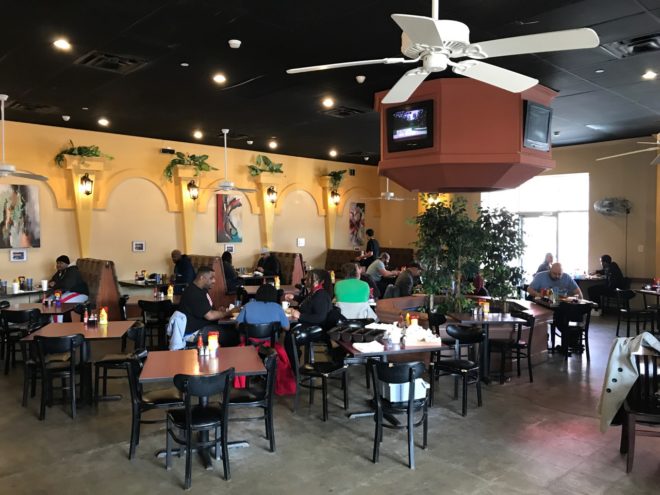 Inside is a spacious dining room with four-tops scattered throughout and a row of booths along the far wall. You can see partly into the kitchen, so you get a glimpse of the hustle and bustle. 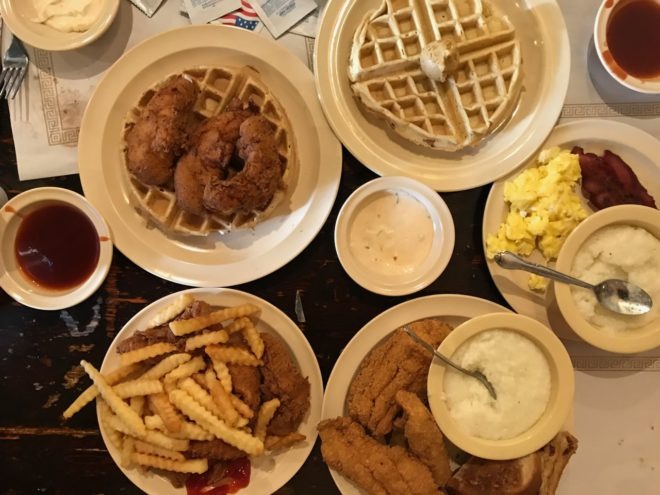 We were welcomed in to the restaurant and led to a booth. Our server expertly guided us through the menu, offering suggestions for things to try and bragging on some of their most popular dishes. 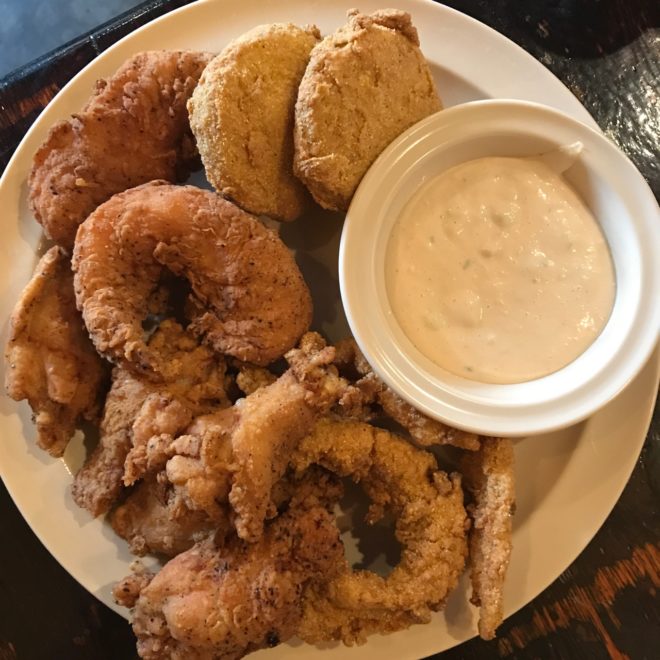 We whet our appetites with a sampler of wings, chicken, fried green tomatoes, and fried fish. You can choose catfish or tilapia, and when we asked our server’s preference, she quickly replied, “I love the catfish!” So catfish it was.

The whole dish was a preview of what was to come: expertly fried fare, wonderfully tender and well seasoned, a true taste of comfort. 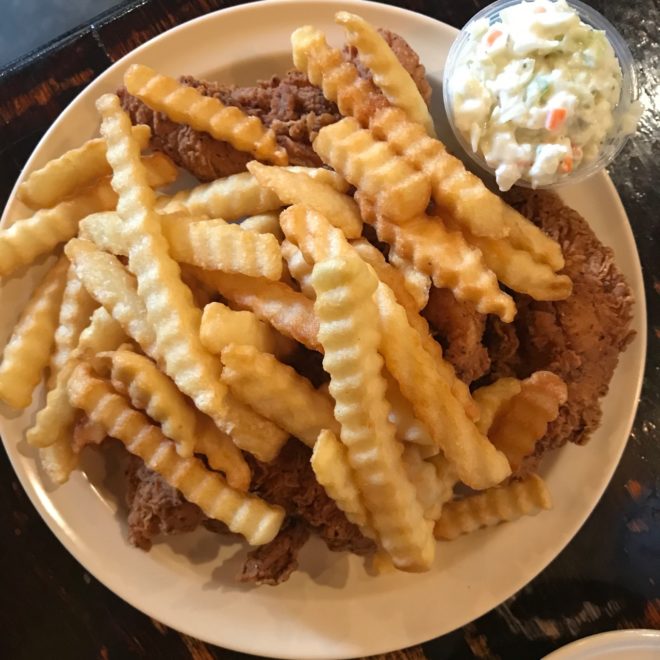 We didn’t stray too far off the beaten path when it came to their menu, but there was no need to. Owen dug into fried chicken with fries, and gave it a hearty thumbs up. 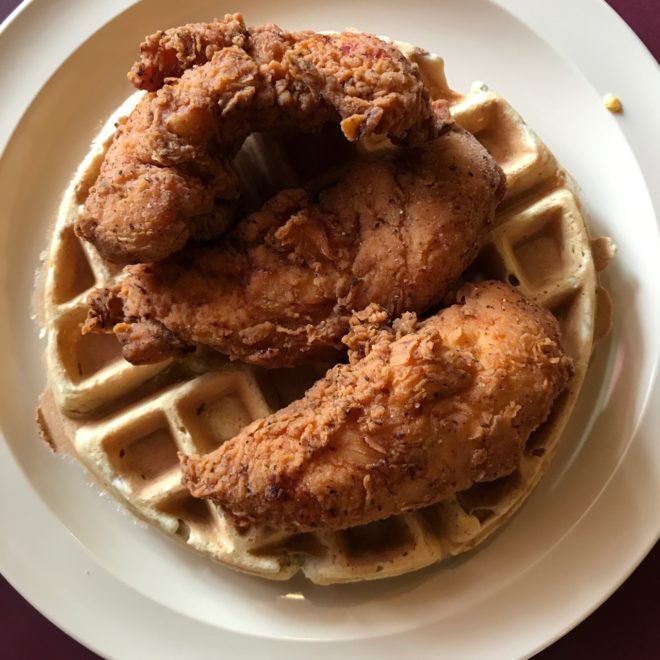 My basic rule is to always order the namesake dish, so if we’re at Maxine’s Chicken & Waffles, we order the chicken and waffles. 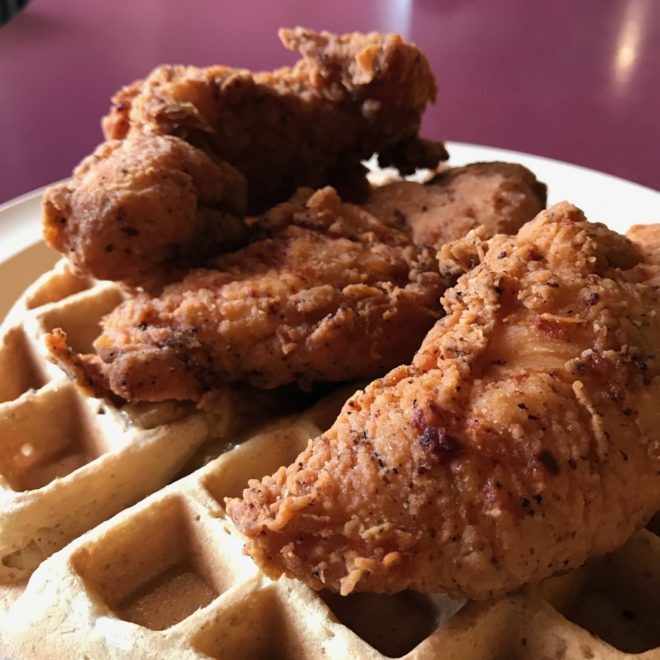 Chicken and waffles are a trendy dish, and while I’ve loved (most of) the different takes on them, I’ll always prefer the straightforward and properly done versions like Maxine’s. The waffles are crispy without being overly dense, they’re lightly sweetened, the chicken is tender and juicy, with a crispy, well seasoned crust. In short, Maxine’s does their name justice, and then some. 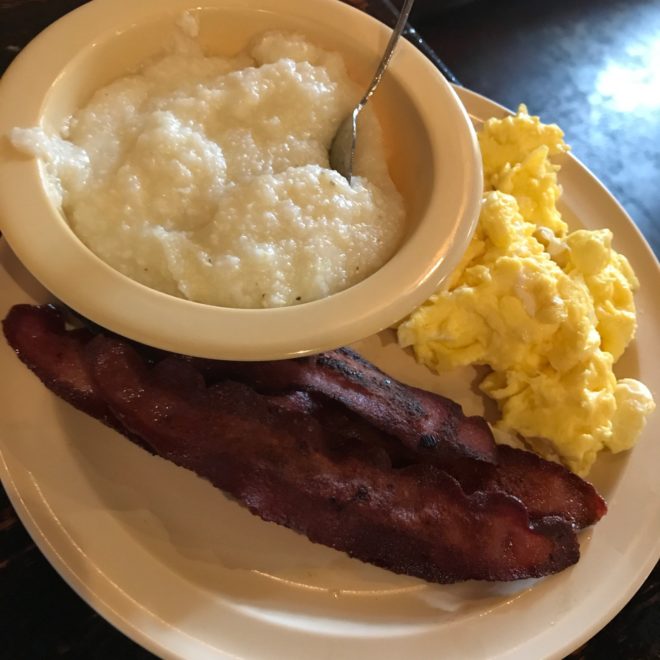 Will opted for the simple breakfast of scrambled eggs, bacon, and grits. 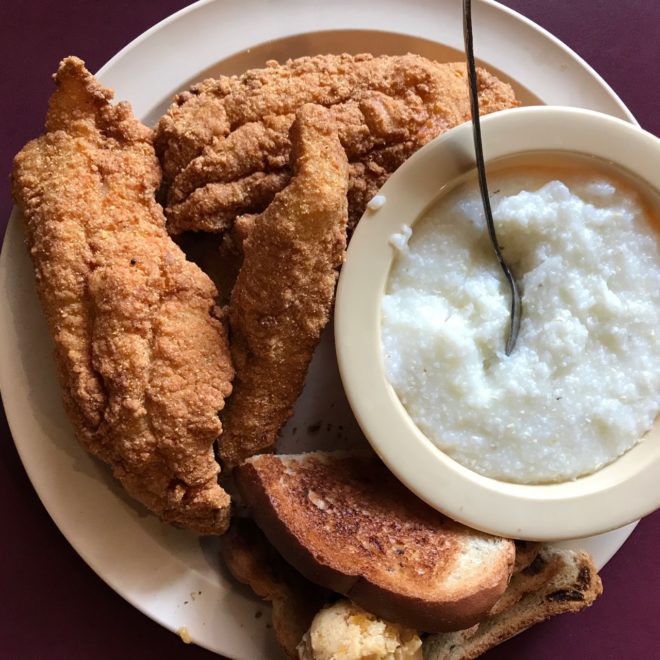 The other dish Beth and I split was Jolene’s Fish N Grits. The grits were nice; they needed a little butter and salt. It came with cinnamon raisin toast and a dense scoop of peach butter (we saw the big scoops of seasoned butters at other restaurants throughout the weekend). 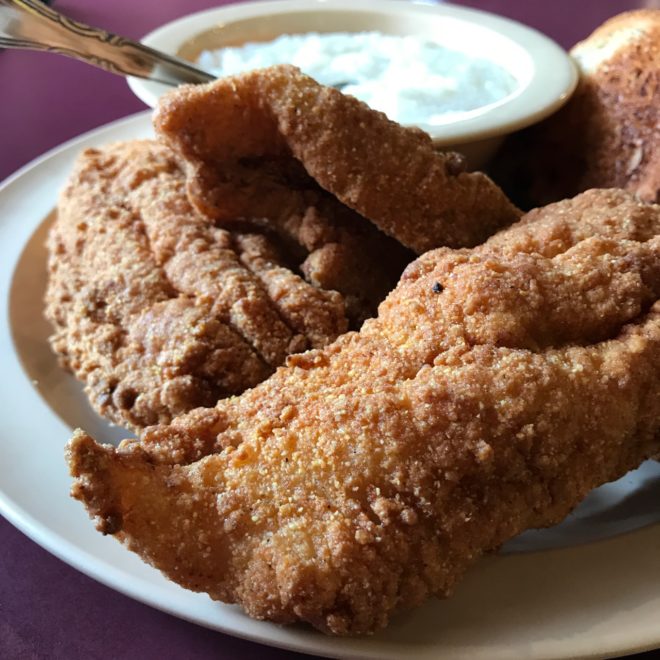 Again, our server said go with the catfish, so we did, and oh my. It was perfectly tender, and like the fried chicken, wonderfully seasoned. That fried catfish stood out as one of my favorite bites of the weekend.

I’m sure I’ve already made it clear that we’d happily return to Maxine’s the next time we’re in Indianapolis. It’s just the sort of welcoming comfort you want when you’re headed out for breakfast.

Disclaimer: this meal was paid for as part of an invited trip through Visit Indy. Photos and opinions are our own.