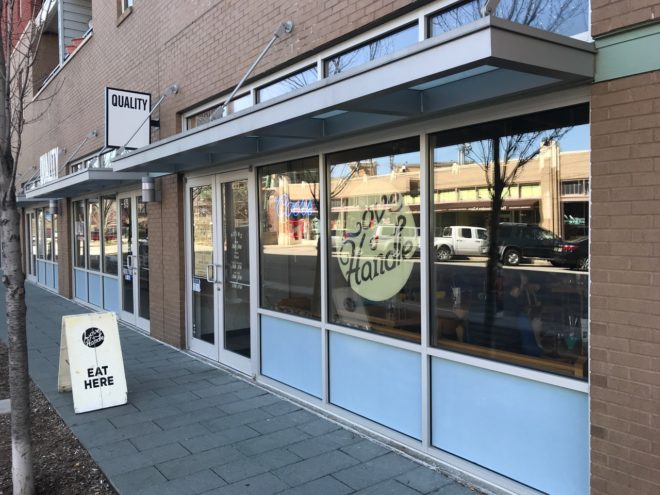 Over the course of our Indianapolis weekend (see part one, part two, or part three), we were directed to some great breakfast spots. 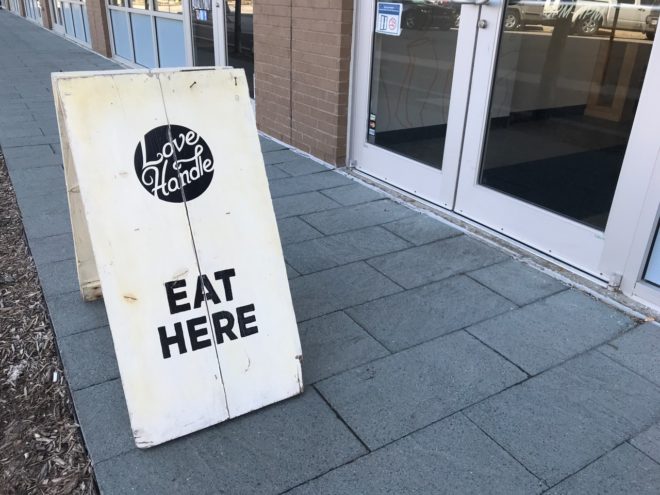 Our final morning, our hosts suggested a fun spot on the northwest end of Mass Ave called Love Handle. 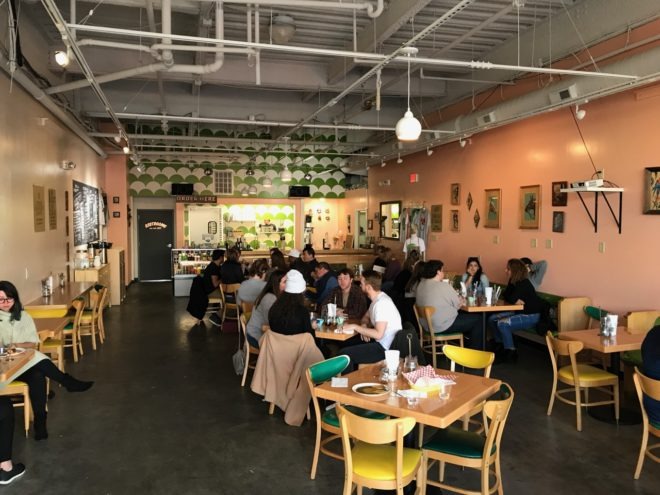 Love Handle is modern in sensibility while featuring a lot of classic diner touches, from the decor to the color scheme. 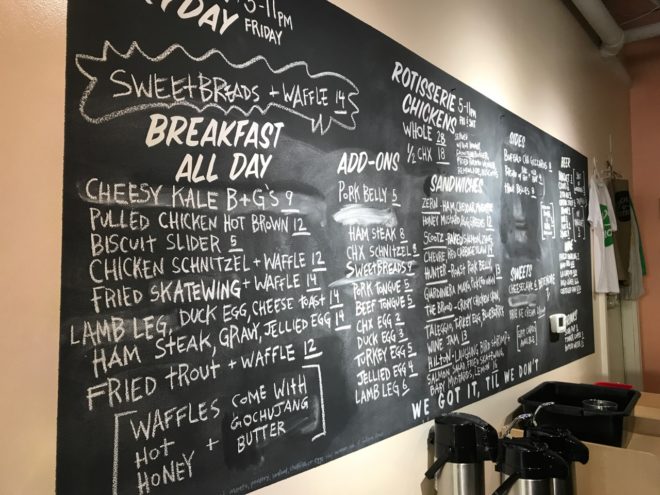 The menu, we discovered, is written anew every day, and items last until they sell out. We arrived fairly early, but by the time we left a couple items were already crossed off. 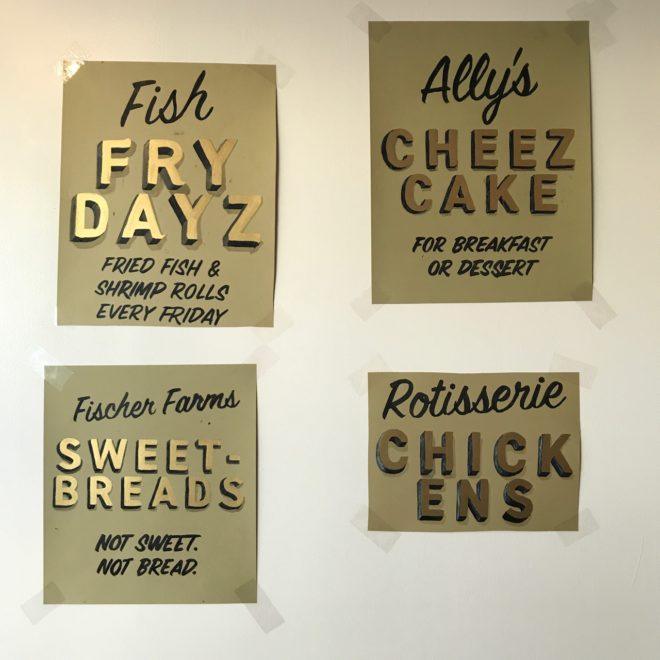 The taped posters on the walls highlight other weekly specials. 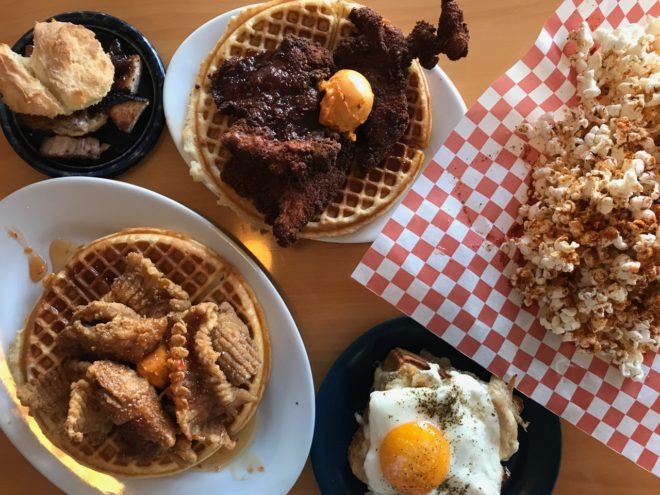 We dove in and ordered five different dishes for our family. 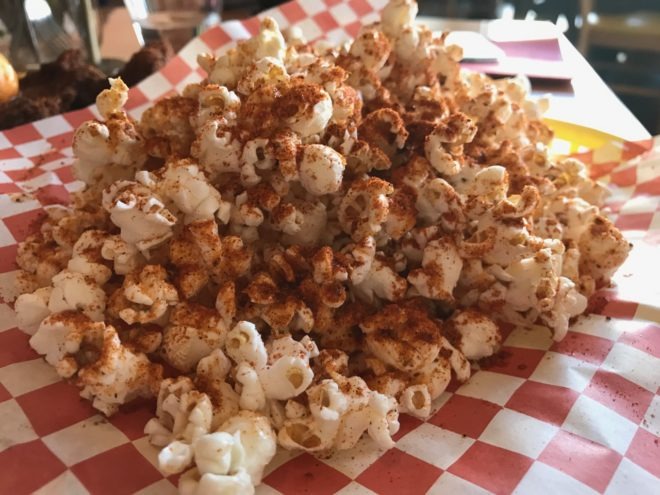 First off, popcorn (at breakfast – of course!) fried in pork fat and doused with Old Bay. Exactly what you’d expect. 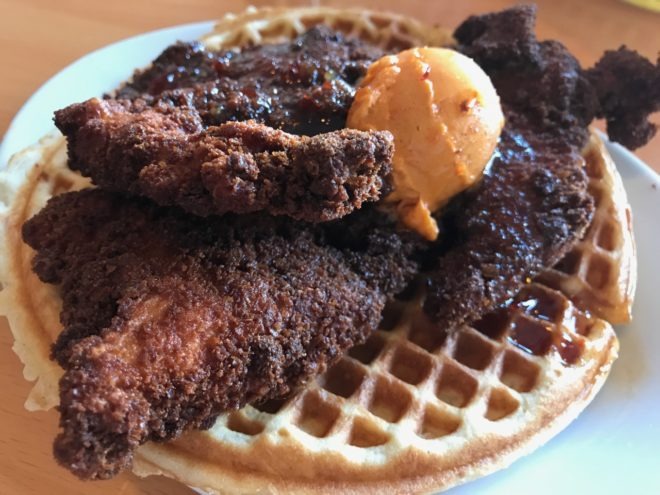 One of two new versions of chicken and waffles: chicken schnitzel and waffles. The texture of the pounded and fried chicken cutlet threw the boys off a bit, but I dug it. It was dense, dark, and crispy. The thin waffles were lightly sweet and nicely browned, covered with hot honey and a scoop of gochujang (red chili paste) butter. 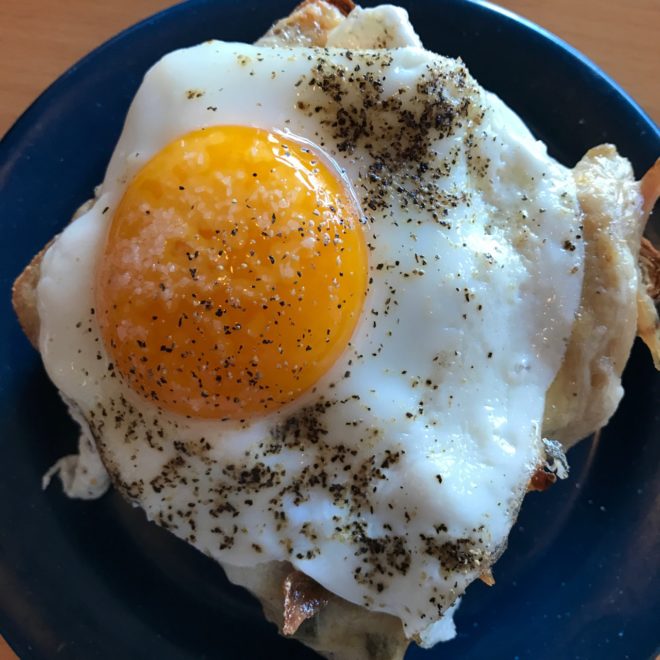 The hot brown with pulled chicken and a giant fried egg. 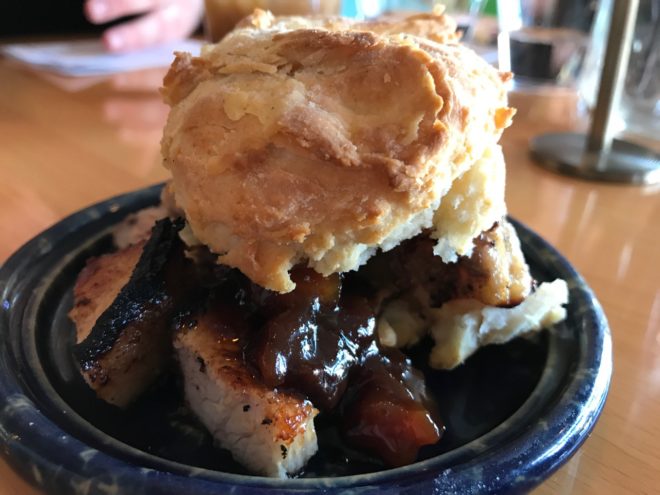 The crumbly biscuit slider with chewy chunks of pork belly. 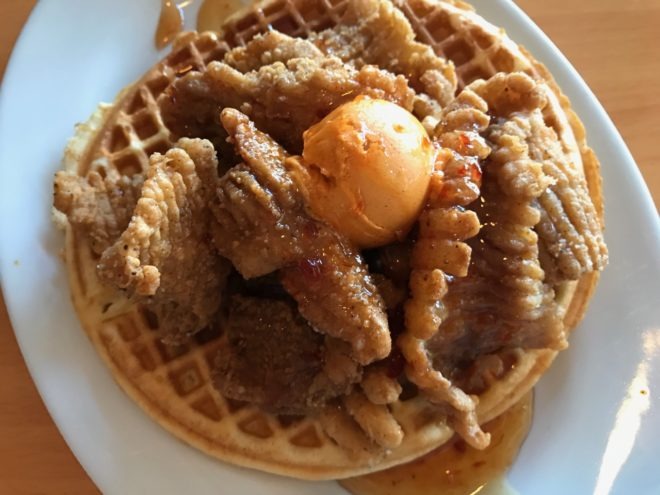 And our favorite dish of the meal: fried skate wing and waffles. The same waffle as the chicken, covered with the hot honey and the gochujang butter, but with tender pieces of fried skate wing. 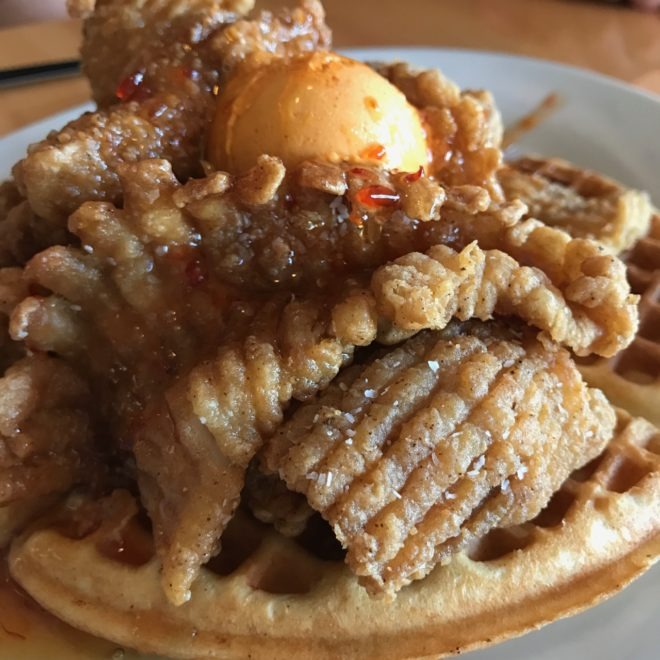 The white meat of the skate wing was wonderfully battered and seasoned, and flaked apart at the touch of a fork. Weeks later, I still think of that dish.

If your crew is not necessarily the adventurous types, you might be a little hard-pressed at Love Handle, but there’s a lot of creative dishes to love, and many more possibilities to keep you coming back.

P.S. Check out part one and part two of our Indianapolis weekend to see what else we did!