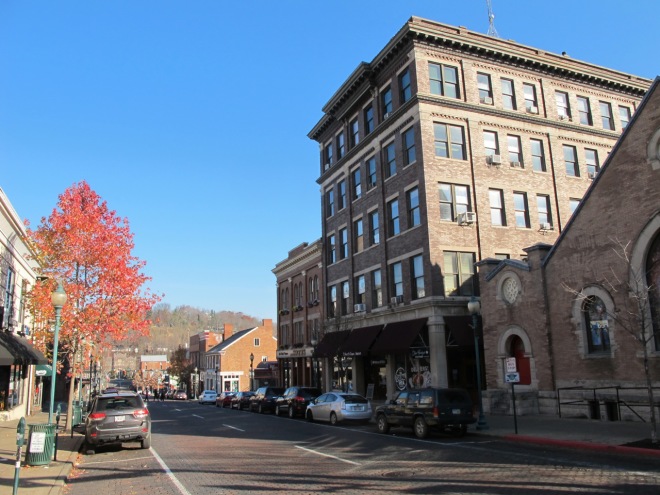 (Quick note: the day after we visited Athens, a stretch of Union Street caught fire, and multiple businesses were damaged or destroyed and numerous residents were displaced. A number of fundraisers are under way to support the businesses, their employees, and the residents. Consider donating to the gofundme campaign or purchasing a Traxler Tee or buying some Jackie O’s beer to support the community.)

Last weekend the folks at the Athens County Visitors Bureau hosted us on a day trip to the city. Believe it or not, we’ve actually never been to Athens. Shocking, I know. Especially considering how many friends of ours are OU grads, and how easy it is to make the trip from Columbus to Athens, made even easier with the new Nelsonville bypass. Nonetheless, it was time to remedy our lack of experience in Athens, and our trip was that exact type in which we loved what we saw, but found even more to visit on return trips. 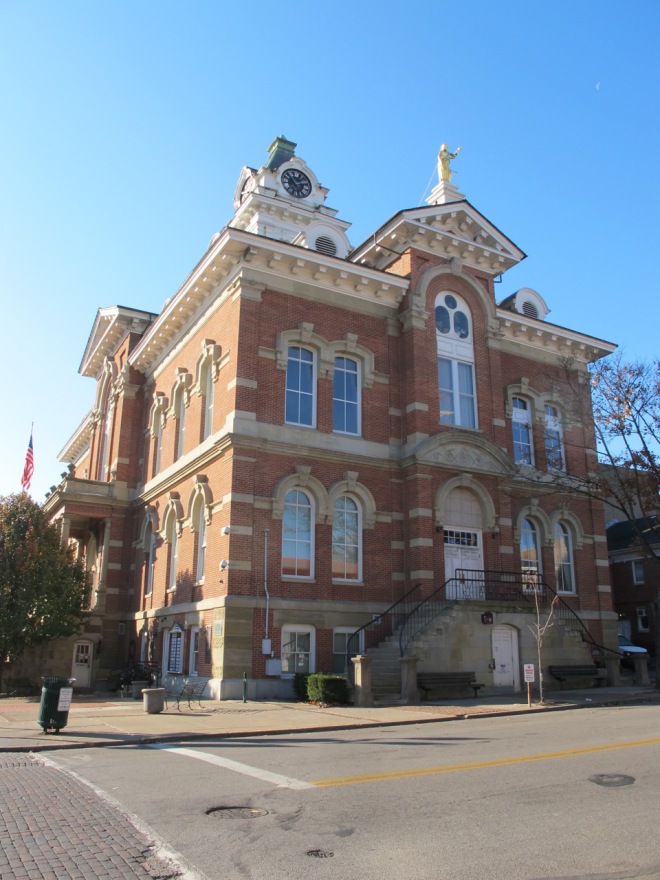 We were fortunate to catch a sunny, albeit a little chilly, day for our trip. We enjoyed clear blue skies and lots of sunshine as we both walked and drove around the area. The day began with two items – coffee at Donkey Coffee and breakfast at Casa Nueva. After coffee and a meal, we strolled Court Street some more, then drove out to… 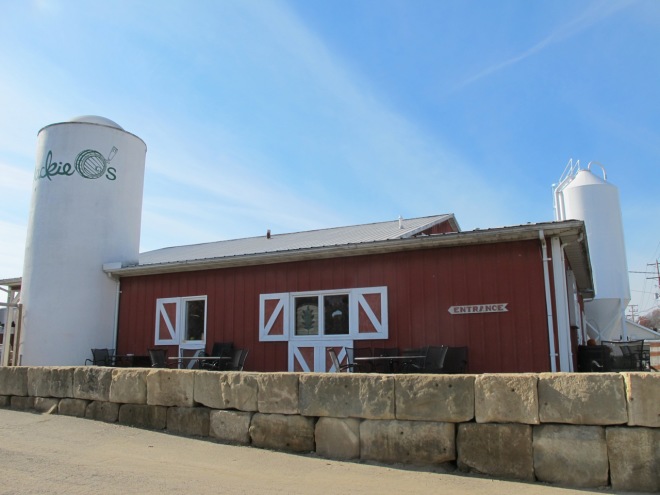 …the new Jackie O’s taproom! The taproom is a separate tasting and brewing facility east of town. 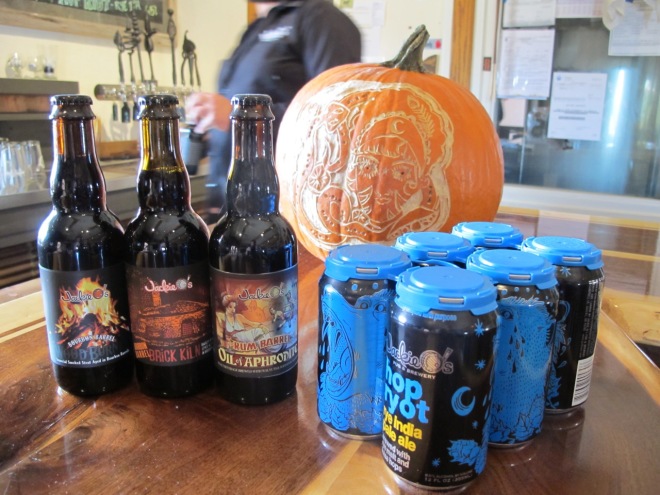 We’ve been fortunate in Columbus to have ready access to Jackie O’s beer, although nothing beats the selection at the brewery itself, from to tap to cans to bottles. 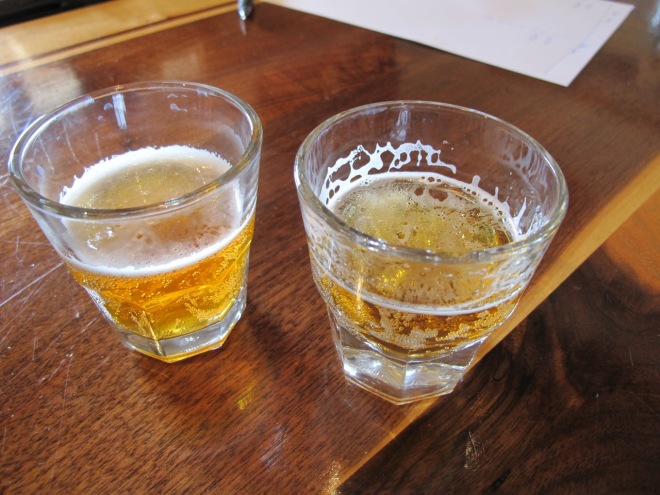 Two of the special tastes we had the taproom were the Mandala double IPA and Matriarch triple IPA. The Mandala is made in batches with single hop varieties. Despite their strength, both IPAs are incredibly balanced, which is really remarkable. Most IPAs, especially of the double and triple varieties, are marked by their punishing hop profiles, but Jackie O’s versions prove to be very drinkable. 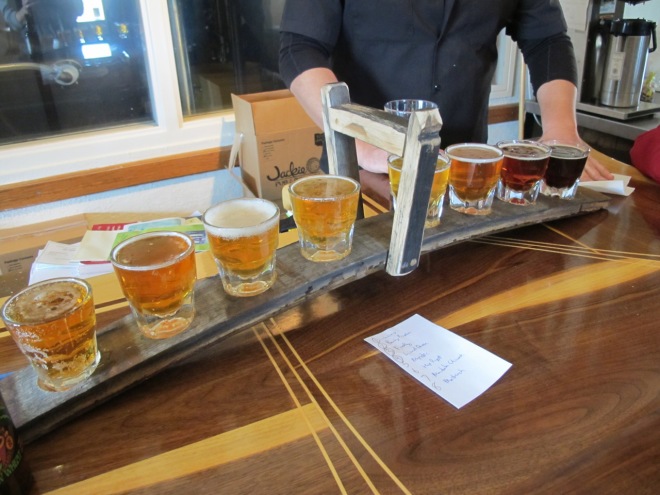 And there’s plenty more to sample at the taproom. 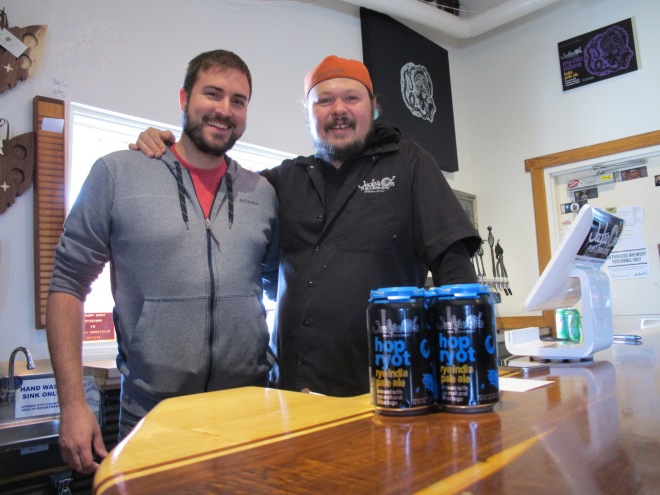 We were very fortunate to run into brewery owner Art Oesterike. The brewery is named after his mother Jackie, who passed around the time he was starting the brewery. Art is a busy man in Athens, running the brewery (which is rapidly expanding) and owning Bagel Street Deli. 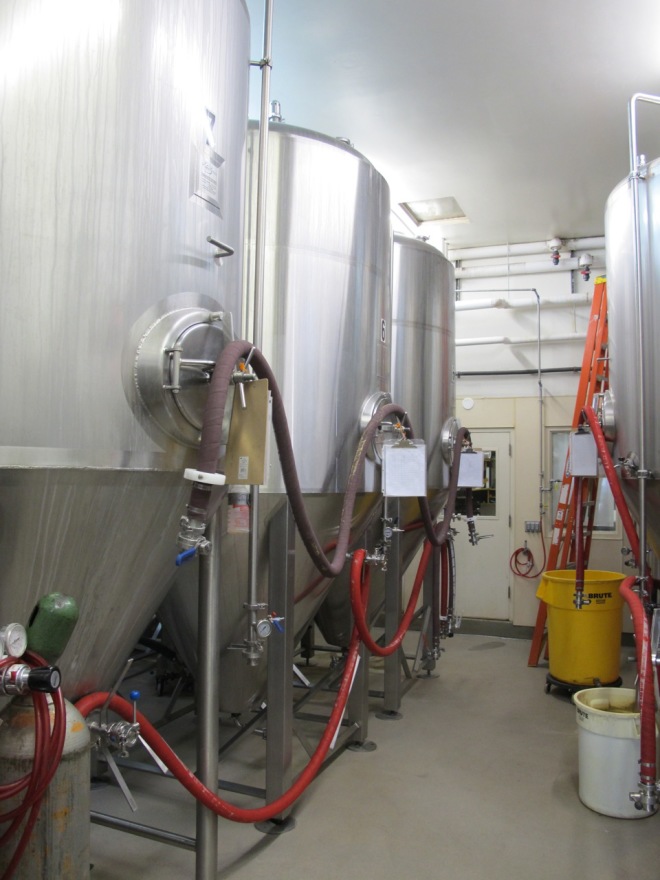 Art took us around the brewery space, which is at capacity and primed for expansion soon. 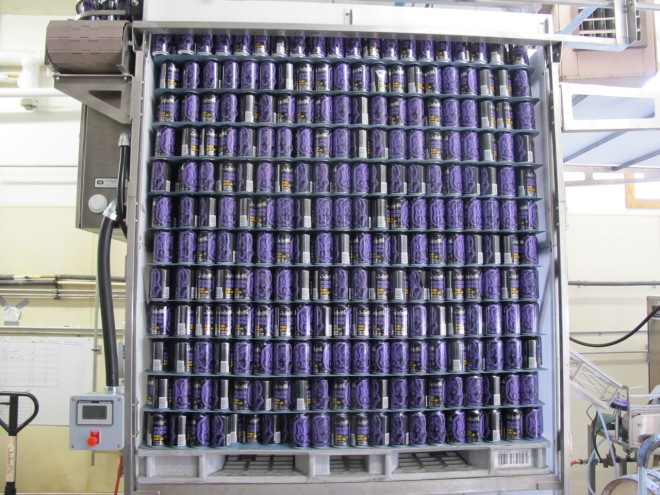 We also got a look at the canning line, where all those colorful Jackie O’s cans are filled with Jackie O’s brew. The system is something to behold, especially the can loader. 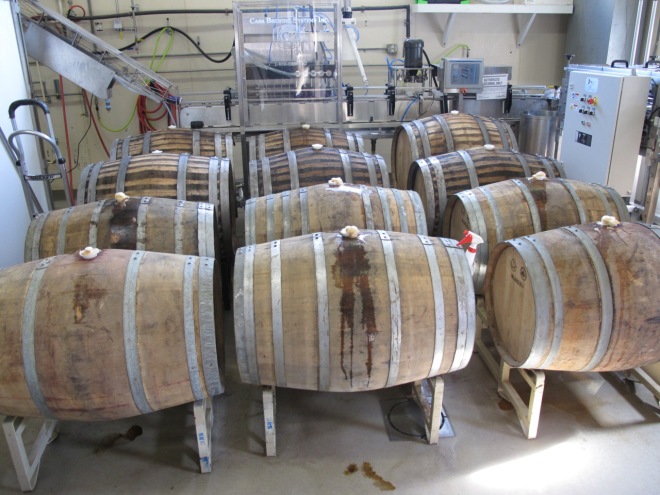 The day before they had filled old Madeira barrels with their Brick Kiln Barleywine. 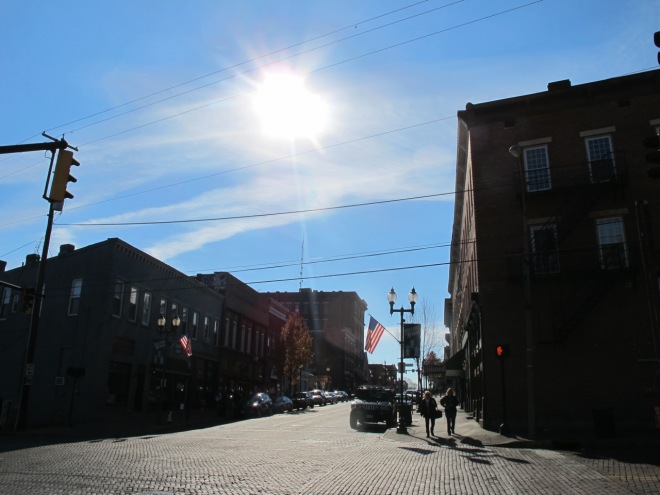 After the brewery tour, we drove around town and through Ohio University’s picturesque campus, we poked our heads into a variety of shops and generally enjoyed the beautiful day. 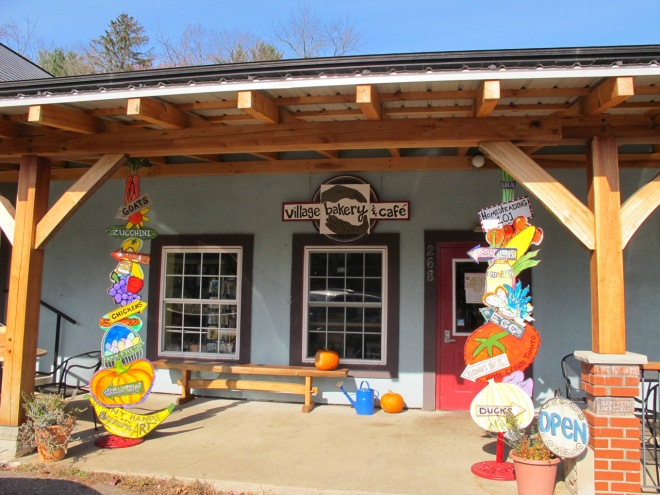 Every town’s got a few good bakeries, right? Athens is no exception, and to demonstrate this we stopped into Village Bakery Cafe, a bakery run by sustainable practices. 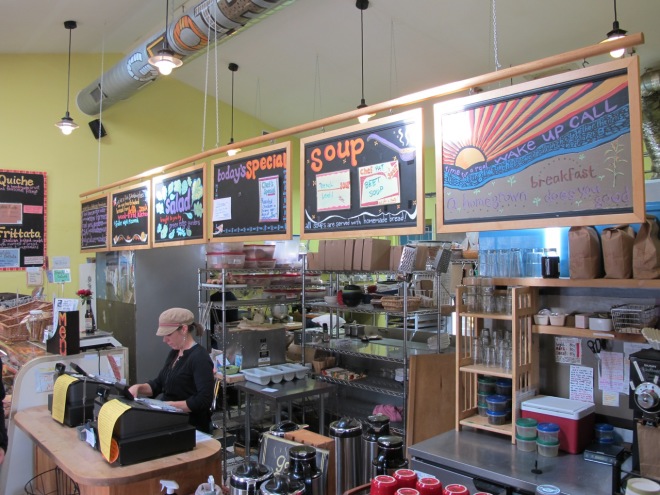 It’s hard to see in this photo, for instance, but the vents in the ceiling are all painted to say “geothermal.” 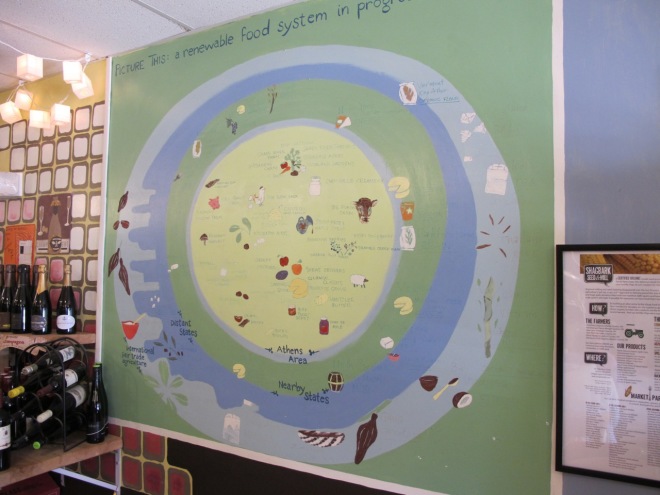 Village Bakery is also a perfect example of Athens’ strength is featuring local ingredients. We get a lot of Shagbark Chips and Snowville Creamery milk in Columbus, both of which are located in or near Athens. Athens even features the 30 Mile Meal, an initiative highlighting the farms and foods produced within thirty miles of the city. 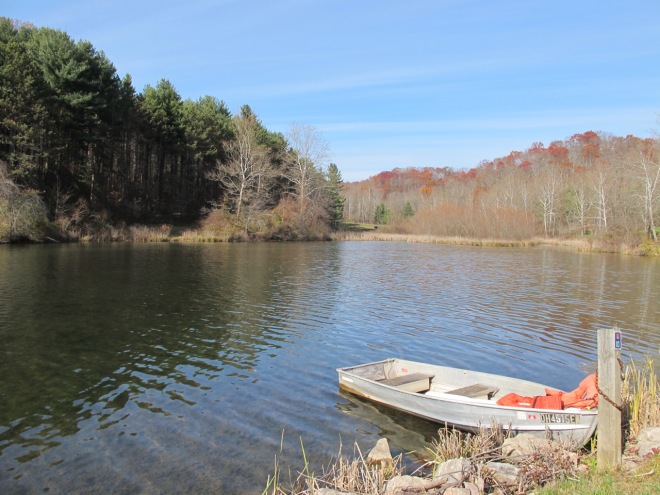 We picked up a couple snacks from the bakery, then drove out to Stroud’s Run State Park. Although the day proved a little too chilly to spend a lot of time there, we still played around the docks and enjoyed the scenery. 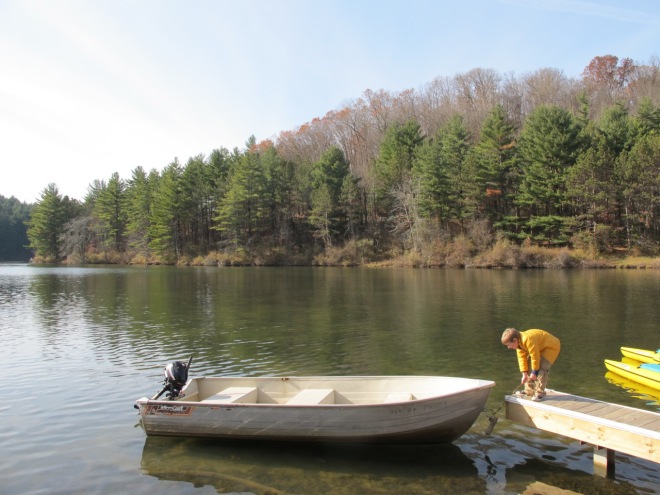 It’s amazing how close the park is to Athens. A quick drive or bike right and you’re in the hills. I can see why so many people are attracted to the area. There’s good food and culture in the town itself, but a few minutes outside and you have small lakes, loads of hiking and biking trails, and plenty of camping.

That’s just the beginning of the trip! Now it’s on to Part 2!

(This trip was provided for and hosted by the Athens County Visitors Bureau. Opinions are my own.)