A Little Star Wars in Cincy 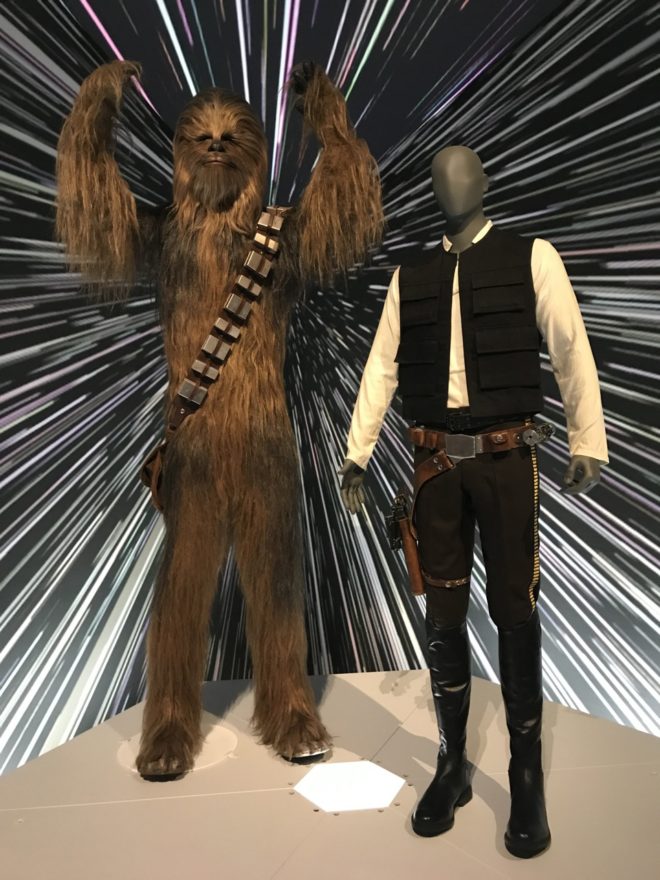 We love making day trips to Cincinnati. As much as we’ve been in recent years, there’s always more to discover. Last year we caught the Art of the Brick exhibition at the Museum Center, and this year, with a random free Monday, we snuck down to see Star Wars and the Power of Costume, a traveling exhibition from the Smithsonian that’s on display through October 1. The boys enjoyed the trip, of course, but this Star Wars fan made no secret of his excitement as well. 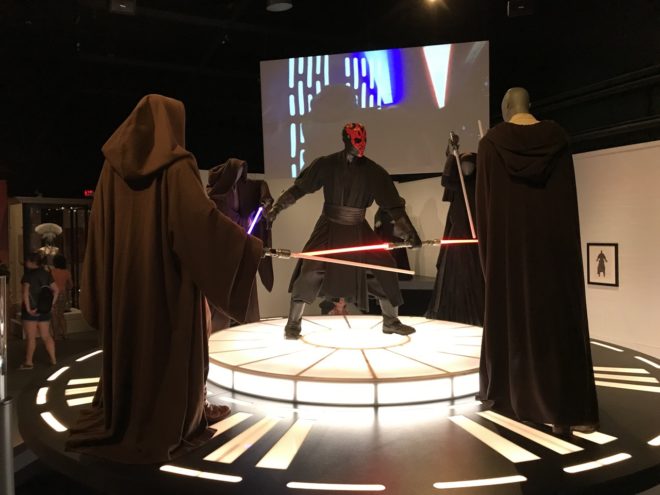 The exhibit features original costumes, sketches, photos, and behind-the-scenes videos from the first seven movies. Some video screens play movie clips where the costumes are being used, while some demonstrate their construction, inspiration, and use. 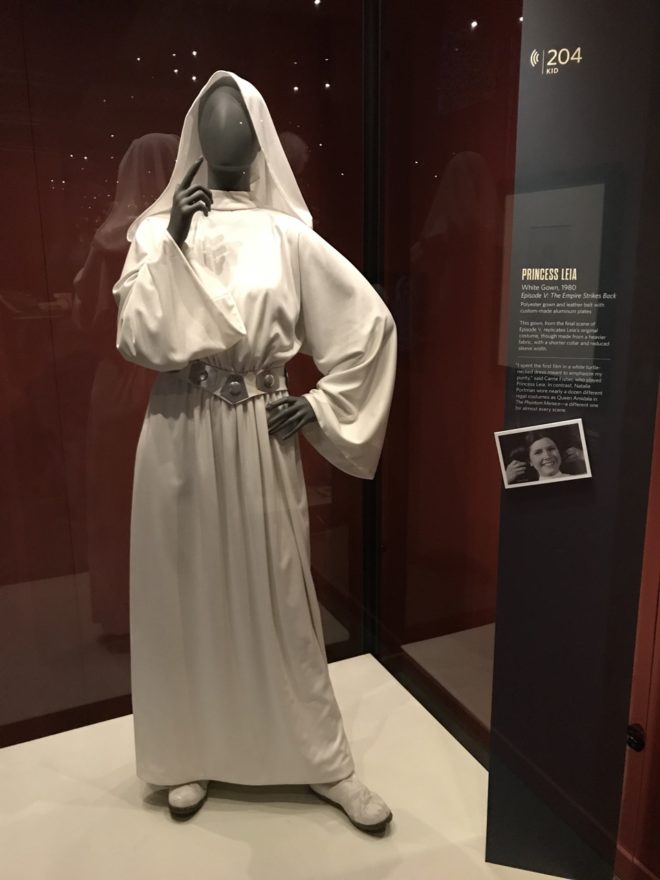 As a lifelong fan, I found it hard not to get caught up emotionally in a few of the pieces. The first costume you see when you enter is Alec Guinness’ robes from A New Hope. Later on there’s Carrie Fischer’s white robes from Empire Strikes Back. 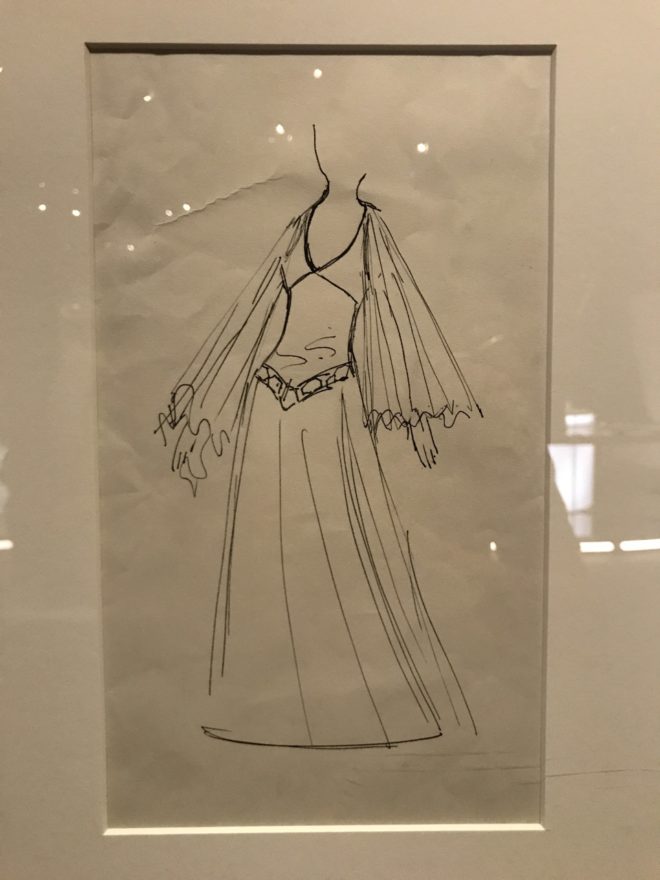 Next to that were the original sketches for it, too. 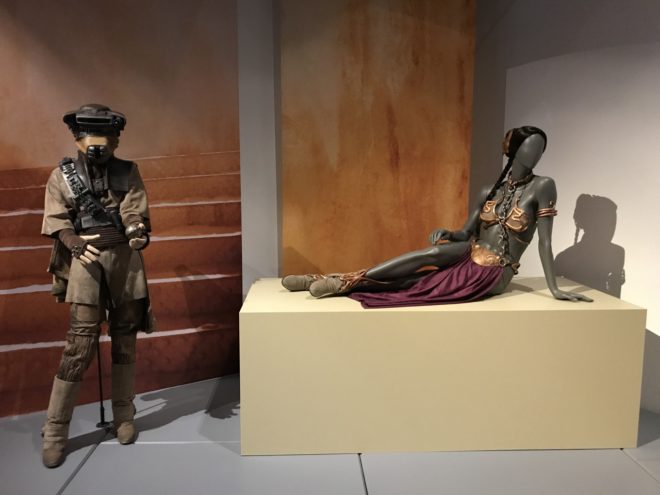 Another room held some of her pieces from Return of the Jedi, including the Boussh bounty hunter piece (holding a thermal detonator!) and the famous titanium bikini. 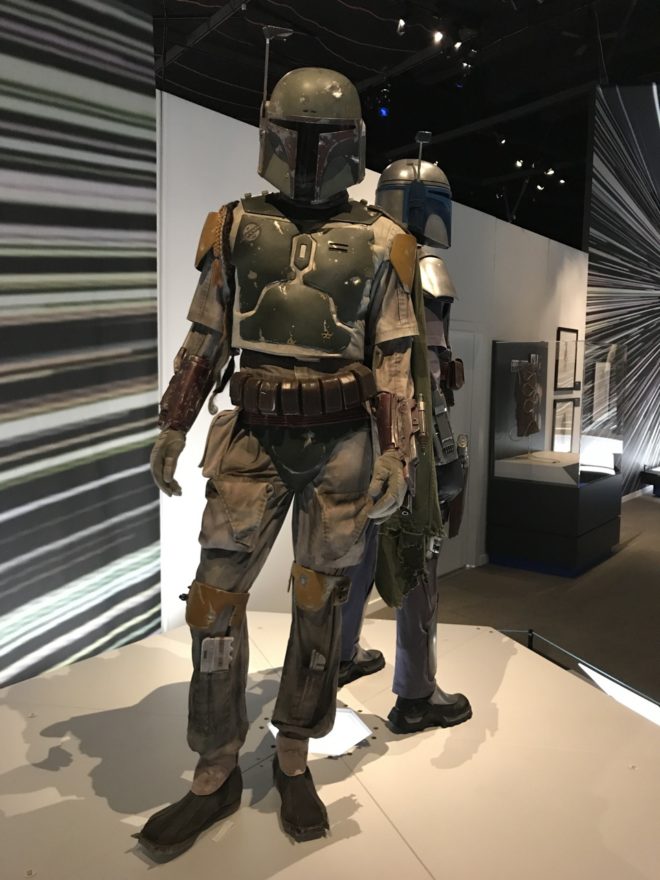 The exhibition lets you get a close-up view of these pieces you’ve seen so many times on screen. You can admire the detail they put into each piece, oftentimes with things you’d never notice in the movie itself. 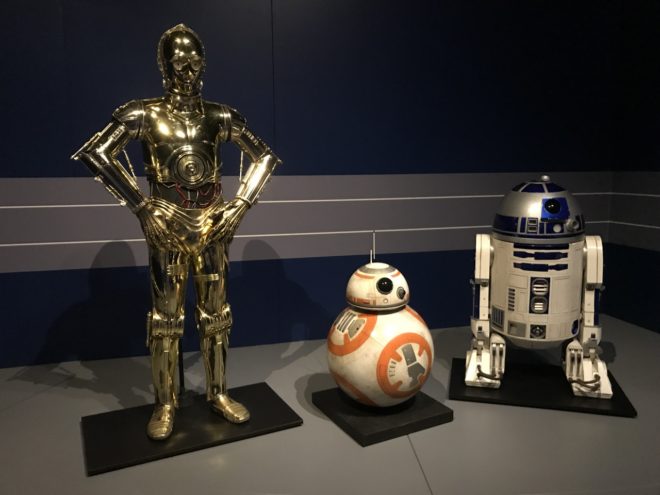 Although the exhibit is largely focused on the original and prequel trilogy, there are bits of The Force Awakens in there, too (no Rogue One, though), like BB-8 and Rey and Finn. 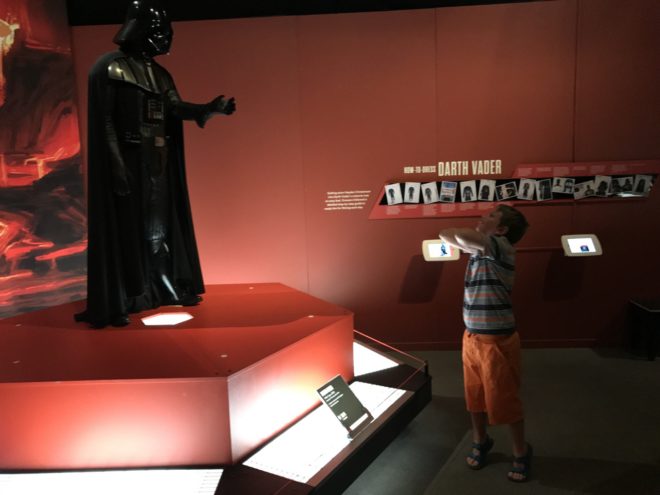 There are whole rooms dedicated to Queen Amidala/Padme’s detailed costumes, and the exhibit finishes up with some of the iconic looks like Darth Vader. 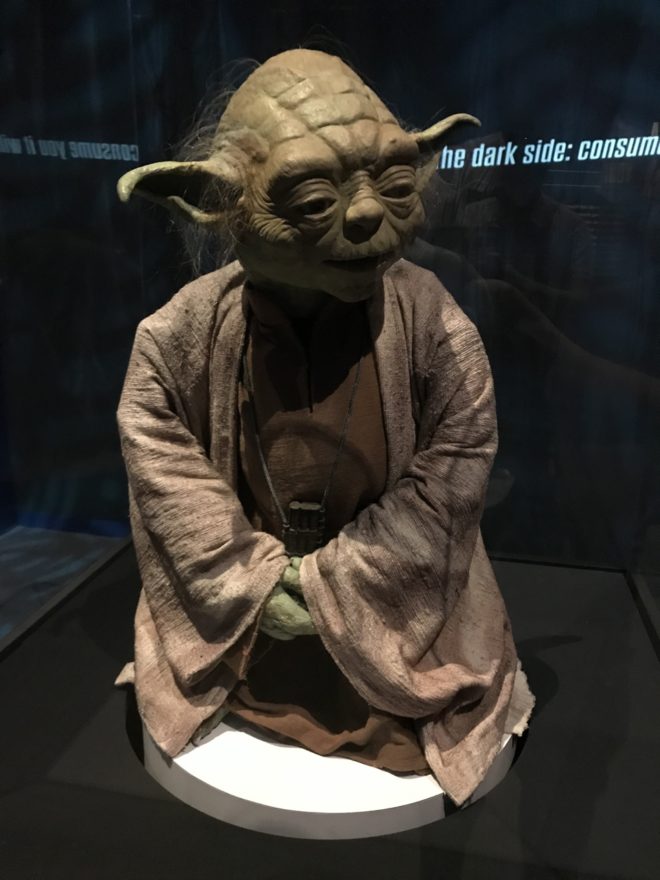 And at the very end, in a room all by itself, is the original Yoda puppet from Empire Strikes Back. On the back wall are some of his more famous quotes. 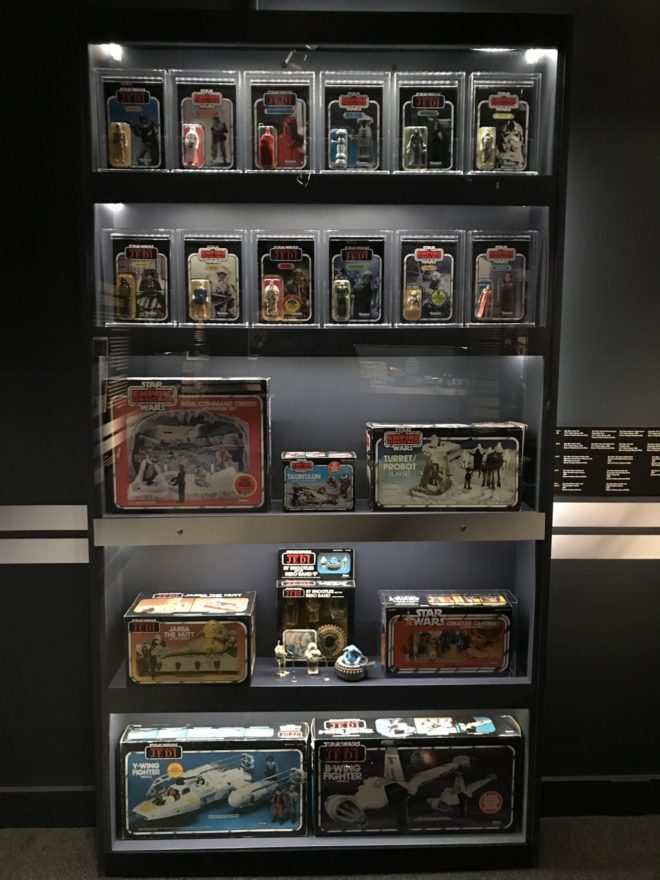 The exhibit finishes with a look at some of the Kenner Star Wars toys from decades past. Before this visit, I didn’t know that Kenner was founded in Cincinnati! 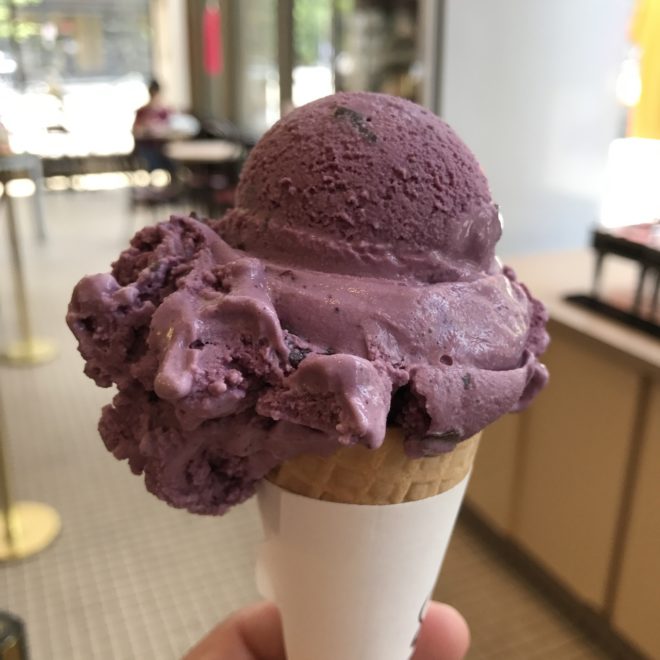 After the museum trip, we parked the car in a garage downtown near Fountain Square, stopping to cool off with a signature Cincinnati taste at Graeter’s. I can’t resist that black raspberry chip. 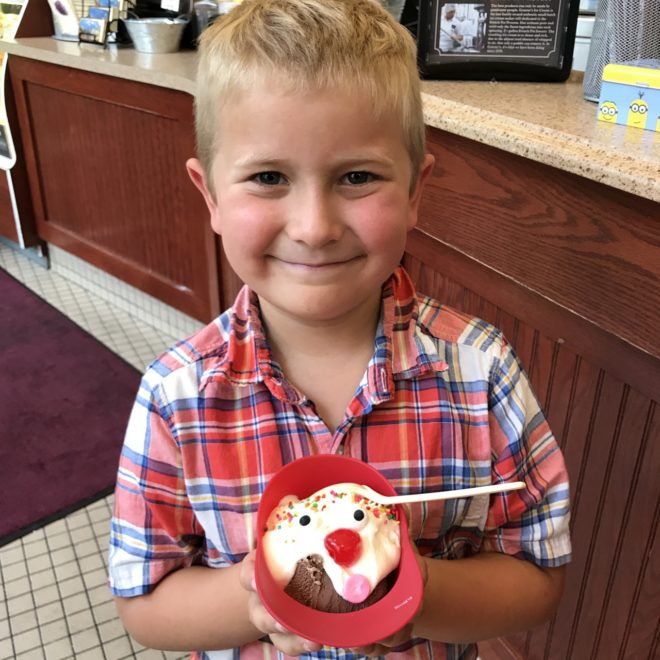 And we all love the hat bowls. 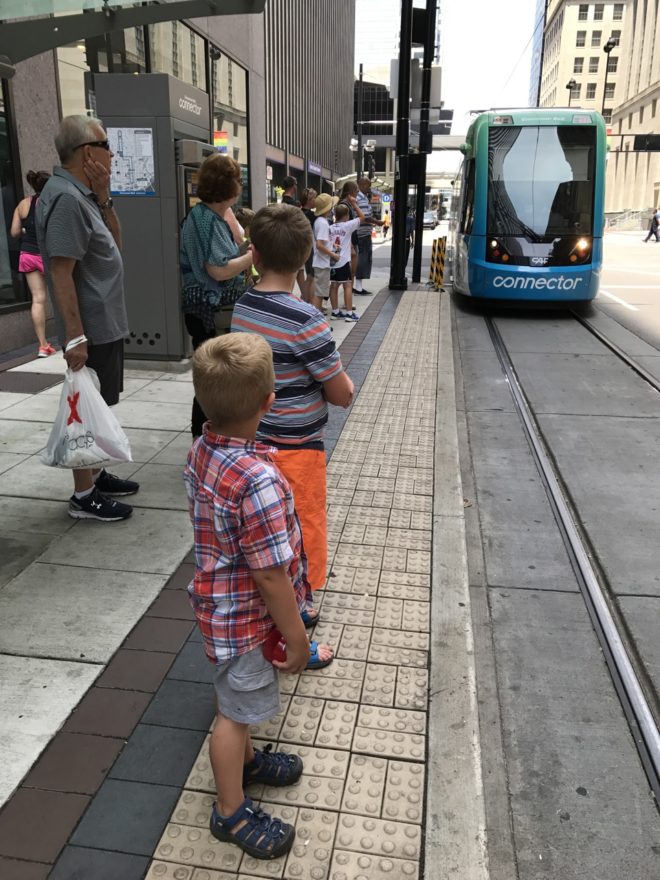 Since our last visit to the city, the Cincinnati Bell Connector began running through downtown and Over-the-Rhine. I was super obsessed with riding it. Day passes are only $2, and riding it is easy to figure out. 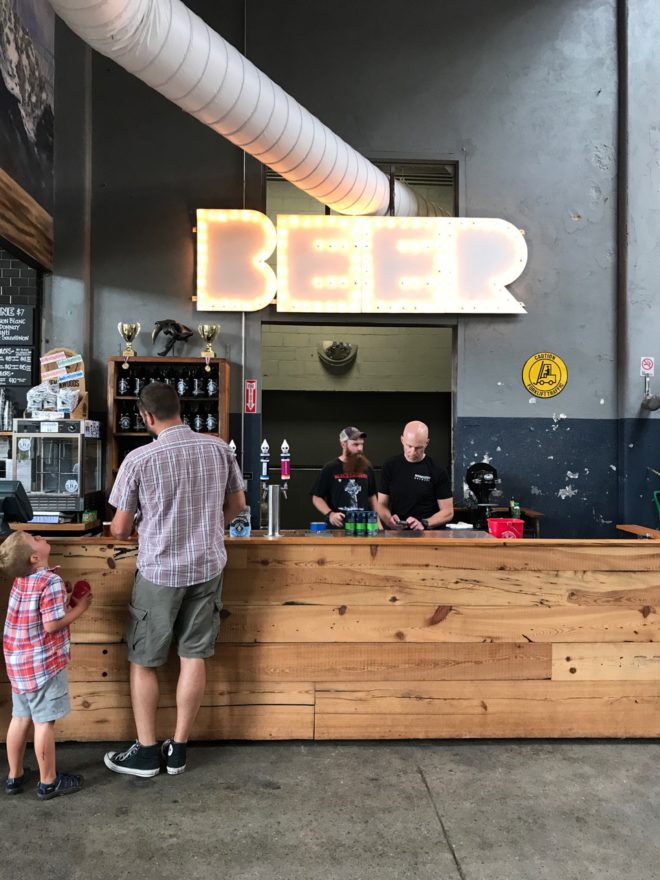 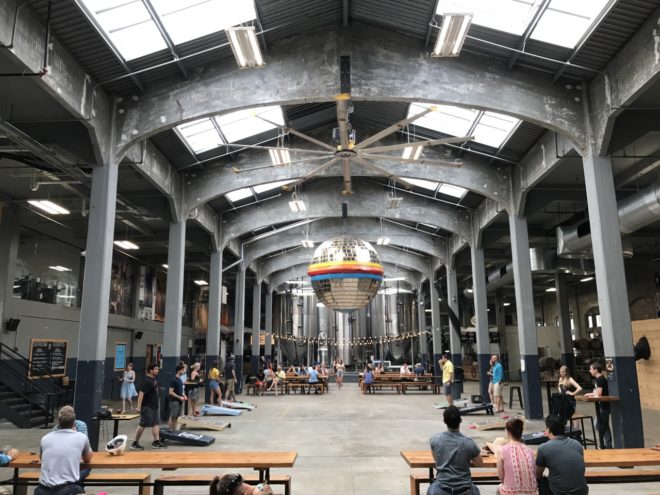 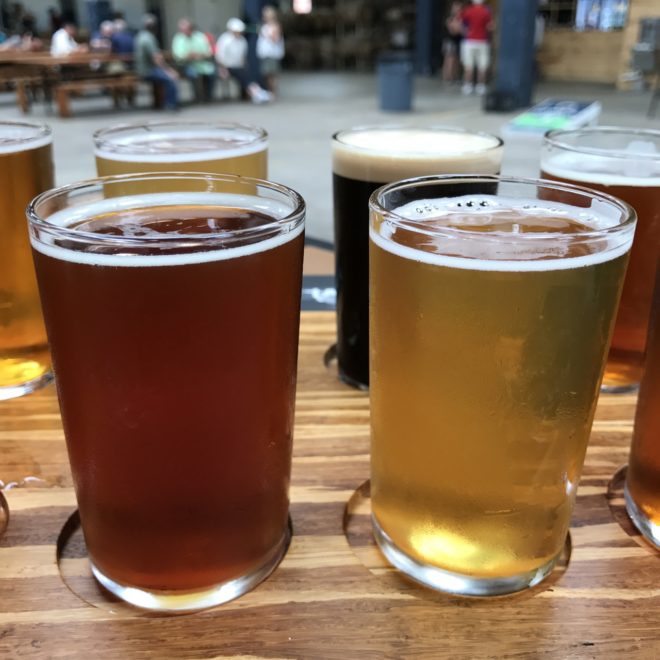 We sampled a few beers, snagged a couple bags of Hen of the Woods chips, and played ping pong and cornhole. 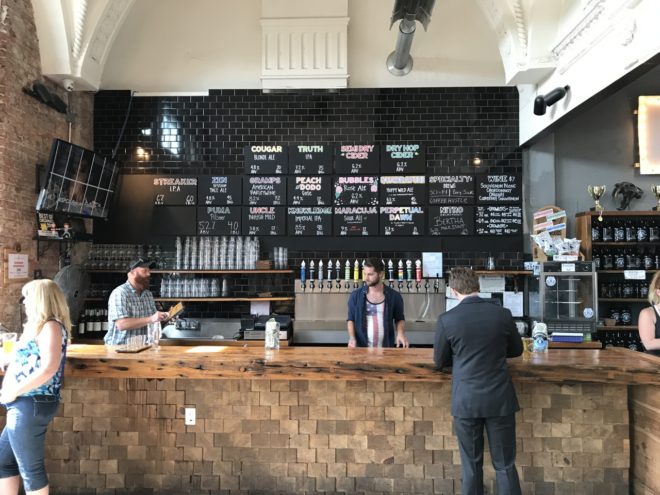 During certain hours the brewery is kid-friendly, with plenty of space to roam and just hang out. 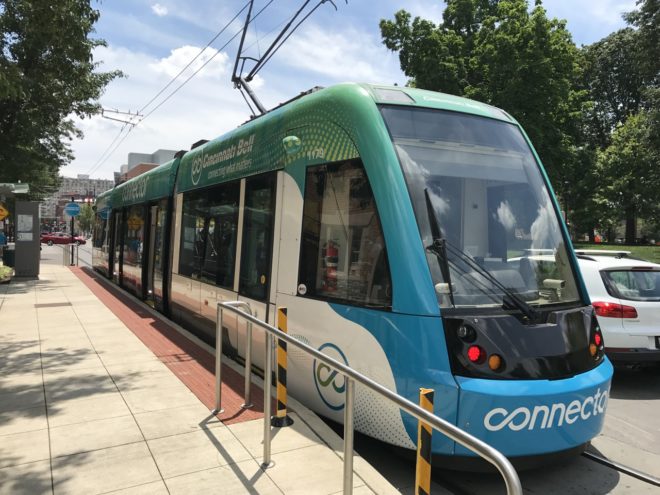 And conveniently there’s a streetcar stop out the front door. 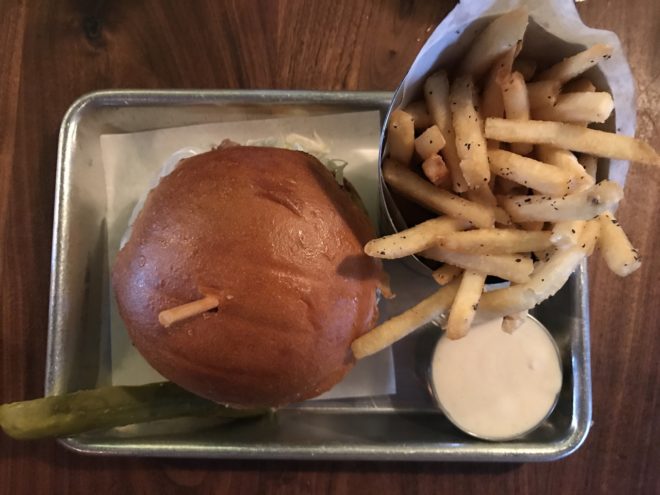 We took it south, then, to Krueger’s Tavern, part of the Thunderdome Group of restaurants that includes Bakersfield and The Eagle. Beth and I had been there for dinner last year, and we figured the boys would love it, too. 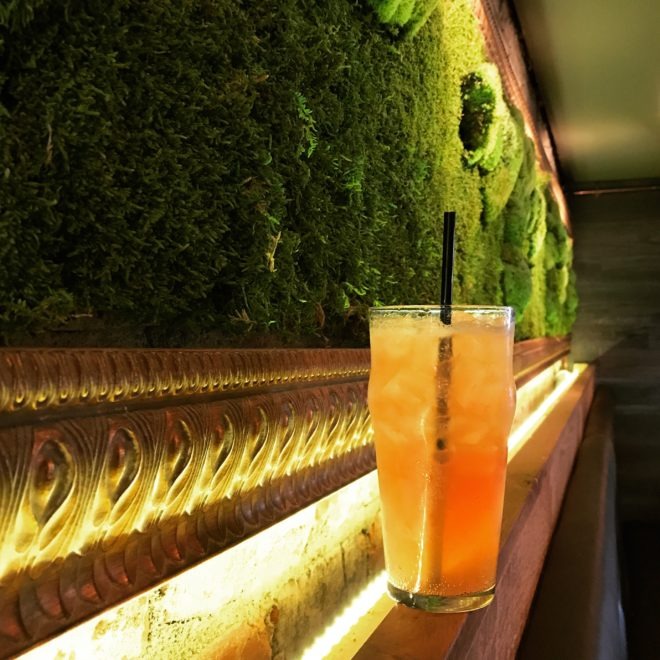 Krueger’s has a narrow, two-story space with an upstairs patio that overlooks the street. They focus on burgers, sausage platters, salads, and good drinks. 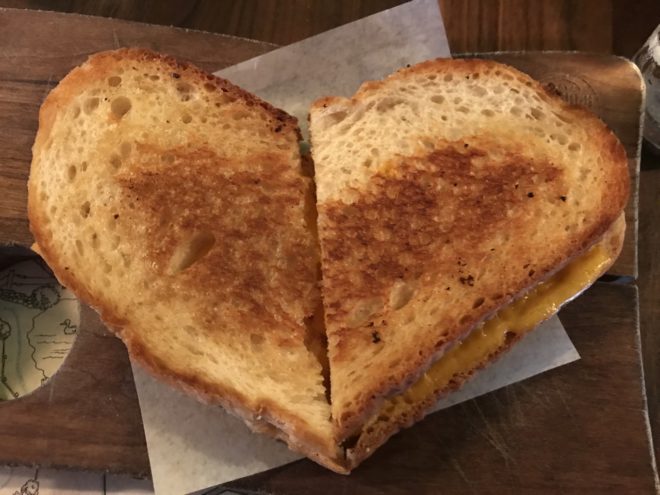 The kid’s menu is solid, too, with grilled cheese that arrives shaped like a heart. 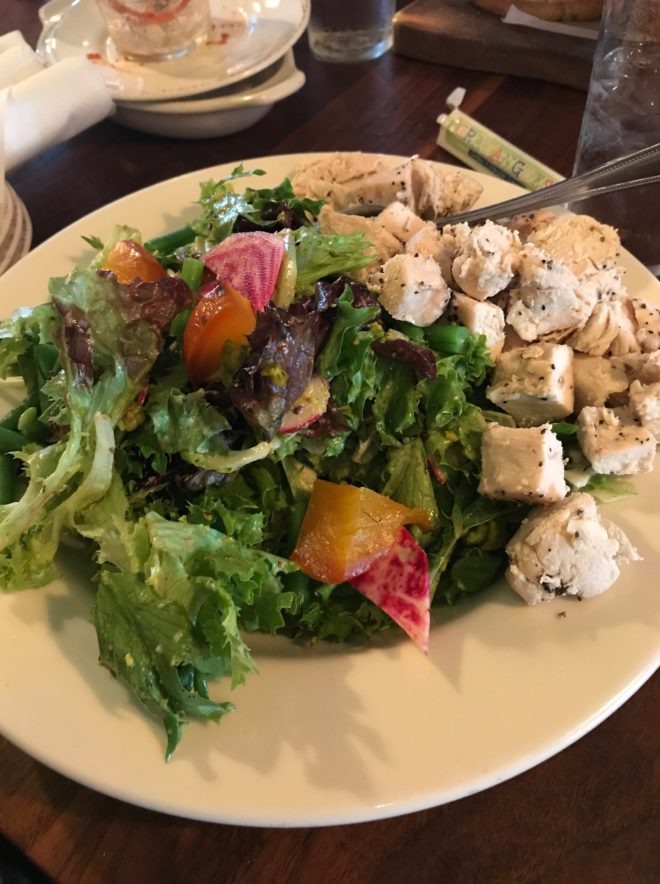 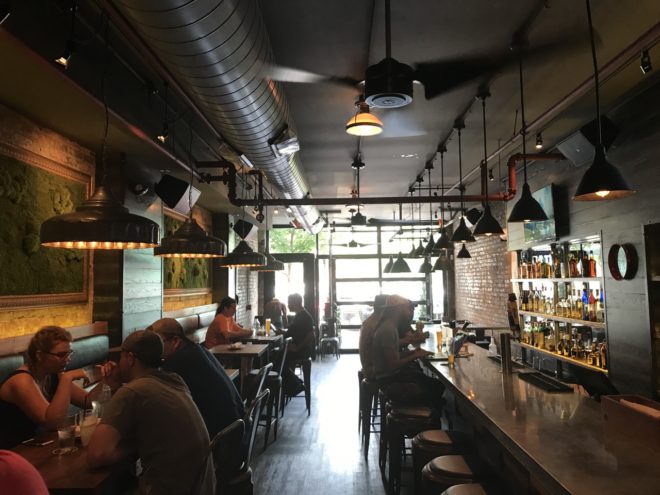 Krueger’s made for a fitting stop to the day. Until next time, Cincinnati!

Thanks to CincinnatiUSA for the Star Wars: Art of the Costume passes!