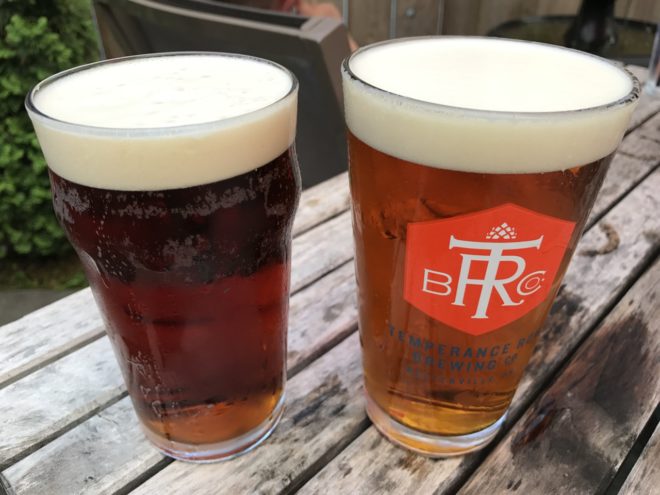 It’s time to catch up on our Ale Trail adventures! This year I’m attempting to complete all 37 stops on the Columbus Ale Trail, documenting it with a blog post every time I complete 5-6 stops. I’ve already hit up five stops listed in part one, collecting stamps at Seventh Son, Hoof Hearted, Platform, Lineage, and Barley’s.

The next leg of our journey finds us at Temperance Row Brewing in Uptown Westerville, following an afternoon biking around Sharon Woods Metro Park. 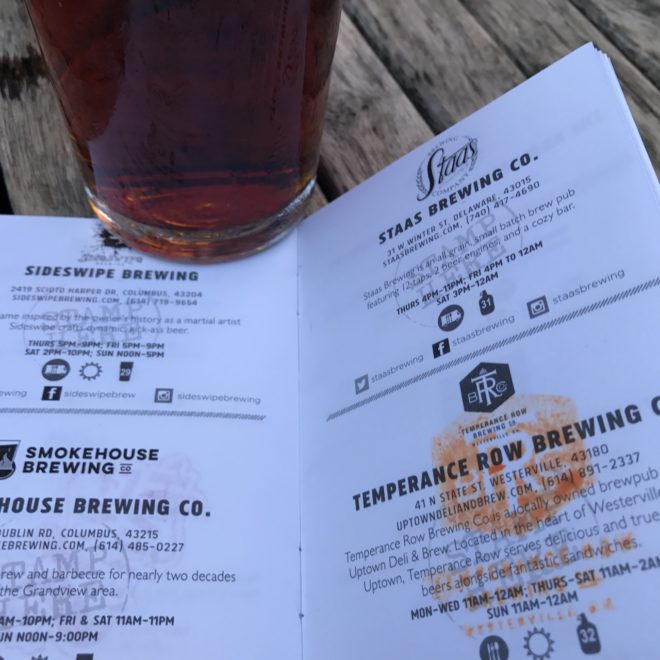 Temperance Row brews a familiar roster of beers: pale ales, Scottish ales, a couple IPAs, a stout or two, seasonal styles like winter warmers. But they usually offer a couple beers on nitro tap. Their IPA is particularly good on nitro; this time I sipped their Hatchetation pale ale on nitro, which sweetens the beer a bit. I loved it. 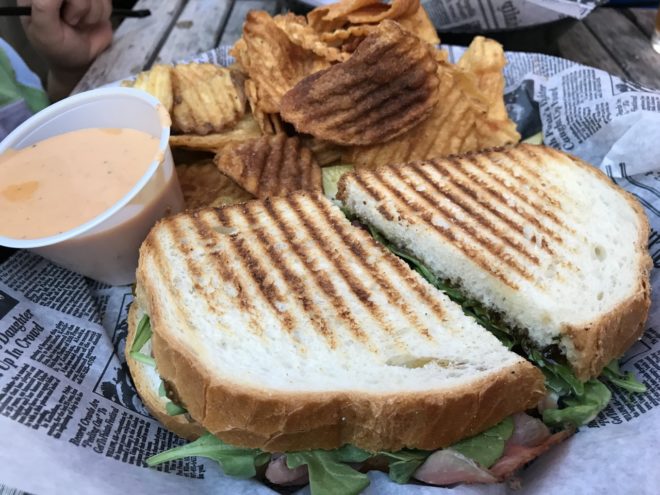 We snacked on their great list of deli sandwiches (I’m partial to the State & Main). 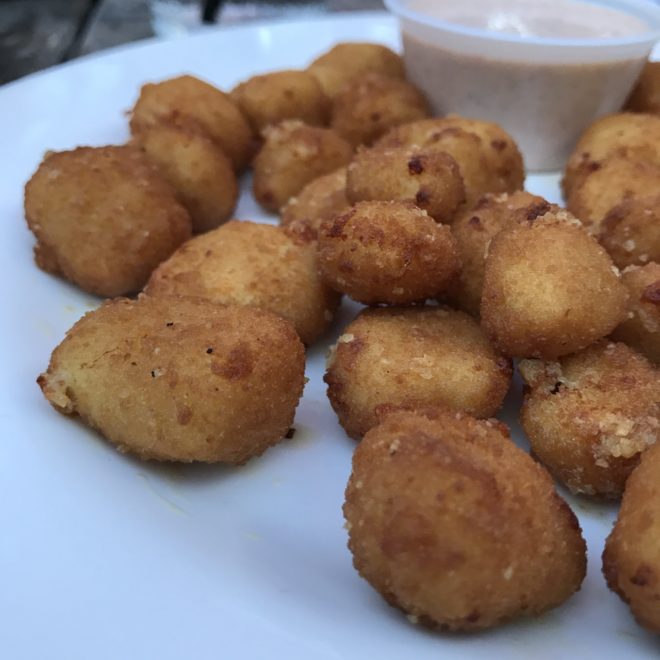 And maybe a plate of fried cheese curds. 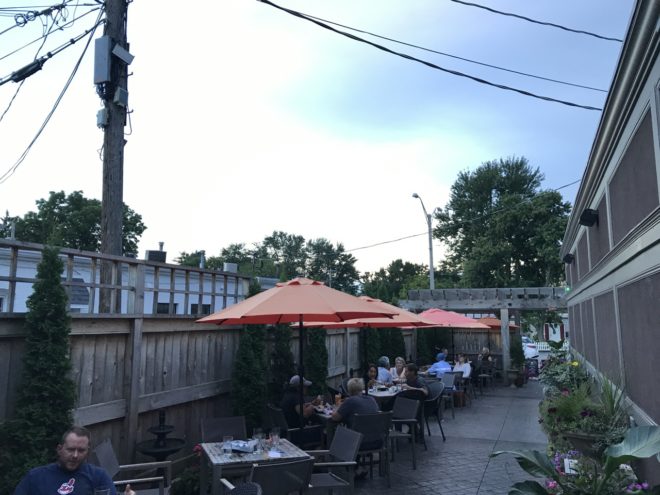 Temperance Row is located in the heart of Westerville; the irony, in case you don’t get it, is that Westerville was ground zero for Prohibition. The Anti Saloon League was based in the city, and its efforts at prohibition blossomed nationwide. There’s even a museum dedicated to it. 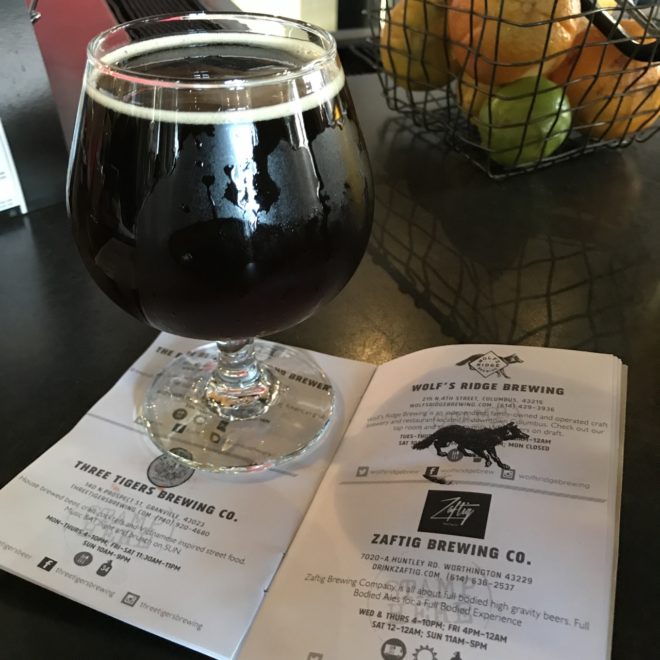 Second stop is the Wolf’s Ridge Brewing taproom. We take any opportunity to stop by here. 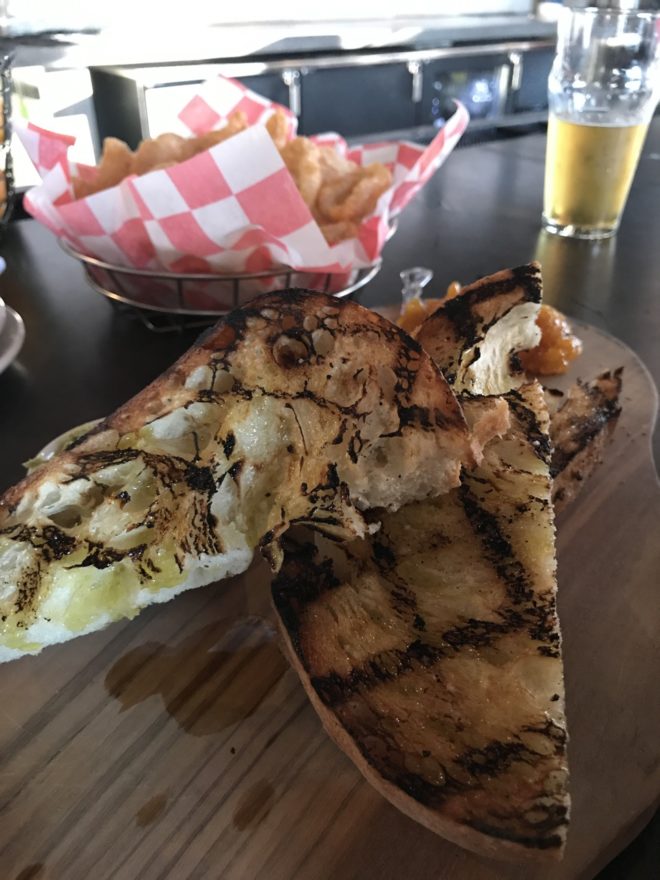 We squeezed into two seats at the bar and enjoyed a cheese plate and BBQ pork rinds. 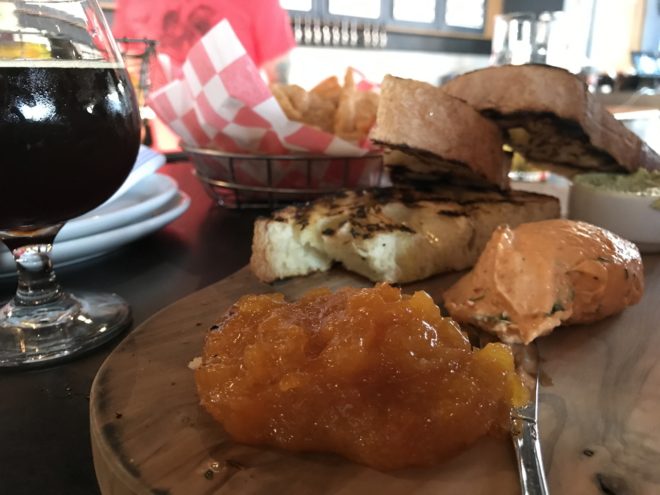 The taproom features a small food menu, so you can still get a full meal there without having to make a reservation at the restaurant. 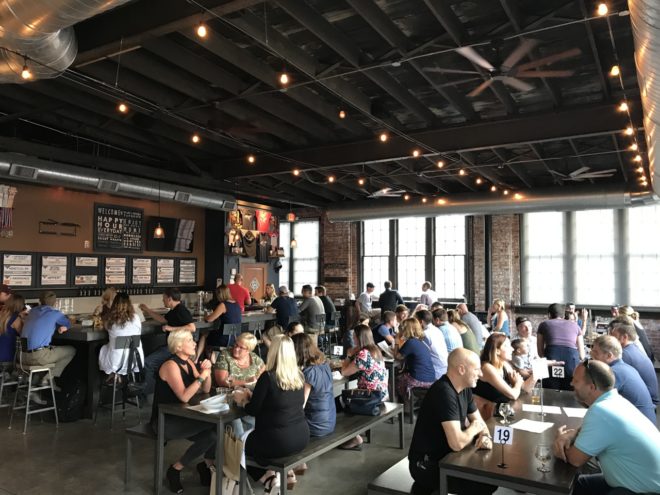 And it’s a lovely place to hang out. Great food, great beer, board games. 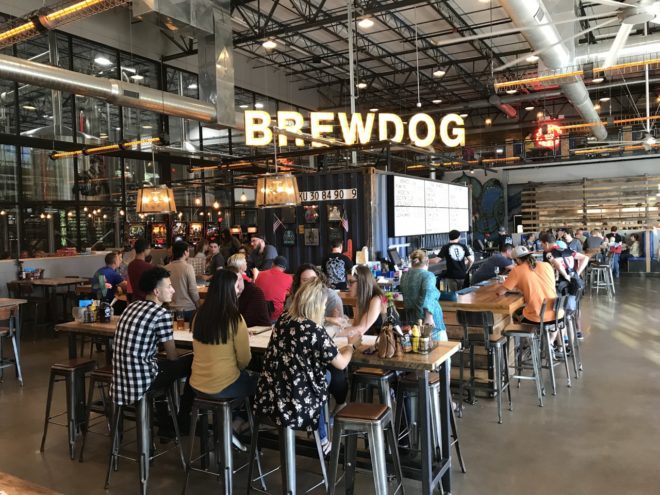 Third stop is us finally making it to BrewDog in Canal Winchester. We’ve tried going twice before and both times were turned away because the wait was too long or they were out of food and beer. In their defense, this was during their opening weeks, but because of their slow communication we stayed away for a few months. 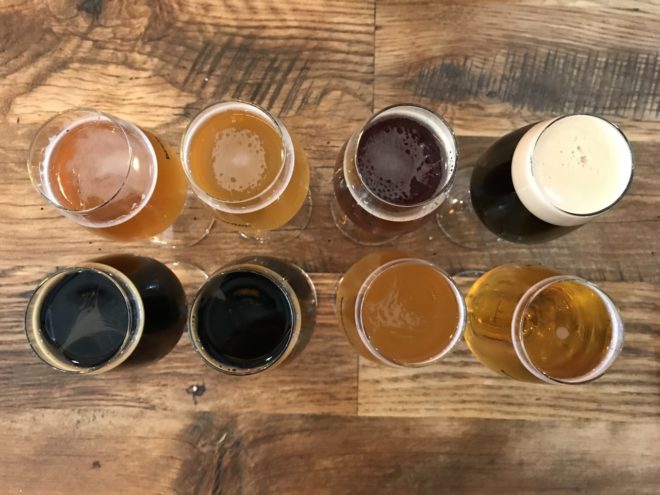 One Saturday in late summer, though, the weather was perfect for biking, so we took on the trails at Blacklick Woods and Three Creeks metroparks, then hit up BrewDog for beers and dinner.

As you can see, we were thorough in our sampling. 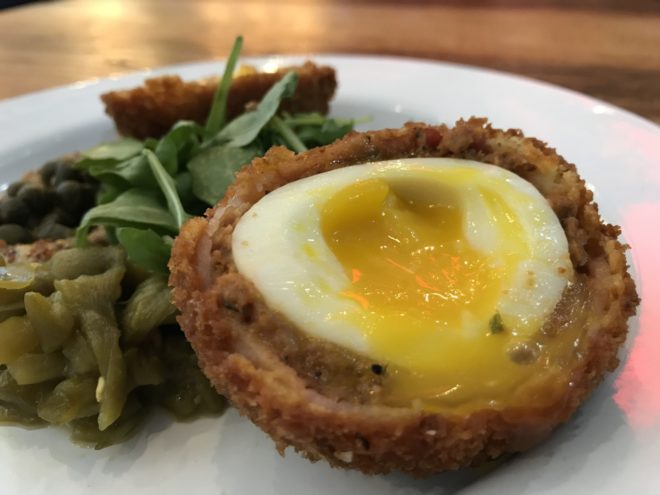 We started with some promising Scotch eggs. 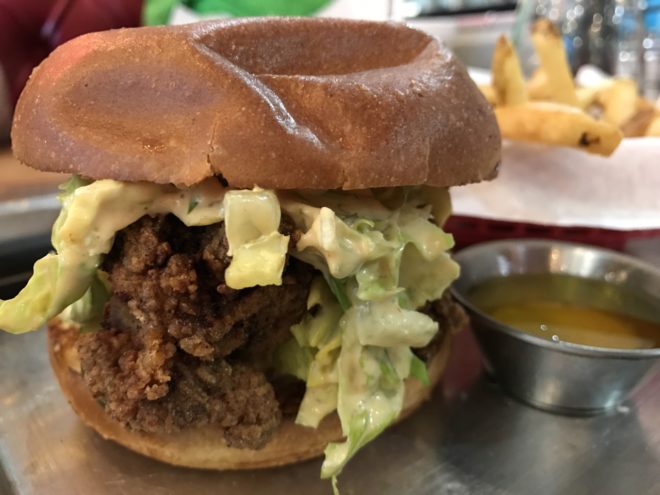 Then moved on to a pretty solid fried chicken sandwich. We also ordered a pizza which proved to be pretty lackluster. Unimpressive flavors and sparse toppings. 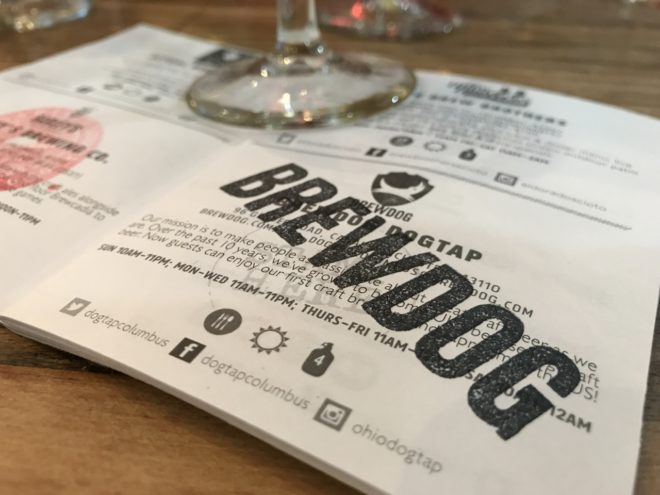 But the beer and the other bar snacks helped. 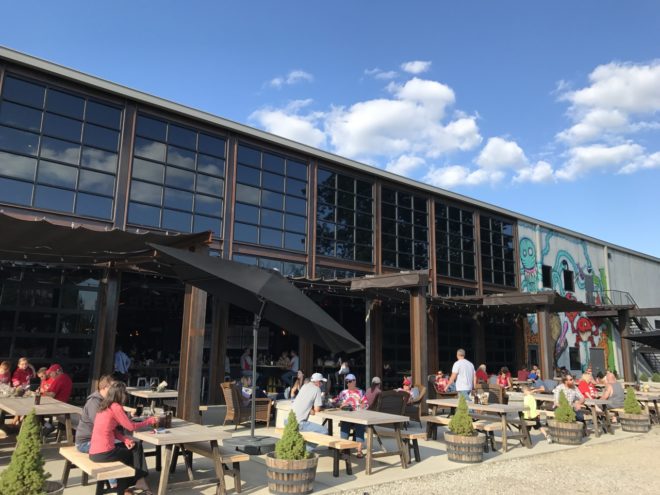 The nice weather let us get a food feel of BrewDog’s digs, from their sprawling patios… 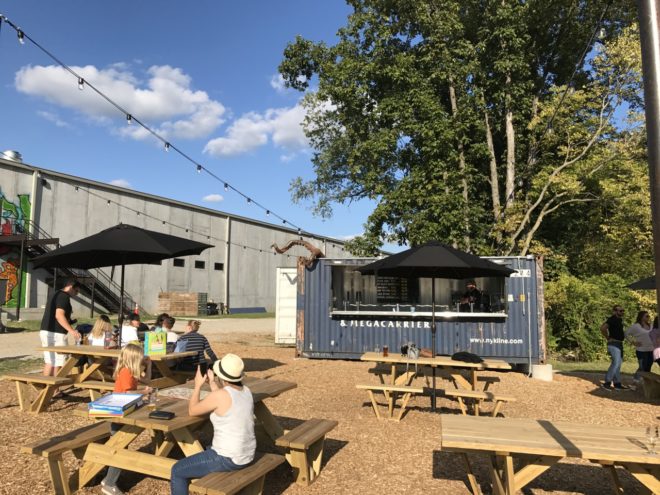 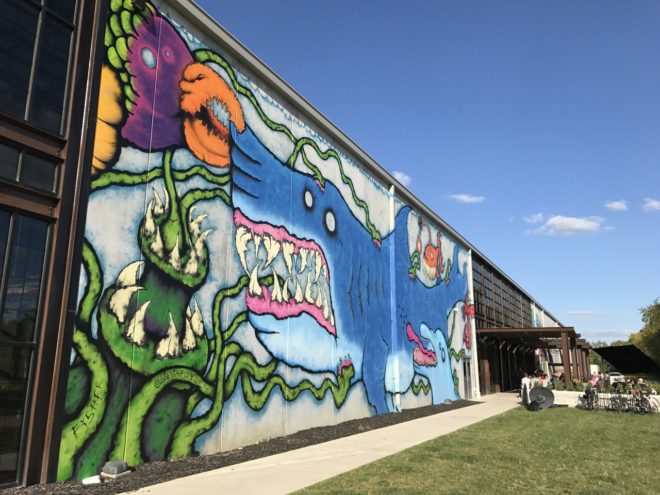 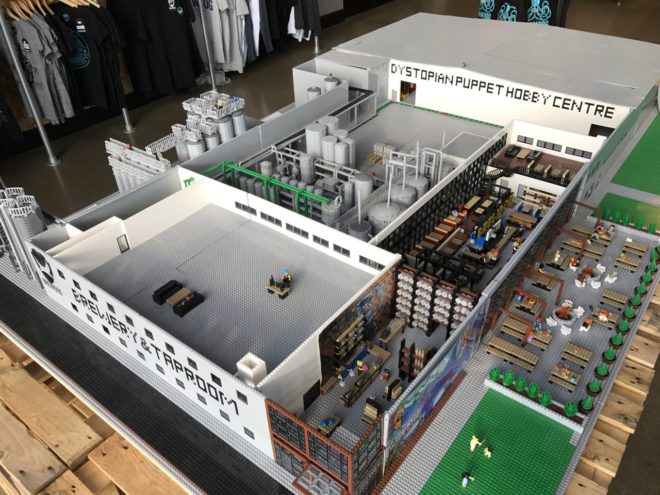 Also, how come no one told me there was a Lego replica of the brewery in the lobby?! 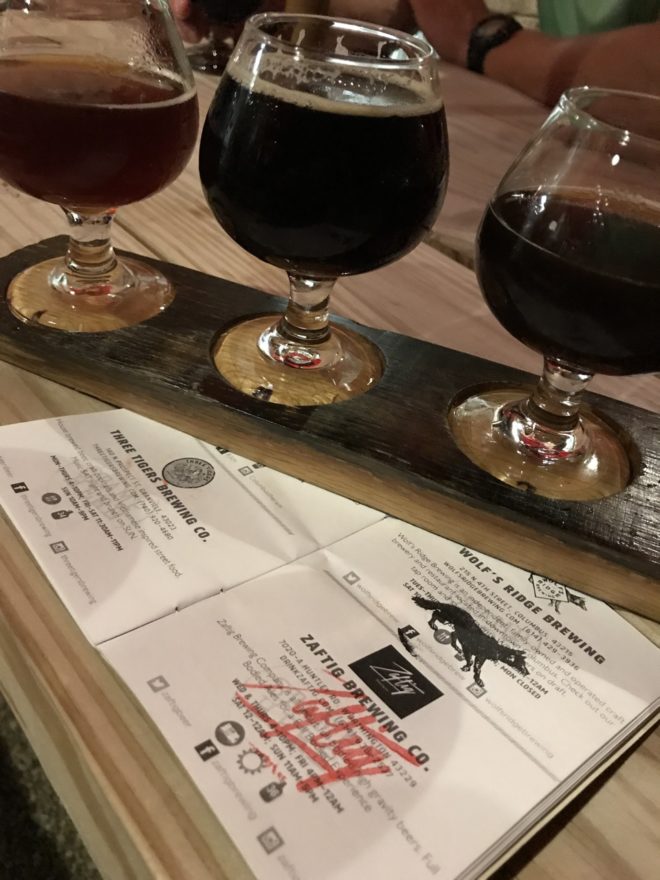 The next stop on this round of Ale Trailing is Zaftig to sip some of their amped-up beers. 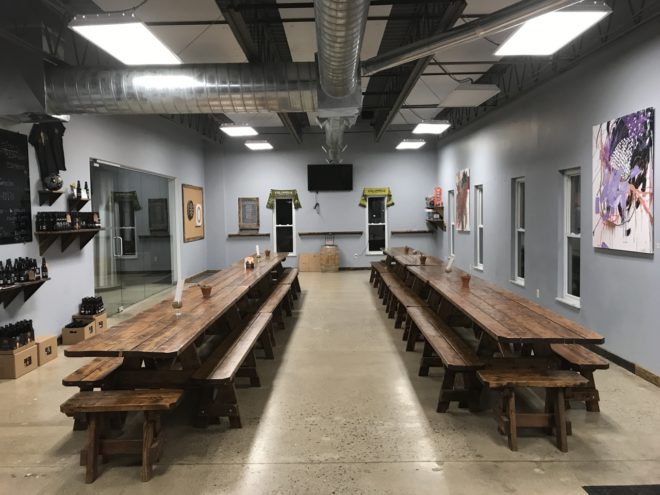 I love their Worthington taproom, but I don’t get there often enough. The long space features rows of picnic tables. 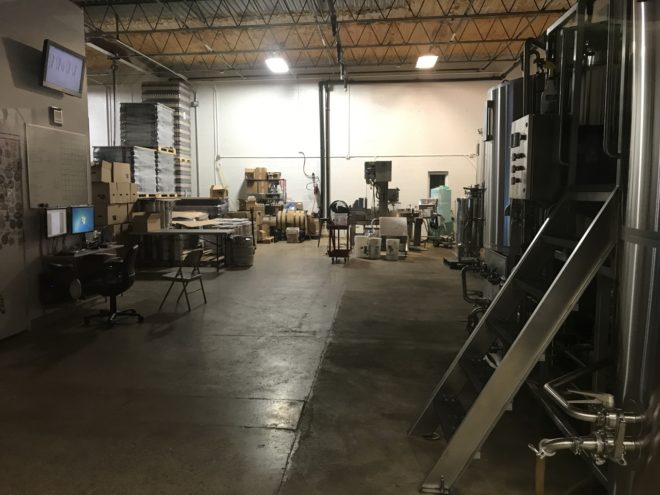 The glass doors let you look into the brewery. If you’re lucky you might spot the resident cat Zaftig Hops. 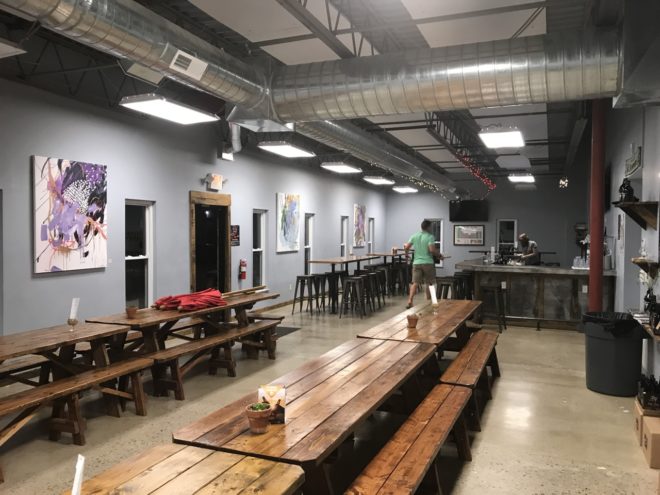 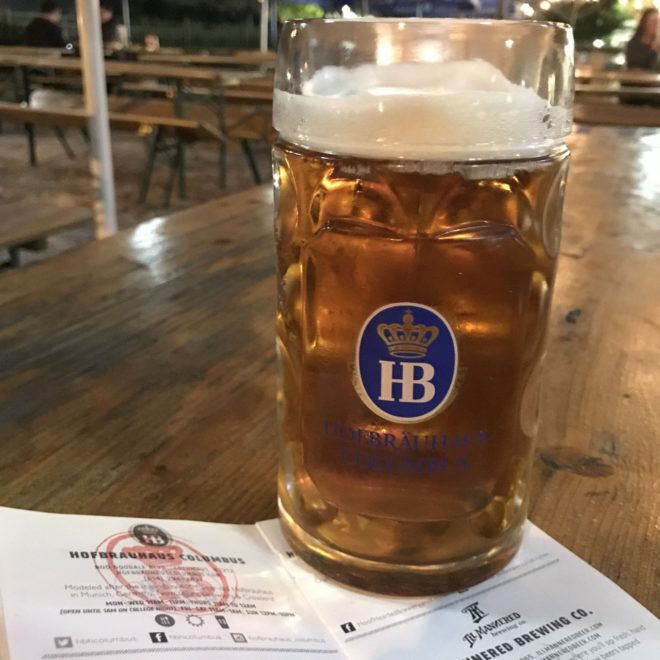 The last stop on this leg of the journey is Hofbrauhaus – my first time visiting since they opened in Columbus! 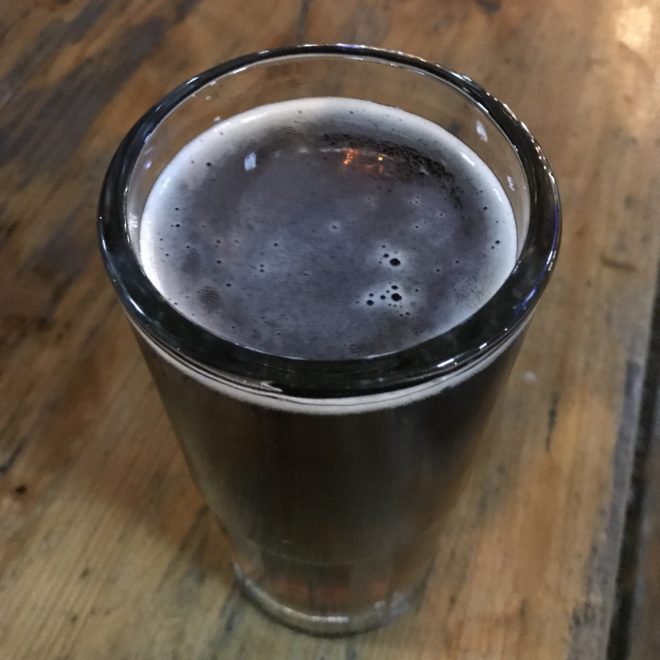 My friend Micah and I were catching up over beers, and we found a warm autumn night to sit on their huge patio. 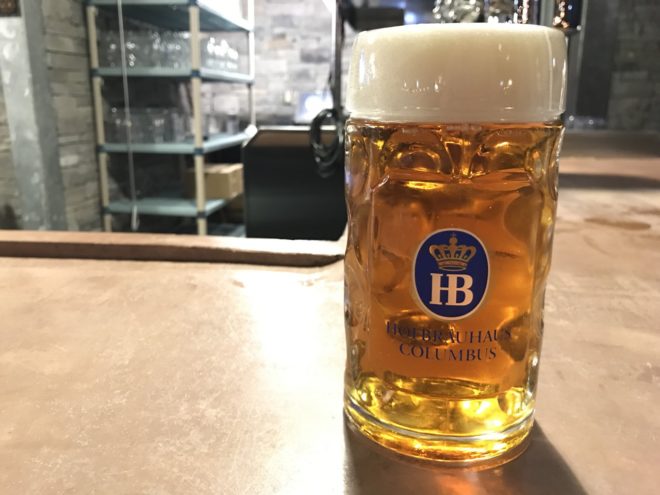 Before tasting their Dunkel (pictured above), I started with a half liter of their seasonal Marzen, which was light-bodied and sweet. Excellent for sipping. 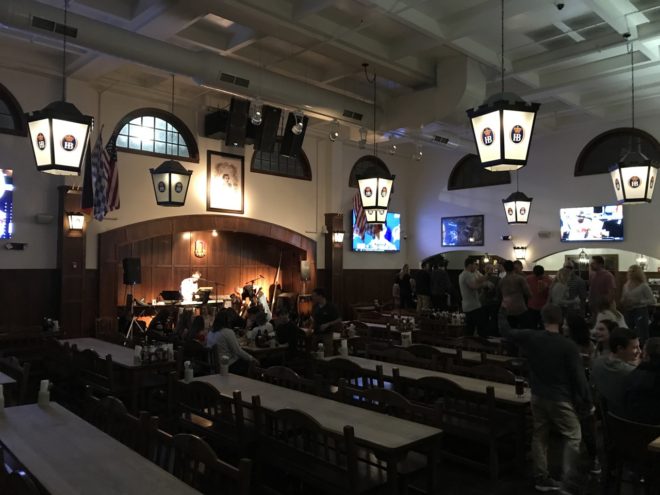 On our way out we spotted a band playing and guests dancing on the tables in the main beer hall. We’ll have to stop by again for dinner!

We several months in, but you can still start down the Ale Trail! Pick up a brew book at any central Ohio brewery or at Experience Columbus, and start collecting stamps. You’ve got until the end of April 2018 to visit all 37 stops in volume three. Learn more at cbusaletrail.com.